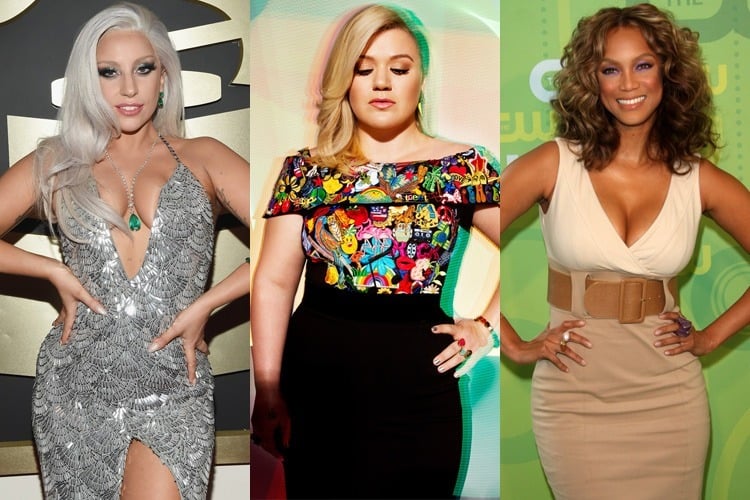 Celebs really have an enviable life, don’t they- From flashy cars to palatial bungalows and lots of money- so many of us wish that we had that life. But did you know that celebs are also those people whose life is always under scrutiny. People are always poking their noses into their lives and sometimes all this scrutiny takes a toll on them too.

One such topic that frazzles the nerves of both celebs and non-celebs alike is fat-shaming or body-shaming. People can be especially very mean on social media and often they would say certain things which would hurt anybody. But mostly, celebs are the ones who have to bear the brunt of such hurtful conversations. Not one celebrity has been spared. Whether it’s about being ‘too thin and sickly’ or being ‘too fat-faced’, celebs have had their fair share of tirades.

These celebrities too are humans after all and sometimes they will lash out too. In this article we picked up those celebs who have been picked upon on social media but they haven’t kept quiet and instead they have been very vocal about this dangerous trend. Let’s see what these celebs had to say:

First, Queen Lady Gaga should NEVER be insulted and secondly, so what if she was happy and gaining a little weight? It wasn’t affecting her music in anyway right? And Lady Gaga had a perfect response to this: She did not even think she should be replying to those negative comments! Instead Gaga chose to reply to those who had supported her. She just said one thing “I would rather be fat than shallow”. You rock Gaga!

“Kelly Clarkson’s Looks Like She Ate her Backup Dancers”

She is a happy mama and she is making happy music and please tell us how her weight is affecting her music again? (We have asked this question before, and we are asking this again-how are weight and music even related!).

After Kelly Clarkson had her baby, she was promoting her latest album ‘Piece by Piece’ in UK. It was then that British media personality Katie Hopkins came up with her obnoxious question, “Jesus, what happened to Kelly Clarkson? Did she eat all of her backing singers? Happily I have wide-screen”. Kelly was unruffled, but she did give Katie a piece of her mind with these words, “I’ve just never cared what people think. It’s more if I’m happy and I’m confident and feeling good, that’s always been my thing. And more so now, since having a family — I don’t seek out any other acceptance”.

We hope Katie (AKA obnoxious Fat-Shamer) has heard what Kelly said!

Well, reality check-All women DO! Cellulite is a part and parcel of our lives and even though most women have not made peace with this, Tyra Banks seems to have nailed it with her dialogue. At one time the paparazzi snapped Tyra Banks in the beach and most of these magazines highlighted the fact that Tyra was having frequent fluctuations in weight. Tyra did not CALM down and instead she sent over this message “”o all of you that have something nasty to say about me, or other women that are built like me,” Banks said, “women that sometimes or all the time look like this, women whose names you know, women whose names you don’t, women who have been picked on, women whose husbands put them down, women at work or girls in school — I have one thing to say to you. Kiss my fat ass!”

Celebs do lash back, after all, they too are humans, but most of them promote body positivity and that is something we should all learn.

Mother And Daughter Matching Dresses Are The Latest And Cutest Fashion...

20 Ways To Wear The Over-The-Knee Boots: Now Look Good In...