We have heard so much about Palestine in the news, but not in the right way. But there is always a bright side to every nation on this planet, and today we would like to focus on the colour Palestine fashion. Join us as we show you the real beauties in Palestine, in pristine traditional Palestine fashion, which speaks volumes about the hearts and souls of the lovely people there. We love showing you traditional dresses from across the globe and have in the past done so, hence this time let’s give it up for Palestine fashion, shall we?

In most cases, if you take a walk down and into the semi-developed zones of Palestine western fashion is still alien to many. Women here are proud of their tradition and culture and they love wearing more of Palestine traditional clothing than anything else. 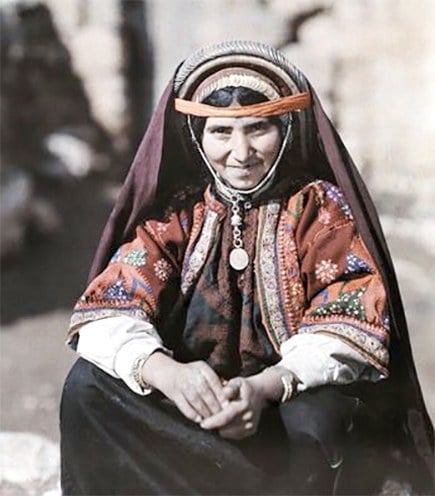 Usually it would be coats teamed with pants and shirts underneath, and some women wear THOBES along with veils which hang loose over their shoulders and their back. Girdles are worn by all women mostly to keep their garments in place, and girdles they wear are in various styles, shapes and décor, denoting the place they hail from. 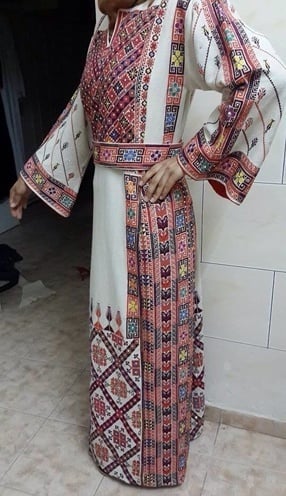 In The Northern Fringes

Women in north Palestine, quite close to Galilee and Nazareth, most women are adorned with bright and vibrant Palestine traditional clothing. Also known as the plain duraahs or the ornamented and very heavily embellished jiilayehs, women dress for day time or special events accordingly.

When the 1950s came by, the duraah and the jiilayehs were replaced with the gumbaz- a different type of Palestine traditional clothing, which had long sleeves with very long slits on the sides. Mostly worn over long sleeved shirts, the gumbaz was paired with ankle-length bottoms also known as the sirwal. Traditionally the pants were embroidered and narrow near the lower leg, but some opt for very plain ones too. 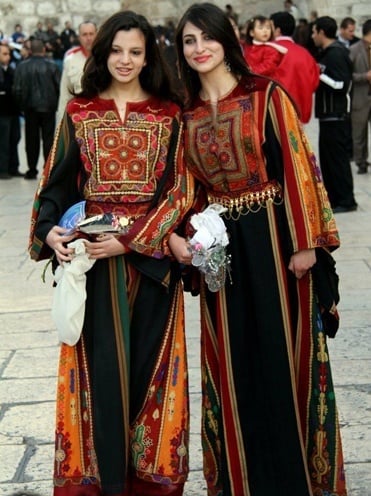 In the north, you would notice many Bedouin beauties wearing thobes in bluish black or light colored thobes with very long sleeves and a deep long neck. Embroidered seams for the thobes are the norm, especially around the hemlines, the neck and the bands that sit on top of the hem. Women here stick to white and black, with European touches to their fustans or long pants that are worn beneath their dresses. Whenever a special occasion or an event happens, women dress rich and luxe- dresses made in motifs denoting traditional dress of Palestine and rich bridal trousseau are the norm. appliqué and patchwork are haute trends in Palestine, trims too and the most distinctive feature amongst them all would be the qabbeh or the chest panel- a signature style of southern Palestinian female adornment in fashion. 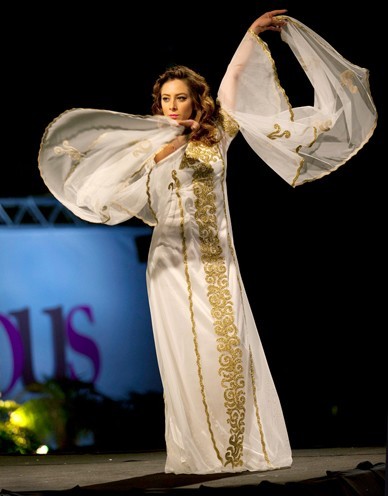 Bedouin women in southern Palestine wear voluminous dresses, mostly shaded black and light blue. The sleeves are winged and narrow with cross stitch embroideries to suit the zone and the region they come from. Bright colored dresses and fustans especially or thobes are seen on women near the region of Jericho, sometimes double their height and flowing. 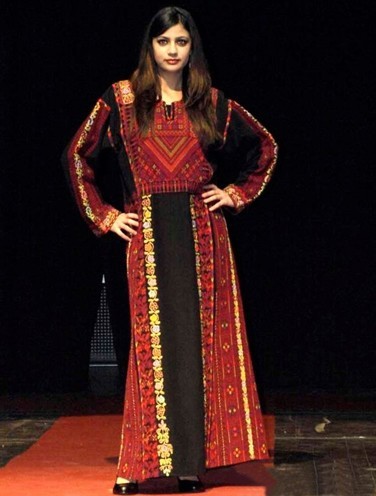 Headwear Worn By The Women In Palestine

Women in the north and if they are married wear the hattah- a scarf on the head and some wear the zurband which is a long train of fabric. There are married women and PYTs who flaunt the asbeh too. 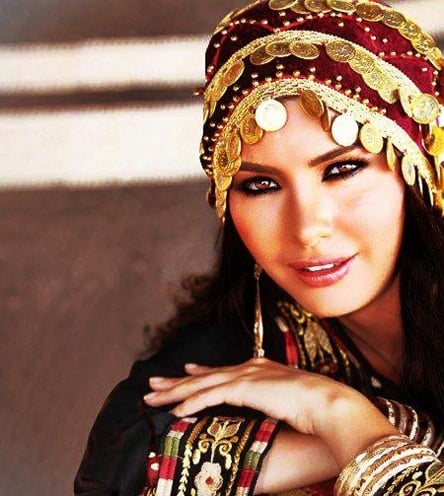 Women from the Druze clan wear white veils only, while the Bedouin beauties wear dark black to blue veils. 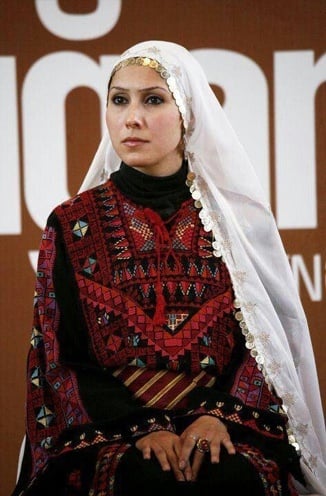 A tarbush is another headgear worn by widows and married women alike which helps cover the hair and the head. The headgear is embellished with coins.

[Also Read: Here’s What Turkey Fashion Is All About!] 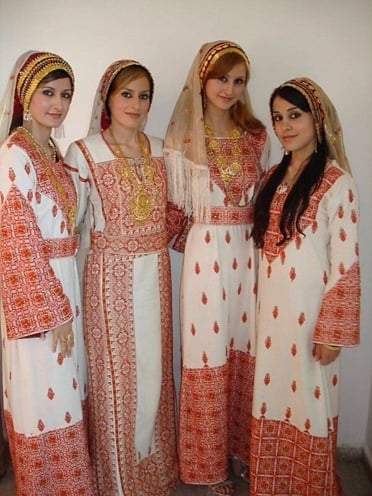 Malas or a bonnet is for the pristine unmarried women to wear, and when they reach their marriage age, they are told to wear the wuqa, embellished with a few coins. 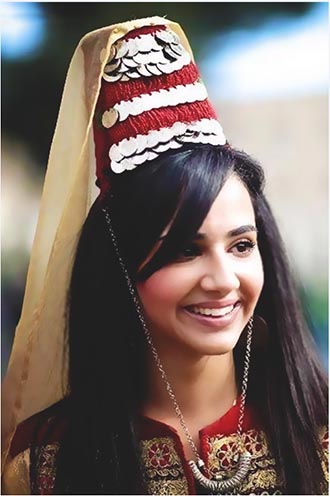 Bedouin unmarried girls wear the Hattah in the shape of a bag, while the married women wear it emulating a headband. Was this post on traditional dress of Palestine interesting for you? Do write in and let us know what you thought about the lovely Palestinian costumes and their traditional clothing beliefs!

No Makeup Selfies: Cancer Research Raised Millions by Doing Nothing

Throwback To The Women At SRK’s Birthday Bash At Alibaug

Take A Clue Or Two From Your Favorite Celebs On Holiday...

Rosacea Skin Treatment Tips And Can You Wear Makeup In Such...

Fashionlady - May 8, 2016 0
Rosacea is a hellish skin condition we all know about, and can cause plenty of eruptions on the face as well, with remissions and...