The biggest award ceremony on the land of Europe had rolled out its carpet for all the who’s who of the American and UK movie industry past weekend and we have all the fashion scoop you’ve been waiting for.

[ Also Read: The Starry Affair Of The SAG Awards With The Best Dresses Of The Year ]

We just can’t expect anything less from the La La Land star, she has been killing the fashion game since the release of her highly acclaimed movie and has done it yet again. Shimmering in a black Chanel Couture Dress, she brought the dreamy essence of her movie back to life in front of our eyes. The embellished gown came with a pair of matching trousers, something that reminded us of the traditional Indian Anarkali and salwar. All the shine of her ensemble gained some extra bling with Jewellery by
Tiffany & Co. 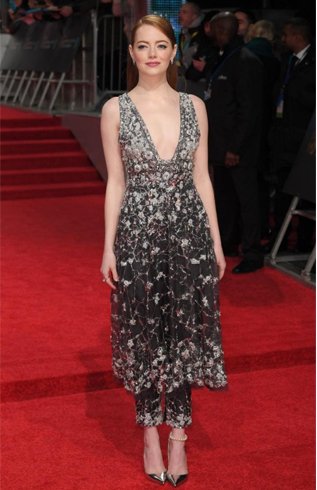 One of the distinct guests to honor the evening with their presence was the Royal couple. The duchess of Cambridge looked every bit the princess she is in a floral frock by her favorite designer Alexander McQueen. The off-shoulder floor-length number in black fit her like a glove and she accessorized her look with a perfect smile. 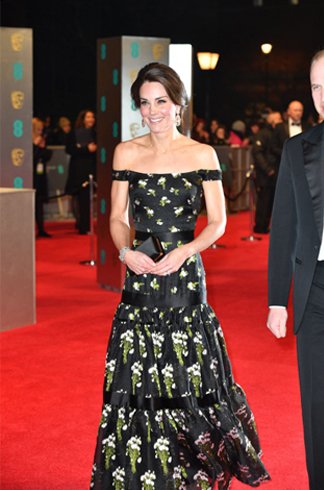 The beautiful star of Moonlight looked lit at the Brit Academy Awards. We are loving her choice of
Gucci gown in the pastel shades of pink and peach. To keep her ensemble simple yet put together, she wore a pair of Atelier Swarovski earrings. 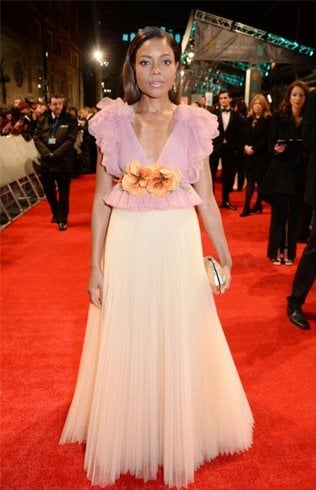 How can we not go head over heels for the magnificence that is Nicole Kidman? She played a mother to a grown ass man in Lion, but heaven – have mercy. Doesn’t she look like she is still enjoying her mid-twenties in this exquisite outfit from Armani Prive. Her dazzling bodice featured a plunging neckline that made enough room for those 130 carats of Harry Winston Diamonds to slip in.

[ Also Read: British Fashion Awards 2016 – Whatever Is The Best In The Fashion Pond ] 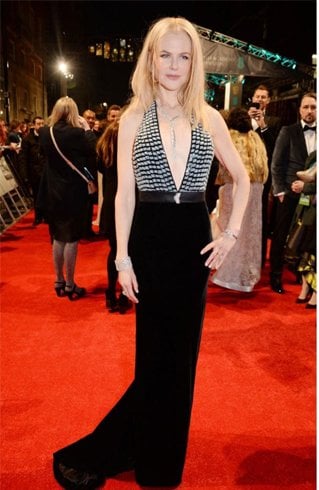 Apparently Kate Middleton wasn’t the only one to have turned to the British designer. The next one to make a red carpet entry to the BAFTA in an Alexander McQueen was Emily Blunt whose spectacular black gown displayed elegance accompanied by maturity of choice. The multi-colored embroidered bodice sat perfectly above the ruffled skirt of the gown. We appreciate that she kept her make-up and hair do neat. The actress is one of those who don’t need an outfit to shine out in a crowd, her outstanding performances in movies year after year testify her brilliance. After a moving speech at the Golden Globes, the veteran artist walked the red carpet of BAFTA in a custom Givenchy suit sowed by Riccardo Tisci. 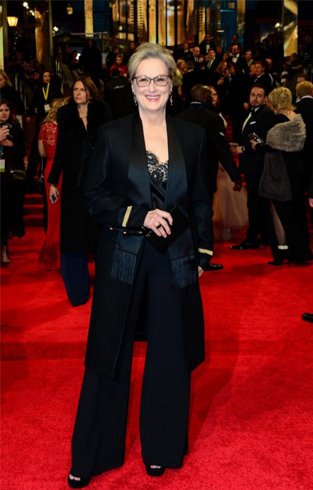 Having rocked the award nominations, the applauded star of Manchester by the Sea rocked the Royal Albert Hall dressed in an illuminous mini dress designed by designer Nicolar Ghesquiere for Louis Vuitton. We find her side swept short hair do very interesting and unique. But what appears to be more interesting is the face depicted on her sequenced ensemble – any guesses who that is? Penelope had quite a rough night, but then you will have some thrill when around the royals – so never mind! I am sure she enjoyed her little discomfort. Her glittery gown looks happy though, and certainly helps her shine out. But…is that fabric, or is that very fine wires of metal woven together? The world may never know! 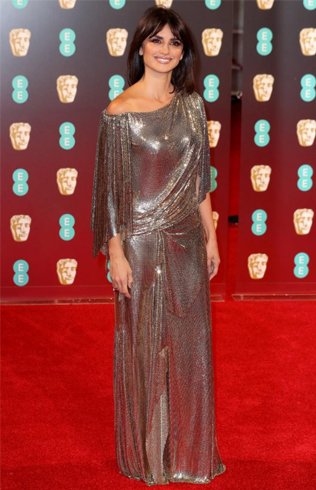 After her rock solid performance in Fences, Viola Davis was spotted in a fabulous Jenny Packham gown. Her strapless number with its sweetheart neckline and dual tones of blue was shimmering on the actress, so did her vibrant smile. 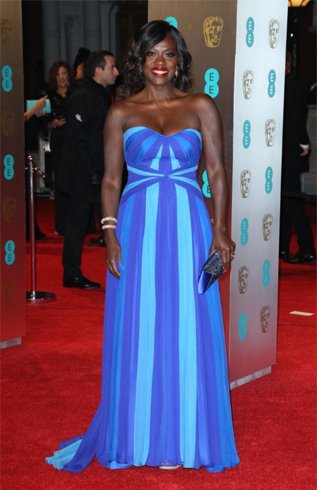 The first time this 20 year old had cast a spell on us was in Maleficent, and she did it again on the evening of Brit Academy Awards looking like sheer enchantment in her powder blue Miu Miu gown. 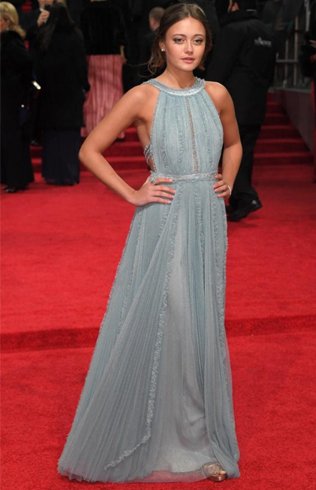 Those were our best picks of the evening. The hustle never stops during this time of the year. Will see you again with all the ‘Yeah’ and ‘Nay’ from the Oscars Red Carpet. Stay tuned.
Images Source: telegraph.co.uk

3 Recent Bollywood Inspired Sari Styles That Floored Us All