Well, the most covetable and influential covers of October 2018 are finally here! These magazines provide their own inspirational stories and fewer ads. Even more noteworthy of October magazine issues are it brings serious diversity. Tess Holliday, Janet Jackson, and Lady Gaga got covers this month. It is also a great comeback month for Rihanna, Selena Gomez, and Nicole Kidman. See all this in our roundup of the top international magazine covers of October 2018.

Check out the best of International magazine covers here-

The model is turning 22 this month and is featured in the cover of Harper’s Bazaar Arabia for the October 2018 edition looking every bit an Arabian Princess. Bella captivates on the cover issue, styled by Michelle Cameron and photographed by Mariano Vivanco. She is seen in an emerald green Valentino costume which beautifully complemented her blue eyes. 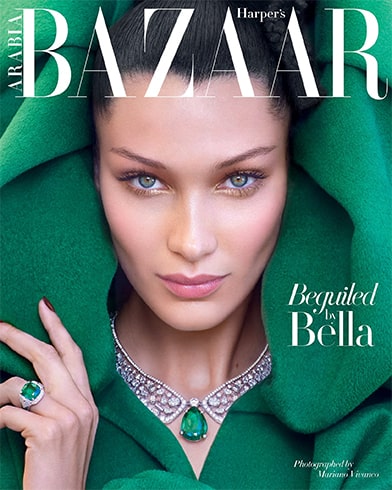 For the inside spread, Bella captured the brief of an Arabian Princess and Italian diva on-set beautifully.

C-She posed in a bustier and skirt by Versace and Erdem shoes. The look was rounded off with necklace by Bvlgari Wild Pop High Jewellery with pink gold silk scarf.

R- In a dress by Marine Serre and Bvlgari High Jewellery Heritage yellow gold brooch in diamonds, emeralds, and coral.

Selena Gomez for Elle US:

Singer Selena Gomez took a hiatus from the mayhem to find new purpose to her new work. But she is back and gracing the October cover of Elle US. Shot by celebrity photographer Mariano Vivanc and styled by Anna Trevelyan, Gomez is seen in a relaxed suede fringe jacket and bare legs. 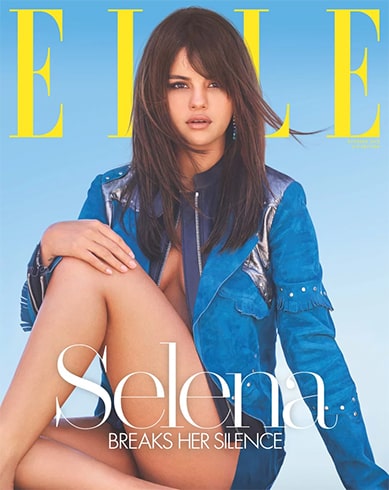 The accompanying spread features Selena in designer party-ready wear of Coach, Chanel, Versace, and others. Here is a heartfelt message the singer released on the same day the cover story got released. Gomez posted this message on her Instagram.

Jackson Jackson is looking radiant in the coveted issue of InStyle magazine. The cover shot was taken by Robbie Fimmano and styling done by Julia von Boehm. Jackson is seen wearing jewels from Messika including a diamond bib necklace and bracelets from John Hardy. 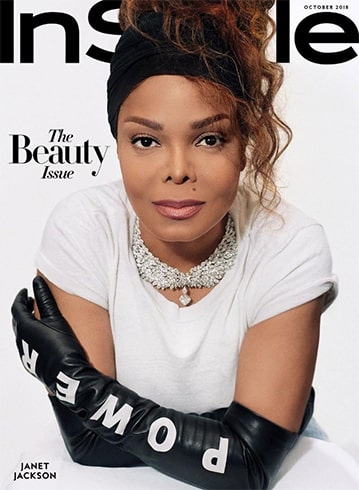 Here is the inside spread featuring the songstress in a strange, but beautiful blend of casual athleisure and custom jewellery.

L- Cool and casual in John Hardy’s bracelets and Piaget bracelets with tassels.

C- The look is easily drawn towards the Messika Paris necklace finished with Power black gloves.

R- Her Athleisure look has a surprising tinge of Tiffany & Co necklace to it. Nicole Kidman for Marie Claire US:

In recent months Marie Claire has come up with stunning covers featuring the likes of Emily Ratajkowski and Zendaya. They are pulling all stops, by landing actress Nicole Kidman for their cover issue of October 2018. The look was photographed by Thomas Whiteside and stylized by Joseph Errico. Nicole is wearing a Salvatore Ferragamo dress and belt and a ring of her own. For the inside spread, Nicole is seen in an overload shade of red from her red hair to the studio backdrop.

L- Looking svelte in a Givenchy jacket and dress.

R- Rugged yet charming in a dress, necklace, socks, and boots by Chloé. Christina Aguilera for Cosmopolitan US:

The pop star features in a cover interview for 2018 Cosmopolitan issue wearing a classic white jacket by Camilla and Marc, Escade pants, and Bulgari necklace, rings, and bracelet.
Let’s take a sneak peek on the inside images:

Christina is wearing a white coat by Noram Kamali and Brian Atwood heels. 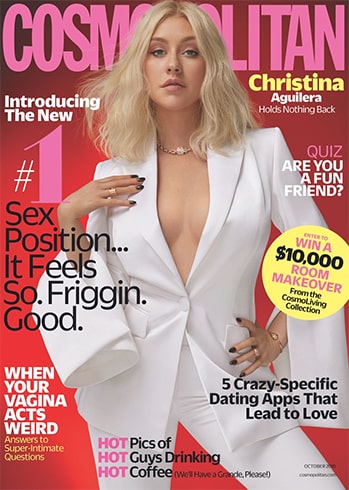 At the 22nd annual, Best of Beauty issue Allure announced their new cover starlet: Rihanna. The singer is the originator of Fenty Beauty and for the first time Allure has given a Breakthrough Award for the same. The cover shot was photographed by Nadine Ijewere, styled by Jahleel Weaver, hair by Yusef Williams, manicure by Maria Salandra, and makeup by Priscilla Ono. 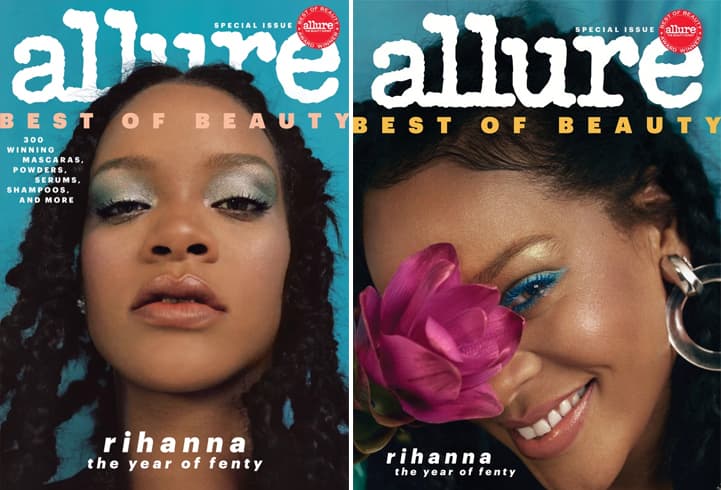 Rihanna’s spread in the magazine features five ensemble changes featuring a tweed jacket and orange trench coat. Her look was styled by Jahleel Weaver and each piece of the outerwear was paired with distinct

C-The Work Singer most alluring look is the metallic beauty look given by makeup artist Priscilla Ona. Her tongue is slathered in Glass Bomb, a lip luminizer shade of Diamond Milk.

R-Her most vibrant look in the spread is the orange trench coat and snakeskin boots. 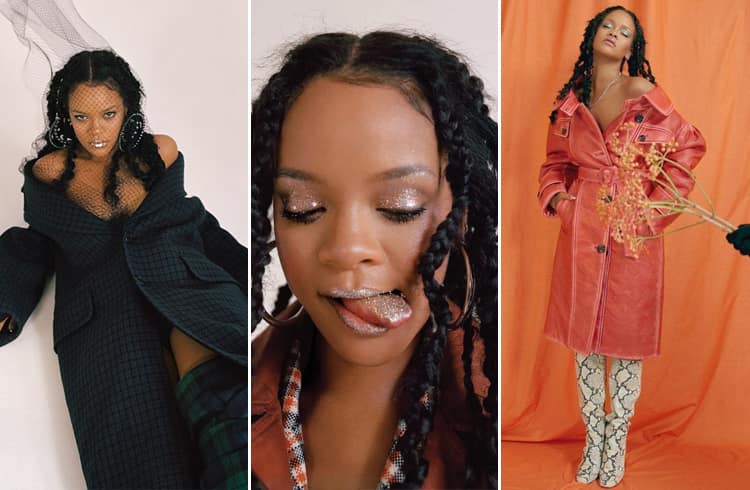 We are inspired, aren’t you?Which magazine cover you prefer the most? Share with us in the comments below. We look forward to hear from our lovely readers!

Images Source: Official social profiles of the celebs/designers/magazines mentioned with in the article.