She is fondly called PeeCee. She won the Miss World crown in 2000, when she was all of 17. She started as a Bollywood star, but is today most loved as Hollywood star. She is slaying red carpets, inspiring millions the world over by setting new trends each day. Our desi girl has won hearts in her strapless gowns, sheer gowns, sequined dress, velvet dress, formal suits, couture gowns and many more. One can never have one’s fill knowing the sensational and desi-born international star Priyanka Chopra. 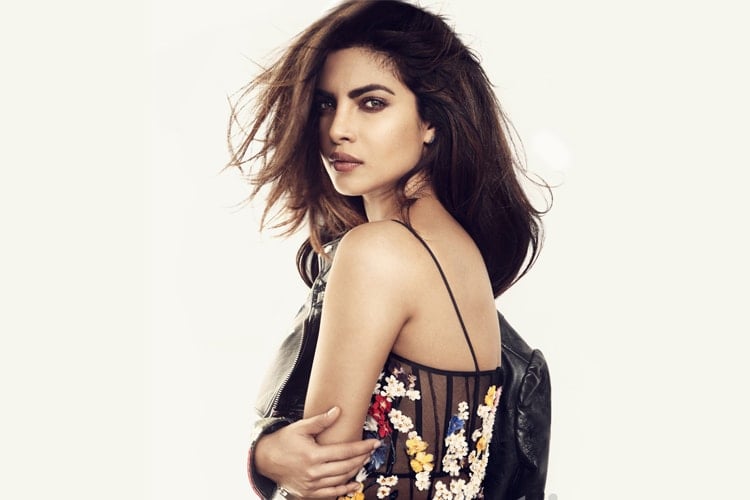 Priyanka Chopra Biography is going to be exciting. She was born to physician parents Madhu Chopra and Ashok Chopra (an army man and a Punjabi from Ambala) who moved quite a bit as she grew up. Traveling from one place to another worked in favour for Priyanka as few years down the line, she was all set to become a global bird. 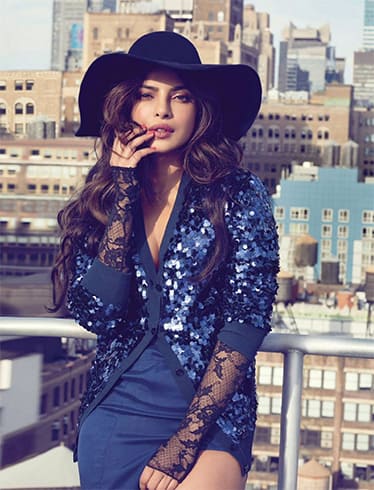 Childhood Things: Priyanka Chopra was schooled in different cities across India. So, she had the travel bug at an early age. At the age of 13, she was sent to the United States for further studies. Abroad in America, PeeCee took keen interest in dancing and singing activities, besides academics. In the heart of heart, she wanted to be a criminal psychologist or an aeronautical engineer. When she came back to India, she took part in the Femina Miss India contest. And the rest is history.

Childhood achievements with age: Priyanka was an artist since her childhood days. When she was in Army School of Bareilly, she won ‘May Queen’ beauty contest. After winning this competition, Priyanka’s interest began to grow in this field. Few years later, she bagged the crown of Miss World in 2000. Despite being dark-skinned, her courage and determination opened a world of success and new possibilities for her. As a child she loved to play in the valleys of Leh (the cold desert region of Jammu & Kashmir).

She once said, “I think I was in Class 4 when I was in Leh. My brother was just born. My dad was in the army and was posted there. I stayed in Leh for a year and my memories of that place are tremendous … We were all army kids there. We weren’t living in houses, we were in bunkers in the valley and there was a stupa right on top of a hill which used to overlook our valley. We used to race up to the top of the stupa”.

Which age she was Famous: At the young age of 18, Priyanka Chopra won the Femina Miss India contest in 2000, where lo and behold Shah Rukh Khan was one of the judges.

Many of you must be under the impression that Priyanka Chopra entered stardom with her Bollywood debut film The Hero: Love Story of a Spy (2003). But she made her debut with a Tamil film Thamizhan the same year in 2003. Let us browse through her fame-list which is taller than her height: 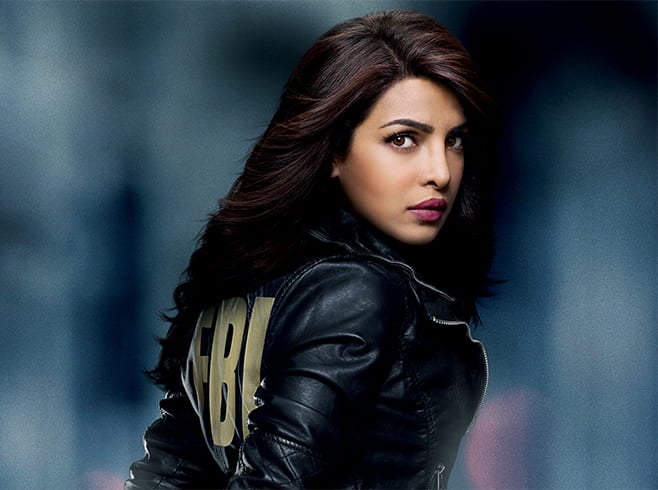 Winning Miss India and Miss World titles opened the doors for PeeCee in Bollywood and beyond. Priyanka Chopra is a born performer and achiever. In her career span, she has won a total of 131 awards. Her name has been included in the ‘Hundred Most influential People in the World’ by TIME magazine in 2016. Here is a round-up of the award-list of Priyanka Chopra, year wise: 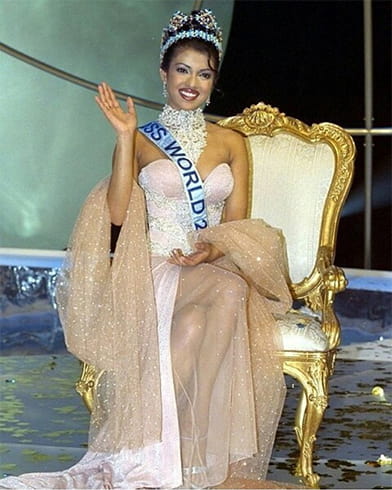 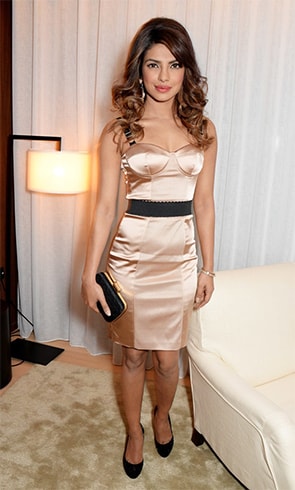 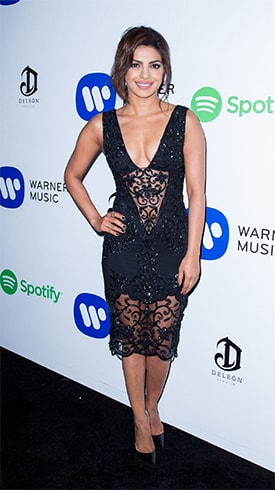 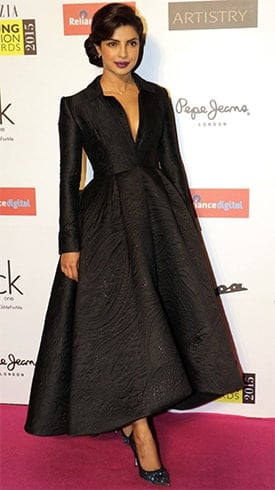 January 9, 2016: At the 2016 Winter TCA Tour – Disney/ABC in California in a black dress with cut-outs asymmetrical. 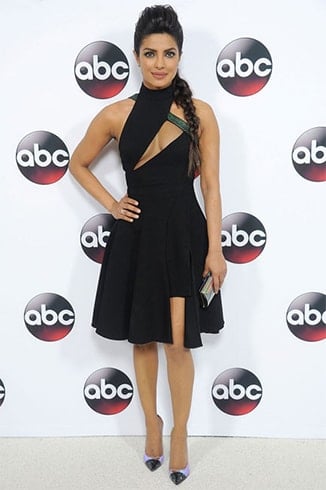 February 28, 2016: At the 88th Annual Academy Awards in a sheer strapless white gown by Zuhair Murad. 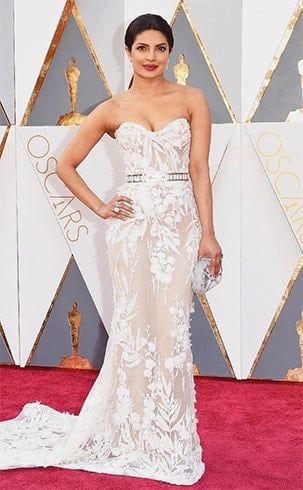 April 12, 2016: Priyanka Chopra at the Padma Awards ceremony in New Delhi where she received the Padma Shri from President Pranab Mukherjee. 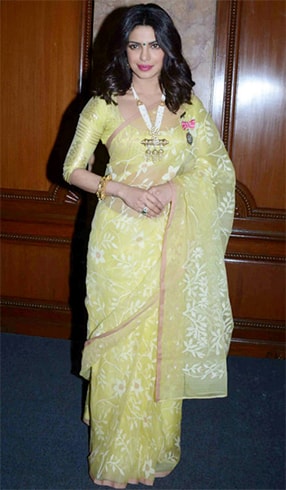 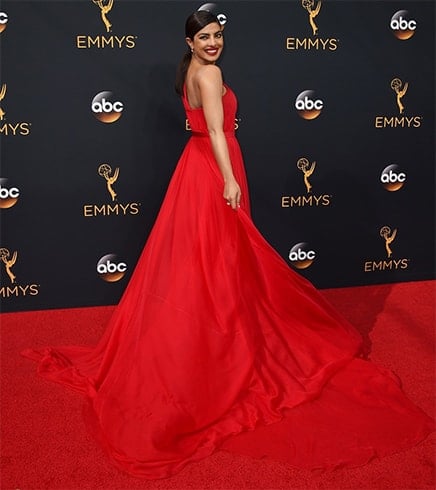 February 26, 2017: Walking the red carpet at the 89th Annual Academy Awards in Hollywood is Priyanka in a white geometric gown by Ralph & Russo. 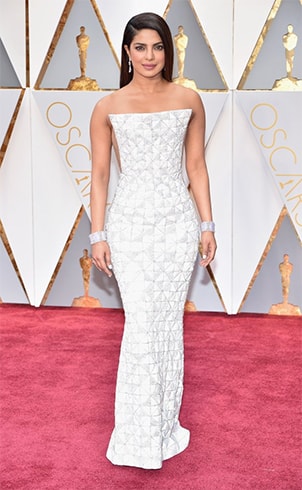 May 1, 2017: Priyanka Chopra virtually slayed the fashion world in her pretty bold Ralph Lauren trench coat gown which had the longest train ever on the red carpet of 2017 Met Gala at NYC’s Metropolitan Museum of Art. Silver earrings, black booties, messy top knot and smokey eye makeup were the finishing touches. The best was when she posed with her future hubbie Nick Jonas who wore Ralph Lauren Purple Label. 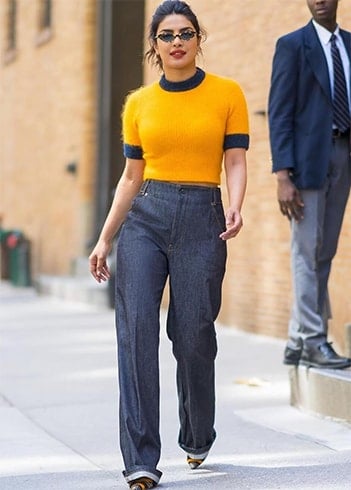 May 19, 2018: Here she is, Mrs. Nick Jonas at the wedding of Meghan Markle-Prince Harry at Windsor Castle in a muted lavender skirt and blazer by Vivenne Westwood paired with an elegant floral fascinator. 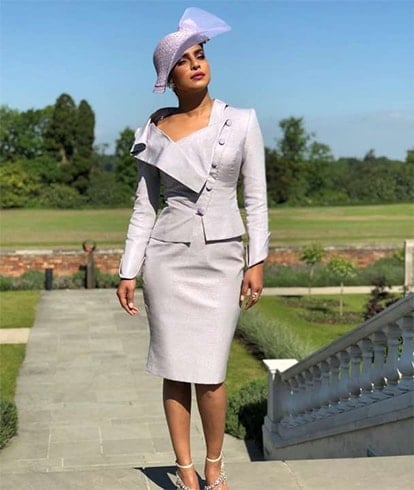 When it comes to magazine covers, Priyanka Chopra has proved she deserves the title of ‘world’s most beautiful’. Here are some magazine covers for international magazines where PeeCee looked breathtakingly beautiful. 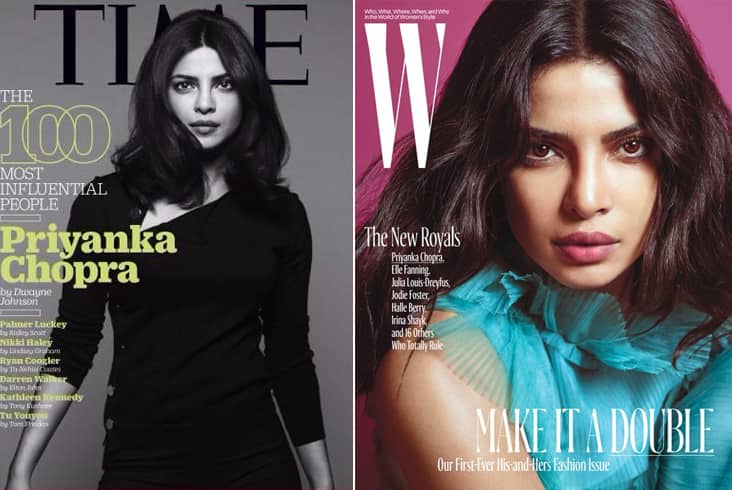 You must be dying to know the beauty products PeeCee uses. Here they are – the most popular of them are mentioned below.

PeeCee’s favorite makeup artist? For the Sept 2016 cover of FLARE (Canada’s fashion magazine), Mario Dedivanovic was the legendary makeup artist for the shoot. 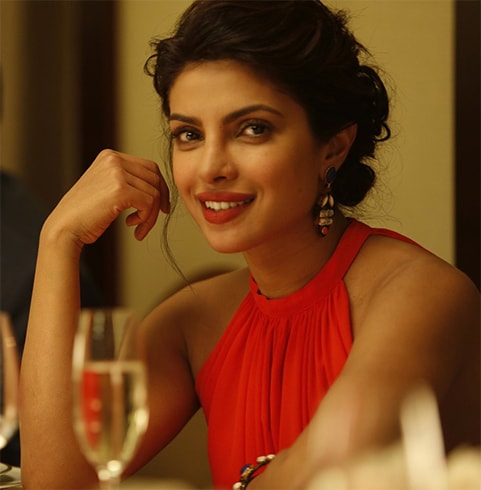 Her makeup skills are all on point. That’s why she looks Instagram-perfect all the time.

Though sghe prefers the Metallic makeup in the day, also making it a trend among young women.

She prefers Matte Lipstick and is often seen with mascara making this her favorite go to combination.

We all must be eager to know about Priyanka Chopra Fitness Secrets. What does she eat and drink to boast of such an impressive figure? As for Priyanka Chopra Height it is 5 feet 61/2 inches and Priyanka Chopra Weight is 55 kg. For all weight-watchers, Priyanka Chopra Diet Plan includes coconut water after every two hours, a glass of skimmed milk, veggies, fruits, two eggs or oatmeal, dal, salads, soup, Turkey sandwich, grilled chicken or fish. Her exercise regimen includes running on treadmill for 15 minutes, yoga, push-ups and reverse lunges, resistance training, running, etc. 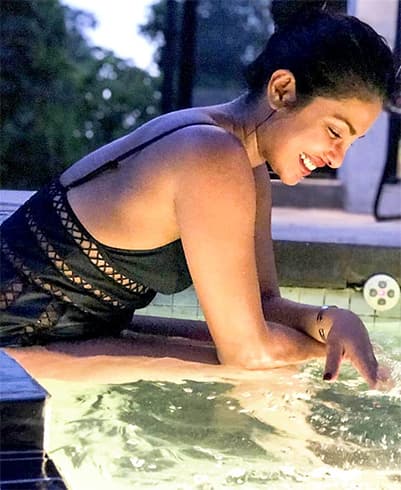 Priyanka Chopra has been the face of prestigious brands. The list is as under:

Apart from the above, PeeCee is the Global Goodwill Ambassador for UNICEF. Priyanka Chopra is the proud recipient of 2 People’s Choice Awards out of the 126 awards won. But what is heartening to know that in 2017 she got the Mother Teresa Memorial Award for Social Justice for her philanthropic work.

Priyanka Chopra Social Profiles will show you how blessed she is with love from fans across the globe. Here are the official account URLs of her social media platforms:

Feisty, fearless and fabulously talented, this is Priyanka Chopra Fashion Profile for you. Love her, admire her or be her fan follower, you can’t just ignore her. Tell us how you found this article in the comments below.

What Is Cushion Compact Makeup: All You Need To Know