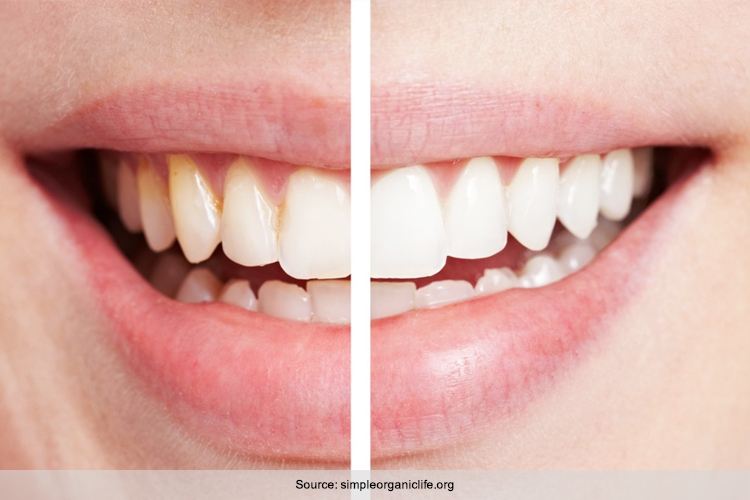 Tooth pain or bleeding gums are the two reasons why most of us seek medical attention. How many of us go to a dentist when we are down with white gums around teeth. Chances are few and far in between.

Any clue you have on white gums around teeth? Why does it happen? What makes gums look white around teeth when usually healthy gums are pink in color? Let’s find out more about this oral condition in this article here.

What Are White Gums?

White gums are nothing but discolored gums. They may occur due to multiple reasons – right from poor dental hygiene habits or even more serious health issues like Oral cancer. Hence, if you notice your gums appearing abnormally pale you must consult a doctor to find out the exact cause and the apt treatment for it.

Though the medical world is yet to determine the exact cause behind white gums around teeth, the following are the most common reasons why they develop:

This is a bacterial infection of the gums. What makes it happen? Poor brushing of teeth and flossing habits. Which is why gums turn white and begin to recede. Loose teeth, red and inflamed gums and bleeding gums (at the time of brushing or flossing) can cause gingivitis.

Painful ulcers that occur in your oral cavity. They usually appear on the lower parts of the gums, underneath the tongue, even inside your cheeks. The canker sores cause a stinging pain every time you ingest anything.

What is the color of canker sores?

Well, they have yellow or white centers. If they develop at the bottom of the gums, then they can make the gums look white. But if the white color is all over your gum line, then canker sores are not to be blamed.

This is a medical condition in which the quantity of red blood cells in the body decreases. As you know, red blood cells (RBCs) are essential to supply oxygen throughout the body. Anemia can happen due to multiple reasons – either due to a poor intake of iron (in most anemia cases, lack of iron is the foremost reason) or even vitamin B 12 in your diet. Pale skin, therefore, is a natural fall-out of anemia. This condition in acute cases may also affect your gums leading to white gums around teeth.

Also called THRUSH, Oral candidiasis is a kind of yeast infection which develops inside the mouth. The fungal infection may look white or red (sometimes both at the same time). But if the fungus spreads to gums, then they will look white in color.

The gums turning white around teeth is also called “Leukoplakia”.

The Mayo Clinic defines leukoplakia as a condition where thick, white spots form on the gums, the bottom of the mouth and inner cheeks. The white spots on gums around teeth can even form on the tongue. The sad part is they can neither be rubbed nor scraped off the surface on which they have formed.

Sometimes white gums can be the first signs of oral cancer (also known as oral cavity cancer). This cancer can quickly spread and affect your gums, roof of the mouth and tongue. Thin white or red bumps can develop around these areas in the mouth.

Got a tooth extracted by a dentist? The gums near your tooth might turn white as a result of the trauma of the procedure. After few days, the gums should get back their original color.

After a teeth-whitening procedure, sometimes your gums may turn white. This is a temporary side effect of the chemicals used for this cosmetic procedure.

Tobacco use in any form and chronic alcohol abuse can’t be neglected. They share an equal blame for causing painful white gums around teeth. Though most cases of leukoplakia are benign, sometimes it can be an early indication of oral cancer.

Did you know, canker sores are the most manageable causes when it comes to white gums?

If a canker sore is stubborn enough not to vanish off within 14 days, it means that the ulcer is serious and should not be ignored. If you have multiple canker sores all at the same time, then your dentist might suggest a ‘prescription’ mouth rinse (it is not the same as the conventional mouth rinse you do). The doctor can also suggest a topical ointment. If all treatment options fail, then oral corticosteroids might be recommended to you.

This calls for dietary changes so that you get the right dose of iron and vitamin B12 to have a healthy count of the red blood cells in your body. Vitamin C supplement can also be considered as this nutrient helps your body absorb iron more efficiently.

For diagnosis of leukoplakia, a biopsy might be taken from one of the patches on your gums. All in all, lifestyle habits need to be corrected which make the patches happen in the first place.

E.g. – if you smoke, then what is the lifestyle habit you need to correct? Stop smoking, what else?

Unfortunately, oral cancer is usually detected only after if it has spread entirely in the mouth right down to the lymph nodes. Therefore, its treatment includes chemotherapy and surgical removal of the affected parts of your mouth or lymph nodes.

In short, oral cancer is the most serious cause of white gums around teeth. This means it needs immediate treatment so that the malignant cells do not spread across other parts of your body.

A Word Of Advice –

If you find any unusual changes in your mouth or your gums, which do not heal after 1 or 2 weeks, then it is time to see your doctor or dentist.

I hope you found this article on white gums around teeth informative and thought-provoking.

Did you suffer from white gums? Do tell us more on this subject by sharing your experience with other health watchers here.

9 Tips on How To Do Online Shopping This Holiday Season

Get Ready To Be Inspired By Our List Of 10 Bajuband...

How To Get Rid Of Back Fat