The last month of the year is here and we can’t believe it. As swiftly as the year passed, the fashion has moved along with equal pace, don’t you think?

The fashion circuit has electrified the December edition of magazine covers for this year with a shot of elegance, beauty and sensuousness.

Continue reading on who made it on the magazine covers this month:

Stepping the stones of stardom, Jennifer Lawrence featured on the Vanity Fair and disclosed every bit of her life right from superstar BFF’s to the key to her success. She popped out a silky red look on the cover in Dior gown. With windswept blonde tresses, red hot lips and barely accessorizing, she kept our attention rooted to her captivating look. 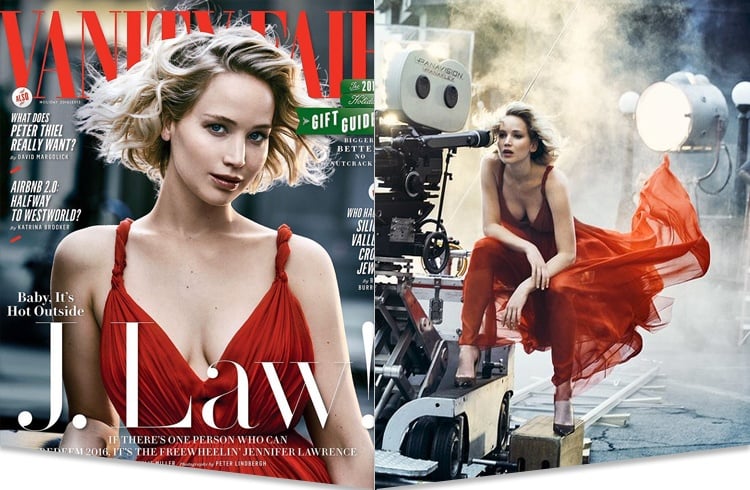 Scroll down to flip through the photoshoot by Peter Lindbergh 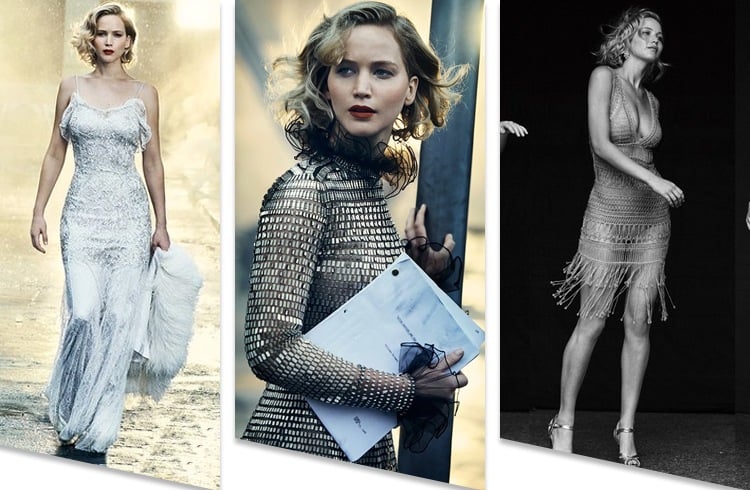 The tall and beautiful top model, Karlie Kloss landed on the cover of Elle, Spain and she looked enigmatic. She posed in a black and white outfit that had a plunging neckline and sheer thigh high slit while Derek Kettela captured her on his lens. 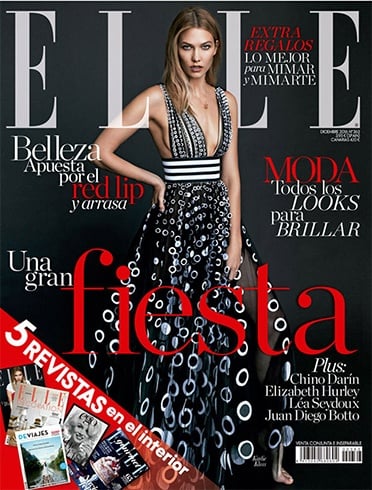 Harry Josh, the hairstylist, brushed her hair soft and easy with a mid-partition. Colleen Creighton, the makeup artist gave her the most natural look and highlighted the magnetic eyes.
Here is one more look to feast on.

Styled by Immaculada Jimenez and assisted by Daniela Gutierrez.

The unmatched beauty of the Spain, Penelope Cruz, who is the heartthrob of millions, graced the Vogue, Spain magazine for the December 2016 edition. Sensuousness overloaded was her still on the cover in an Agent Provocateur lingerie and Burberry coat worn over one shoulder. 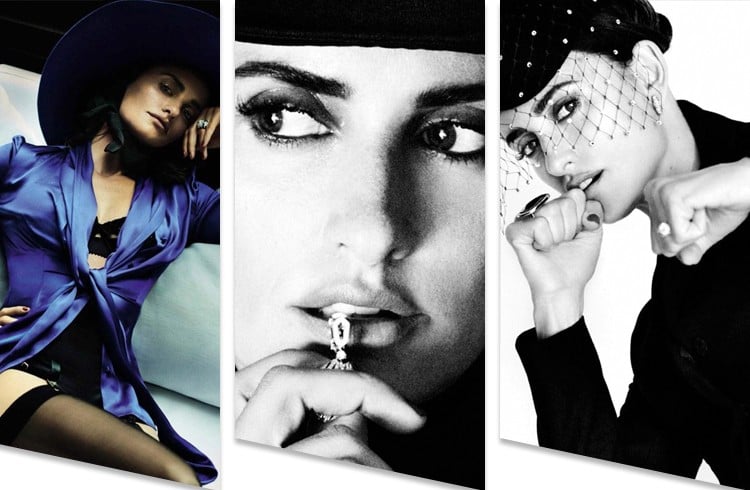 Lady Gaga, the songstress who made the whole world go gaga over her beautiful voice and bold fashionable choices, landed on the cover of Harper’s Bazaar for the December 2016 edition. She chose to speak her version of being a lady and we can’t wait to know her perception.

On the cover, she looked stunning in a Carolina Herrera gown and a Gladys Tamez Millinery hat. 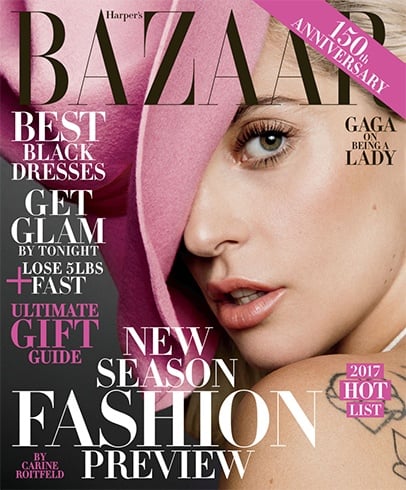 R – Lady Gaga without her signature style boots is incomplete and hence she was clicked in a Marc Jacobs dress and boots with J Brand shorts. Her other accessories include Preston and Olivia hat, Chopard earrings, Cartier ring, Harry Winston brooch and Nicolas Messina tights.

Michelle Obama On Vogue, US

The former First Lady, who carried herself with great elegance and dignity opened up about her eight years of dedication to America in the December edition of Vogue, US.

We have to admit that the lady has always lived up to the fashion style, keeping track of the evolving trends. For the cover image, she was clicked relaxing in the garden in a Carolina Herrera dress. She added Monique Pean earrings and Hearts on Fire ring. Her tresses added appropriate volume and shine and this was done by Johnny Wright. Carl Ray, the makeup artist used nude shades for the natural look. Here are few more stills from the photoshoot 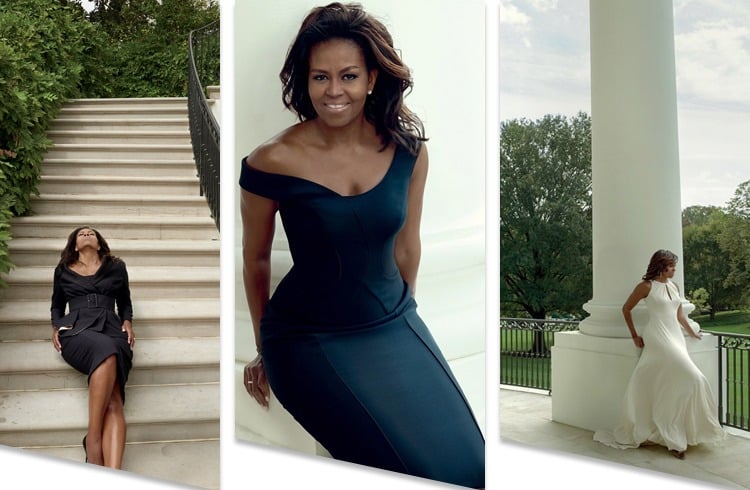 Keira Knightley, the British actress turned the cover shoot of Harper’s Bazaar, UK, the December 2016 edition into a lazy and dreamy affair. On the cover, she rolled out a leisure look in a Chanel dress. Ben Skervin, the hairstylist brushed her hair leaving a ruffled feel and Kay Montana, the makeup artist highlighted perfectly her chiselled features. Stunning and like a dream come true was her photo-shoot.

Styled by Leith Clark and captured by Alexi Lubomirski. Jennifer Aniston, the lady who tickled us into fits of laughter with her comedy show FRIENDS, featured on the newsstand cover of Marie Claire this December 2016. Michelangelo di Battista, the fashion photographer captured the beautiful frame of Jennifer Aniston in a striped Michael Kors dress for the cover image. 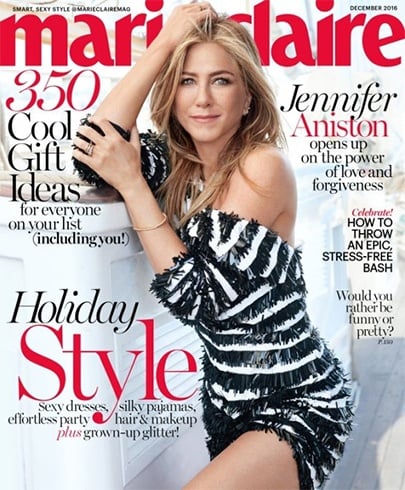 She makes us fall in love with her over and over again with these icy hot images. 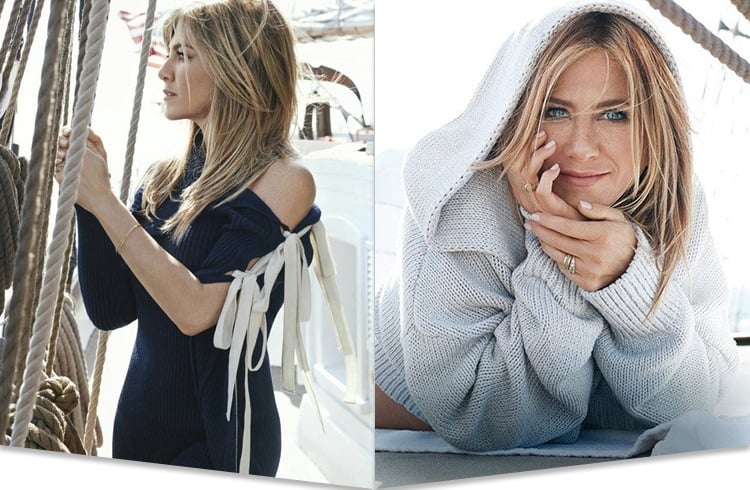 Calling herself a wild card, the Australian actress talks of her spontaneity in real life with Town & Country magazine team. She landed a heavenly cover image for their December edition in a Dior Haute Couture dress and Tiffany and Co. sparkling jewellery. With a sleek up do and natural tone of makeup, she rounded her look. Max Vadukul, the fashion photographer captured her sophisticated stills in Dior Couture along with dazzling Tiffany and Co. jewellery. Reese Witherspoon On Instyle, US

Thomas Whiteside, the fashion photographer lensed the actress, Reese Witherspoon majestically for the cover of Instyle, US and we totally admire it. The focus of the December edition of the magazine remained strongly with the diva’s bold lip, gorgeously tousled blonde locks and dazzling baubles instead of the apparel.

On the cover, she posed in an Armani dress and added dazzling gems from Tiffany & Co, Chanel, Messika and Debeers. 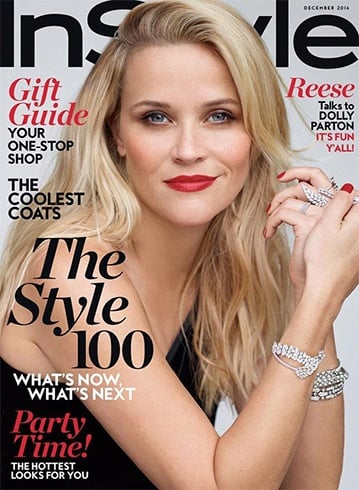 Scroll down for a glimpse of the photoshoot. 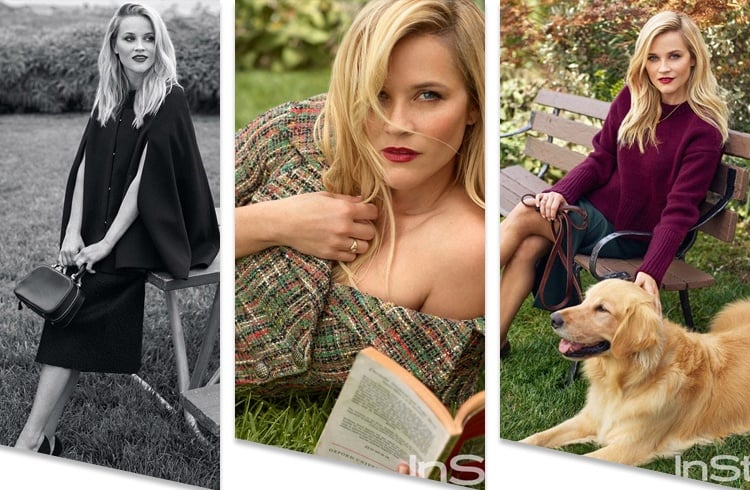 The Australian actress graced the cover of the Elle Canada, December 2016 and she looked like a doll in the Joe Fresh off shoulder shirt. Max Abadian, the photographer excellently captured the tousled waves given by Ken O’Rourke and natural makeup given by Lisa Storey. 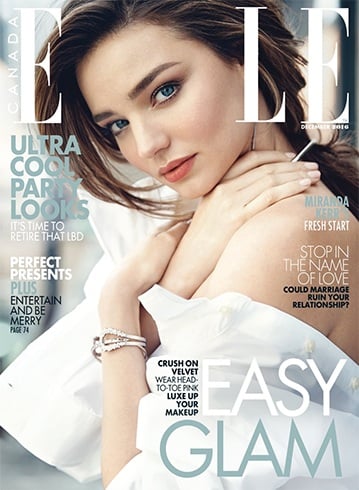 None to beat are her stills from the photoshoot. Being a fashion designer herself, Gwen Stefani knew exactly well how best to grace the cover of Glamour for the December edition and she did a wondrous job. She went a bit old-school style and held a leather jacket over one shoulder of a multi-coloured dress. The glossy finish of the bold lip sparkled her look. 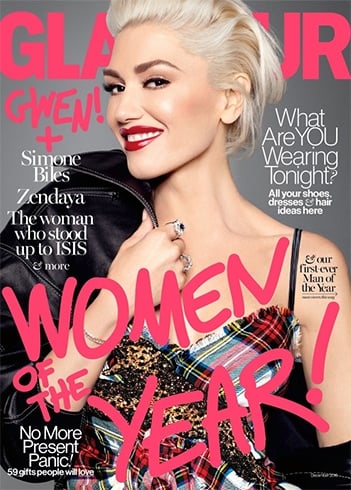 The songstress seems to have enjoyed her photoshoot, check it out here: Adele, the songstress who knocked us off with her beautiful honest voice, featured on the Vanity Fair magazine cover for December 2016 in a black ensemble with voluminous hairdo and right on the mark makeup. Here are few more images of the photoshoot for your delight: 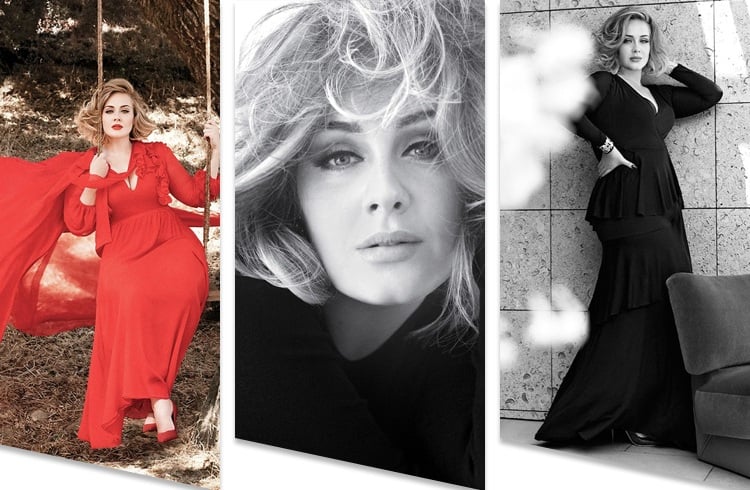 The 17-year-old daughter of the famous Johnny Depp, who is being addressed as the fashion’s dream girl graced the cover of the Vogue, UK magazine this December. In Chanel’s latest collection, she posed in style while Bruce Weber, the fashion photographer clicked away gorgeous looks of her. 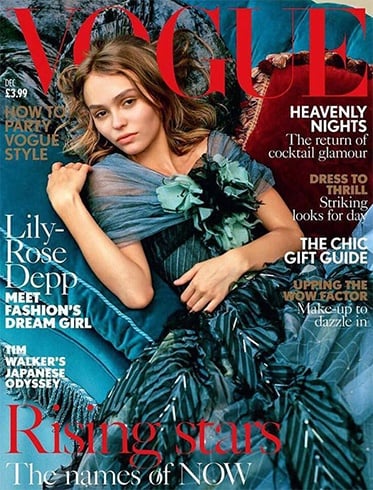 Though we can’t help but notice the absence of Bella Hadid on magazine covers this season, we are absolutely delighted to have Gigi Hadid gracing two covers, one being W, Korea.

She turned the cover of the W magazine into a vibrant affair with pompous shades of outfit. She picked brands like Tommy Hilfiger and Miu Miu for her enticing photoshoot. With bold and beautiful shades of eye shadow and lip colors chosen by the makeup artist Georgi Sandev, bouncy hair by Luigi Murenu, she closed her photoshoot with a great vibe. Check out her alluring photoshoot here: 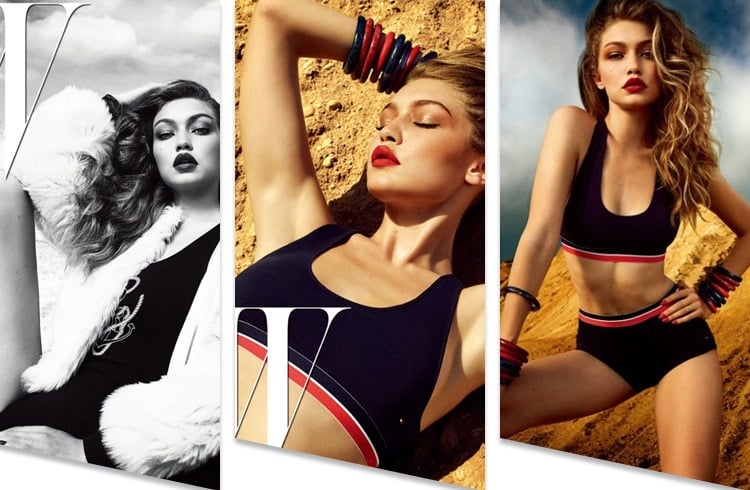 Jessica Chastain, the talented and dynamic actress featured on the cover of L’Officiel for Italia this December 2016. She picked a black dress with white 3D flower applique for the cover image along with white leg warmers. 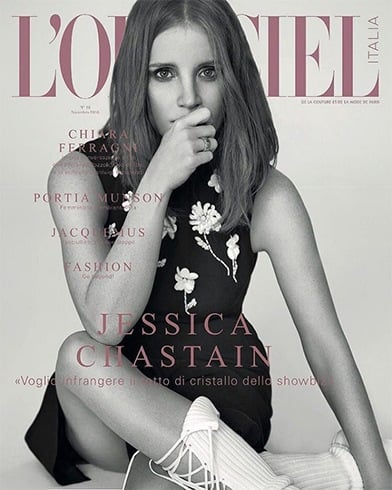 Here is a sneak peek of the photo-shoot: Don’t December magazine covers look like a ton of fashion overdose? Yes they do! And being fashion bloggers, we are in awe with the never-dying fashion flare. Aren’t you?

Ensuring The Legitimacy of the Products: 5 Ways To Spot Falsified...

How to Prevent Cervical Cancer: 5 Points You Need to Keep...

Toothpaste For Beauty? Here Are A Couple Of Beauty And Well-Being...

Fashionlady - October 14, 2017 0
As a ritual, we have unveiled the October 2017 magazine issues for your perusal, on our fashion blog in the start week of the...