Indian Fashion Blog
Home Events Who Were The Best Dressed Celebs At The Brit Awards 2018? Another night of celebration, another occasion for them to look their best. The Brit Awards were a grand celebration of talent, but the fashion on the red carpet didn’t disappoint either. Here are the 10 best dressed celebs at the Brit Awards red Carpet.

Keeping things feathery and lighter, the singer-turned-television personality from Britain, marked her presence in the occasion in a fantastically fringed gown by one of Hollywood favorite label from Australia, Ralph and Russo. The white strapless number was a full show in itself, but we are not particularly mad that Rita decided to accessorize it with a bunch of matching bracelets. Following many of her fellow celeb red carpet-ers, the American ‘spotlight’ picked a sexy gown in scarlet. Another strapless number for the night that complemented her flawless complexion graciously. With side-swept beachy waves, she wore an electrifying smile with nude makeup focus on the eyes. A few blings on the fingers didn’t hurt the eyes either. 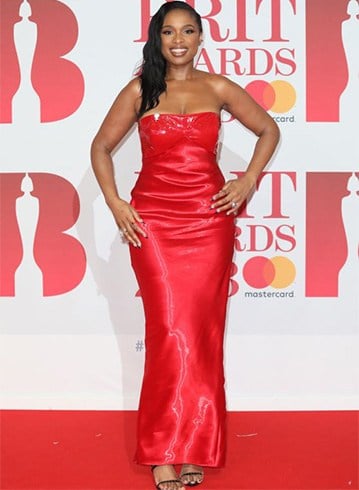 She doesn’t miss to raise the bar on the fashion front ever, in fact, the British model channeled some serious Hollywood hedonism in this uber lusty sequin short dress crafted by Saint Lauren. The black mini dress featured a butterfly fan shoulder detailing, and the black sheer tights that she paired the dress with was what everyone was gushing over. As for accessories, a pair of dainty dangly earrings were enough to glam it up for the night. 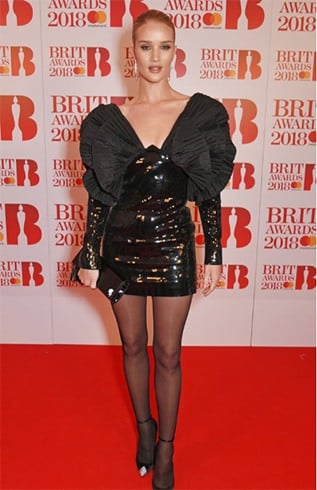 She might be just a teenager, but when it comes to slaying the red carpet, the “Stranger Things” star can give leading ladies twice her age a serious run for their money. This highly acclaimed frequenter on the red carpet was spotted at the Brit awards tulled up in a polka dotted tiered frock matched with blush pick strappy sandals. The attire was sophisticated and age-appropriate at the same time, which by no means is a mean feat in celebville. 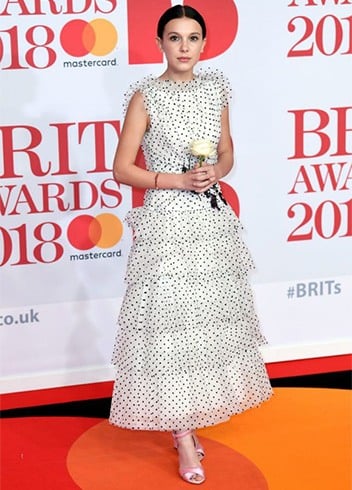 Singing career of this American-Cuban star is on the rise ever since her split from Fifth Harmony, but that is not the only thing she has been in talks for. Her fashion sense has undergone a serious alteration and it’s only for the better. For the Brit awards. Camila arrived dressed in a vintage lingerie style number that packed a style punch in an adorable girly way. The baby blue was doing its magic on her rich complexion and the undone hair brought the magic to a full circle.

The high fashion model may not be the most sort after smiley guest, but she certainly cuts one stunning silhouette in this slim number picked from Ralph Lauren collection. The darkly romantic gown was laying its witchcraft on Hailey’s killer body, and the midnight blue on her lips rounded off the look with perfection. 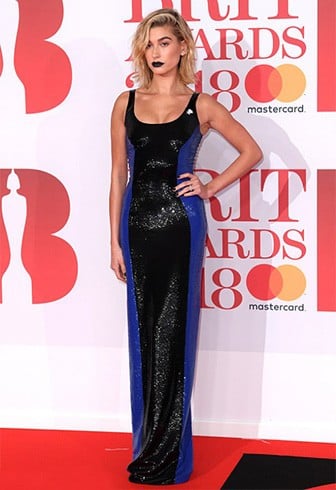 We don’t know many who can pull off puffed up shoulder pads in a brazen red – do you? But we all know Ellie Goulding, don’t we? The singer treaded the Red Carpet in what could have been any teen’s prom outfit back in the 80s. But the travesty transformed itself into a masterpieces as the “Love me like you do” songstress slipped into it. Hair let down loose, nude makeup and simple black pumps were enough to complete the look. 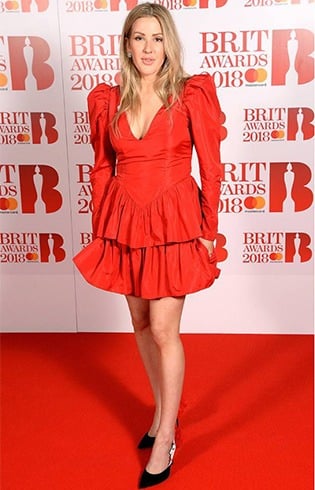 Hands down, girl wins the red carpet look of the year and no wonder everyone is talking about her. Nominated for five Brit awards, the sonstress turned heads a 180 degree in this opulent Giambattista Valli couture gown. The ruffled attire, secured with a black bow that also matched her strappy heels, literally took a village to be laid down on the carpet for the papz to click it in the most flattering way. Paired with the white rose honoring the #TimesUp movement Dua Lipa’s look of the night was as ceremonial as the vent itself. 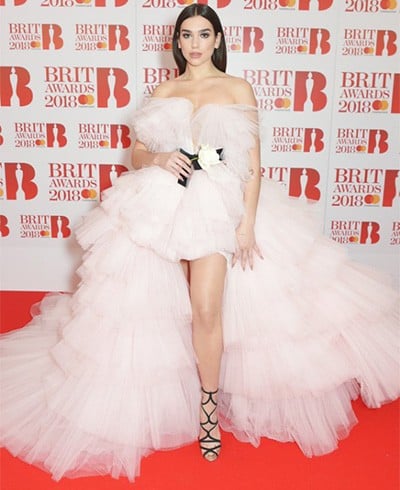 The British presenter channeled her inner Barbie Doll despite the cold weather outside in a sparkly pink mini dress. The dazzling outfit was matched with diamond choker, earrings and a broach that kept her illuminated for the night. 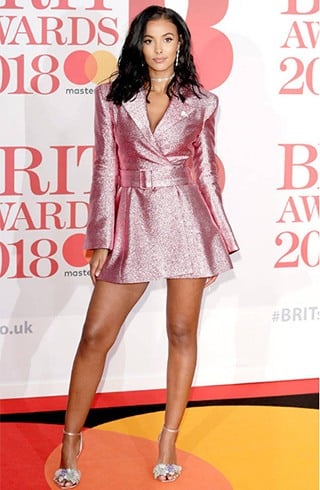 So this was the best of the Brits awards that we summed up so you don’t have to miss out on what’s hot and what’s not on the red carpets this season. Craving some more? Keep an eye on this space for we bring you all the fashion updates every time.

Get All The Inside Deets Of Asin Wedding And Reception

30 Long Hairstyles With Bangs That Are Worth Trying Out