Indian Fashion Blog
Home Celebrity Who Wore What Who Wore It Better? Observe, Analyse And Vote! 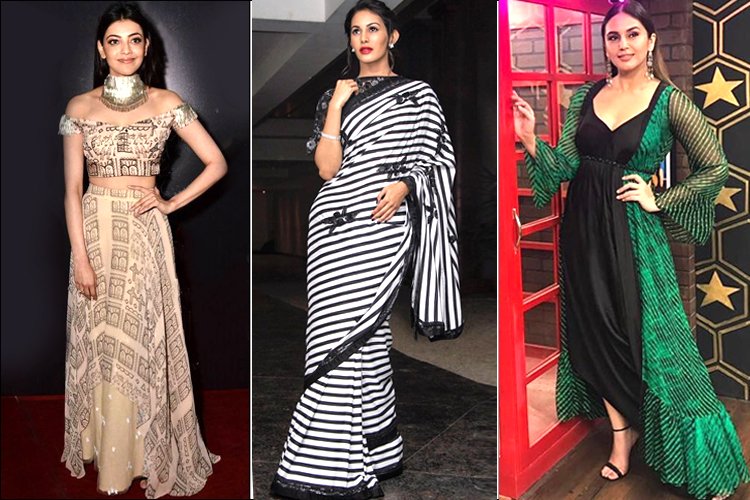 Just like airport fashion that we explore every fortnight, the magazine covers that we dig our nails into the start of every month, fashion faceoff has become a ritual by itself. The sightings of celebrities wearing similar fashion is becoming common and we can’t help but savor the moments.

Here are a few for your delight-

It was House of Masaba for both Raashi Khanna and Kajal Aggarwal and we like both the diva’s panache. Kajal was spotted at the launch of the designer’s store in Hyderabad in a printed off-shoulder top and flowing skirt. She balanced the skin show with a broad statement choker piece.

Unlike Kajal, Raashi Khanna chose a much trendy style. She wore the same label with a slight twist. She wrapped the skirt skillfully and paired it with a full-length cape. Unlike Kajal, Raashi opted for Aquamarine jewelry earrings.
Which one will you be able to ace? We are all familiar with Deepika Padukone’s stripes sari by Sabyasachi that did rounds in the social media. Coupling it with a black high-necked blouse, a sleek updo, she sure caught all the eyeballs in the fashion world.

Showcasing a similar fashion story was Amyra Dastur in a black and white Sashi Vangapalli sari. Wearing a lace embroidered high-necked blouse, she finished out her fancy style. Essence jewels were her pick for the style.

Whose sari style would you opt for? Doing a perfect layering style were both Huma Qureshi and Kalki Koechlin at recent events. While Kalki picked simple and refreshing Tahweave gown along with a checks cape, Huma did a black and emerald combo in Punit Balana label. While Huma dressed up sexy in classy, rich colors, Kalki chose to go sober in soft mellow colors.

Who do you think aced the layering game? 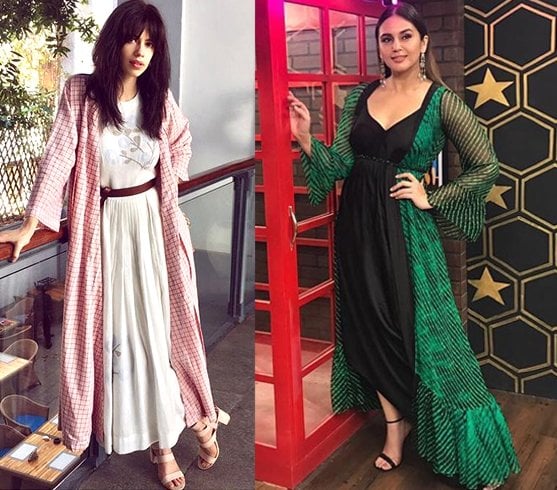 Anushka Sharma was spotted recently in a pair of distressed denim along with an Ivy Park top looking chic and street smart. Doing the same fashion was Alia Bhatt while out and about in the city. Although, we have to admit Alia is very famous for her distressed denim styles Anushka did an equally smart job. 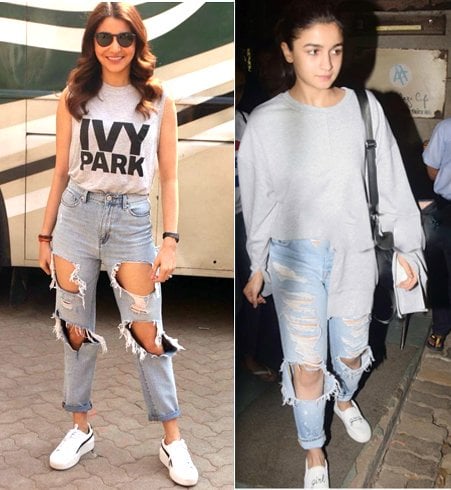 Cast your votes on who you think wore the style better!
Images Source: Instagram

Transparent, Arcylic, Gel or Silk Nails: Which Would You Like?

How to Maintain Decent Armpits?