The Befikre girl is pretty smart and so is the Grazia team to cover the entire photo-shoot for the magazine in Paris, without causing a hassle to the ongoing shooting for Aditya Chopra’s Befikre with Ranveer Singh.

On the streets of Paris, donning a French classy look, Vaani Kapoor posed for Fabio Piemonte to land on the September cover of Grazia with great style. On the cover, she can be spotted looking like a dame in a white and blue dress from Louis Vuitton. 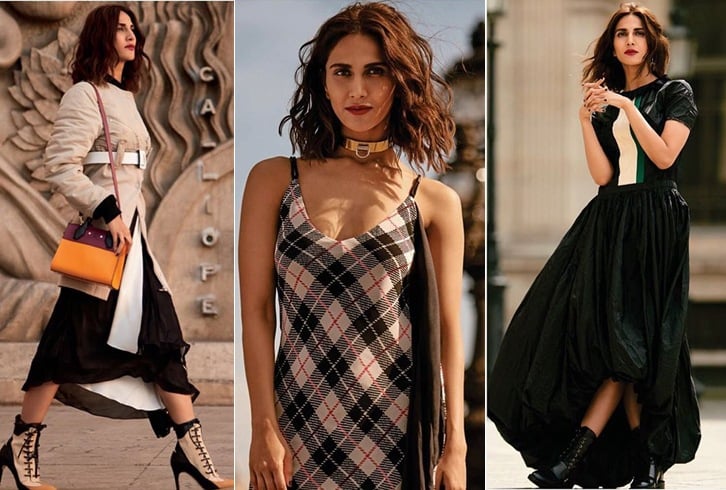 Check out the making of the photo-shoot here-

Looks like people are keen on knowing more and much more of the omnipresent multi-talented actress, Priyanka Chopra who is rocking the world royally. Playing in to the thought was the Canadian magazine Flare, who picked PeeCee as their cover girl for the September edition.

Peter Ash Lee clicked one of the most heavenly picture of PeeCee for the cover. She looked at peace with the world in a dusky pink outfit and peachy pink touch up. Take a quick look at the photo-shoot here- Priyanka Chopra also landed glamorously on the cover of Marie Claire, US for their September edition. She partied in ruffles all along the photo-shoot and was as always very enticing and painstakingly pretty. Take a look here 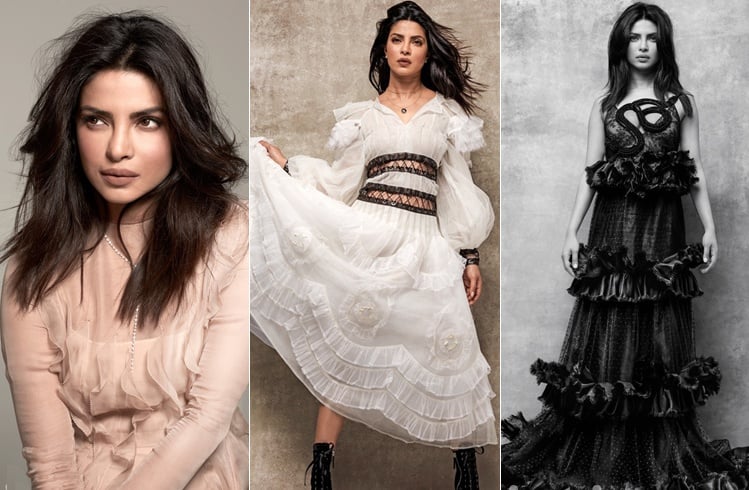 It’s more of a custom these days for Priyanka Chopra to grace multiple magazine covers. Being considered one of the most influential people by Time, the lady is the most sought actress locally and globally.

It is a skill only PeeCee can master to pose in the most versatile way on the covers of different magazines. For Bazaar magazine’s September edition, the diva flaunted her curves and chiseled mien in a Dior ensemble. With a wet hair look and glowing natural makeup, she looked smart and sexy. 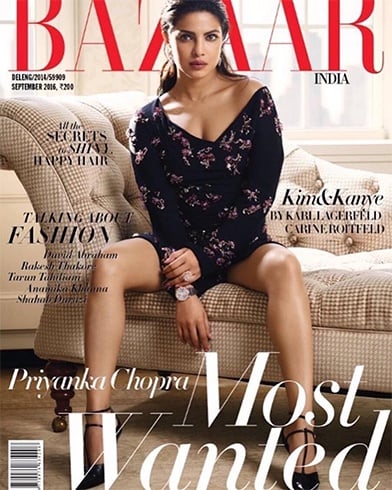 Here are a couple more looks for your delight- 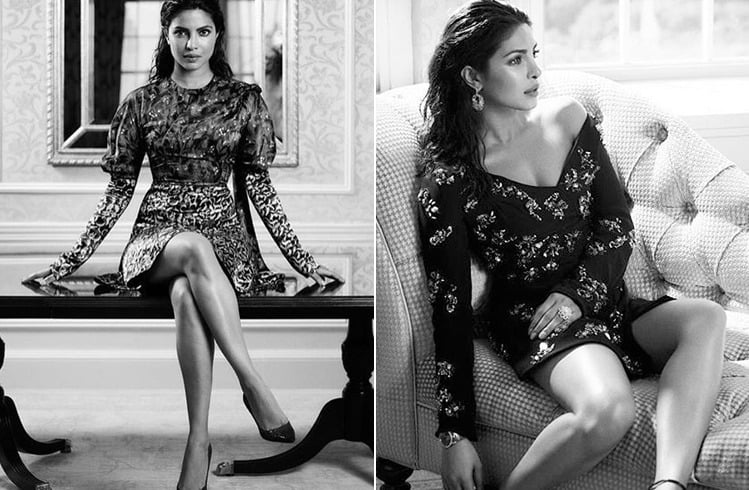 Elle magazine knows exactly how to celebrate their 20th anniversary. With a throwback of all of Sonam Kapoor’s Elle covers, the magazine has welcomed the dame again right onto their September cover.

Rid Burman captured the bold and serious look of the actress and fashionista in a Louis Vuitton outfit with Adidas sneakers. Namrata Soni, the beauty expert gave her a glowing face with extremely dark oxblood lips, sleek and slick hair. Styling credits go to Malini Banerji. 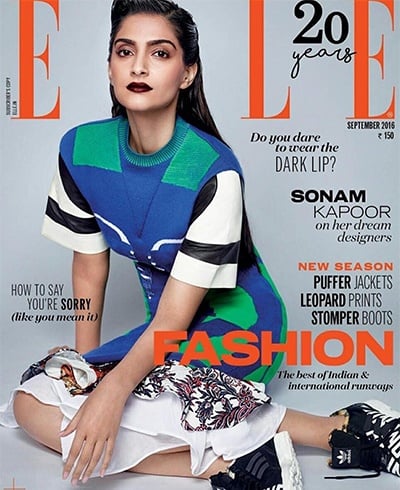 Flip through her photo-shoot here-

Right from the moment Deepika set foot in Bollywood, she has always spread around a sense of wonderment about her skills and her strengths. Puzzling us with her undying energy and infallible persona, she graced the cover of the US magazine Paper for their September edition.

For the cover, the tall beauty was captured in a Fendi velvety dress in deep wine shade with a pinned back pony and smokey eyes. 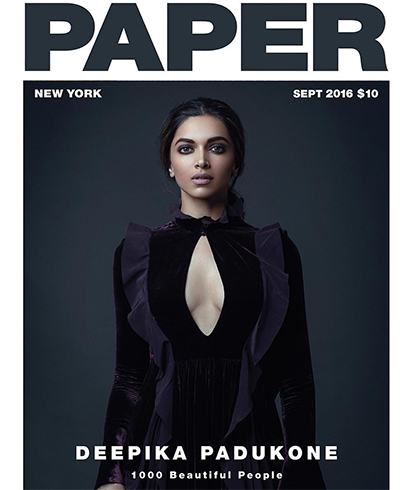 Here is one more still from the shoot followed by the behind the scenes video.

In a Gucci top and skirt with jeweled neckline, she was breathtaking. 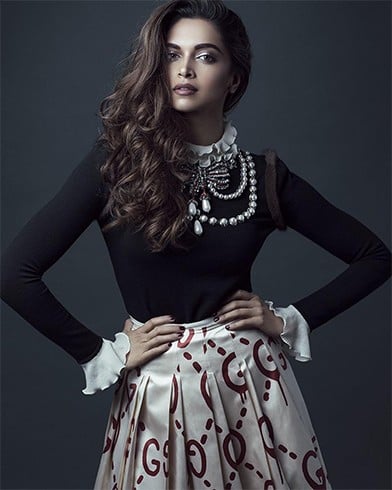 Lazy and sexy was Kriti Sanon perched on the cover of Femina for their September 2016 edition. On the cover photo, flaunting her toned legs was Kriti in a printed Zara shirt along with Monisha Jaising crop top. With Minerali Jewelry falling along the midriff and flowing soft curls, the Raabta girl was stunning. Fashion credits to Sukruti Grover, beauty credits to Daniel Bauer and photography credits to Suresh Natrajan. Great job guys!! Mohenjo Daro’s Chaani alias Pooja Hegde who stole millions of hearts with her chirpy and sweet demeanor, made her royal debut as a cover girl right onto the Verve magazine for their September 2016 edition.

Dressed up regal and queen like in an Anamika Khanna outfit with Jaipur statement jewelry, she looked very elegant and poised. Holding a Louis Vuitton clutch, with messy braid and well-blended makeup, she stood tall and strong on the cover. 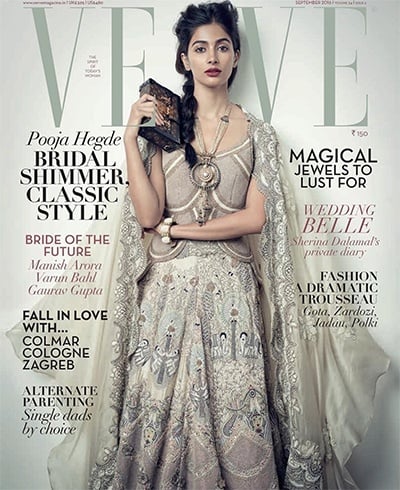 Hope you enjoyed flipping through these latest editions. Stay tuned with us for the second round of magazine covers of September 2016 that are yet to be released.

7 Coconut Oil Benefits For The Glowing You

6 All Time Trending Sunglasses for Women