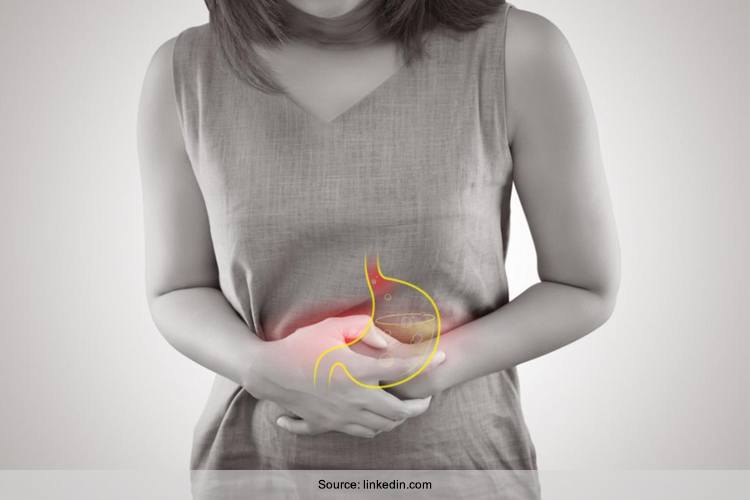 A lot of people suffer from indigestion problems, while also experiencing burning sensations in or above stomach, ache in abdomen, nausea, and constant burping. All these are the signs and symptoms of gastritis. A correct gastritis diet plan can help to prevent all these problems.

Gastritis is a digestive problem due to inflammation and damage caused by gastric mucosa-stomach lining and gastrointestinal tract. The stomach lining gives acid, causing burning sensations and pain in the digestive system. Most of the gastritis symptoms are similar to the symptoms of stomach ulcers. Chronic gastritis can be caused by more serious issues than ulcers and may also lead to complications like stomach cancer and anemia.

Making changes with your diet can heal stomach lining and inflammation. This is the reason why you need to follow a gastritis diet plan when suffering from this condition. Severe gastritis symptoms usually decrease within few weeks after the cleansing of irritations from stomach. Studies have also suggested that reducing gastritis and stomach ulcers can only limit or eliminate the use of nonsteroidal anti-inflammatory drugs (NSAIDs), decrease smoking and alcohol consumption, reduce stress, and improve immune system.

There are several foods that can worsen gastritis symptoms and should be prevented while on a gastritis diet. These include acidic or spicy foods, caffeine, alcohol, and processed foods.

Other than that, foods rich in fiber, antioxidants like Vitamin C, Vitamin B12, Omega-3 fatty acids, and electrolytes like magnesium and calcium can help in lowering inflammation and improving digestive health.

A gastritis diet consists of vegetables, fruits, high-protein, and healthy fats, which can in turn improve painful symptoms and allow in maintaining a healthy weight. 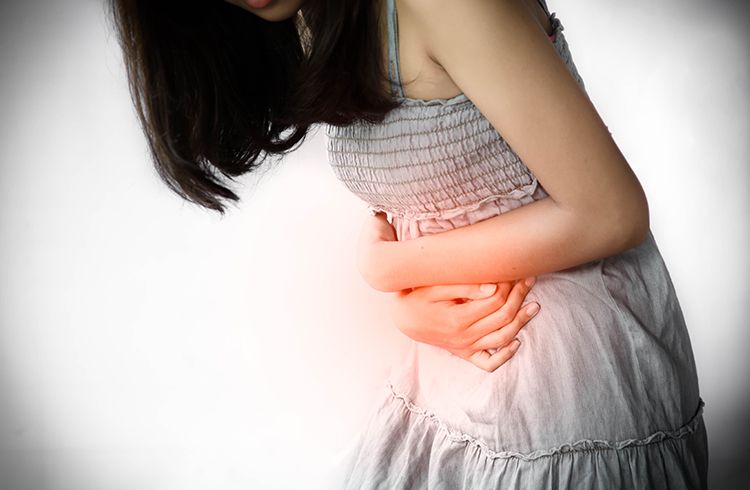 Foods To Manage Your Gastritis:

There are several foods good for gastritis, which also lessen the symptoms. Here are few of the foods lists:

Studies have revealed that probiotic may help with Helicobacter pylori (H. pylori). H. pylori are bacteria that cause an infection in digestive system, leading to gastritis or stomach ulcers.

3. Garlic- Consume garlic in both raw and cooked form. This can also be a natural remedy for GI troubles. Garlic is also a natural anti-inflammatory agent and contains antibiotic properties. Raw garlic can also
help in reducing H. pylori bacteria and inhibit growth of harmful bacteria. Alternatively, you can try consuming two cloves of garlic daily to protect against stomach inflammation. 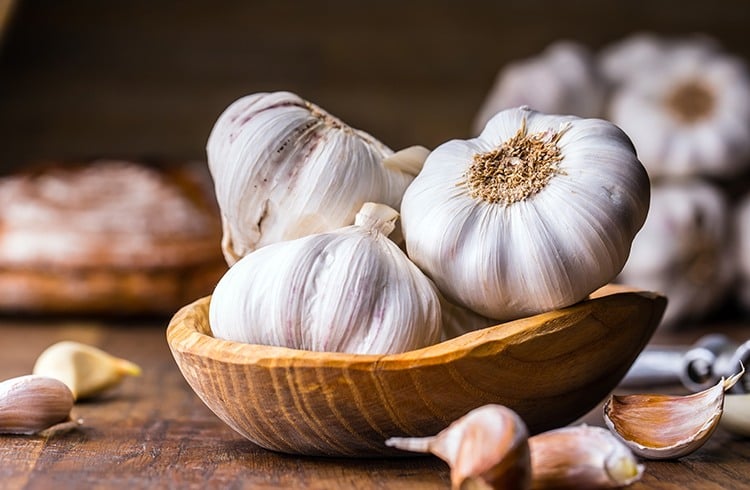 4. Licorice or fennel- Licorice is considered a natural remedy for digestive problems, ulcers, and acid reflux. The licorice root contains a compound known as glycyrrhizic which have soothing effects on stomach and strengthening effects within GI tract. Taking fennel and anise spices can also provide some relief. The dosage of licorice can depend from person to person. But most people may experience improvements after taking three grams per day for four to six weeks. But, you should talk with your doctor before taking licorice extracts as it can also lead to high blood pressure.

5. Fiber rich foods- A diet high in fiber like soaked nuts, seeds, legumes, and grains can be beneficial for gastritis and other digestive problems. Most of the best fiber sources include almonds, chia seeds,
legumes, beans, and whole grains.

6. Healthy fats and proteins- Lean proteins can help to repair the gut and treat digestive system like leaky gut syndrome which can trigger inflammation. The good sources of protein include grass-fed meat, eggs, fish, and pasture-raised poultry. Other foods like salmon and sardines are also beneficial as they contain Omega-3. Other healthy fats are also easier to digest including coconut oil, olive oil, avocado, ghee, and grass-fed butter.

Gastritis can be treated with medications that contain antacids. Doctors may prescribe antibiotics for those suffering from gastritis caused by H. pylori. You may need to avoid taking alcohol, aspirin, and pain relievers that further leads to gastritis pain. Instead taking supplemental probiotics can help to relieve your gastritis symptoms.

To get the maximum benefits from a gastritis diet plan, make use of these tips to manage symptoms:

1. Take smaller meals- divide your meal time daily and take smaller meals throughout the day, instead of having large quantities of food. For instance, you can take four to five small meals every few hours. Consuming smaller amounts can help to increase blood flow into the stomach and improve healing process.

3. Drink enough water- Drinking enough water can control gastritis symptoms. Hence drink at least six to eight glasses of water daily. Drink one glass of water when you experience pain and a glass of water after every meal. Unlike coffee, milk, and alcohol, water will not increase stomach acid production. 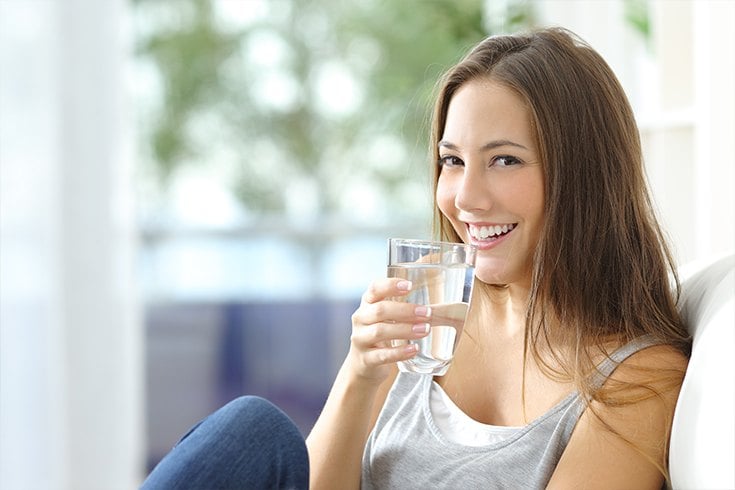 4. Reduce stress- Emotional stress can worsen symptoms of gastritis. Stress is said to trigger an increased release of stomach acid and inflammation, decrease immune system functions, and contribute to other digestive problems. You can rely on natural stress relievers in promoting a gastritis diet.

5. Quit Smoking- Smoking is a major cause of increasing stomach damage and gastritis. It can slow down the healing process of gastric mucosa, increase reoccurrence of ulcers, and develop infections.

Foods to avoid on Gastritis Diet:

Fatty foods can worsen inflammation in stomach lining. There are several other foods you should avoid as they can lead to stomach irritation. Here are the gastritis foods to avoid list:

There are several types of gastritis due to several causes. Some include:

Major injury or illness can lead to acute stress gastritis. A body injury or an illness that affects blood circulation to your stomach can increase acid stomach.

Stomach lining damage can be caused due to: 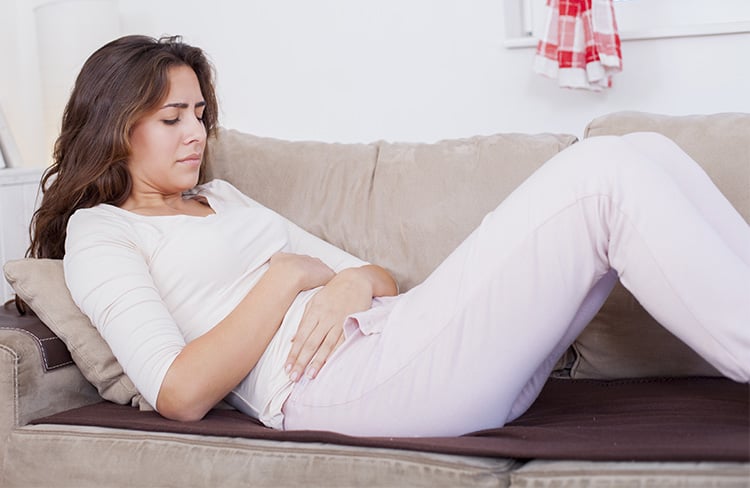 H.Pylori is a bacteria that causes an infection. It is one of the most common causes of gastritis and is common amongst lesser developed countries. The symptoms start at an early age and later appear or develop during adult stage.

Autoimmune diseases can contribute to gastritis. This can occur when your immune system sets off after your body’s healthy tissue in the stomach lining.

It is important to consult with your health practitioner or Board-certified allergist to determine food allergies.

A few symptoms of gastritis include the following:

Gastritis is a digestive condition caused by inflammation to gastric mucosa-stomach lining and gastrointestinal tract. It can further lead to burning sensation and pain in the digestive system. Apart from that, certain foods can also worsen gastritis and should be avoided to control symptoms. These foods include acidic foods, spicy foods, alcohol, caffeine, and processed foods. In addition, foods that are high in fiber, antioxidants like Vitamin C, Vitamin B12, Omega-3 fatty acids, and electrolytes like manganese and calcium can lower inflammation and boost digestive health.

A gastritis treatment diet should include veggies, fruits, proteins, and healthy fats to reduce painful symptoms and maintain a healthy weight. This can also prevent deficiencies in vitamins, minerals, and antioxidants. Every person suffering from gastritis or peptic ulcers can respond differently to several foods, hence it is best to go with a diet to test which foods can cause the worst symptoms.

You should avoid taking foods that trigger these symptoms for the best effect. Also, follow up with smaller meals, eat before bedtime, drink water, quit smoking, reduce stress, and take supplements.

Trapezoid – A Befitting Final Runway Collection By Wendell Rodricks At...

Power Packed In All Black: Amruta, Kanika And Mini

10 Ways to Go Red:Hot Reds Riding The Fashion Waves With...

LFW Summer Resort 2014: Sonakshi for Manish And Jacqueline For Tarun