Indian Fashion Blog
Home Celebrity Who Wore What Diwali Party Styles Of B-Town Spread Like Wild Fire Lighting Up The... Diwali is nearing and we can hear the hustle and bustle of the city. Right from buying diyas to firecrackers, the whole city is sharing the same excitement and festive spirit.

While we are eagerly looking forward to celebrating the grand festival with our near and dear, the Bollywood world has already begun celebrations. Here is a sneak peek into their fashion-filled festivities- Off late the Kedarnath heroine, Sara Ali Khan has been doing a series of ethnic styles. She did a spectacular traditional look in Abu Jani Sandeep Khosla for Ekta Kapoor’s Diwali party. Going easy with her makeup and accessories, she looked delightful. 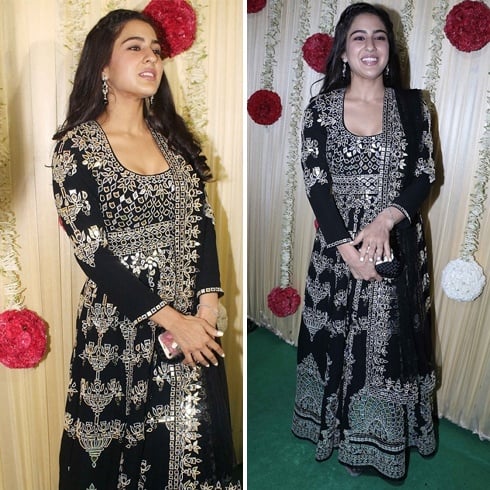 Dressing up doll-like in a navy blue lehenga by Devnaagiri, Bipasha Basu attended Ekta Kapoor’s party. The bright floral hemline embroidery added a pop of color to her outfit. Silver Sangeeta Boochra jewelry was her choice of accessories and we love it. With her hair swept to the side, soft and easy and with blush makeup, she looked attractive. At Ekta Kapoor’s Diwali party, Sridevi was spotted in a black brocade Anarkali by Manish Malhotra. The shimmering look of the outfit coupled with the heavy embellished hemline of dupatta, it was a hard-to-miss style. With hair pinned into a bun and red lip color, she was breathtakingly beautiful. 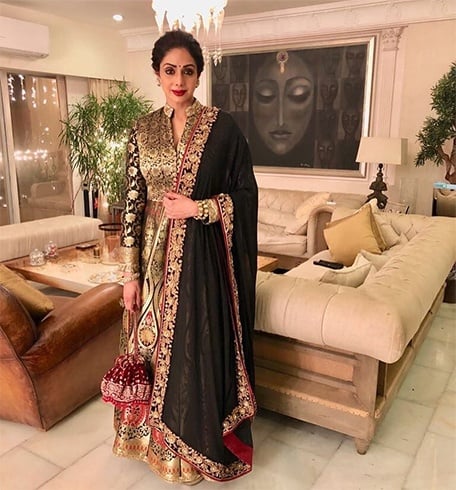 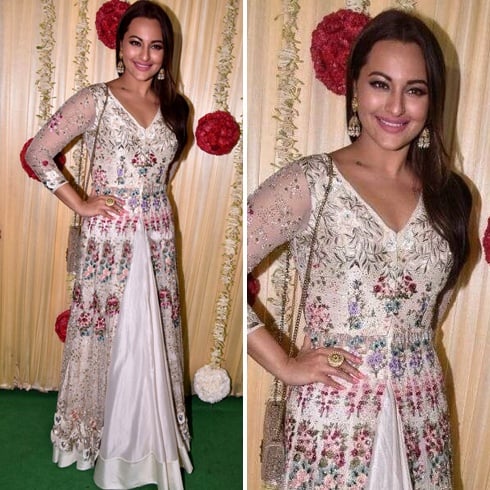 Looking absolutely like a star on earth was Sonam Kapoor in an Abu Jani Sandeep Khosla sari at Ekta Kapoor’s Diwali party. Collared neck and cut-out shoulder blouse added the trendy vibe to the traditional style. With sleek hairdo, maang tika, smokey eyes, she was glamorous. 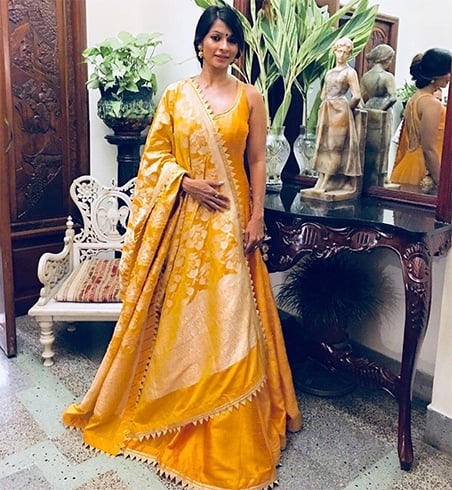 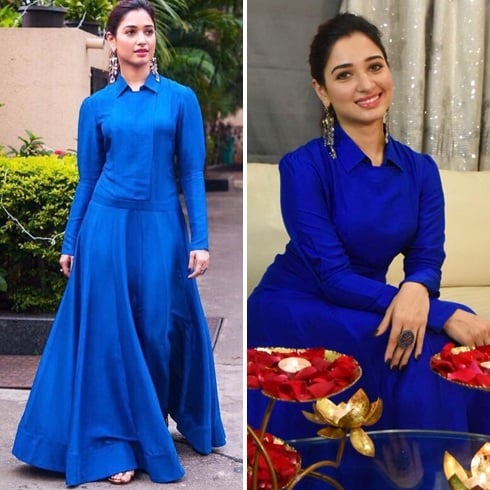 Bhumi Pednekar was spotted at the Abu Jani Sandeep Khosla Diwali party in an SVA Couture printed outfit. With the sparkle that Tyaanii jewelry added to her style was hard to miss. 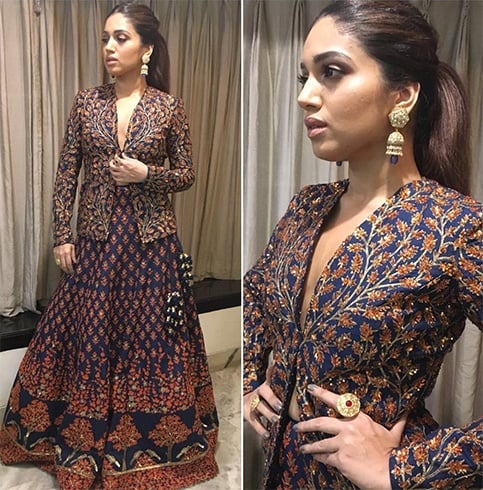 Hope you found your favorite style. Happy Diwali ladies! Have a safe and prosperous year!

How To Layer Necklaces : Accessorizing Ecstasy

We Bet, These Bra Secrets Will Surprise You!