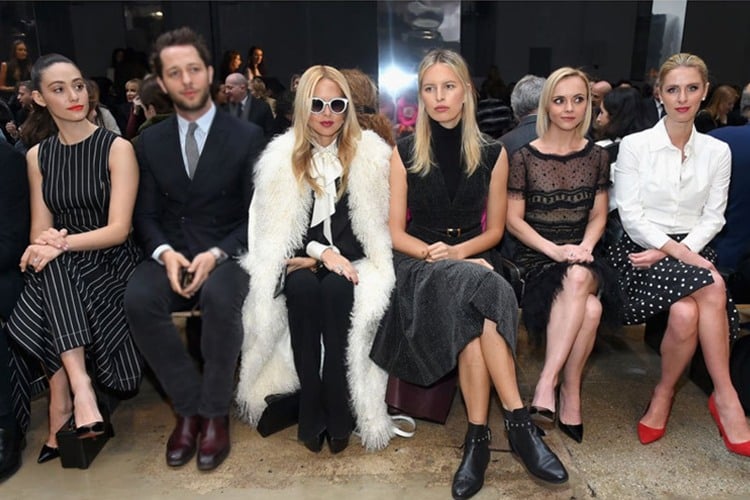 Brand new fashion for a brand new year (oh well, we know it is not brand new anymore). But the fashion is brand new anyhow. The news this week is, the four city fashion trip has commenced last week in one of the most happening cities in the world, and we have for you all the tea. The chilly temperatures and stubborn snow joined forces, but failed to stop the grand parties of the New York Fashion Week in their tracks. And guess what, even our celebrities were not dissuaded to come out in full support of their favorite designers and friends. Get ready for we have you hottest celebs coming at you.

The week long celebration started with a grand party thrown by Maybelline and all the who’s who of the fashion and entertainment world marked their attendance in the evening with brimming with glitz, glam and Champaign. Here’s a quick look at the Maybelline New York Fashion Week’s Welcome Party. 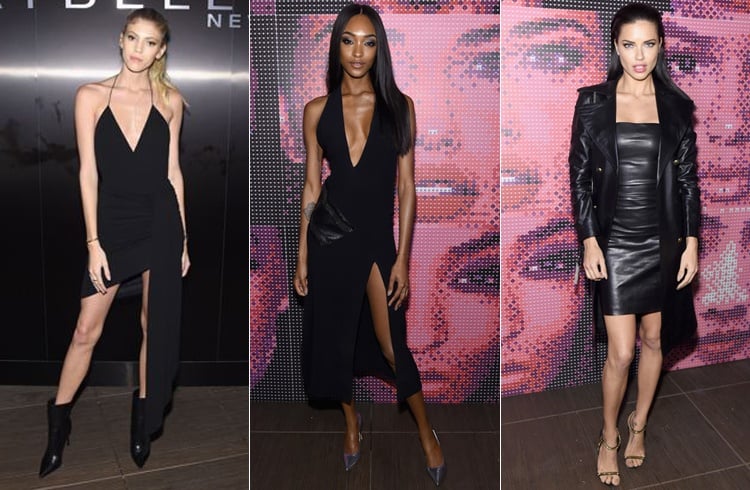 We head straight to the Michael Kors show, and take guess who we find there? Well, I am sure you have already checked the pic below, so let’s just cut to the chase here. We were as thrilled as you all to find the princess of Upper East Side (I’ll never get Gossip Girts out of my head), Blake Lively in there. The mother of two looked elegant as always in a midi-length floral dress. 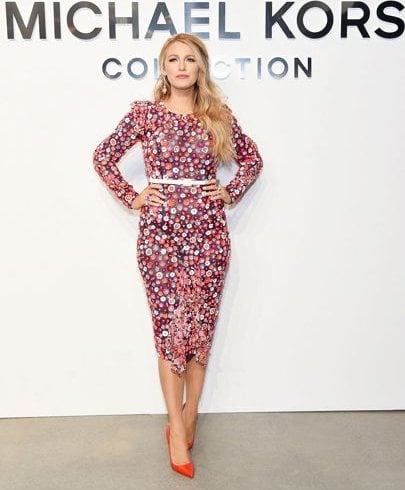 The other celebs we found at the event were Chiara Ferragni, Soo Joo Park, Martha Hunt, Emily Ratajkowski, Hikari Mori, Jourdan Dunn, Ashley Graham and Deepika Padukone among others. We all know that Selena Gomez has recently signed up to be the brand ambassador of Coach. And that makes it easier for us to decide on the star pick at the front row of the show. 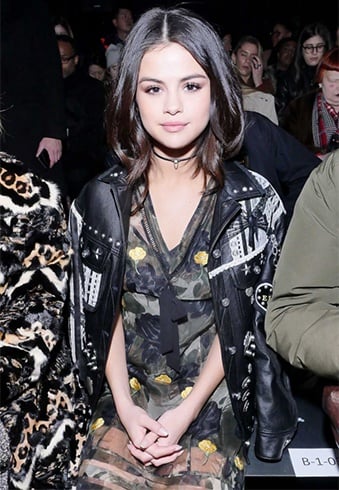 Few of the other heavyweights we happened to spot at the show were Drew Barrymore, Tavi Gevinson, and Ashley Graham. 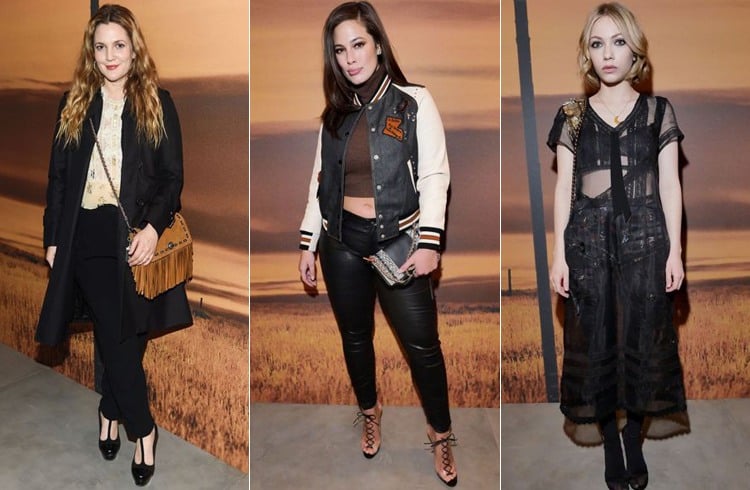 After the Grammys last week, we get to see the lovely Katy Perry and her bleach blond hair on 16th February on the Marc Jacob show. She fights the unfavorable weather with a military green jacket and thigh high leather boots. 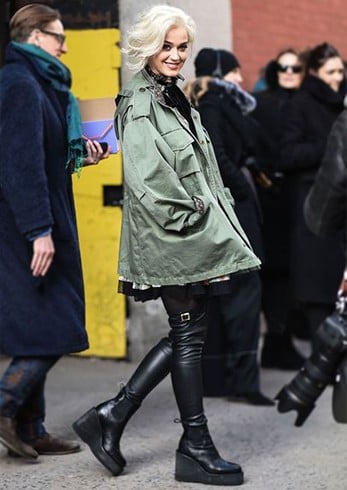 While the pop star shone as our pick from the Marc Jacob show, the list of celebs that graced his front row, including Lottie Moss, Frances Bean Cobain, Sara Sampaio, Zosia Mamet, Amandla Stenberg and Juno Temple in some uniquely fashioned ensembles, is pretty long. 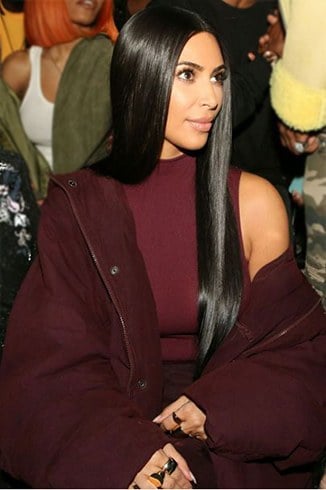 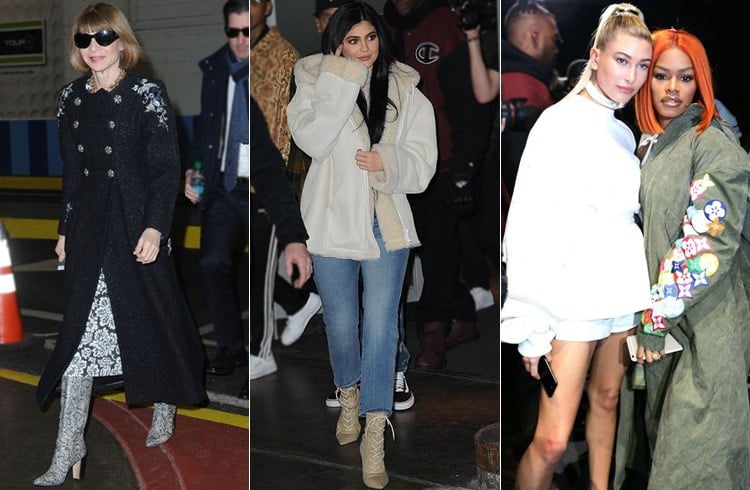 The Collections That Ruled The Runway

The major shows at the seven day long fiesta, in addition to the ones mentioned above were The Prabal Gurung show, The Altuzarra show, The Alexander Wang show, The Christian Siriano show, The Jason Wu show, The Calvin Klein show and The Jeremy Scott show. Goes without saying that each piece of these collections were exceptional specimen of genius creativity that had our celebs glued to their seats. From furs, to leathers, to chainmail to good ole denims- fabric of every type were shredded and sculpted to form what appeared to be master pieces of the bodies of gorgeous models. Let’s sneak you into a peek. 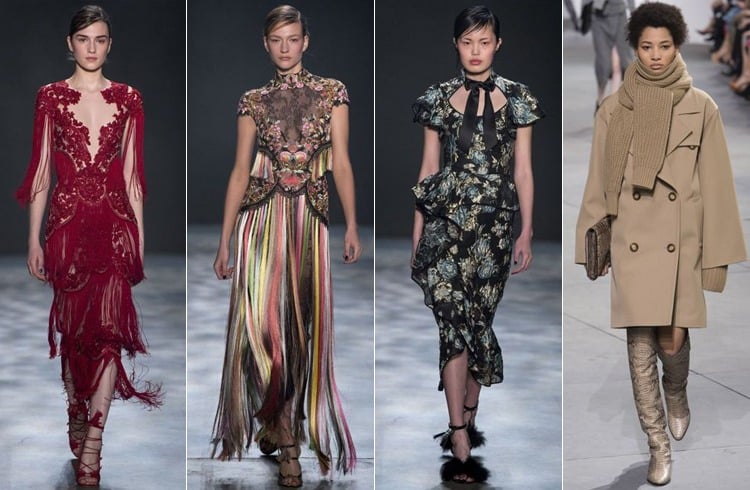 We have been witnessing the fashion forwardness of this city that hosted the Fashion Week coming alive, year after year. So you thought 2017 would be different? Nah! New York is a melting pot of global culture and fashion senses. It was delightful to witness all streets of the city claimed by those who embrace tomorrow’s style, today. Here are all the glimpses of the street style of fashion week as celebs from all platforms of media took over the city, because staying limited to the runways and front rows is such an unexciting thing to do. Is it only me, or was the street style of New York Fashion Week really more impressive than the FR styles? Well, I am a sucker for colors, so I understand if it’s just me. Now I am hoping to London Fashion week. Let me follow it closely so I can bring to you all the scoop from there next week. Stay tuned guys.

How Do Celebrities Dress At Their BFF’s Weddings?

From ‘Fashion’ To ‘Quantico’ – Our Priyanka Chopra Is Performance Personified

Fashionlady - February 16, 2018 0
Most of the awards ceremonies are usually expected to happen over the weekend but amidst the chaos of the week, the Nykaa.com Femina Beauty...