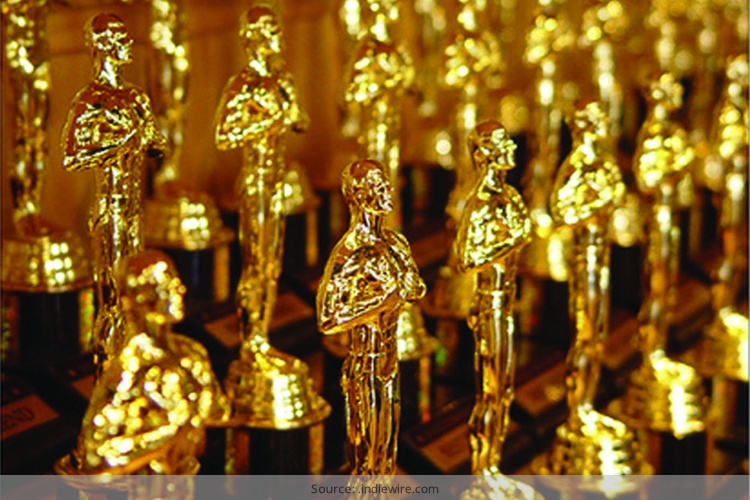 We are not done wiping the tears off our eyes yet – oh the epic climax of La La Land, oh you foolish dreamers – and the Oscars are knocking on our doors. With movies like Fences and Hidden Figures giving the Ryan Gosling and Emma Stone starrer a tough run, the musical has been successful in bagging some of the most prestigious nominations. With 14 nominations, Damien Chazelle’s directorial masterpiece is shoulder-to-shoulder with another one of its kind movie, Titanic, that made history for itself 20 years ago.

Let’s check out the whole list of Academy Awards nomination for the year 2017 – every nominee for every category – all you need to know about the potential Oscar winner and nominees 2017 is right here.

There was a time when only five movies could make the list, but with tremendous increase in talented movie makers producing splendid films the list has undergone some expansion. The nominations for Best movie this year are Arrival, Fences, Hacksaw Ridge, Hell or High Water, Hidden Figures, Lion, Manchester by the Sea, Moonlight, and La La Land.

Actor in a Leading Role

Doesn’t need too much of insight to guess that Ryan Gosling would be nominated for the award for actor in a leading role. But the competition is tough for him as Denzel Washington is the next name on the list for his ground breaking performance in the Fences. Other nominations include Casey Affleck for Manchester by the Sea, Andrew Garfield for Hacksaw Ridge, and Viggo Mortensen for Captain Fantastic.

Actress in a Leading Role

This year has seen some extraordinary performances from Hollywood’s most beautiful actress. While not many people are pleased with the Academy for snubbing Amy Adams and disregarding her brilliant acting in Arrival, the nominations have been bestowed upon Isabelle Huppert for Elle, Ruth Negga for Loving, Natalie Portman for Jackie, Meryl Streep for Florence Foster Jenkins and of course the gorgeous Emma Stone for La La Land.

Actor in a Supporting Role

A large share of nominations this year have been bagged by Moonlight. In the category of supporting roles Mahershala Ali is on the list. Other renditions acknowledged by the jury are Jeff Bridges for Hell or High Water, Lucas Hedges for Manchester by the Sea, Dev Patel for Lion, and Michael Shannon for Nocturnal Animals.

Actress in a Supporting Role

Moonlight appears on the list again with Naomie Harris. Fences star Viola Davis in the next one on the nominations along with Nicole Kidman for Lion, Octavia Spencer for Hidden Figures, and Michelle Williams for Manchester by the Sea.

Think we all were ready to see Moana being nominated in this category and would not be one bit surprised if it claims the Academy Award. However Oscar nominations 2017 for the best Animated Feature Film also include Kubo and the Two Strings, My Life as a Zucchini, The Red Turtle and Zootopia.

With an expensive smart phone we all assume the role of a master photographer. But neah, it doesn’t work like that. For those who really have mastered the art have made it to the 2017 Oscar nominations. The cinematographers of Arrival, La La Land, Moonlight, Lion and Silence are this year’s contenders.

While we struggle to keep our curiosity on hold, still waiting to know who all gets to take the Oscar home, all we have to say is – Here’s to the ones who dream, Foolish as they may seem, Here’s to the hearts that ache, Here’s to the mess we make!!!

15 Bridal Sneakers To Wear On Your Wedding Day To Look...

November 2017 International Magazine Covers Are Rich In Creativity And Fashion

How Celebrities Make Money – Show Me The Money!