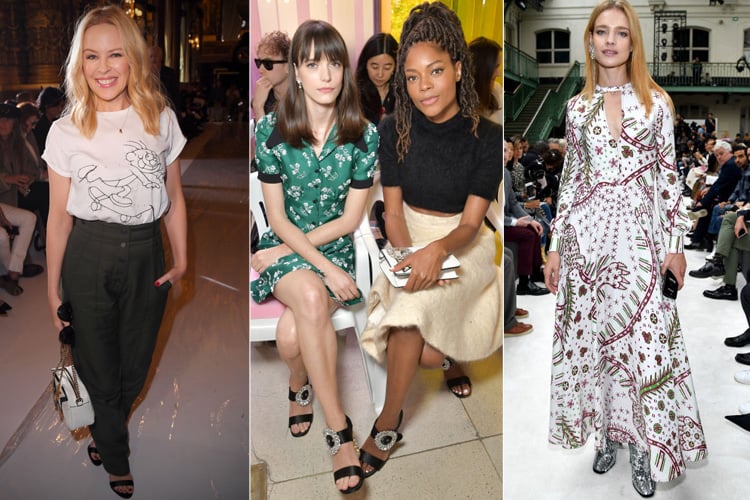 The final leg of the 4 city fashion week was rounded up in Paris last week, and dare we say our expectations were not met. We have picked the choicest of pictures to give you a flavor of what the streets of Paris looked for those seven days.

Let’s start with the Street Style. 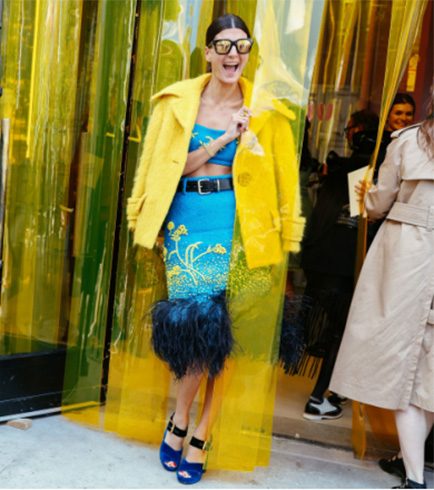 Lexi Boling and Binx Walton looked super casual, but in a stylish way, in their colorful Palm Angels track suits. Rila Fukushima spreads her wings in the streets looking gorgeous in her Louis Vuitton ensemble. We are in love with that baggy sweater teamed with a corduroy shorts in green. The next celeb to be spotted rocking a pair of Louise Vuitton was Cate Blanchett. The dark trousers go perfect as a contrast to her colorful leather jacket. Can you see those Repossi earrings? 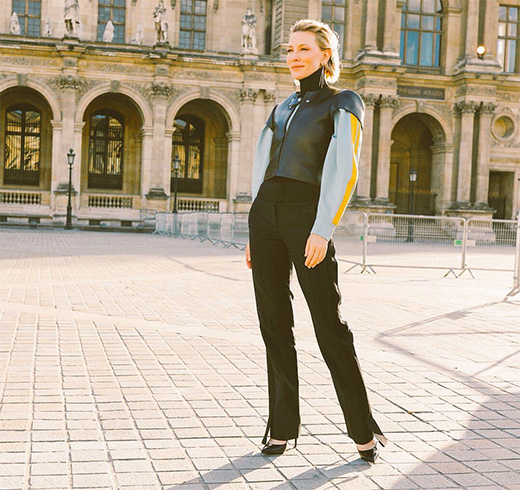 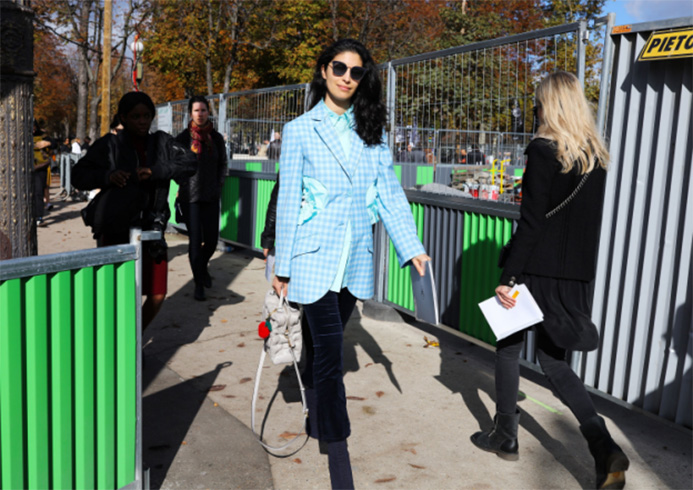 Is she Irina Lakicevic wearing a pair of trousers on a pair of denims? No, she ain’t, those are a single pair of Maison Margiela pants. Don’t you just love that illusion? 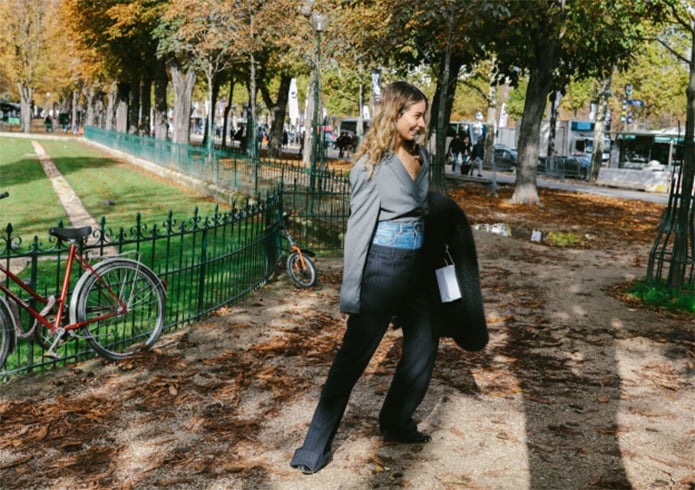 Michelle Elie dons a Delpozo coat and boy oh boy does she radiate power or what? Look whom we spotted here! It’s Esther Quek in a Versus Versace dress. She rounded up the look with Christian Louboutin shoes, and Tom Ford shades. 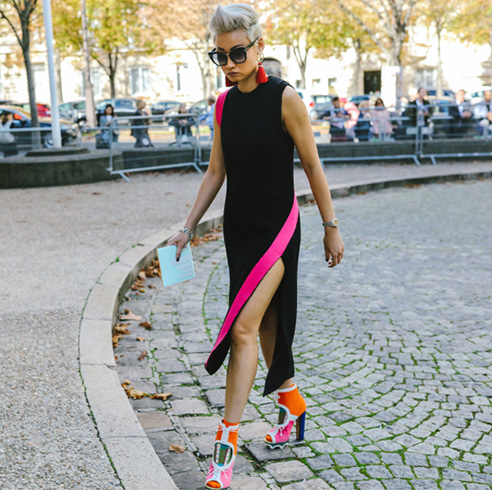 Veronika Heilbrunner owns the streets of the European city in a Miu Miu coat and matches it up with a Nike jersey. 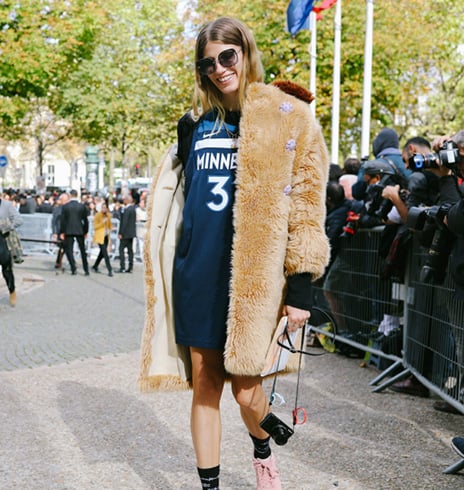 Apart from the streets, it’s the front row of the events that turns into the ultimate meeting growund of fashion forward celebs from across the globe.

Having displayed their love for the label on the streets of Paris, it was only obvious that the celebs would crowd the show of LV. Ruth Negga reached the venue with Michelle Williams, and Alicia Vikander with Lea Seydoux. Jennifer Connelly strikes a pose in her white blazer teamed with leather shorts. Cate Blanchett and Fan BingBing are channeling their Boss Lady-ness, while Julianne Moore is all things feminine. 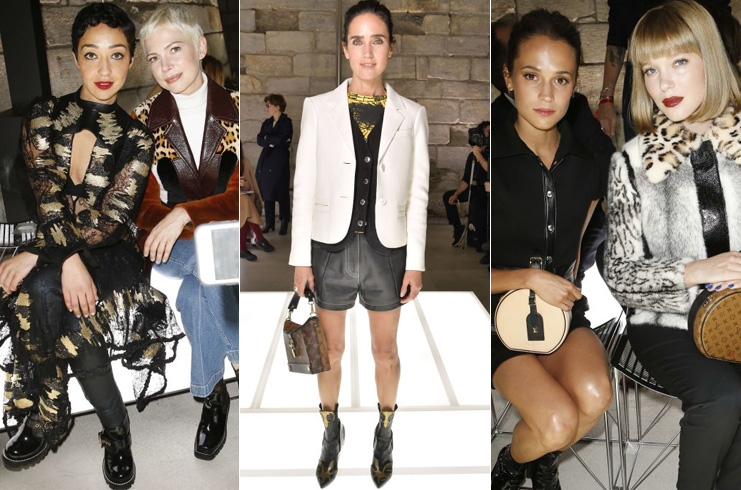 The label manages to get a hoard of influential names from the world of fashion. Some of them were Maggie Gyllenhaal, Emily Rajatkowsky, Dakota and Elle Fanning, Stacy Martin, and Naomi Harris who occupied the seats on the prestigious Front Row of the show. 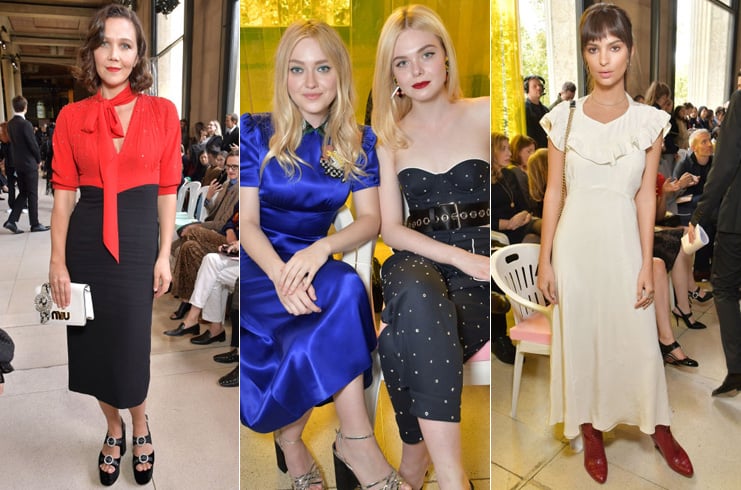 The crowd at the Chanel show was not any less impressive. It was, in fact a struggle to concentrate on the models treading the runway, the eyes would veer to the front row over and over again, inadvertently. Tell me Cindy Crawford, Monica Bellucci, Clemence Poesy don’t Alice Dellal grab your attention too. 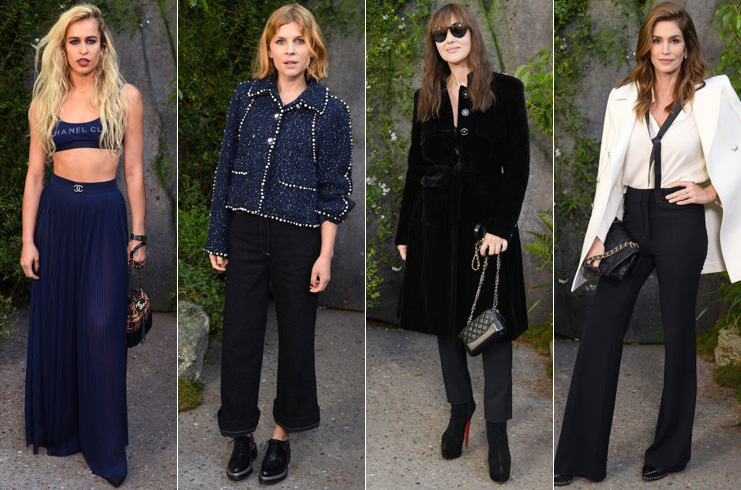 Alexa Chung, Elle Goulding, and Kylie Minogue were spotted looking absolutely gorgeous in their designer ensembles at the show of Stella McCartney. We are left wondering if they have decided on any particular number to throw on for the upcoming red carpet event. 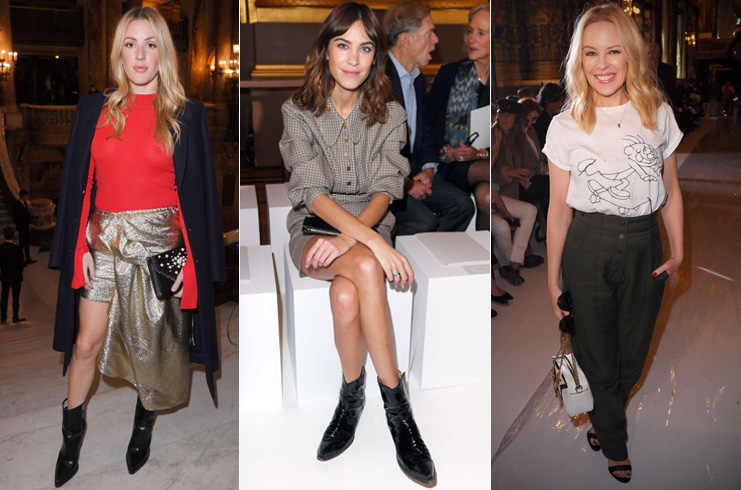 Here’s how Natalia Vodianova, Arizona Muse, Emily RajatKowski, Isabel Goulart, and Alexa Chung showed for the show. Something tells us Khaki is going to be big next season. Don’t you get the hint already? Our last stop was at the Givenchy show where we found Lily Collins, Fergie, cate Blanchette, and Fan BingBing giving us the monochrome fever. So was it on the memo to be in black or white – or an innocent co-incident? We are still not sure. This brings us to the end of a four city fashion fiesta. Have you picked your best dressed celeb yet? Tell us which out of these street styles impressed you the most, and which ones you shall brave on the streets this month. And that’s a wrap for now. Chow!!!

Everything About Piercing And Piercing Aftercare That You Should Know