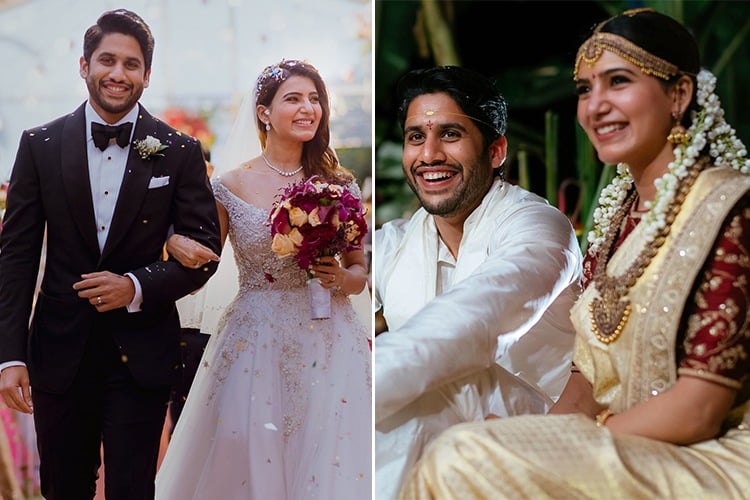 Social media has been exploding with pictures of the two Tollywood sweethearts, who have recently tied the knot. Samantha Ruth Prabhu and Naga Chaintanya got married in Goa in the presence of close friends and family. There’s hardly a better way to celebrate their epitome of love than a destination wedding at Goa.

The love story of these two dates back to 7 years ago where they initially met on the sets of their movie ‘Ye Maaya Chesave’. Although they didn’t instantaneously jump into the relationship, speculation made the round since 2015 when they were spotted together often. Gradually, they came out into the public and have shared adorable moments together both online and offline.

The wedding festivities were hosted in W Resort Goa, where the guests were welcomed with goodies and unrivaled hospitality. The beautiful resort boasted of arresting scenic views and charming rooms that worked as an added advantage. Here is a sneak peek into all the details about the wedding of the two South stars who we can’t take our eyes off:

The festivities started off with a pompous, bright and joyous bang at the Mehendi-Sangeet function.

The bride Samantha, was seen in a lehenga from Koesch by Kresha Bajaj, and her bubbly contagious smile kept giving everyone some major #bridegoals. Her mehendi pictures were a whole lot of fun and we can comfortably say that Samantha was the chillest bride despite the baggage of the rituals.

Nagarjuna, the father of the groom, Naga Chaitanya, shared the first social media picture of Samantha in her mehendi look. She looked nothing short of gorgeous. Both the father-in-law and daughter-in-law were seen smiling looking like the happiest people at the occasion. How cute is this rapport? 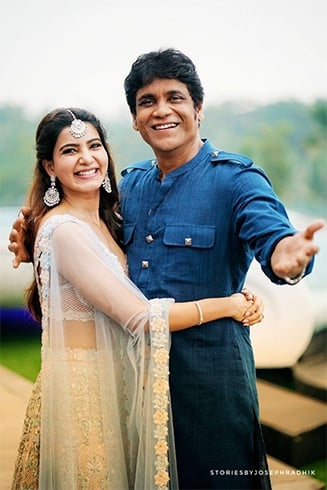 The couple photoshoot was full of ‘aww’ and they definitely deserve an award for being ‘The Couple of the Year’.

The #Chaysam wedding saw Naga Chaitanya, Nagarjuna and Venkatesh shake a leg or more in full style. These rockstars kept the energy levels of the function at rocking high peaks. The bride and her tribe were no less. They grooved to blockbuster songs in regional South Indian languages and were a complete entertainment riot.

Samantha, you Goddess. It is amazing to see Samantha make ‘looking good’ feel so easy and natural. 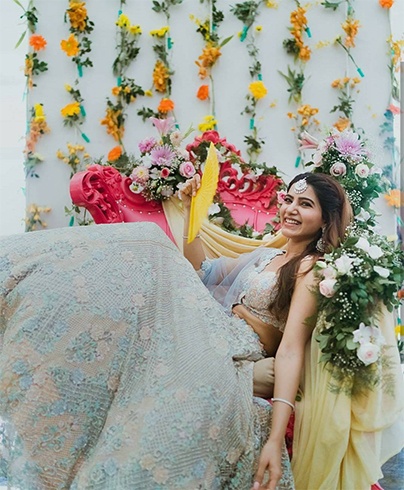 The dances and the mehendi function came to an end around 10pm. After which, everyone had to rush to deck up for the Hindu marriage ceremony that was to follow soon after.

It was about time for Samantha to be part of the Akkineni family. She was donned in Naga Chaitanya’s grandmothers cream sari for the wedding along with Sabyasachi essentials. She teamed the look with jewellery from NAC Jewellers, that enhanced her appearance. Naga Chaitanya on the other hand, was dressed in traditional white attire looking equally dapper.

Naga Chaitanya’s brother and cousins gave him a grand entry into the mandap minutes before he could step onto the stage. This Akkineni family is definitely one big happy family. Oh, the mushiness, we are weak in our knees already. 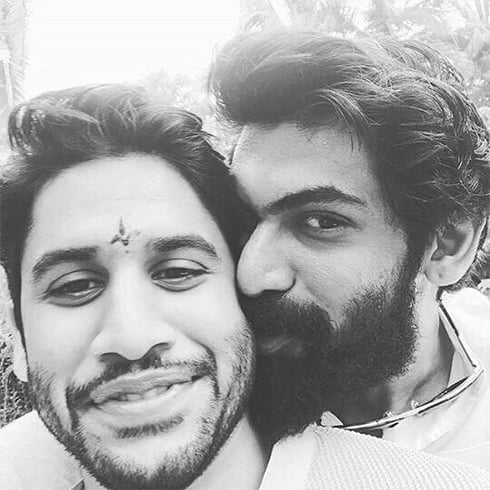 There, is the bride. Looking as graceful as ever and these candid shots are definitely giving us all the more feels. Just minutes after Chaitanya tied the knot to Samantha, she was overwhelmed with emotions (Mind you, these are happy emotions, happy tears rather). A breathtaking shot that captured her emotions in the most fine manner, all credits go to the photographer Joseph Radhik and team.. Never a dull moment in the ceremonies. These two defined happiness all the way and continue to restore hope in dreamy love stories. This was during the fun rice pouring ritual over each other’s heads after tying the knot. 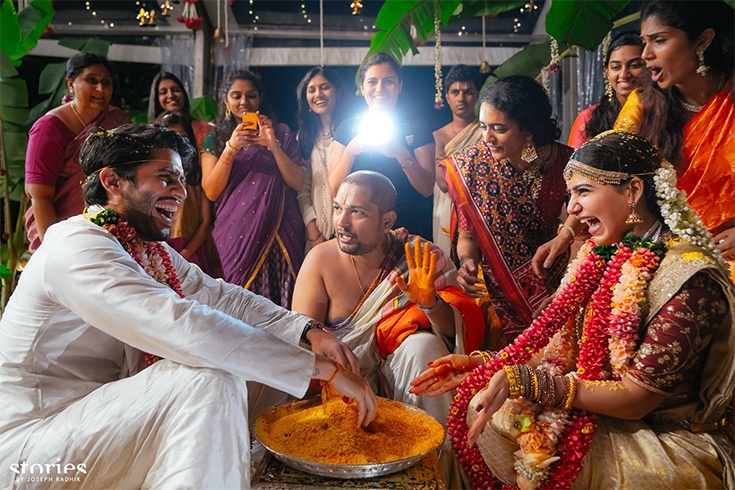 After all, Samantha found her lobster and that was the ideal finale to the Hindu ceremony which witnessed a flush of every contented sentiment. This wasn’t the end, what followed the next day was equally cute and intimate.

The bride and groom came in contrasting colored outfits, which were manifested into the decor. The decor and vibes at the event sure made for a picture perfect destination. All the flowers in the pots had accents of dark and light colors, and the pavement to walk by was drowned in flower petals so gracefully.

We loved the first delightful look Samantha dressed in an angelic white wedding gown by Koecsh by Kresha Baja, had with her bridesmaids before the celebration. One look at the bride and groom and we knew this was a match made in heaven. We are not kidding when we say that! This beautiful couple ended the ceremonies with an after party that they threw for the guests to unwind on a breezy Goan evening. Wishes for the couples started pouring in from everywhere, while Samantha patiently took out the time to reply to a few.

Also, their wedding photos that were captured with every emotion intact were curated by none other than the famous team of Joseph Radhik. They have done an absolutely brilliant job and here are some more pictures from their collection of the #Chaysam wedding : 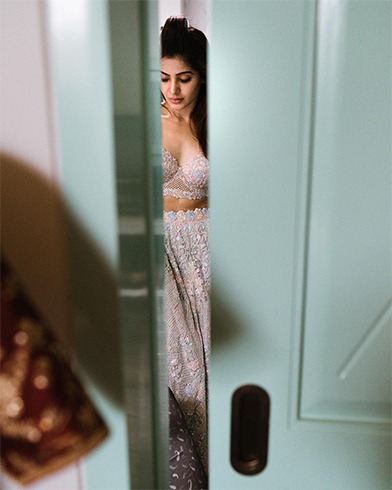 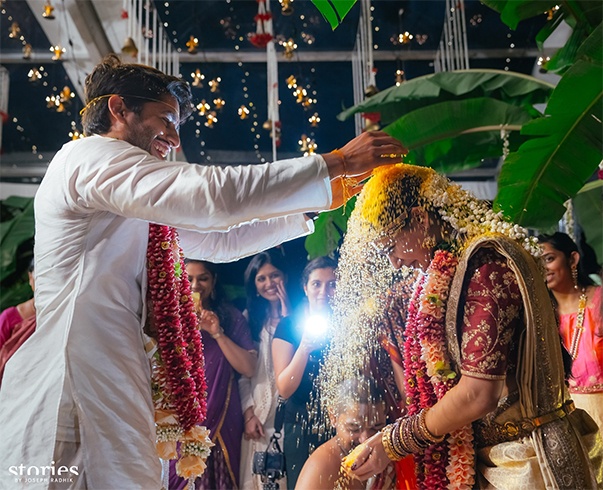 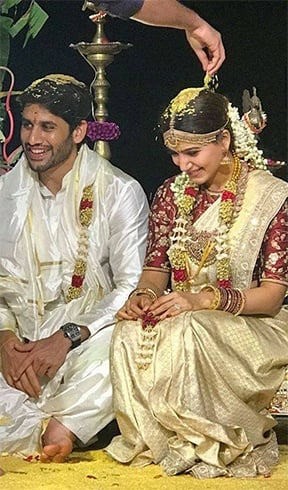 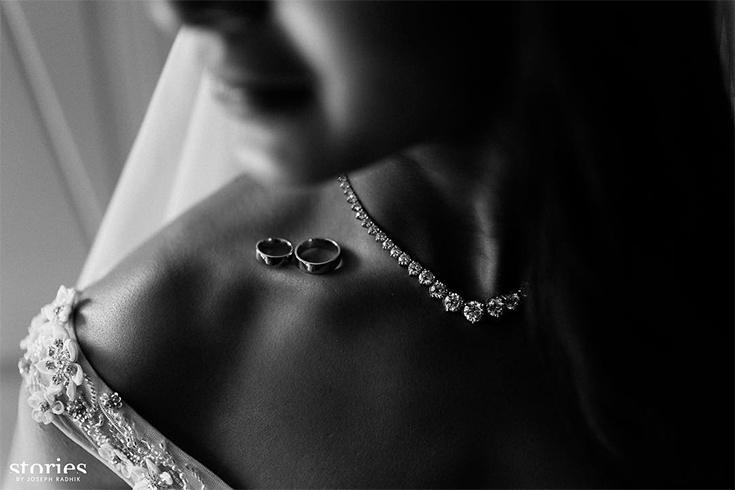 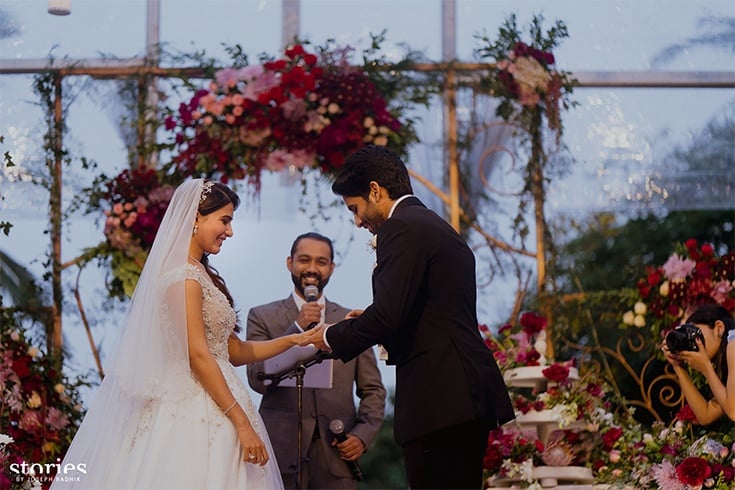 Awww-ing all the way while scrolling through those pictures? Yes, same here.

This wedding was a labour of love from start to finish and that’s what we love. Wishing Chay and Sam a happy married life!

Fashionlady - May 7, 2021 0
Mother’s day is one day of the year when you feel closest to your mom. You see her as your best friend and confidante,...

Gifts For New Moms: Make This Mother’s Day Special For Them

Common Side Effects Of Sulfate For Your Hair

Throwback To The “It” Celebrity Handbags From July 2017

The Celebrations Began! Check Out The Wedding Details Of Priyanka Chopra...

Fashionlady - May 7, 2021 0
Mother’s day is one day of the year when you feel closest to your mom. You see her as your best friend and confidante,...