Indian Fashion Blog
Home Events The Starry Affair Of The SAG Awards With The Best Dresses Of... 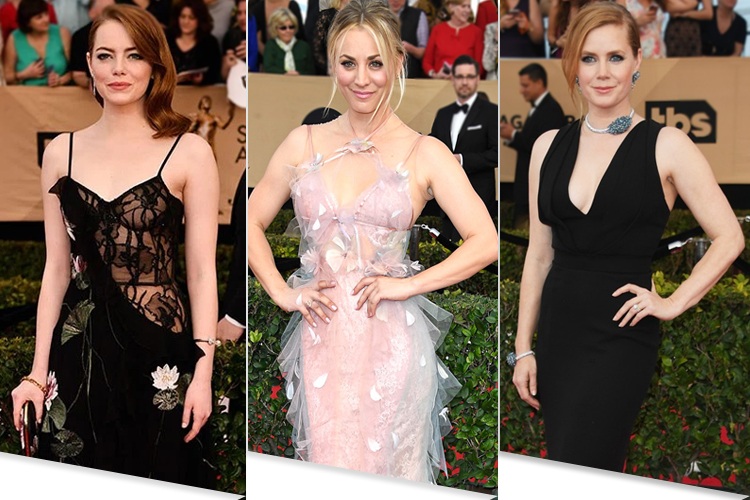 Ever since stars have been bringing their A-games to the awards red carpets – it’s no more a war for the best actress, it has become a war to bag the title of the best dressed. And while they fight each other, we enjoy being the judge of these beautiful damsels. SAG awards are no different.

Taraji doesn’t need a stick figure to make that Reem Acra gown work. Her curves stand as a compliment to the beautifully embellished mauve dress that she accessorized with minimal jewelry from Nirav Modi. She Jimmy Choo shoes must be hating that gown for hiding them, though. Before the beautiful actress won the SAG for her mind-blowing performance in Hidden Figures, she won our applause for making the best possible choice in the wardrobe department. The stunning dress by Christian Dior sits fabulously on Kirsten’s flawless silhouette while the lazy beachy waves delicately frame her face. The jewelry you are so avidly eyeing is from Fred Leighton. Woohoo!!! Who do we have here now? The star of La La land had almost shown her ‘La La Land’ to the world, but ain’t she a clever one or what? Her Alexander Mcqueen dress tricked us. That black dress with its floral embroidery – I’d totally want to pluck a rose out of it. The Jimmy Choo pair finally gets to peek-a-boo and jewels from Tiffany & Co are rocking too. 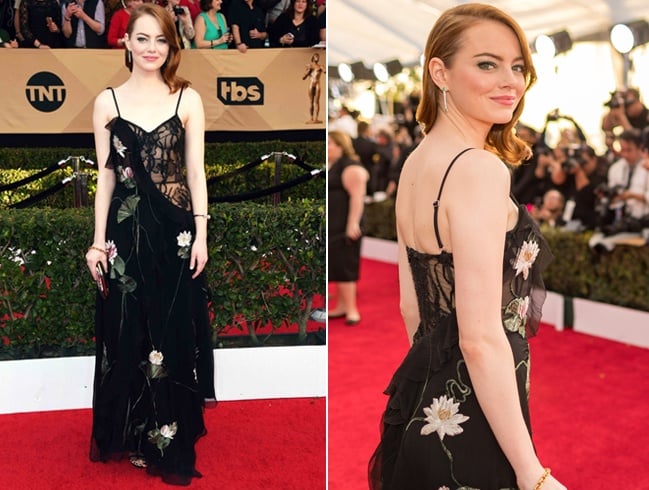 Zuhair Murais deserves an Oscar for weaving the crystal into Sofía Vergara’s embellished gown – but it’s sad that they don’t have a nomination for this. The embellished bodice made out of a sheer fabric is a pleasant contrast to the black knee length skirt. Monochrome is the trend – so monochrome it was for the star of the Modern Family. The peep-toe is from Charlotte Olympia and the glistening bracelet, I could kill for, is by Lorraine Schwartz. 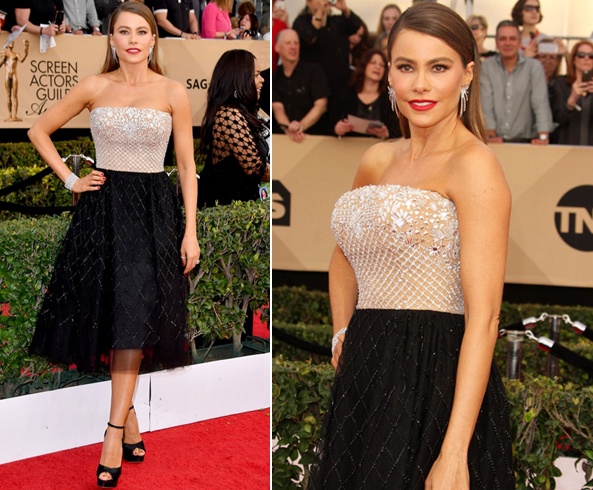 Kerry made an astonishing appearance in her white Cavalli Couture. Dazzling with white sequins the white off-shoulder gave an impression of floating clouds. While the long sleeves didn’t demand any heavy jewelry, we are loving those rings from Neil Lane. People can be really mean for no reason – and I am talking about those who are placing the ‘The Big Bang Theory’ star on the worst dressed list. I don’t know what angle they are looking at it from, but the way we look at her, she appears to be a mystical mermaid from the depth of the Atlantic in her Marchesa gown. I am still debating my response toward this Dior Haute Couture, Natalie picked for the evening, but why don’t you guys take a look and come to a decision. I am loving the bell sleeves, though, and yes – the Tiffany bracelet. Red carpets stay incomplete till someone turns up smeared in all red – this time it was Sophie Turner. After making a wonderful appearance in X-Men: Apocalypse, she made another delightful show at the SAG awards in a head turner by Louis Vuitton. A tad bit of cleavage and a smart slit to put those killer legs on show – the actress knows the game already. 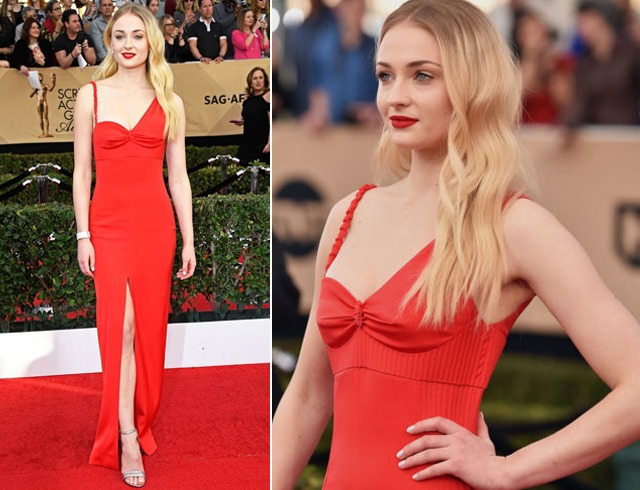 Everyone is crossed that despite a splendid performance in Arrival, the actress was vehemently snubbed but the Academy Awards. But we couldn’t snub her on our best-dressed list – for she came in like the queen she is in a classic black gown by Brandon Maxwell. The Cartier statement jewelry pieces added to her mesmerizing charm. 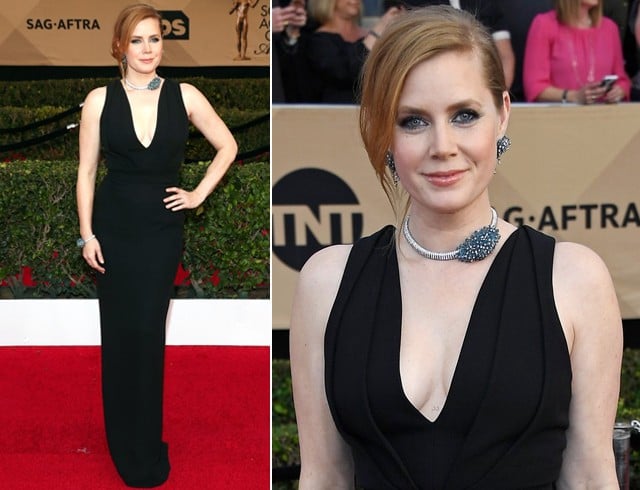 We just can’t stop with our listing, but then there is just so much we can cover in our limited cyberspace. Stay tuned for the Awards season has just rolled it, we have so much to offer.

Top 5 Artists Who Give Our Divas Confidence And Expression

How to Cure Stomach Ulcers at Home

Who Wore it Better- Chitrangada Singh or Huma Qureshi?

Fashionlady - October 17, 2014 0
After looking at some fabulous designs from Day 1 that included Tarun Tahiliani, Paras & Shalini, Aneeth Arora and many other at the Wills...