Just rounded up an account on the Golden Globes and here we are, weighing the fashion scene at one of the most prestigious award shows of Indian Cinema – The Filmfare Awards. What had me stumped, though in a good way, was the high dose of inspiration from the west drawn by the desi divas while making their respective wardrobe choices. Not only were we inundated with gowns by international designers, we have to admit that the cuts and fabrics too had a global vibe.

Shilpa Shetty has been slaying the red carpet lately, so it was no surprise when she made another jaw dropping appearance in a golden Manish Malhotra gown. Let’s not even talk about the slit on that gown; we leave that to you to discuss. The statement earrings by Mehernosh Heeramaneck was another smart choice for accessory along with the pointy Oscar de la Renta heels. 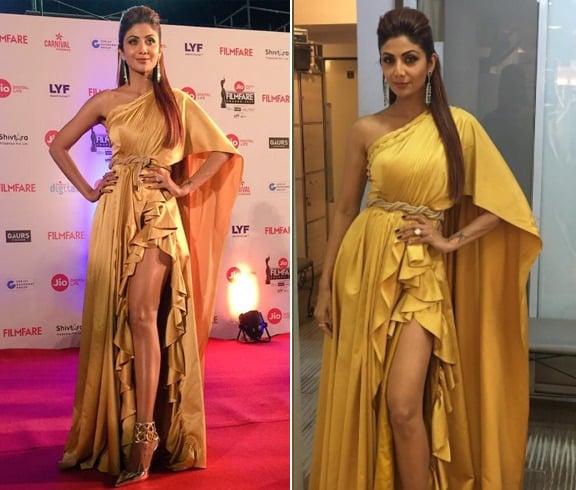 Slits have journeyed all the way from L.A to Mumbai so the sexy sirens of Bollywood could so some of those never ending legs. In this case, we have Diwale fame Kriti Sanon mesmerizing us in her high-slit black gown by Shehla Khan. 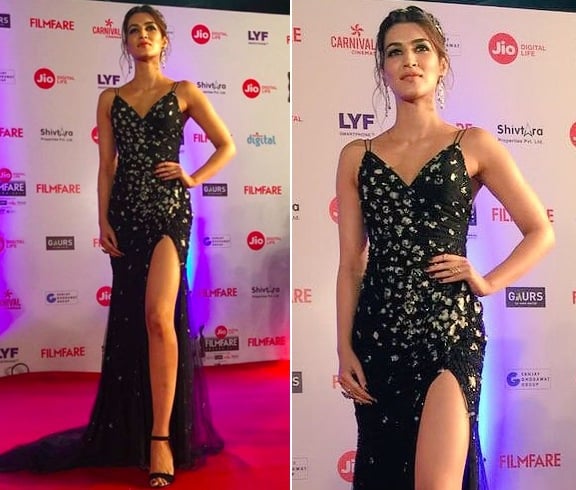 We also spotted Kalki this evening, looking spectacular in a shiny bronze gown designed by Nikhil Thampi. In her metallic gown, she played it cool, balancing like a pro, her thigh high slit, and a plunging neckline. 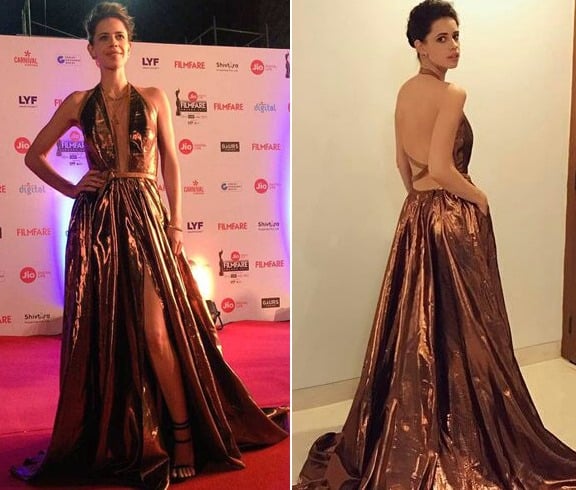 Pooja Hegde was seen rocking a black velvet gown by Ali Younes. The shimmery backless gown was accentuated with glistening pearls speckled across her dress below the waist, casting sheer magic in the venue. We love that she kept her hair tied neatly in a bun painting an elegant and classy picture. We don’t expect anything less of a show stopper from the style icon of this industry. The Neerja actress might have missed the Best Actress Award but would have bagged had there been an award for this sensuous look in a white rather translucent dress by Elie Saab. 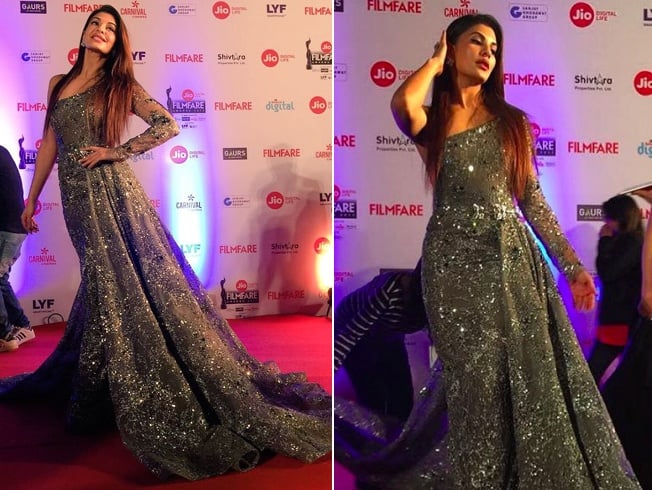 While cousin Priyanka Chopra is slaying the red carpet across borders, Parineeti Chopra was killing it at the desi event. The actress was a perfect Barbie in her hot pink Mark Bumgarner that featured the biggest bow ever. Singer Sophie Choudry was channeling her inner Old Hollywood vibe in this off shoulder Terani couture in lavender. We are totally daggering the absence of loud accessories and the fact that she left it to that dainty little belt to garner all the eyeballs. Yes, Sophie, we did notice your side swept Hollywood-esque curls and a full on red pout. 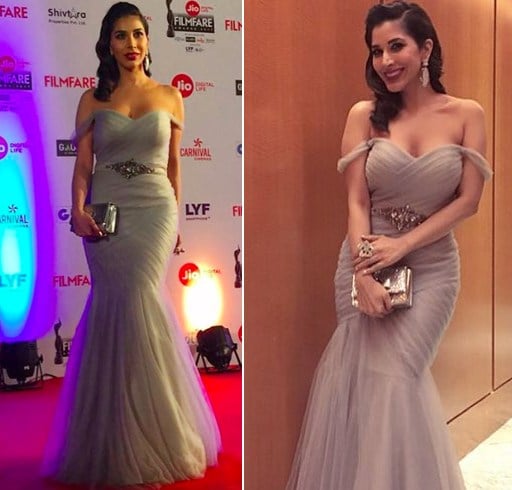 The Ishqedariyaan actress walked in looking like a dream of a star-speckled night in her in strapless Sharnita gown. The choice of minimal jewellery by Gehna Jewellers was a clever one indeed. We have been seriously missing some action from the ‘Cocktail’ actress for a while now. But she marked her presence pretty loudly in a black Atelier Alfazairy gown that helped her stand out with its distinctive trail – a style not that favored in Bollywood yet. The actress was so obsessed with her white strapless Abu Jani Sandeep Khosla ensemble that she couldn’t help posting a bunch of pics on Instagram. No, we aren’t judging at all. If we looked this glamorous any day, we’d click and post a zillion pics too. But, before we move further, can we just take a minute to acknowledge that one hell of a sexy tattoo? 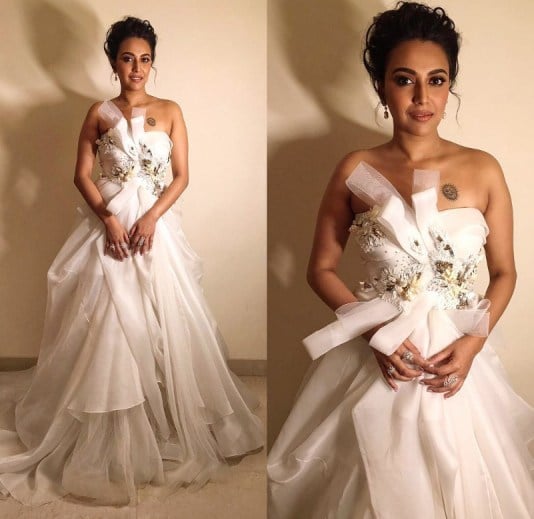 To look stunning isn’t a new thing for Miss India Urvashi Rautela. She was doing what she does best, yet again, at the Filmfare award’s night. Dressed in a white gown picked from Belluccio the young actress was India’s response to Cinderella. 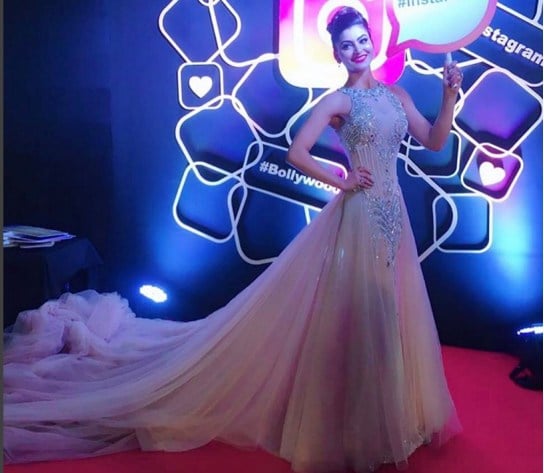 Well, Vidya is not the most fashion conscious personality Bollywood has, but the talented actress doesn’t need anything more than a simple six-yard to make her heavy-weight presence felt in an ocean of the crowd. So here is for you guys, the star of Kahaani 2 in her signature saree look. The designer piece from Raw Mango was simple yet exquisite. 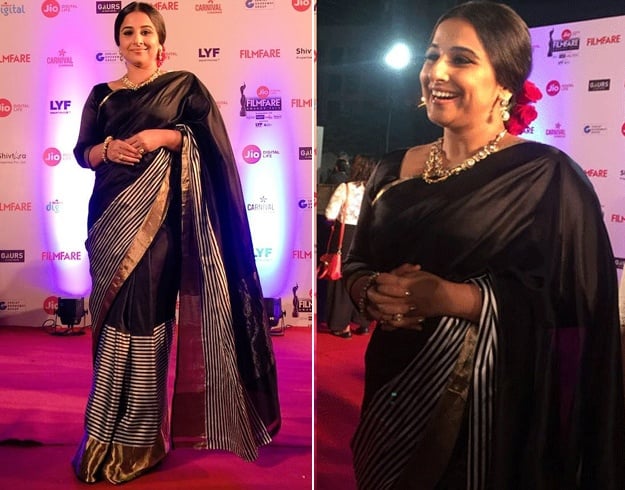 Did we miss anyone? Who is your best dressed among all these Divas? Comment below and share this style account for your stylish friends to see.

DIY Home Based Remedies On Different Ways To Whiten Teeth