Can one ever imagine that a young lady by the name Sweety will one day grow up to be the Devasena in Baahubali: The Beginning (2015) and Baahubali 2: The Conclusion (2017)? During her school days, she was keen in geography, and in her later years in Yoga. Luck and destiny took her to films, where she stunned everyone with her performances. Considering she is the highest-paid actress in South Indian Cinema, how much do we know about Anushka Shetty fashion profile? Not much, right? We will tell you more, so keep reading till the last word. 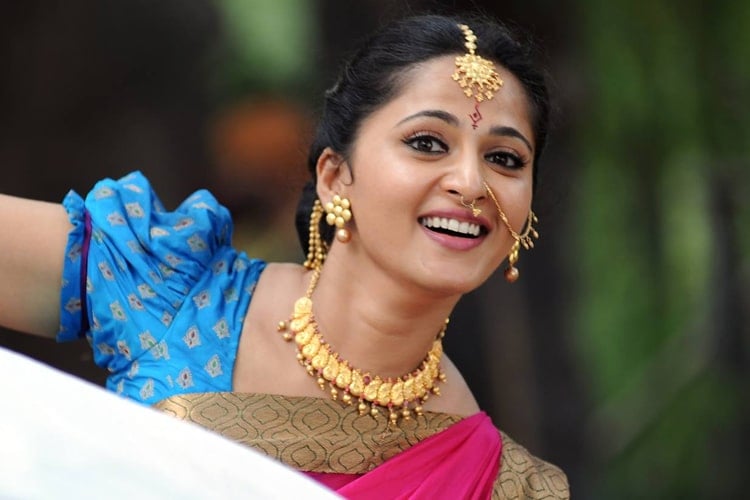 Parental skills play a huge role in upbringing of a child. Born to A. N. Vittal Shetty and Prafulla, Anushka had a low profile, until she got into films. 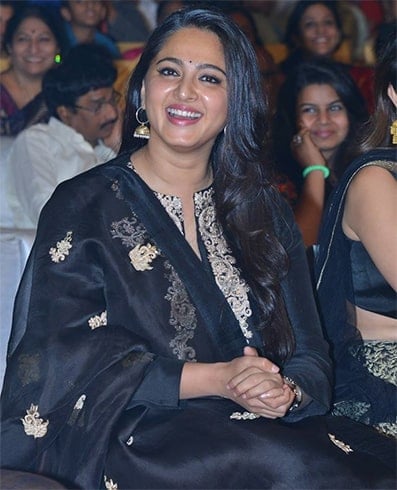 Anushka Shetty is the second Indian actress after Sridevi to have a $1 Million grosser at the USA Box Office. What a phenomenal and path-breaking journey it has been for Anushka Shetty. 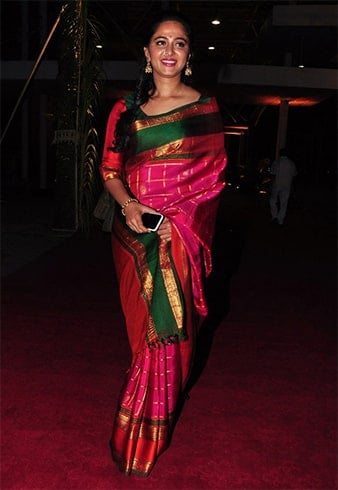 Anushka Shetty’s body of work has been terrific. She has been able to pull off women-centric roles with perfection. No wonder, she is the proud recipient of multiple awards. Have a look at some of them. 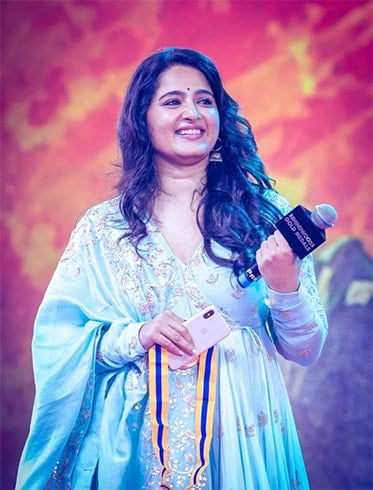 Alright, she is the director’s delight, an actress with blazing confidence and stunning beauty, but what about the fashion side of her? Let’s find out about Anushka Shetty fashion profile.

Here is Anushka walking the ramp for Shravan Kumar in beautiful black saree embellished with intricate thread work. The traditional maang tikka on the forehead and the necklace complete the look so beautifully. The ‘Baahubali’ star in white saree is proof of the fact that white makes you look charming and sophisticated. Anushka Shetty on her promotional spree for her film Bhaagamathie.

So what are the beauty secrets of this South Indian beauty? Anushka Shetty does the following: How does Anushka Shetty look without makeup? Catch a glimpse. 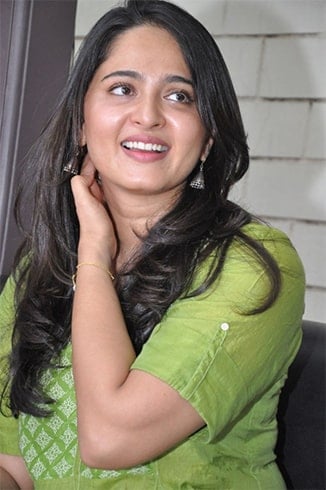 Not many of us know that Anushka was a Yoga teacher under renowned yoga master Bharat Thakur before getting into acting. It so happened that Puri Jagannath was looking for a new face and he recommended Anushka’s name to Jagannath. So yoga is definitely a part of Anushka Shetty fitness secrets which she does daily for 30 minutes to get a fitter body.

As for Anushka Shetty diet plan, junk food is a no-no for her. Instead, there are a lot of fresh fruits and veggies on her plate. 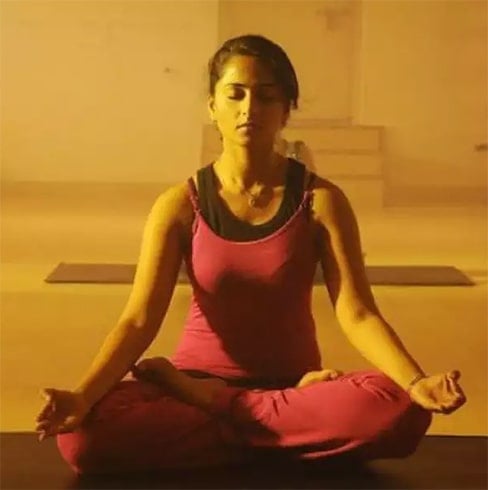 The actress makes good money from her endorsements. Some of the leading brands who she endorses are Chennai Silks, Colgate Active Salt, Dabur Amla and Intex. 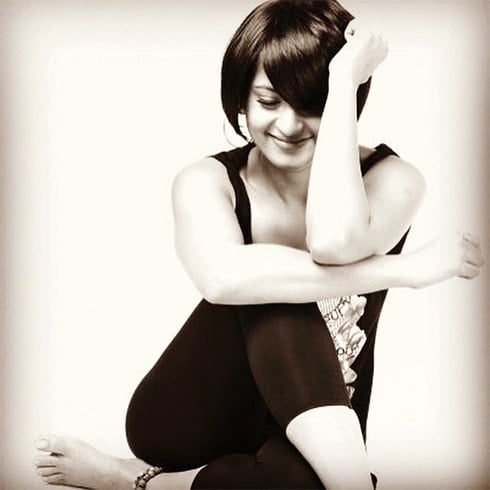 So how did you find the profile of the South Indian star Anushka Shetty? With her performances and awards, nothing can stop her from her winning spree. Write in and tell us how you found this post.

Who Was The Best Dressed At The Filmfare Awards