Urmila Matondkar fashion profile signifies a sartorial risk taker echoing her choice of movies. Leave it to the actress to step out in unique dresses or special edition footwear’s. She nails the red carpet looks each time she steps in. Here, we have collected her up-to-date boldest looks below. Take a look. 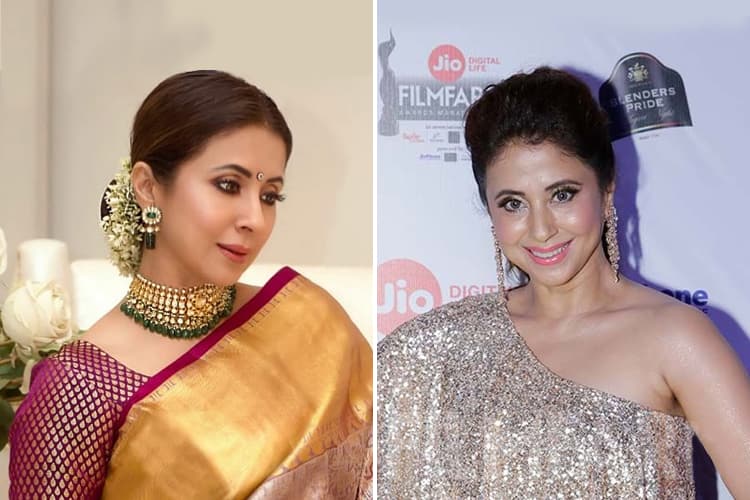 Urmila Matondkar was born in Mumbai, Maharashtra. She has two siblings-one younger sister and one elder sister. Her sister Mamta is also a former actress and singer, while her brother Kedar works in the Indian Air Force.

In 2016, the actress got married to Kashmir-based model, Mohsin Akhtar. Apparently, the two were introduced by common friend designer Manish Malhotra.

Now let’s take a look into Urmila Matondkar’s personal details, and know more about her passion, weight, age, in detail. Scroll down and enjoy! 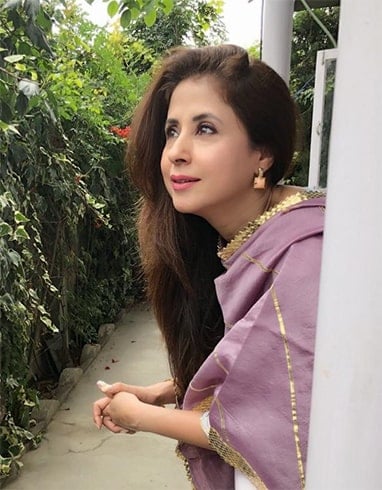 Urmila Matondkar is a Bollywood actress popularly known for her Hindi, Marathi, Malayalam, Tamil, and Telugu movies. She has been recognized for her contribution to Indian cinema numerous times with seven nominations and one Filmfare Award to count. Apart from being a great actor, Urmila was also famous for her dancing skills.

At present, she is enjoying her marital life. We are hoping to see great work from her in the future.

Here are the list of awards and titles that Urmila has won for her amazing work in movies: 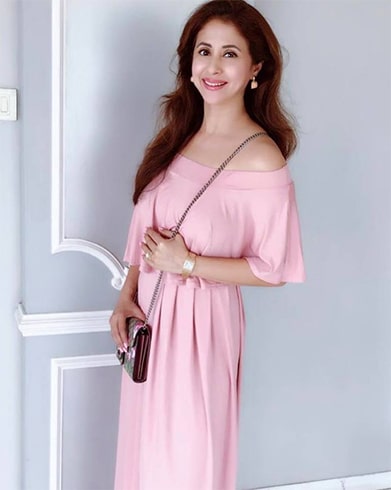 Urmila Matondkar-she’s one of the biggest actress’, and when it comes to fashion, she plays her own rules. Dressed by every big designer of the country you’d care to think of- Manish Malhotra, Shantanu & Nikhil, and the like. 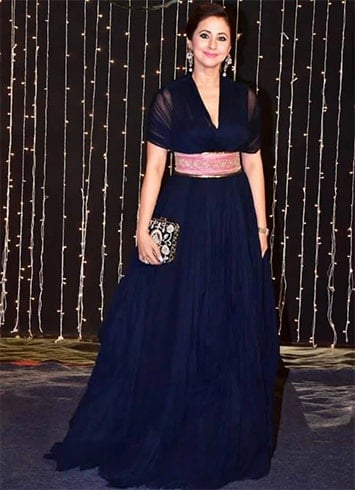 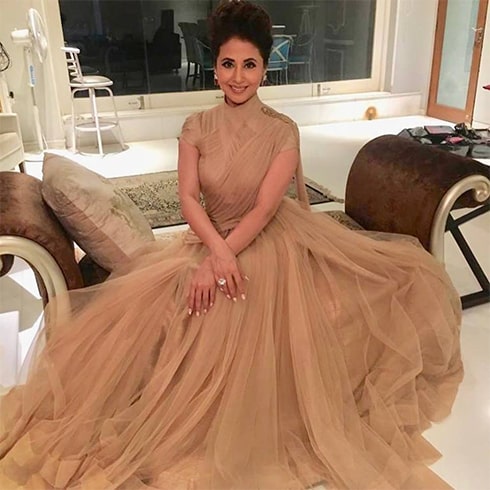 4. Leave it to Urmila to make any ensemble look chic. She is seen here at the launch of Shantanu & Nikhil store in a polished all-black suit and a matching sequined clutch. 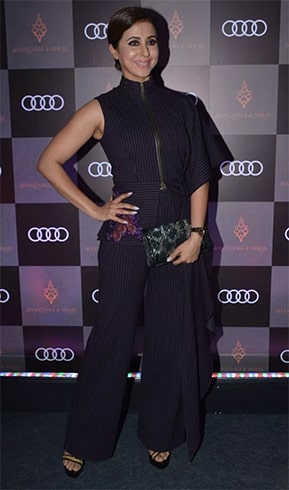 5. The newly-turned producer, Urmila Matondkar arrived with her husband Mohsin Akhtar for the trailer promotion of her debut production Marathi film, Madhuri. For the occasion, she wore a sunny yellow dress and left her tresses loose. Her makeup and accessories were kept to a minimal-perhaps to bring attention to the dress. 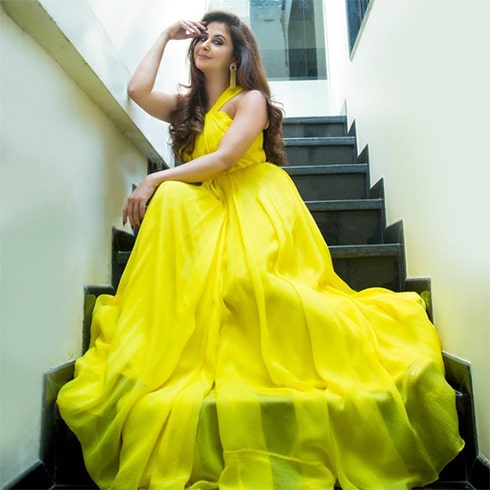 6. We love the Nitara Dhanraj pant suit on Urmila. The blazer features bell sleeves and a low slit beautifully flaunting her slender frame. 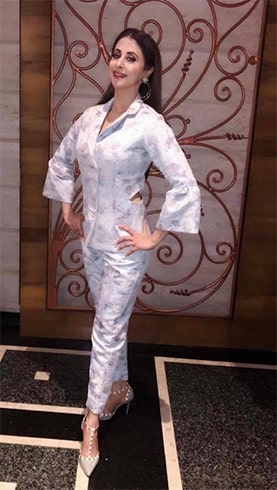 7. Snapped during the promotions of her movie, Blackmail. 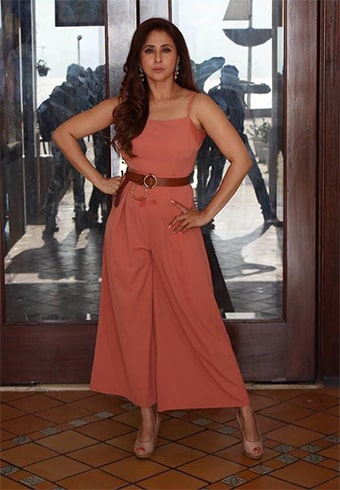 Although the skin care routines of celebrities are simple, Urmila’ keeps her refreshingly simple. The Rangeela actress has long been praised for her fresh, dewy complexion. Her skin routine is surprisingly low-maintenance. Her quick fix to looking good is cutting out smoking, alcohol, and drinking plenty of water-tips backed by pros. Urmila Matondkar Makeup Tips include prepping the skin with a combination of exfoliating scrubs and cleansers.

We all can’t be born with Urmila genes, but her affordable and doable routine makes us feel that we can attain a beautiful skin like hers. 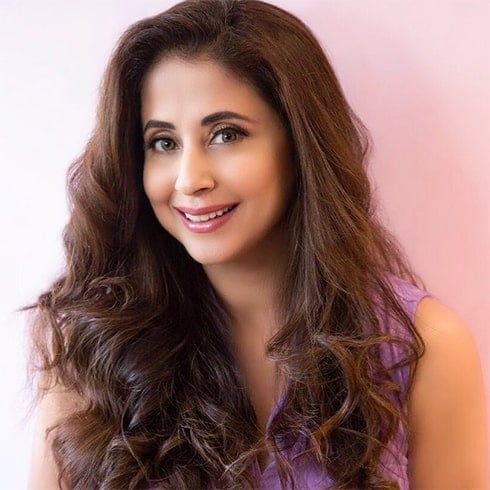 Urmila Matondkar is one of the celebrated actress’ in India. She leads an unbelievable busy life, whether she’s shooting, traveling the world, appearing for award shows, or simply spending time with family, friends, and husband Mohsin Akhtar Mir. But she’s also dedicated towards her wellness, staying active, and eating right even when’s she is traveling.

Urmila Matondkar has worked with many humanitarian causes in support for women and children. The actress was also a co-judge at reality dance show, Jhalak Dikhhla Jaa, Season 2. Urmila is the epitome of cool glam. She gives every look of hers a seriously expensive look as shown above. We hope you enjoyed going through her recent bold looks. Tell us your feedback in the comment box below.

A Count Down Of 34 Stunning Celebrity Engagement Rings

They Say ‘Rice Makes You Fat’, But This One Simple Trick...

Best of Dolce and Gabbana 2013 Trends

6 Reasons Why Manish Malhotra Should Be Your Favourite Designer

Shruti Haasan Sets Out To Impress All With Her Ethnic Styles

Fashionlady - August 27, 2017 0
Back in her hometown, right in her comfort zone, the South Indian beauty, Shruti Haasan rolled out some awesome styles and it was our...