Trisha tends to follow trends and instead focus on wearing timeless classics. Since she is not seen in gimmicky ensembles, you can still take inspiration from any of her looks and still look relevant. We went through a deep dive at Trisha fashion profile and found amazing looks that can look just as trendy many years after. 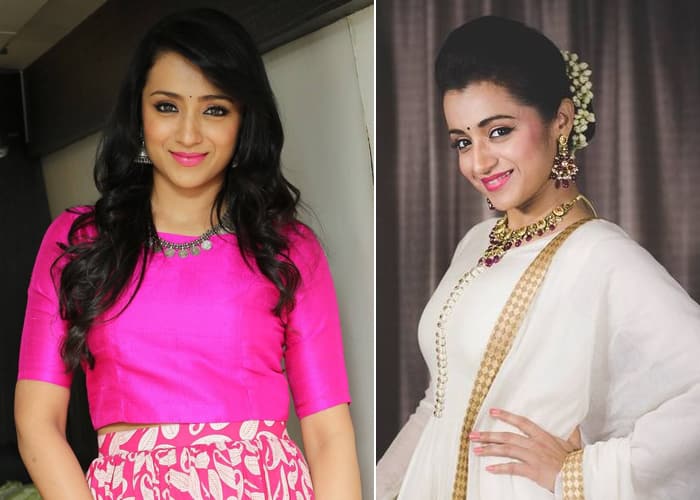 Keep scrolling to find Trisha’s style and other personal details.

Trisha Krishnan was born in Chennai, Tamil Nadu and raised by her grandmother and mother. She was born to a Tamil family whose ancestors were from Palakkad, Kerala. Trisha’s father, Lt. Mr. Krishnan worked as a GM in a Hyderabad based hotel but later passed away in October, 2012.

The Kollywood beauty speaks fluent Hindi, English, and French while her mother tongue is Tamil.

Trisha’s mother, Uma Krishnan used to be offered many Tamil film directors but she declined them all, and instead focused on preparing Trisha. She supported Trisha all throughout her career and this is the reason why the actress attributes her success to her mother. She remarks, “My mother has been the pillar of my strength and has stood by me like a rock through thick and thin. Everyone in the industry and my friends know how close I’m to my mom.”

In 2015, Trisha was briefly engaged to Chennai based businessman, Varun Manian. But the couple amicably parted ways five months after their engagement announcement. 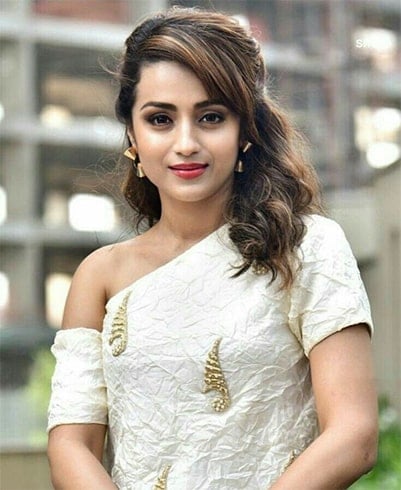 Here are all the details that you need to know about Trisha: 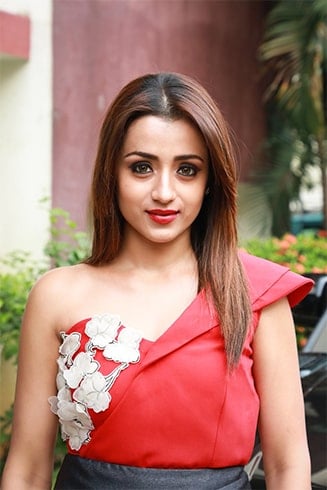 Trisha is an actress and model who worked in several South Indian movies where she made her mark as a leading actress. Her first taste of success came in the form of Miss. Salem beauty contest, 1999 and subsequently the Miss Madras pageant. In 2011, she finished off with Miss Beautiful Smile Award at Miss India.

Her hit movies include Abhiyum Naanum, 2008 and Vinnaithaandi Varuvaayaa, 2010 where she won Vijay Award, Favorite Heroine and also got nominated for Filmfare, Best Tamil Actress.

Here is a breakdown of the titles and recognitions that Trisha Krishnan has won so far: 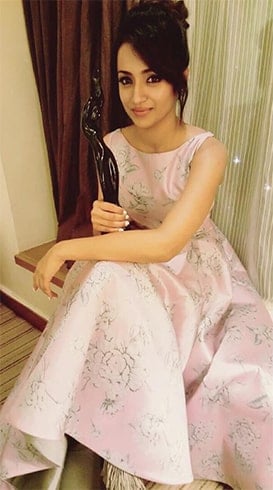 Want to see all of Trisha’s recent looks? Scroll down for more: 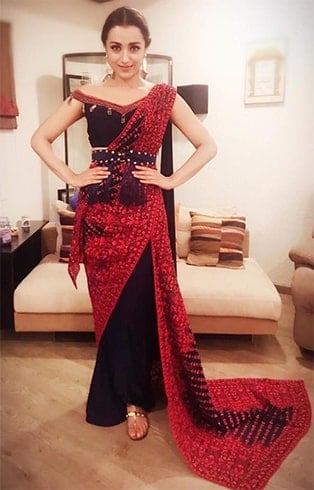 2. To go with her all-white ensemble, Trisha rocked red nails and nude lips at the pre-release of her new movie, Mohini at Hyderabad. 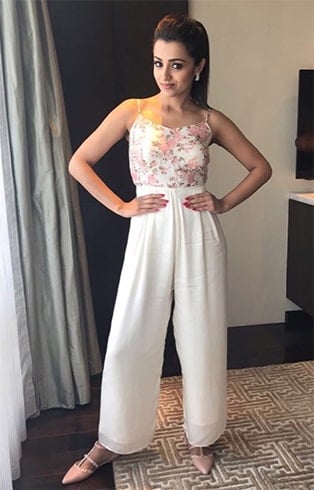 3. Trisha’s pink traditional silk saree was the perfect outfit to wear at the launch of NAC Jewellers at Kanchipuram. 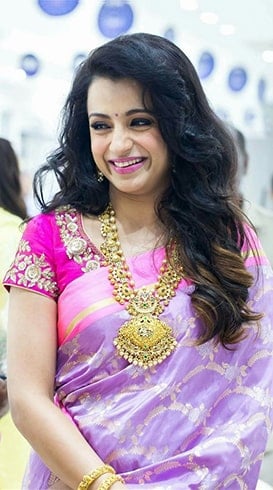 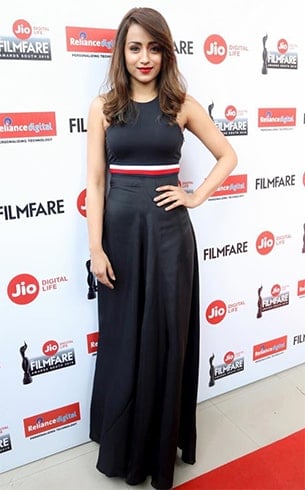 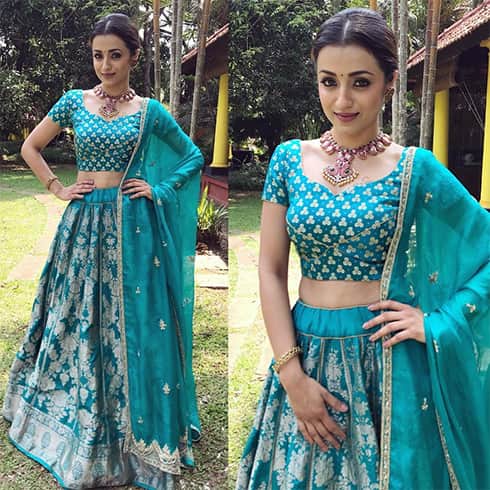 Trisha Krishnan was born for the camera. We can say this because she was obsessed with makeup since she was a child. Now she is easily passable as one of the most well-groomed actresses in Kollywood.

If you want to know few of Trisha makeup tips, then read on: 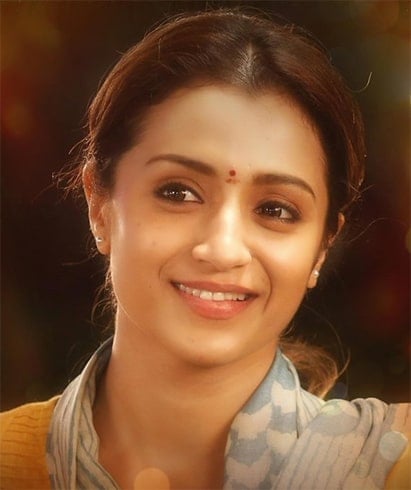 Even with her busy schedule, the actress manages to make out time to hit the gym. She is particular about her workout sessions and knows what works for her body exactly. Here is a cut down on Trisha fitness secrets. 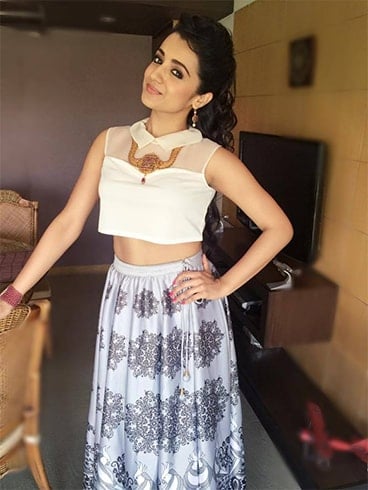 Trisha diet plan is about maintaining a balanced meal plan. Here are a few insight tips on the same:

Here are the lists of brands that Trisha has endorsed so far: 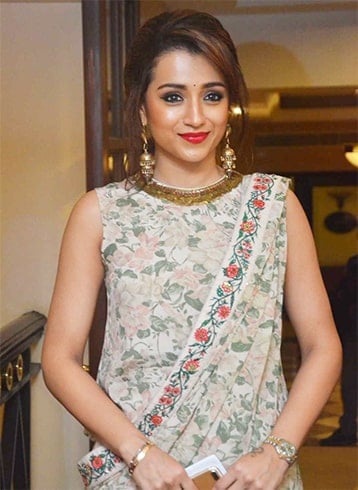 Here is a breakdown of Trisha’s achievements outside films:

Here are the links to Trisha Social Profiles:

Did you enjoy going through Trisha fashion profile? If yes, then write in to us at the comment section below.

Wear Botanical Tattoos For The Love Of Nature

Ugg Boots With Leggings! Celebrities Show Us How

A Check On The Best Dressed Celebrities Of Bigg Boss House...