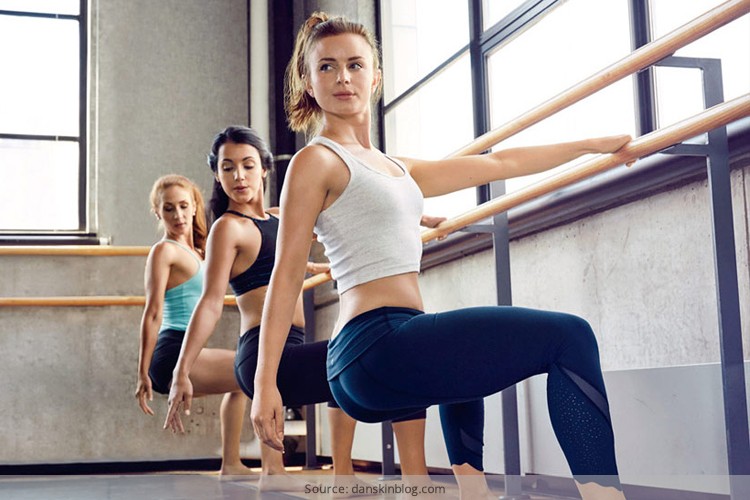 Now if the fashionable cutie pie in you wants to get a ballerina like figure, you have hit the right page.

Here’s raising a toast to Barre workout. Naturally you will ask what barre is. The barre ab workout is a fitness routine where you are to hold onto the barre, one leg up. If you are ready to try, then there are few ways of doing barre fitness which will help you work your arms, legs, butt and thighs.

Most gyms these days are encashing on this trend which relies on ballet moves and isometric exercise. Let us find out more about Barre!

Barre fitness classes are basically classes which are ballet-inspired. Other fitness disciplines such as yoga and pilates are also incorporated in a ballet barre workout.

A barre workout session is lightly choreographed to upbeat music, at the same time poses held in isometric contraction are similar to yoga. While a pure barre workout focuses on small and repetitive bodyweight moves, sometimes small hand weights are added to bring in more resistance. This is the best way to get that lean and toned look.

It was in the 1950s when German ballerina Lotte Berk decided to send her toe shoes for retirement and at the same time turn her favourite ballet conditioning moves into a workout.

Known as the Lotte Berk Method at that time, it was a mix of floor and barre exercises which had oddly named moves – ‘the Peeing Dog’ and ‘the French Lavatory’ named by its eccentric founder.

With the passage of time, the Lotte Berk Method caught on and remained for several decades. Such was its popularity that YouTube videos from the ’80s and ’90s show how this fitness technique evolved from fluid motions to more rigorous workout involving quicker repetitions.

Check out this excerpt from Lotte Berk video in the earlier days which showed an artistic, conceptual and ballet-oriented opening sequence.

Berk passed away in the early 2000s, and her devotees went off to create their own workout studios which were dedicated to ballet-inspired barre workouts. These included Physique 57, Core Fusion, and Pure Barre.

A single class of Physique 57 at one of its eight international studios, which is a celeb favourite now might run you up to $36. A pure barre workout costs $33 per class in New York City.

Who Stands To Benefit From Barre?

Whether it is posture improvement or stabilisation of spine, gaining confidence or strength, benefits of barre workout are many.

Though this is a gender-neutral workout, women steal the show when it comes to participation. If you think it’s a lightweight workout, then please abolish all these notions. Barre moves are harder than they initially seem.

Barre class is a highly effective workout as it can burn up to 500 calories per session. So when you wonder how many calories burned in barre class, I hope you have found your answer.

Having answered what is barre yoga, am sure you must be eager to know is barre a good workout? Here are five benefits which will happily show you the benefits of barre workout.

As you age you need to maintain your flexibility, don’t you? Chances are without flexibility, little things like picking something off the floor can result in an injury. Barre-like moves help you stay younger by staying bendy with hamstring stretches.

If you are a runner, you should cross-train so as to strengthen other muscles that aren’t used while running.

I do hope you liked the concept of barre fitness. Have you already tried this trending form of exercise? Do drop in your thoughts and experiences in the comments section below.

Store And Phone Launches Saw The Best Of B-Town Over The...

Easiest And Best Exercise For Slim Waist And Flat Tummy

How To Get A Smooth Forehead With The Best Anti-Wrinkle Products?

All Thing Everything You Need To Know About Liquid Lipsticks

12 Best Potassium-Rich Foods And Their Benefits

Fashionlady - June 5, 2018 0
Our human bodies need a variety of nutrients and minerals to function properly. Among these, potassium is also a very crucial nutrient that helps...