The 64th Filmfare Awards 2019 took place on 23rd March, 2019. It’s the moment we’ve all been waiting for!! And doubly excited seeing our favorite starlets all dressed up in the most stunning looks, duh. See through our pick of best red carpet worthy ensembles from the night that just happened. 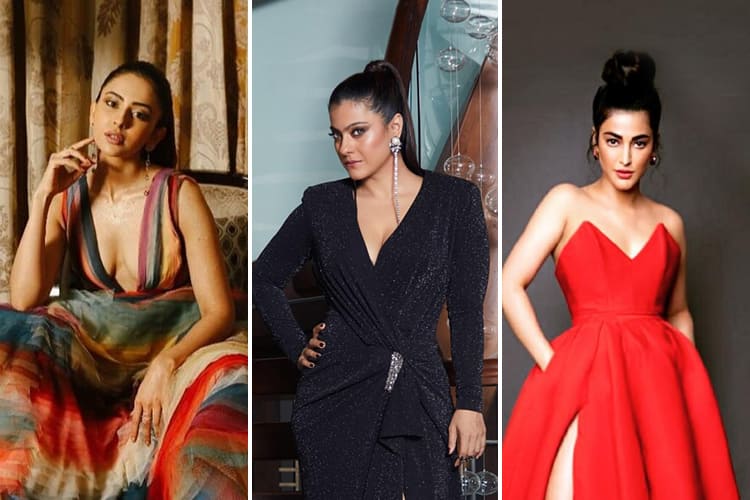 Who Wore What at the Filmfare Awards 2019:

The 64th Vimal Elaichi Filmfare Awards was held on March 23rd, 2019 and some of the movie industry’s biggest stars arrived on the red carpet. From Alia Bhatt to Kajol, here’s a look at what everyone wore for the show.

The just-turned-26 year old actress has been slaying it this awards season, trying fresh silhouettes and not limiting herself at every show. She capped off the award night in Ralph & Russo, solidifying her position as one of the best styled stars. 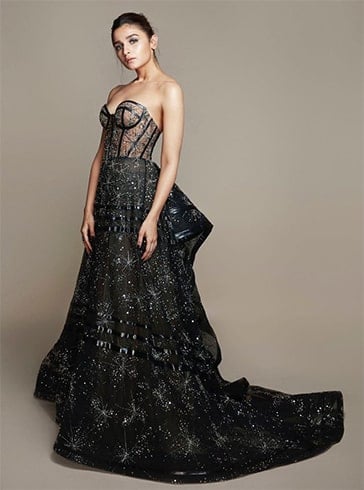 Deepika Padukone wore an Alberta Ferretti black blazer gown which was a limited edition from the Spring 2019 Haute Couture Collection. The ensemble’s bodice is the stunner, blazer look and all. Styled by Shaleena Nathani, the actress looks like a statuesque queen and proving her ability of carrying off any style with ease. 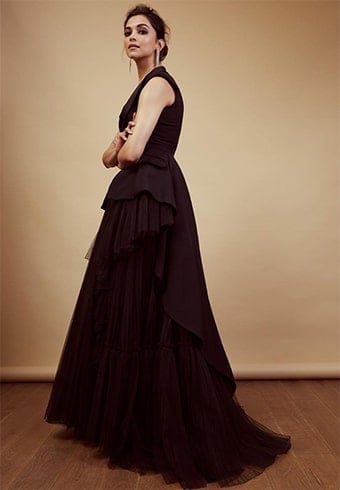 Katrina Kaif’s mint dress is one of the best Falguni and Shane Peacock looks the star has worn on the red carpet. The signature style of the designer duo of sequins and feathery style is a treat for the eyes. The actress looks regal in diamond earrings and lovely in minimal makeup. 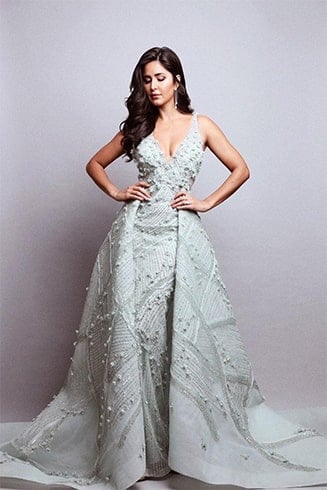 Sonam Kapoor wore another beautiful customized gown by Ralph & Russo from their exclusive couture Spring Summer 2019 Collection. Some would feel this is too dramatic for someone who is easily presentable, but we say if you aren’t going big, go home. 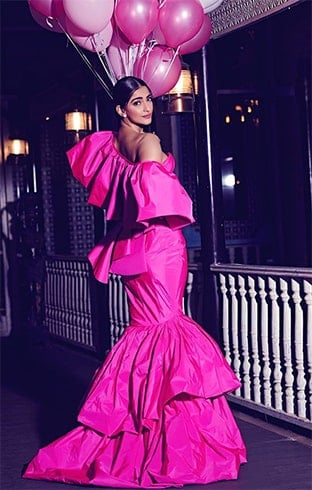 There’s something that’s quite gorgeous about the blush-gold tone gown of Jhanvi Kapoor’s dress. The combination seems trite, but this ensemble on the actress works. The Dhadak star still looks elegant in the shapely gown worn with nude stilettos and diamond accessories. Kriti Sanon made quite a splash at the award show. Beyond her diamond jewels, her Zara Umrigar purple beaded gown is the icing on the cake. If there was an award for best styling skills, Kriti Sanon would walk away with the gold. 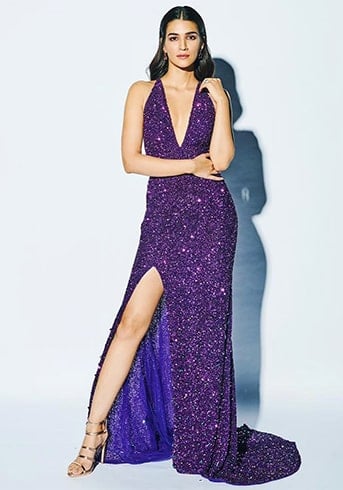 Most think wearing red to award shows is playing it safe, but there’s nothing unadventurous about Shruti’s sultry number. In fact, the actress wore the hell out of this fiery number with a sky-high slit. To the soft fabric, to the top knot, her look made the award night hot. 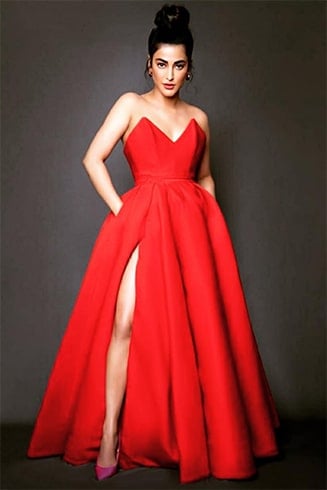 Kiara’s sculpted gown is a fresh take on the conservative sweetheart neck design. This is exactly how we expect from a top heroine to dress at a black tie occasion. 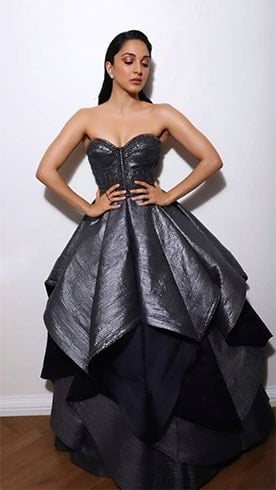 Radhika Madan’s ethereal blue number is an underrepresented hue on the red carpet and we wonder why. The dress is coupled with angelic design and is unlike any other design worn at the Filmfare Awards this year. But we just wished she wore something with more Best Styled zest. 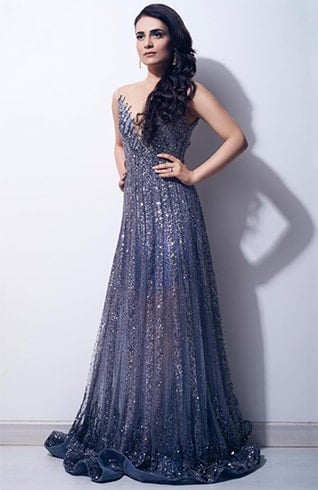 Kajol’s minimalistic style is done right. The actress chose a sleek Marmar Halim black gown with a subtle statement slit that is both classy and timeless. Her look is completed with a neat ponytail and dangling earrings. 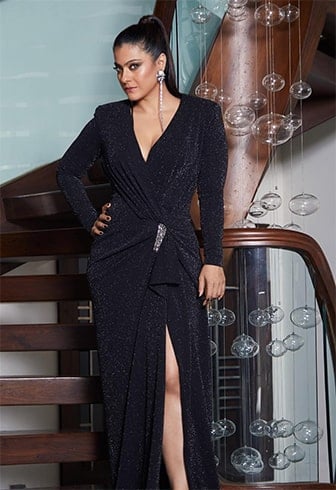 Khushi Kapoor black, powerful suit at the award show has a sartorial streak to it. She is only 18, but she can inspire women four times her age about relaxed classiness.

There was a whole lot of pink worn at the award show, in many flavors and designs, but we really love the command with which Diana cruised onto the red carpet. The iconic Dolly J dress worn by the actress is so cheerful and relaxed. The ruffled, pink number looks elegant on her. 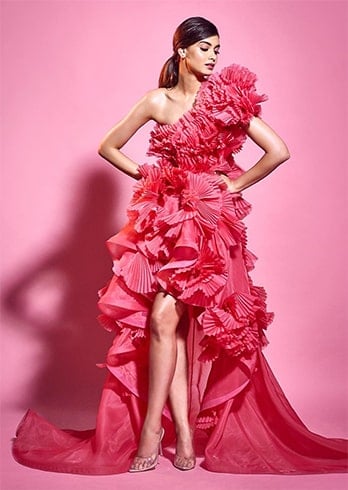 The multi hued Gavin Miguel gown and its plunging neckline made this a unique fashion moment for Rakul Preet. 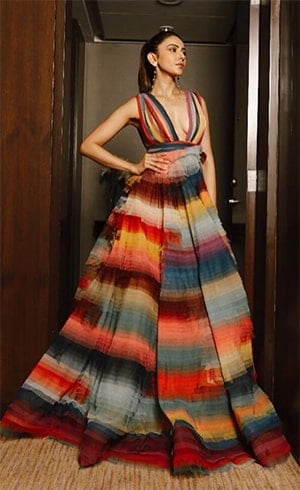 We were not confident with Athiya’s sartorial choices in the past, but this crisp-cut Bibhu Mohapatra satin dress elicited us to gasp in a good way. From the neat hair to the diamond jewels to the belted waist, its absolutely working on her. 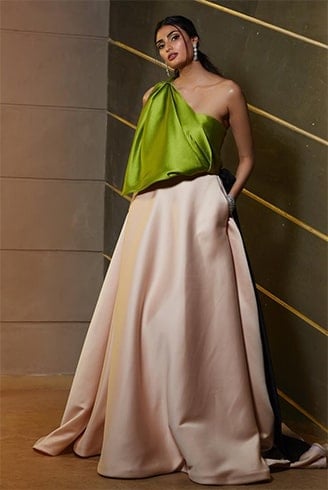 Call it formal ethnic wear, if you wish to, since that’s what it is. But mostly, we just call it great. And we are happy she won the Best Female Debutante award in this Abu Jani Sandeep Khosla lehenga. 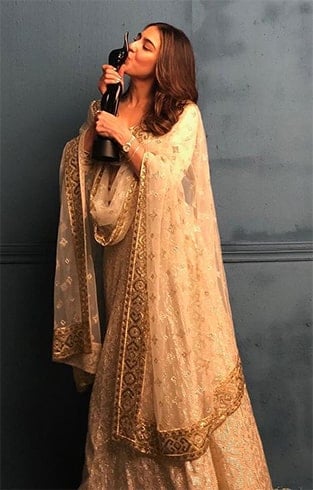 These were our 15 fashionable looks from Filmfare Awards, 2019. But do share with us who were your favorite and if you were to recreate any of these looks, which one would that be?

Malaika Arora Treated Us With A Super Stylish First Quarter, 2017

Ways To Choose What Colour To Wear For Indian Dusky Skin

Get Yourself Some Pastel Rainbow Hair To Match Your Vibrant Personality