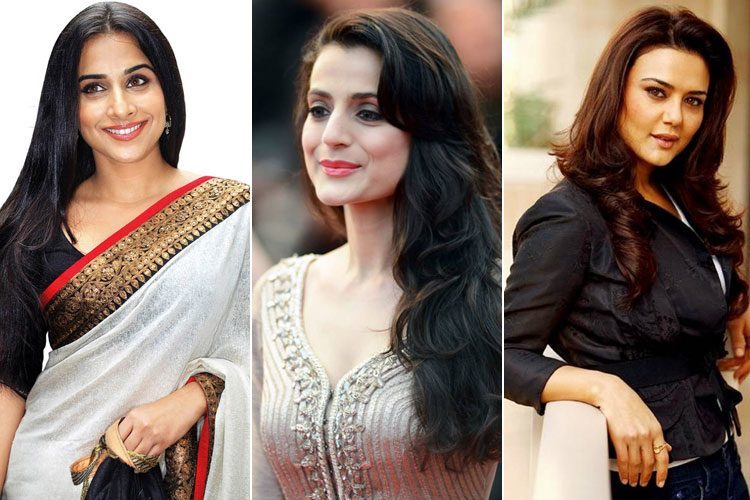 Somehow, we viewers hardly see Bollywood actors as something other than what they are now. But surprisingly, a lot of Bollywood celebrities had a very different life and were planning something very different before entering the world of acting.

Here are some details on the educational qualification of Bollywood stars:

Behind that benign smile is a woman who is a sociologist. Yes, Vidya Balan received her bachelor’s degree in Sociology from Xavier’s, Mumbai and later went on to obtain a Master’s degree in the same from Mumbai University.

The dimpled lady was way ahead of her peers when it came to education. Behind that smile is a bachelor’s degree in English from St. Bede’s College in Shimla. She also has a post graduate degree in Criminal Psychology, thus making her one of the most qualified female actors in the film industry.

The recently married Soha Ali Khan has a degree from Oxford! She studied Modern History at the Balliol College. She also has a master’s degree in International Relations from the London School of Business. Besides her heritage, she also has quite a lot of credit for such a stellar education credentials.

One of the members from Chopra clan, Parineeti had dreams of becoming an investment banker. So, she moved to London at the age of 17 and decided to pursue her dream by enrolling in Manchester Business School. Not only did she pass with flying colours, but the petite actor also got a triple honors degree in Economics, Business and Finance.

The ‘Kaho Na Pyaar Hai’ Star had gone to the US just after her twelfth. She graduated with top honors in Economics from Tufts University, Massachusetts and also won a gold medal. The multifaceted actress also completed her degree in biogenetic engineering from Boston. Though she was offered a job at Morgan Stanley, she refused and came back to India to pursue a career in Bollywood.

Next is the list of all the male celebrities who have an unbelievable educational background. So, all you fans out there, read on about the educational qualification of Bollywood stars.

While he had not planned to be on our silver screens, Senior Bachchan had very different life plans. The legendary actor has received a double major in Science and also has an honorary Doctorate degree from Queensland University in Australia. Talk about degrees!

The handsome hunk is not just about brawn. The model turned actor has a bachelor’s degree in Economics. He has also obtained his MBA from NarseeMonjee Institute of Management Studies.

The cute little Madhavan has quite a lot of feathers in his cap. Besides being trained in the Army, Navy and the Air Force, he has also completed his graduation in electronics. The actor has also represented India as a cultural ambassador to Canada and received the best NCC cadet Maharashtra.

The ‘Rang De Basanti’’s pensive actor is not at all pensive in real life. In fact, he was a very good orator and was even awarded the CNBC manager of the year award for his brilliant speaking skills. He completed his bachelors in Commerce from Kirorimal College, New Delhi and then went on to get his MBA from Mumbai. He was always a part of the debating society in college.

Behind those deep set eyes is a man who has several degrees in his kitty. Hooda was always a good student and he completed his bachelors and Masters from Melbourne in business management and HR management. He worked in marketing for some time before becoming an actor.

So, are you amazed at the educational qualification of Bollywood stars? These actors have plenty of talents hidden in their profiles!

The Beauty And Elegance Of Omega Watches For Women

Types Of Herbal Teas For Weight Loss And Skin Defense

Getting Into The Details Of The Flower Jelly Lipstick – All...