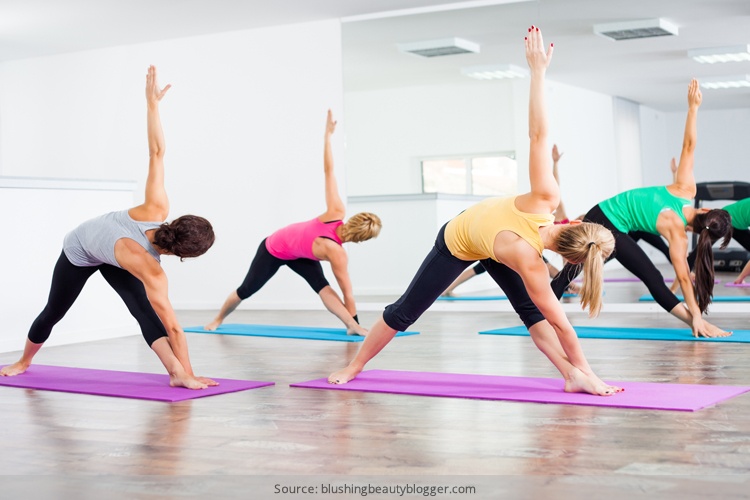 Yoga is an asset given to the world by India. We Indians feel extremely appreciative and proud of this blessing given by our ancestors to the entire world. With today’s fast flourishing world it has become nearly impossible to sit down and care for our health and lagging behind is not even an option these days. It seems like the mystical seers knew something 5000 years ago about the deteriorating lifestyle of their successors in future and thus, they decided to come into our lives as a saviour to succour us by introducing Yoga. However, there is another doubt which hits the mind of most of the people and that is which type of yoga to start from? After all there are a number of types of yoga’s with different benefits. The needs of a young adult to perform yoga may not be the same as the needs of an elderly to perform it. Today we are going to look at some of the different types of yoga and their benefits.

Different Types Of Yoga And Their Benefits

In this post, we wuld be discussing about four types of yoga which would ensure that you lead a healthy and prosperous life. Read on!

If you guys are specifically focusing on the spiritual side of yoga then this asana is perfect for you. The main aim of this asana is to focus on the awakening of the energy inside you. It is influenced by the practices of Hinduism such as Tantrism and Shaktism. This type of yoga mainly focuses on the consciousness of an individual to make him/her rise above the barriers. It also helps in unleashing the trapped energy inside an individual. The asana under this form of yoga includes extensive breath work and meditation which is accompanied by various chants and hymns.

The benefits of yoga form is to unleash the energy inside you; making you aware of your body and to increase the calmness inside you.

For all those lazy heads out there who may feel tired just after reading this article, you shouldn’t worry much because the Restorative yoga asanas and their benefits are for you. This kind of yoga doesn’t require much effort or an extensive level of energy or concentration as mentioned above. Restorative yoga is basically a type of therapeutic yoga which helps the clients to reach the stage of burnout and come back to their senses after all the stress and turmoil they’ve been going through. Most people refer to this yoga as “nap time” and the benefits of this yoga have been quite evident. It helps in making the client release all those negative emotions he/she was holding on to without much effort.

Hatha denotes the meaning “force” or “vigour”. If you are a beginner who is looking for a state of peace of mind then this yoga is meant for you. Most of people tend to relate calmness of mind with yoga. So this yoga is perfect for people who want to perform meditation along with some simple austere forms of yoga. This is the understated and classical form of yoga.

The benefits of the asana under this yoga include an increase in concentration, an increase in stamina and energy, better flexibility in muscles and an overall improvement in health. The main aim of this yoga is to make one’s body powerful enough to live a healthy life.

If you guys thought working out in the gym was the only thing to increase your strength and yoga was more or less the feeble version of exercise then you were mistaken. Even though it is a branch of Hatha yoga, it has been carved out from it to be a different style because it focuses more on precision and stability.

The poses under this yoga are held for a longer period of time to increase the flexibility and stability of an individual. The asana under this yoga involves employing various sorts of props to reduce the risk of injury and making it feasible for both the young and the old.

The benefits of the asana under this yoga are an increase in strength (physical and emotional), increase in flexibility of the muscles. The main aim of this yoga is also to elevate the level of strength and reduce stress in an individual to make him/her more aware of themselves and their environment.

Yoga has been given to people to heal themselves with any sort of physical or emotional problems. The only effort from people is to ensure that they inculcate and accept yoga as their habit. Yoga bestows a number of benefits and it should not be correlated with any religion except the religion of peace and harmony. Performing yoga on a regular basis can change the lives of people drastically in the most effective and positive way.

8 Types Of Physical Exercise: It’s Easy If You Do It Smart

Trikonasana: Know How To Do It And Learn About Its Health Benefits!

Tadasana: Know How To Do It And Learn About Its Health Benefits!

10 Easy Exercises You Can Do Anywhere

The Best Black Hair Dye In The Market

Fashionlady - September 15, 2021 0
We all know how much exercising is essential for maintaining a healthy body. It builds muscle strength, improve heart health, strengthen bones and shed...