It might be annoying to spot someone wearing the same outfit like yours, isn’t it? Though a bit rare, these mishaps happen even in the world of fashion with our favorite celebrities. But the commendable aspect is the confidence and grace with which each beauty carries themselves around, giving us major inspiration.

Be it footwear, handbags, shades or apparel, our Bollywood ladies competed well with one another. Let us sit back and browse through the fashion face-offs and cast our votes-

Both the ladies were spotted wearing a Zara one piece outfit while out and about. Kangana kept it a bit tomboyish with a pair of boots, and a scarf. And Twinkle rounded off her style feminine with sandals. Which style would you prefer? 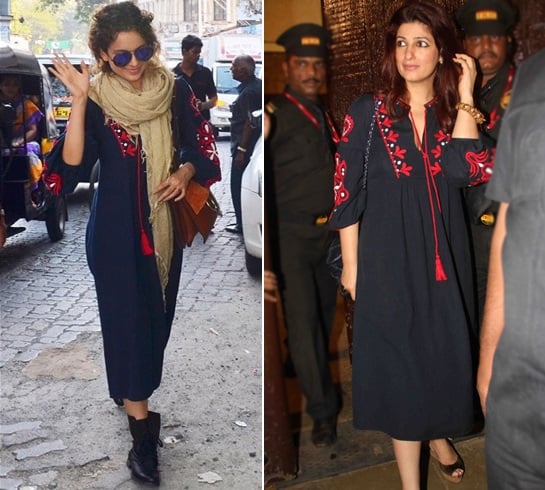 The moment we spotted Neha Dhupia at Dear Zindagi premiere, we recognized the Urvashi Kaur outfit to be similar to the one that Anushka Sharma sported recently. While Anushka kept it solid one -colored outfit, Neha added a streak of black with a handbag, heels, and smokey eyes. 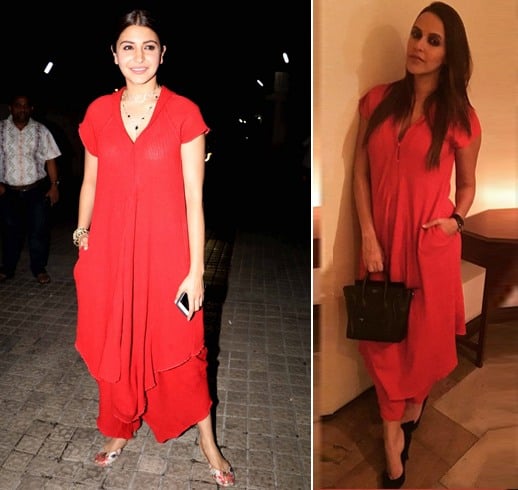 Competitive and uber-cool were both the divas, Prachi Desai and Sana Khan in the pin-striped Boohoo jumpsuit. While the former wore it for Rock On 2 trailer launch, the latter was seen sporting it for Wajah Tum Ho promotions. Who according to you rocked the look? Giving us contrasting inspirations were Neha Dhupia and Tisca Chopra in a Dolly J Studio outfit. Glammed up in a pink-hued outfit with black accessories, Neha rolled out a sensual look. Tisca, on the other hand, added gold-toned Jimmy Choo sandals and kept it elegant and classy.

We definitely love the black touch to the pink more! What about you? 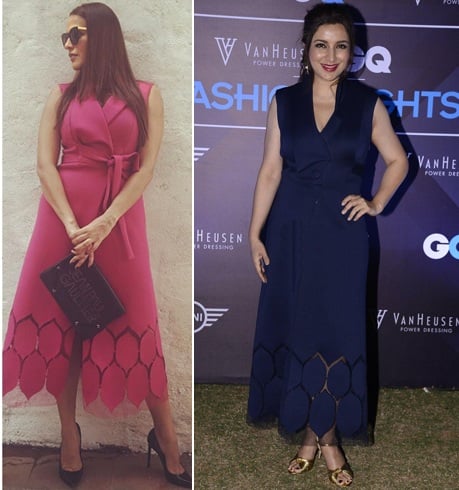 Simply stunning were both the ladies in a similar style of Amit Aggarwal apparel. Dia Mirza chose a gray shaded outfit and paired it elegantly with metallic Renu Oberoi Luxury Jewelry. Sania picked a crimson red shade of the outfit and added gold-toned jewelry from Anandita. Which one would be your take? Gray and metallic or red and gold? 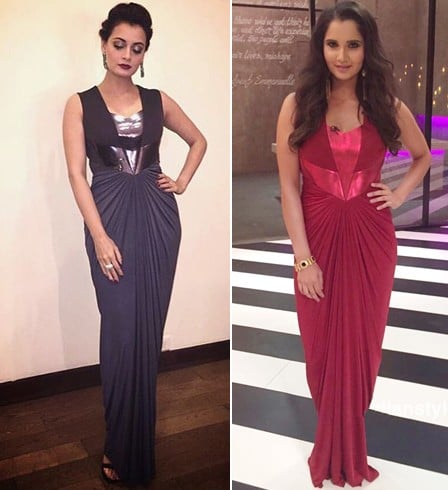 Taking a strong stand in the fashion terrain was the pleated skirts trend, don’t you agree? Acing this style in Madison couture were two beautiful celebrities namely Athiya Shetty and Huma Qureshi. Do you like the golden pleated skirt style of Huma or the classic black and white style of Athiya? The same fashion was experimented in H&M brand by Diana Penty and Neha Dhupia. Like the previous styles, Neha added black accessories and rounded her style. Diana also kept it very casual and chic with Louboutin heels. To which one do you cast your vote? 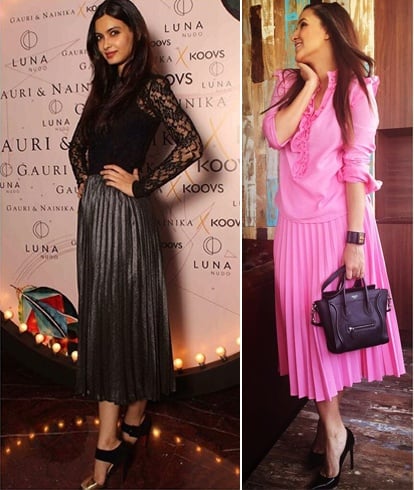 So far, we have seen fashion face-off circling around apparel, but the Bollywood divas widened the competitive zone including sneakers as well. Both Neha Dhupia and Karisma Kapoor were spotted recently wearing Gucci sneakers. While Neha played the Christmas colors on the sneakers with an additional heart, the latter, Karisma Kapoor kept it nautical.

Which one has won your heart? 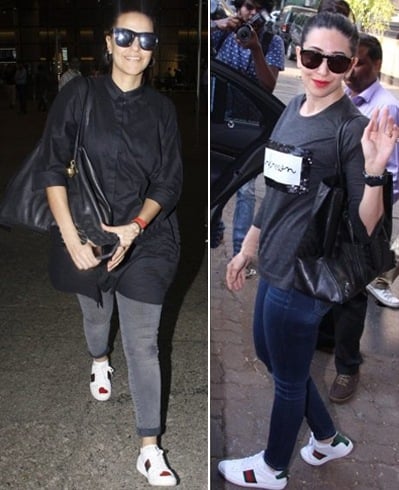 Like you have seen before, our Bollywood beauties expanded their face-off zone to include footwear too. Check it out here-

Here are a series of looks of Bollywood actresses who experimented with the thigh-high boots style. Which one of them carried it well? Our Bollywood favorites never fall behind in competing even with the international celebrities in fashion. Vaani Kapoor was spotted wearing Ashi Studio gown that even Miriam Yeung, the Hongkong actress was spotted sporting. We are a bit prejudiced and hence hands down Vaani looked stunning for us in this outfit. 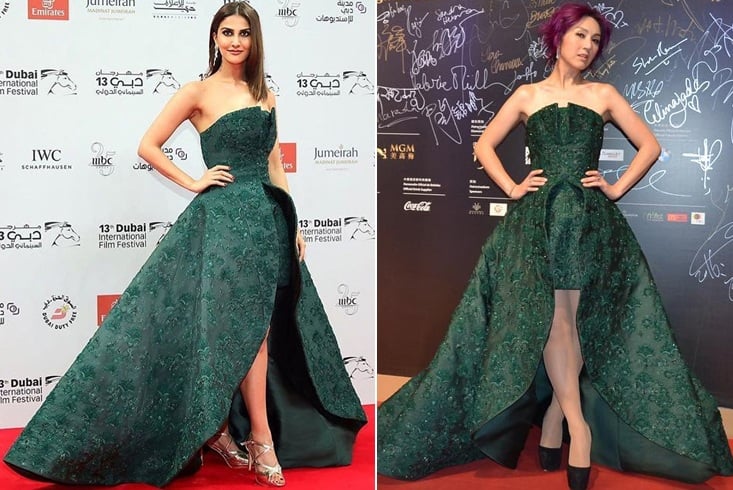 What are you waiting for? You know the drill. Cast your votes in the section below.

Grammy Awards Witnessed Some Of The Best Dressed Moments In Hollywood...

Tanzanite Jewellery: The Rare And Stunning Stone Of Magic

The B-Town Divas Choose A Fancy Style To Round Off The...