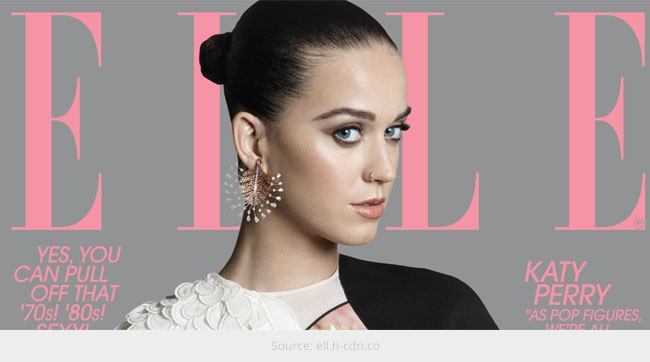 Do have a look at the March 2015 fashion magazine covers and pick your favorite issue!

After turning everybody’s head at the Oscars 2015 red carpet and being the sartorial pack, Margot Robbie lands on the cover page of Harper’s Bazaar UK.

The “Focus” actress poses pretty in a beautiful spring dress from Stella McCartney for the March issue of Harper’s Bazaar UK. In her interview, she has made some stunning revelation on how she managed to grab the role opposite Leonardo De Caprio in The Wolf of Wall Street movie. She has confessed slapping Leonardo during the audition of the film, and to her amazement Leonardo and Martin Scorsese got impressed and she ended up getting the part.

Apart from posing for the cover page of Harper’s Bazaar, Margot Robbie is also gracing the cover page of Marie Claire. Snapped by Beau Grealy, the ‘Focus’ actress poses in front of a vintage car while she gazes down the lens in a vintage fashion, giving us yet another fantastic March cover.

If you are done checking out Madonna’s epic fall at the Brit Awards a couple of days ago, where she tumbled a few stairs because of her cape; here’s something fresh you may like to check out.

The legendary entertainer poses for an extreme close-up for the cover page of Rolling Stone, flaunting hot red lips, cat eyes and a matching red manicure. I’m just waiting when Madonna will start to look like her actual age. Huh!

Kylie Jenner looks extremely sensual and beautiful as she graces the cover page of the 20th issue of Fault magazine flaunting braided hairstyle for one shot and a slicked-back coif in another.

She has paired her Alexander Wang top with a trimmed headpiece in lace for one of her shots and in another shot she flaunts a vest with ripped sleeves. And for the cover page, she flaunts a fishtail braided hairstyle.

Back in India, Bipasha Basu has raised the room temperature high as she lands on the cover page of Femina Magazine.

Meanwhile, Tabu and Alia Bhatt look smoking hot in black dresses as they pose with the handsome Shahid Kapoor for the cover page of Filmfare issue.

For me this is the best Indian fashion magazine cover of March 2015 issue. Kareena Kapoor looks regal and suave as she poses along-with her best friend Karan Johar for the photo shoot. The actress looks regal in the pink Alexander McQueen gown and Karan looks as fabulous as ever in a Dior suit.

To make her look appealing, she has paired her fringe style with Tommy Hilfiger jacket and Saint Laurent blouse, as Vogue channels the 70’s theme.

Hope you enjoyed this monthly edition and do let us know your favorite from the March 2015 fashion magazine covers.

All About The Drindl Skirt