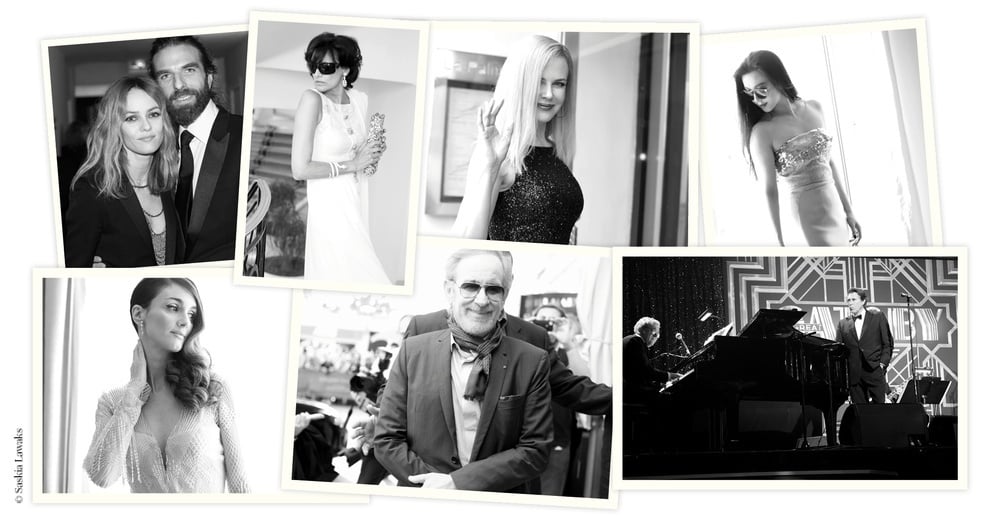 With the 66th Cannes film festival having been commenced, red carpet aura by Indian celebs are once again under the limelight. The Indian happening, which has ballyhooed as the strongest ever, has been making its presence felt since past some years — albeit the fashion quotient still leaves a room for love/hate reviews. 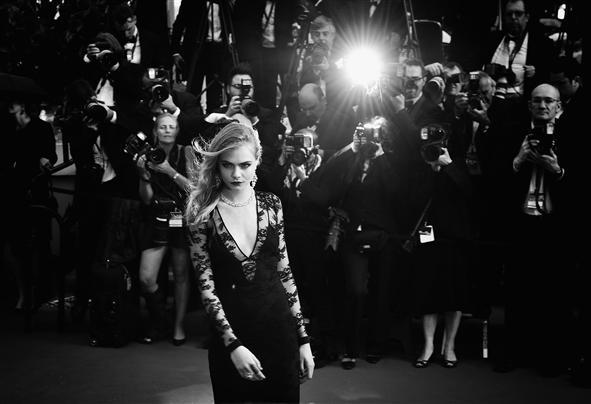 For starters, the global audience who was anxiously waiting to find out what Indian celebs  have to offer their slices of bandwagon, they got Vidya Balan, the jury member for starters. In her debut, she  showed up in a maroon lehenga by Sabyasachi Mukherjee followed by a white-gold saree and dark embellished blouse for jury photo call designer by the same designer.

Vidya came as a disappointment although she had full confidence on her favorite designer.

If any one had any doubt about Vidya Balan’s nationality, she erased it forever.

She came in a complete Desi number, as she was seen wearing a full-sleeve  monochrome, embroidered outfit, which she had accessorized with a heavy gold-diamond necklace and a bindi. She could have however managed to escape from the critics, had she not draped the veil over her head. On her next outing, it seemed she just desperately tried to overcome her fashion fads by taking cue from Sonam Kapoor, who had worn an Anamika Khanna vintage number with an outsized nose ring. This year not only India, but the entire world’s eye was upon the screening of Baz Luhrmann’s The Great Gatsby. Amid a heavily rain-battered Wednesday evening, the honor of opening of 66th Cannes Film Festival was done by  Amitabh Bachchan and Leonardo DiCaprio. Amitabh Bachchan’s sheer presence on the stage also marked the celebration of 100 years of Indian cinema. But when it comes to fashion, AB senior couldn’t score high on the red carpet. The blue-and-white striped jacket didn’t impress the audience at the photocall, but anyhow  his sequined tuxedo with a polka-dotted bow-tie for the screening in the evening came to his rescue. Indian fashion world was hugely betting on Sonam Kapoor, who has already been tagged as fashion diva back at home. Thankfully, Sonam just hit the bull’s eye and showed up stunning her fanfare in a glamorous yet vintage avatar.

Sonam Kapoor, who is now attending her third Cannes tour, had already hinted at showing up something in a traditional outfit. We had expected she would show up something in  Indianness, but she just added a twist with a baroque-effect jacket over her 9-yard vintage white saree. Sonam, who is popular for donning creations from international fashion houses, had worn a name rather Indian – Anamika Khanna.
Sonam accessorized her glamorous ensemble with the simplest of baubles – an outsized Kundan nose ring with a touch of a classic face of winged eyeliner and deep red lips. L’Oreal press release referred her as “A younger version of Rekha.“ Sonam, a L’Oreal ambassador, is playing Rekha’s role in the upcoming remake of hit comedy Khoobsurat. 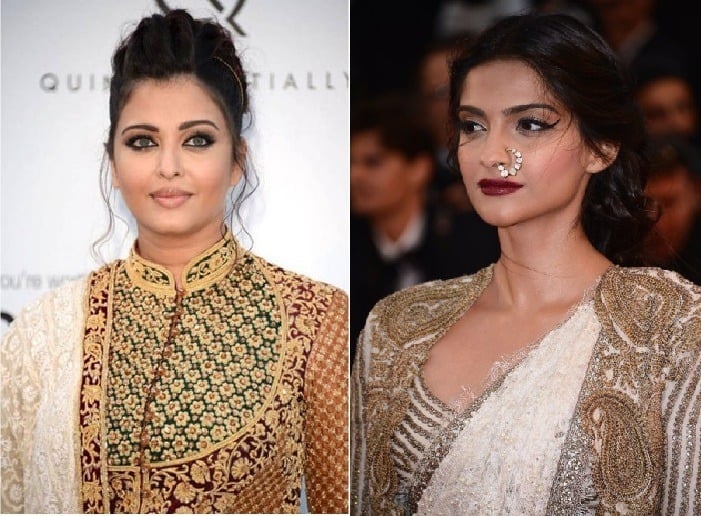 Her red carpet appearance brings to mind of Mrs Bachchan’s appearance last year, who had also paired her Cannes sari with a jacket last year. While last year Ash was trying to conceal her post-pregnancy pounds, this year Sonam’s fashion quotient far outclasses Aishwarya’s rather frumpy look for sure.

By now she has been seen in 3 different numbers, which have received rave reviews from the fashion world. On day 2, Sonam attended the Chopard Party in an exquisite lehenga by designer Shehla Khan. She was draped in a  a black tulle skirt with lace embroidery and a beaded off shoulder blouse. She accessorized her look with a diamond Chopard necklace and Ferragamo clutch. After sizzling in Indian numbers, she attended the premiere of ‘Jeune et Jolie’ on day 2 in a custom Dolce&Gabbana gown. She created a floral drama in this voluminous white floral gown.

Her toned shoulder blades were underlined thanks to the off-shoulder gown, which she paired with matching lilac footwear and with an elegant necklace from her jewelry designer mother Sunita Kapoor’s collection. 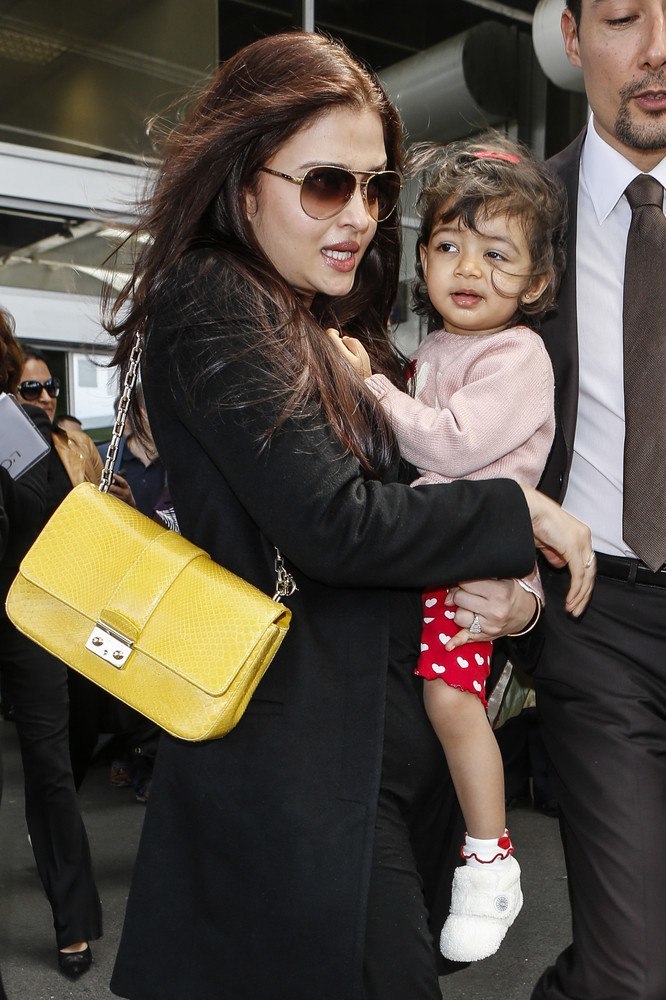 When we’re talking about Indian celebs in Cannes, how can we just ignore our Ash – who has always been the epitome of Indian cinema among global audience. As per the sources she has arrived on May 17 at Cannes with her daughter Aaradhya Bachchan to join her papa-in-law.

How To Wear An Infinity Scarf in Infinite Ways