We at FashionLady, follow only one religion, and that’s Fashion. Stalking fashion is one of the most sacred practices for us and we do it quite diligently.

We are all hearts for our fashionistas who keep inspiring us with their style files. However at times even they fail. That surely becomes our moment of heartbreak, but we cannot blame them, after all , to err is human.

This year too, while we are blown by most of the appearances of our tinsel town fashion queens, we have to admit, a few of them did disappoint us.

Here’s a quick look at all that dress up that seem to have backfired for our divas.

After stunning us with her beautiful appearances on the day one and day two, of the Cannes Film Festival 2016, Aishwarya Rai Bachchan gave us a dismal performance on day three, in a Rami Kadi off shoulder gown. The gown made the lady look a tad heavier and that trail did nothing to lift the outfit. The topping of that purple lip color added the final touches that took the whole look down. We have to admit, we were not in favour of this experiment by Ash. 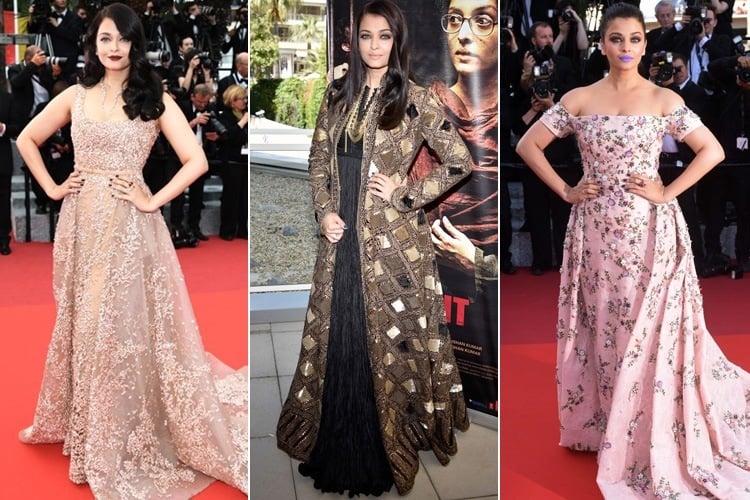 At the IIFA this year,Sonakshi put up a performance which failed to impress the fashion police.

In the Zara Umrigar high slit gown, though the lady attempted to drive a seventies disco vibe, the gown was simply a spoiler doing complete injustice to Sonakshi’s curves and her broad framework. No accessories and no make up, further dulled her sparkle. 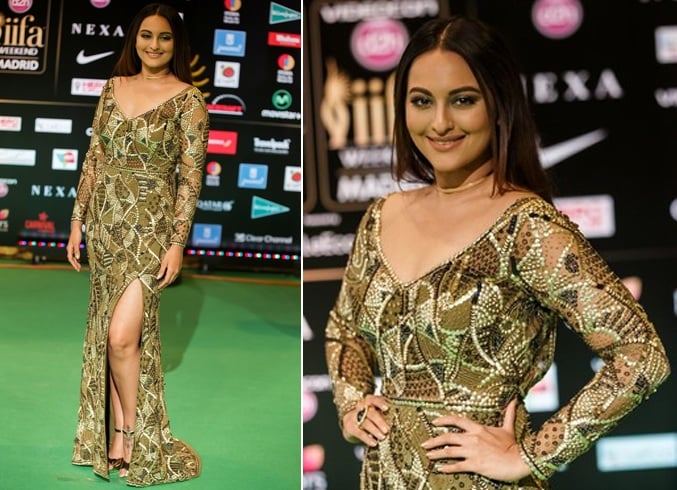 Kangana Ranaut is known to push the boundaries, courtesy her daring personal style. The lady undoubtedly can pull off most of the unconventional looks with much ease and panache. However at the Midday Jagran 100 Millions Party, Kangana gave us an unpleasant surprise donning a suited look from the runway of Gucci’s spring collection 2016. The prints and patterns along with that pineapple tie was more for a fancy dress party attendee, than for a fashionista like Kangana. At a L’oreal event this year, Sonam turned her fans down donning dramatic ruffles from the house of Abu Jani and Sandeep Khosla. Otherwise slaying us with her on point fashion, we wonder why the lady was drawn to a piece which would have fared way better on ads than in real life. The voluminous ruffles on a short dress was a big no-no. We probably are more disappointed considering her coveted fashionista title 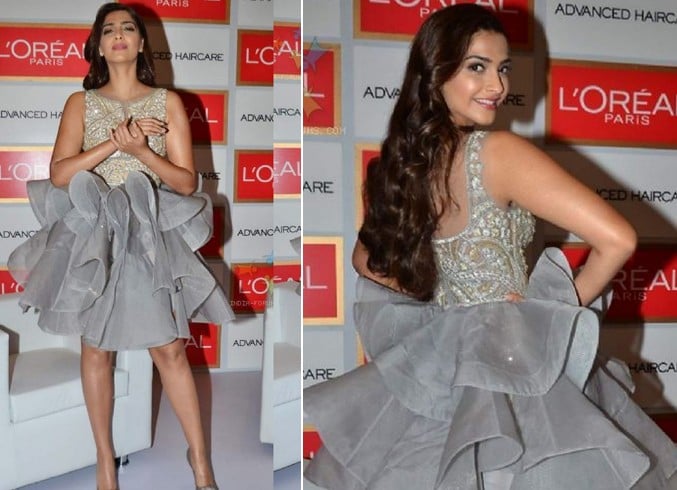 The pretty face got on to our list of worst dressed this year, not for one but two of her appearances. 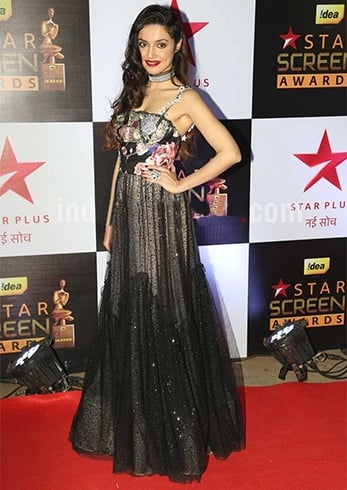 This year was definitely not Gauhar’s in terms of fashion. The otherwise well-dressed TV personality, shunned our belief in her by giving us two unpromising looks.

For her red carpet appearance at the Star Screen Awards 2016, Gauhar opted to go for a black floor length number from Italian designer label, Avaro Figlio. Though the shirt style gown was off beat, the silhouette failed to compliment the lady’s flattering figurine and bold persona. The sleeves were a total turn off and the hairdo also did not go well with the outfit. Better luck next time, Gauhar! 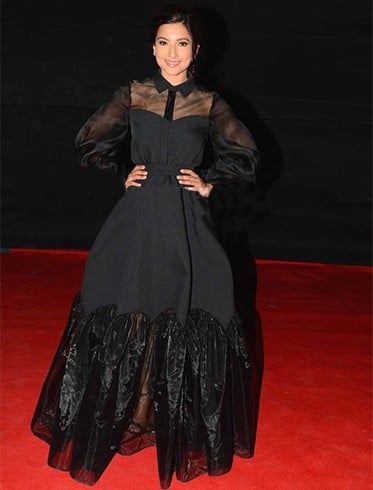 Gauhar made it to the Kapil Sharma show, this year, along with stud boy Rajeev Khandelwal. For her appearance on one of the most trending shows of today, Gauhar opted to go for a monochrome suited look. Draped in bizarre patterns, along with that peplum, Gauhar’s standout attitude was all lost. Sorry Gauhar, but this appearance too did not make it through. Namrata’s look for the IIFA Utsavam 2016, was a complete set back. The draped number from ace couturier Shantanu and Nikhil. The solid brown outfit looked unflattering. With no makeup and accessories supporting the look, this one failed to make the cut. We were not too convinced with Huma’s choice at the SIIMA this year. The extremely voluminous gown from Amit Agarwal only exaggerated her voluptuous figure and the red shade of the gown almost was in sync with the color of the red carpet. A more edgy and sharper dress up would have taken the lady way higher on our ranking radar. Ileana’s red carpet appearance at the Lux Golden Rose Awards was a total spoiler, considering the lady’s distinct statement style. Draped in a plethora of colors and an illusion of that modest neckline, the printed gown from Aiisha Ramadan interfered with the exceptional track record of the diva. In the hopes that these divas will learn from their mistakes and bounce back with some rocking appearances in the coming year. Can’t wait to see them making it to our top dressed list, the next year.

How To Wear Short Skirts And Style Up For The Day

9 Head Turning Hairstyles From Coachella 2017 To Try This Summers

Patriotism And Bollywood Go Hand In Hand This Independence Day

Fashionlady - March 19, 2015 0
Blake Lively isn’t just Serena Van Der Woodsen from ‘Gossip Girl’ and she has proved this time and again. With her continuous hard work...