As promised, Fashionlady is back with an exclusive coverage on IIFA 2014 Green Carpet, which was held at Tampa Bay, Florida, loaded with high drama and fashion carousal.

With every year as Bollywood spreads its wings for international exposure; the stars are no left behind as they are now completely in the shoes of Hollywood celebs who grace the Oscars red carpet in high end designer outfits. This year the IIFA’s green carpet was nonetheless adorned with international labels from Giorgio Armani and Oscar De La Ranta to Marchessa, Zuhair Murad and Monique Lhuillier. 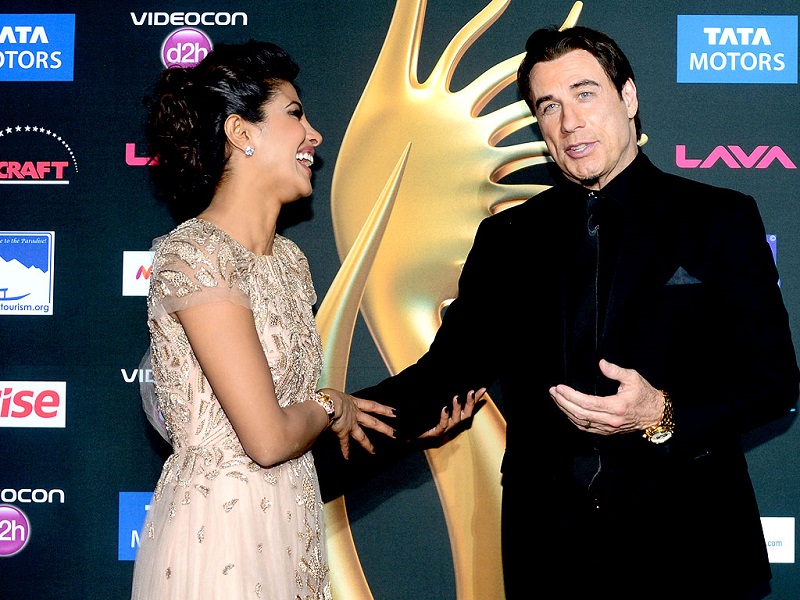 It’s a known fact how Bollywood keeps dawdling when it comes to punctuality and not to mention our stars are an expert at this. However, these glam-clad latecomers are always forgiven by the awaiting audience & media because of their wit and charm. Well, after all Bollywood is a religion in India with sweeping devotees across the nation.

As promised by Bollywood heart throb Hritik Roshan at the press conference pre IIFA that it’s going to be the best of all the 15 IIFAs so far held; his words seemed to be true to some extent. With the presence of Hollywood’s super stars like John Travolta and Kevin Spacey, Hritik’s stellar performance in US after a decade and how could we forget the Green Carpet event that was a treat for the eyes with some world’s leading labels who have been gracing the red carpets of Oscars and Golden Globes till date. 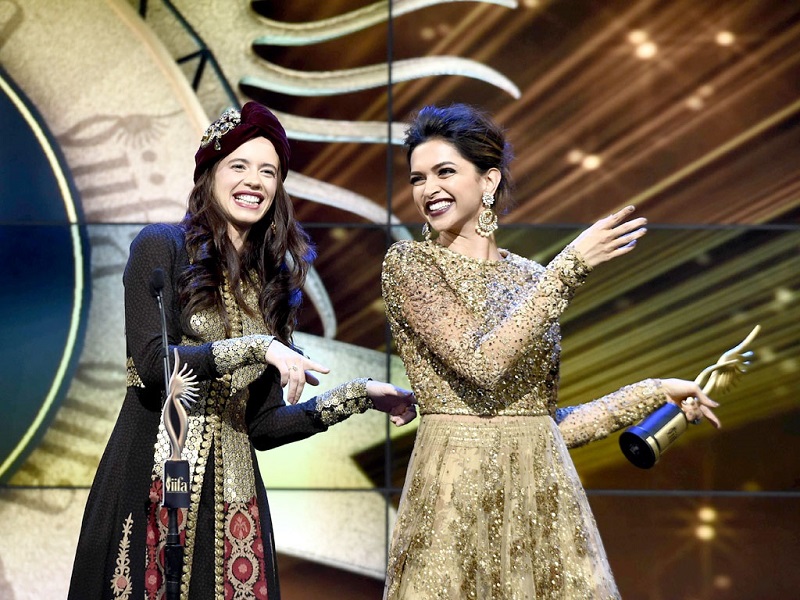 For the moment, let’s only focus on the Green Carpet, which was punctuated with colorful moments and high drama. For instance, Kalki Koechlin was a tear-jerker, as she arrived in a melodramatic Sabyasachi creation.

Before we have a sneak peek into Best Dressed at the IIFA 2014 Green Carpet, let’s have a look at the star’s quotations from the event –

“Consider your body as your temple. Leave one hour for your body and mind. My biggest fear is that I will fall down and the TV channels would play that clip over and over again.”

“I lived in the US for two months filming English Vinglish. So this place has a special connect for me.” “I always believe that you should wear what makes you feel good and comfortable,” said Kapoor, dressed in a Nikhil Thampi black and white jump-suit.

“I feel great that I have been nominated for the Best Supporting Actress. I am nervous and thrilled. May the best person win.”

“Let’s stick to IIFAs this time,” said Kapoor when asked whether he skipped voting in India. Deepika Padukone had been a lucky star last year giving four back- to- back mega hits including Race 2, Yeh Jawaani Hai Deewani, Chennai Express and Ram Leela. The actress was under the spotlight as she arrived in a stunning gold Sabyasachi creation paired with dark lips and Amrapali earrings. 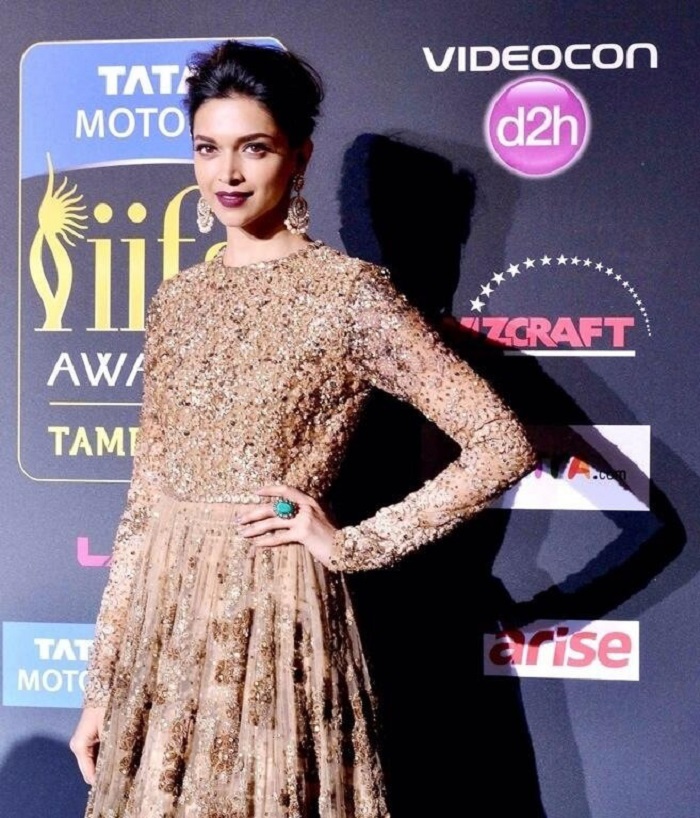 The actress also slipped into a gorgeous gown by Zuhair Murad. The lace work done all over the gown made it exquisite and the tulle made it look all the more dramatic. Priyanka Chopra, who has been on roller coaster ride these past two years for her music albums and being the Guess girl, was the highlight of the IIFA weekend show this time. She was one of the first few actors, who arrived to manage various events with Anil Kapoor held in this 3-day show. She looked sassy in a strapless Prabal Gurung dress with matching blue stilettos at IIFA Rocks. And her Monique Lhuillier gown stood out at the awards do. 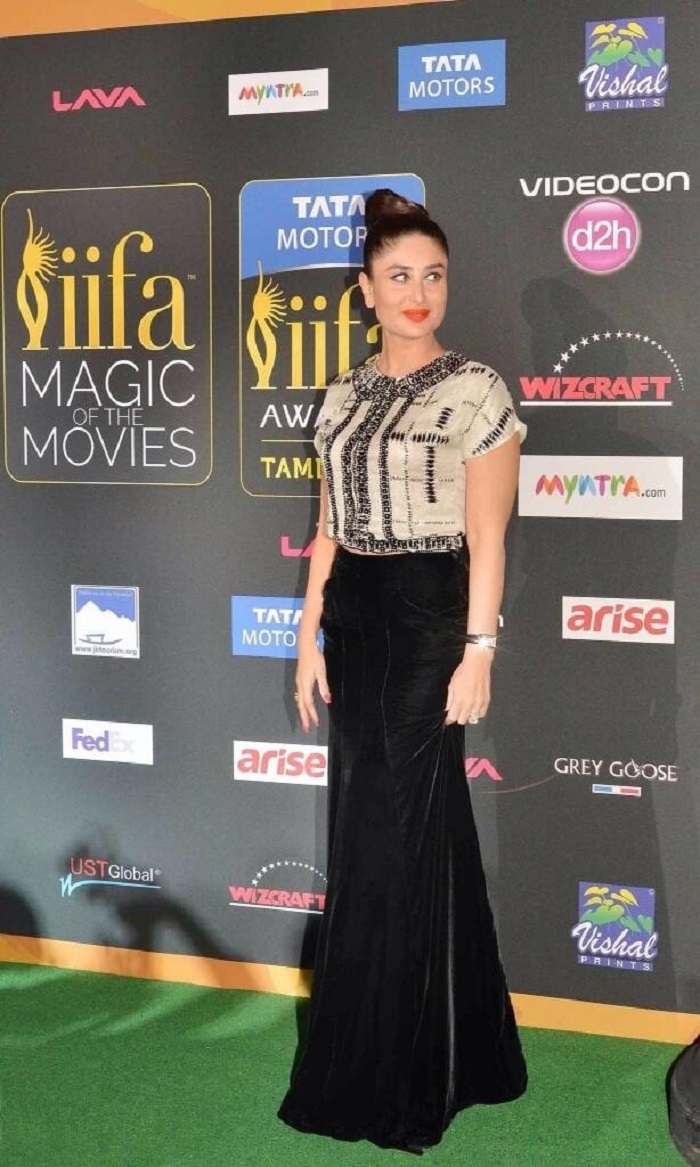 Kareena Kapoor Khan arrived at the green carpet in a gorgeous black Giorgio Armani skirt, which she had paired with a beaded white top by the same brand. A top knot and bright coral lip-colour finished off her look. 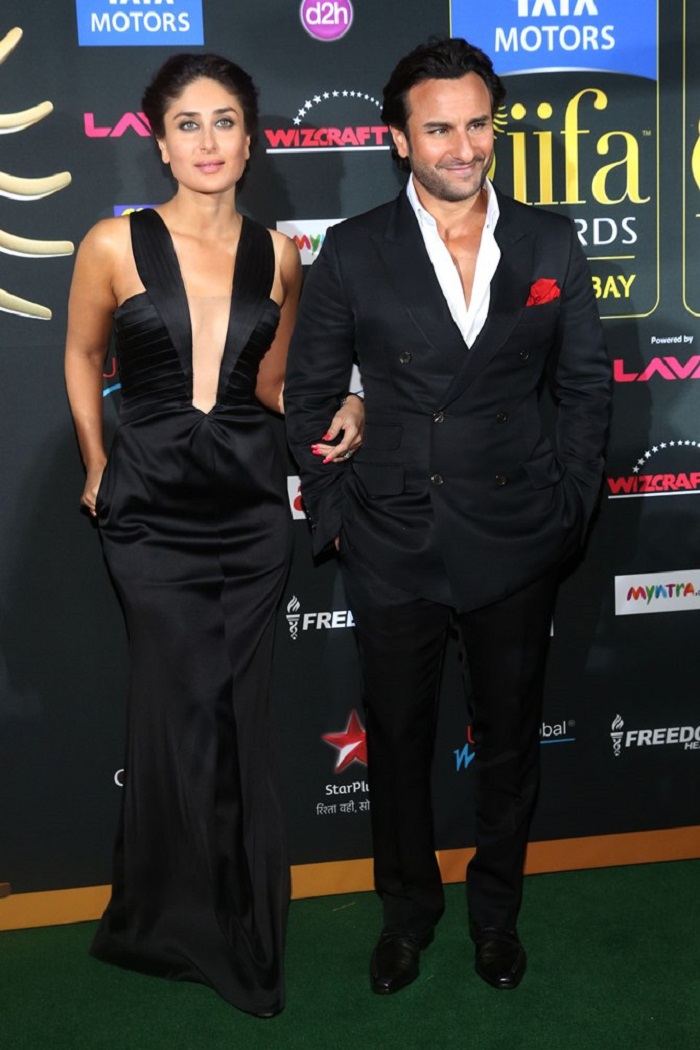 For the awards, she donned a daring yet fabulous look in this black Giorgio Armani gown. The plunging neckline made it risque, but Kareena pulled off the look comfortably. 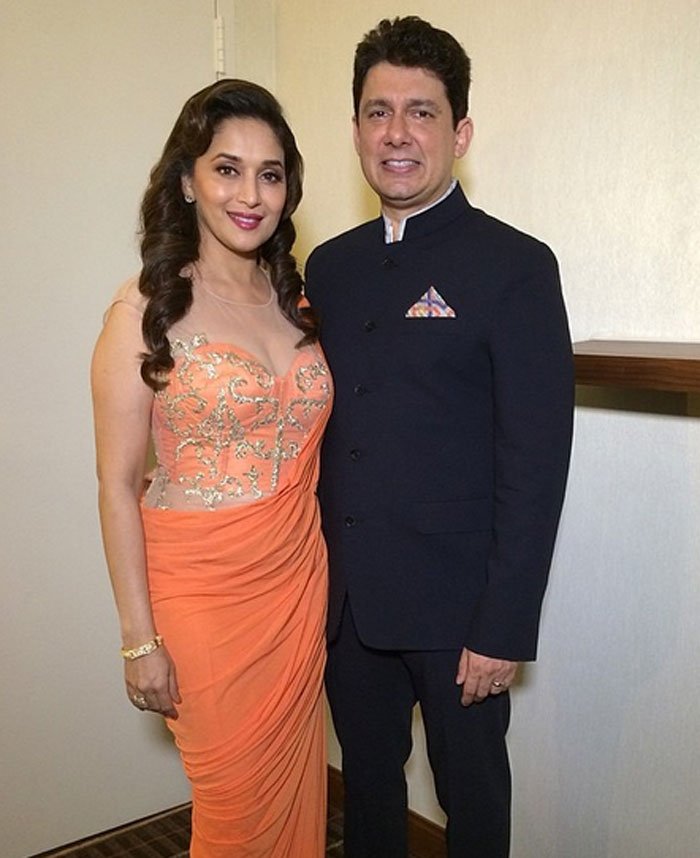 Madhuri Dixit looked ravishing in a peach colored sheer outfit as she posed along with husband Dr. Sriram Nene for the shutterbugs. 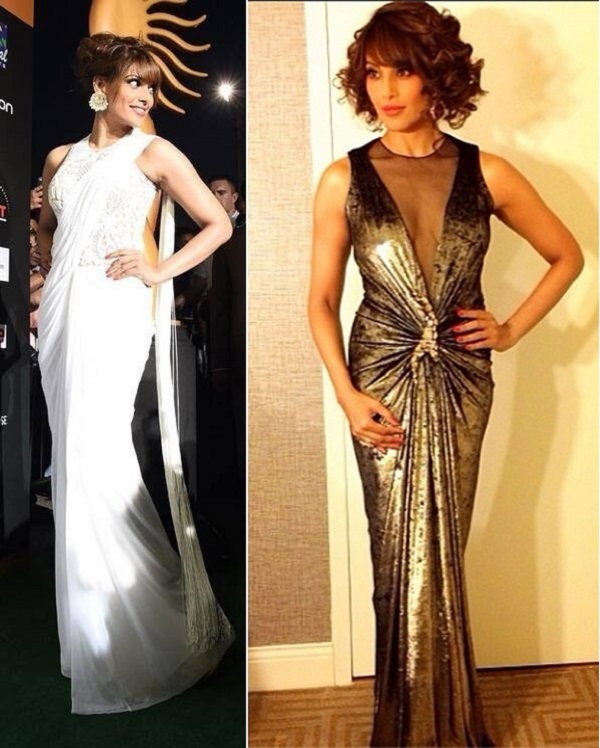 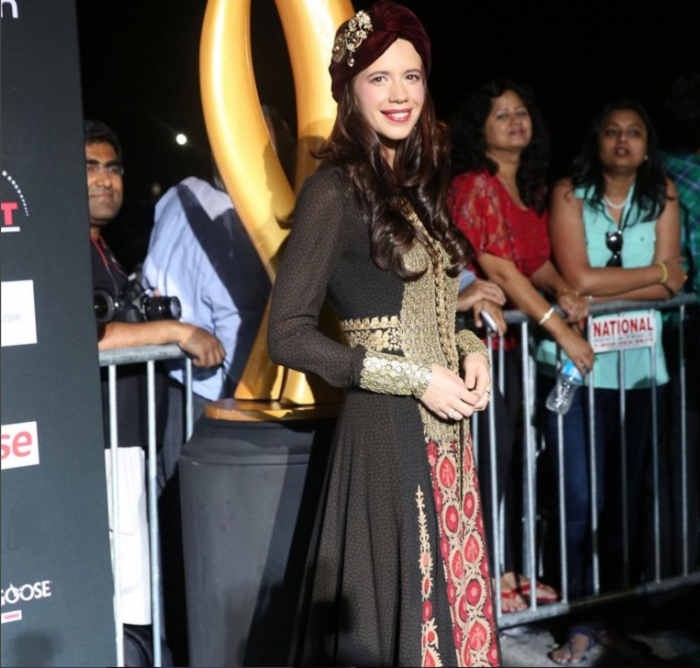 Actress Kalki Koechlin appeared in an overrated getup as she made her way to the Magic of the Movies event. The actress opted for a Sabyasachi creation, but still wondering what made the actress opt for that turban to complete her look. 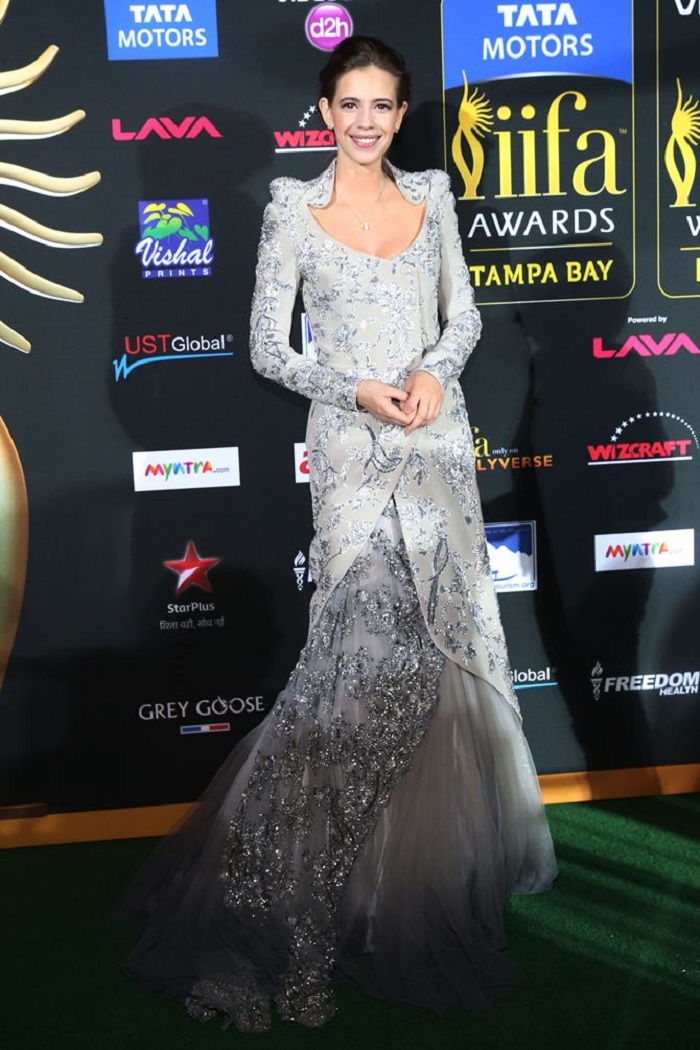 However, she towered in her Gaurav Gupta outfit. 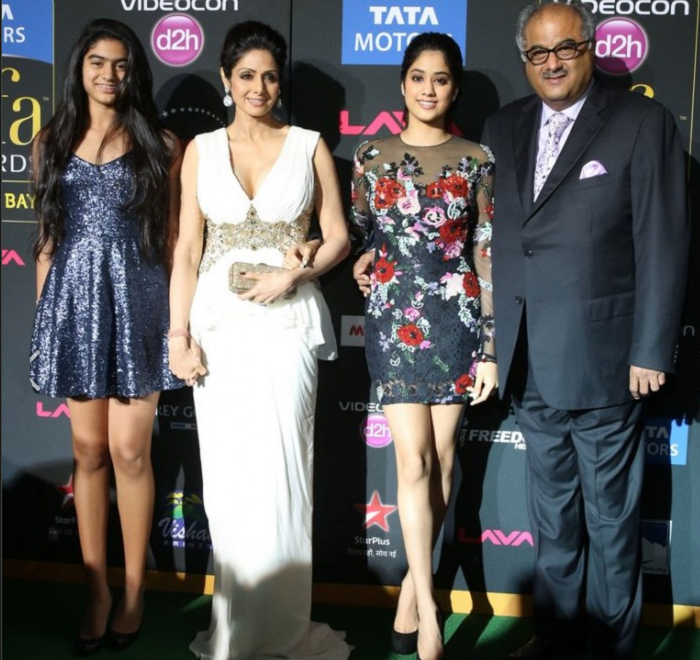 Actress Sridevi was stunning in a white Marchesa gown with a metallic clutch. The Bollywood dame looked elegant to the core. Parineeti Chopra chose a Rahul Mishra dress with sheer paneled skirt for the event. However her outfit this time failed to impress the fashion police. 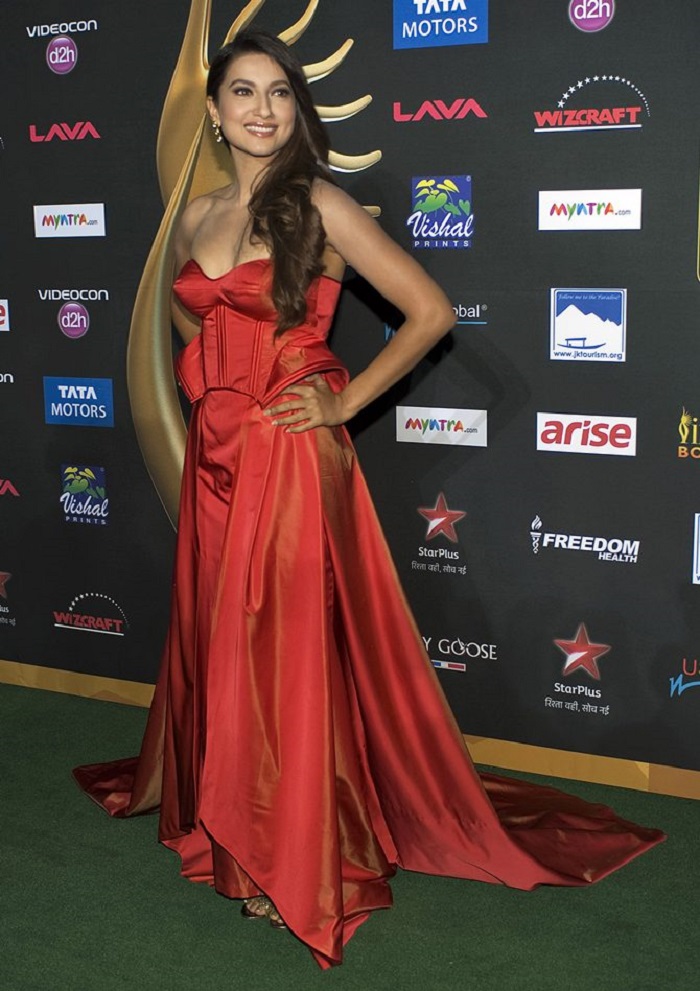 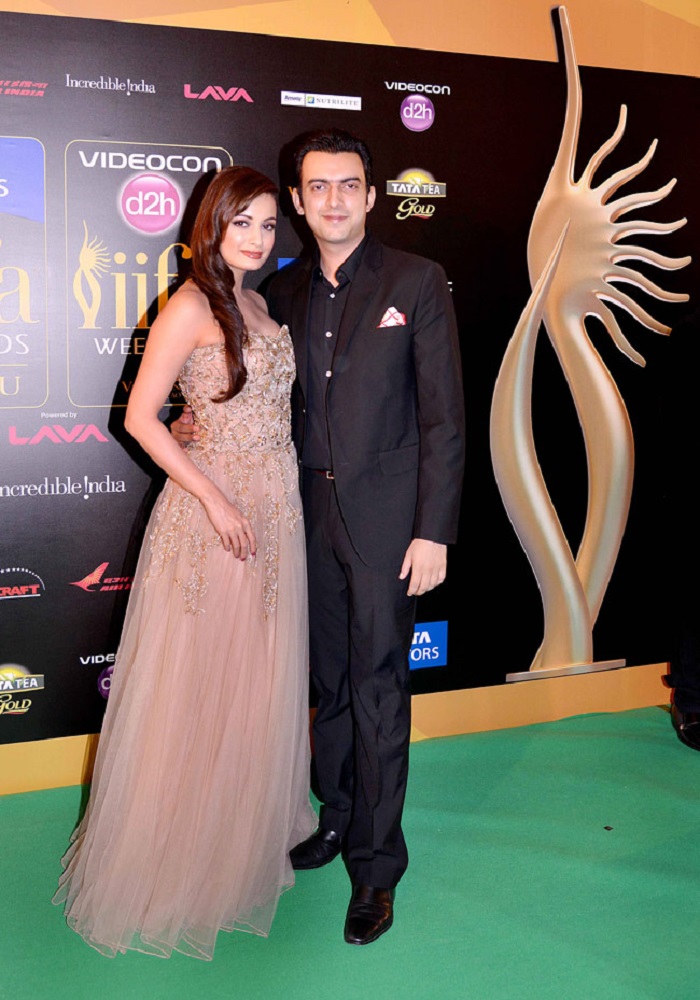 Dia Mirza picked a sequined full-sleeved gown by Sabyasachi and an orange sleeveless pleated gown. No doubt, she looked stunning as usual. 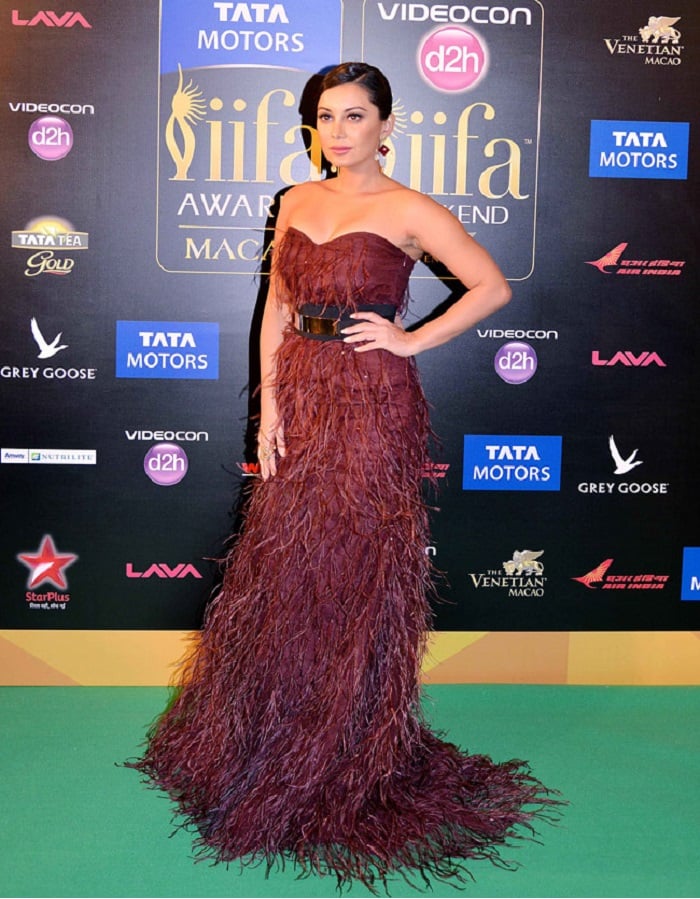 This time Minissha Lamba played safe even though she went for an Ayesha Depala dress again but this time with much better results. Aditi Rao Hydari shows off her edgy side in her monochromatic Gauri and Nainika gown. 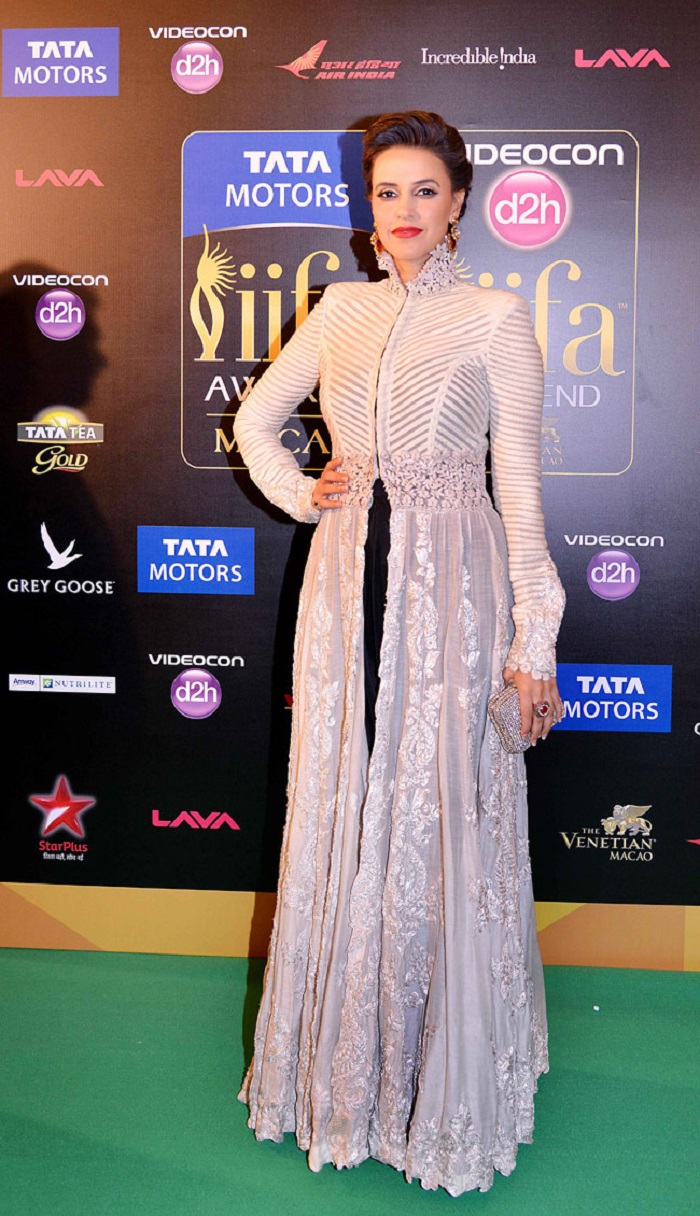 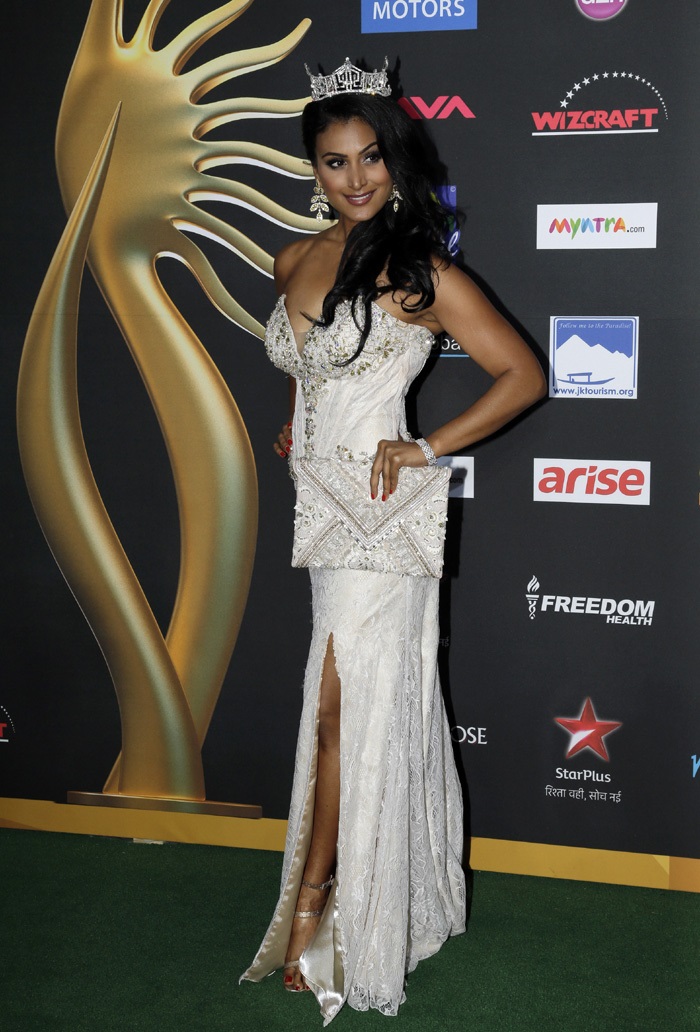 Miss America Nina Davuluri was spotted in a white thigh-high slit gown with an off shoulder corset. Nina Davuluri accessorised her look with the crown and an envelope clutch 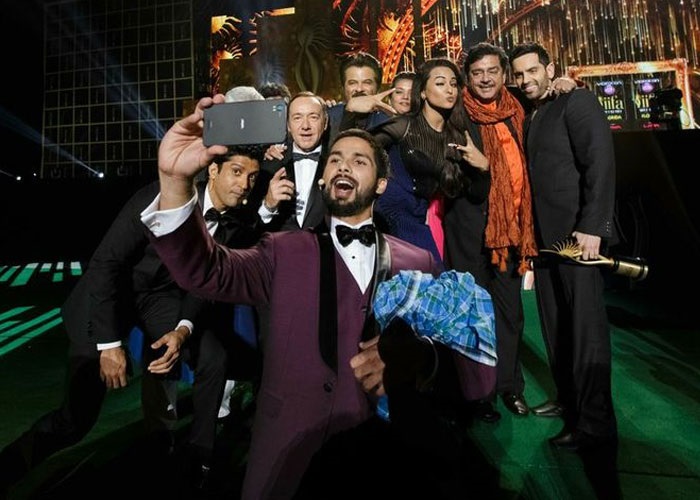 If Ellen DeGeneres can, Shahid Kapoor can. At the IIFA awards, host Shahid conscripted a bunch of Bollywood stars, just like Ellen had managed to grab some stars to pose for a group selfie in the style of the one from the Oscars that broke Twitter.

Even Shahid managed to bring Hollywood star Kevin Spacey under the lens who also featured in Ellen’s celeb-selfie. Also in the picture were Sonakshi Sinha, her dad Shatrughan, Shahid’s co-host Farhan Akhtar and actor Anil Kapoor.

10 Ways To Make Small Changes In Diet To lose Weight

International Magazines April 2018 Is on The Newsstand