Bollywood sizzled the IPL opening ceremony 2014 for the seventh time in a row. So was this the best IPL event ever? Arguably yes. When showman like SRK take on the stage, it’s pretty obvious to see an outbreak of fun and entertainment on stage.

This IPL season, while SRK had lightened up the situation at 2014 opening ceremony, Bollywood divas including Deepika Padukone, Priyanka Chopra and Katrina Kaif took the stage by fire through their sizzling performances.

And when the Badshah of Bollywood took the center stage at IPL 7 gala dinner, he made everyone dance to his tunes. And when Deepika joined him, there were fireworks all over. Both the stars, who had been practicing hard, burning their midnight oil till 3 a.m. in the morning, made it one of the most memorable events so far by IPL. This time the opening ceremony was organized at Emirates Palace in Abu Dhabi on 15th April, which was attended by invitation-only VIPs including top international cricketers, BCCI board members, dignitaries, Bollywood stars along-with the 8 IPL team players.

As the seventh season of IPL was flagged off with SRK and Dippy coming together, everybody was pretty curious to see the Lungi dance performance by the two stars and they absolutely rocked. Apart from Dippy’s mesmerizing act which was worth a watch, Priyanka Chopra and Katrina Kaif also stole the show through their splendid performances.

One of the major highlights of the event was when SRK took a gig on Dhoni and made some of the cricket players wear lungi and dance to the Yo Yo Honey Singh song from his movie Chennai Express. Even Deepika joined them and it was total fun watching them dance to the tunes of SRK. 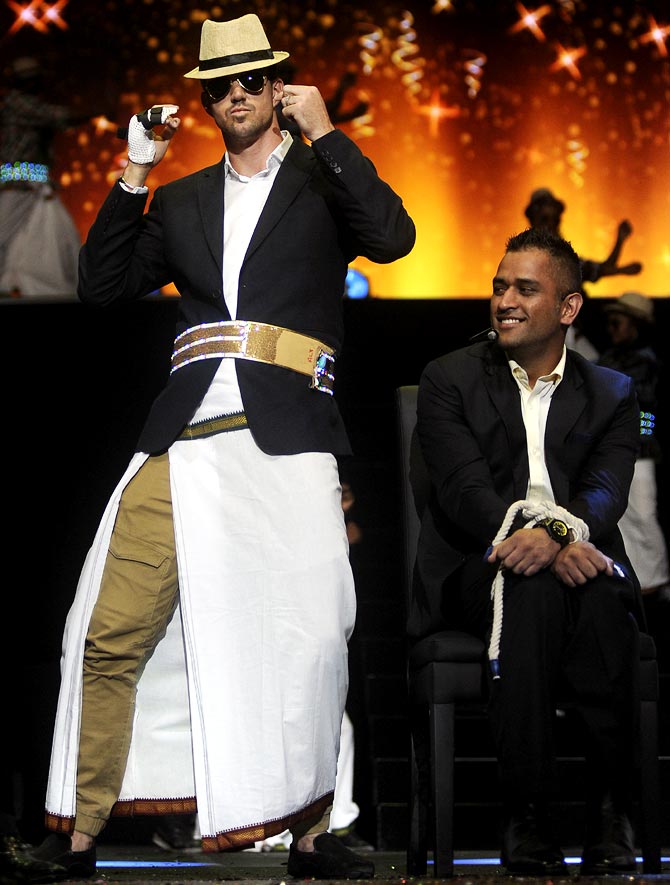 Apart from all the hot performances, the best part of the gala was when SRK made Virat Kohli his target. Shahrukh Khan is surely the man of the moment and we are all aware how he cruelly pulls off legs of his target. If you remember how SRK had embarrassed Ranveer Kapoor on Dippy’s tattoo at Filmfare Awards, in the same way this time his eyes were all set on Virat Kohli.

Even when the press couldn’t make Virat confess his love for Anuskha Sharma and even though Karan Johar couldn’t make the actress spill beans on her boyfriend, Badshah managed the impossible. Not only did King Khan get Virat to wear a huge portrait of Anushka on his neck, but the actor also conducted a swayamvar for this sought after cricketing hero. 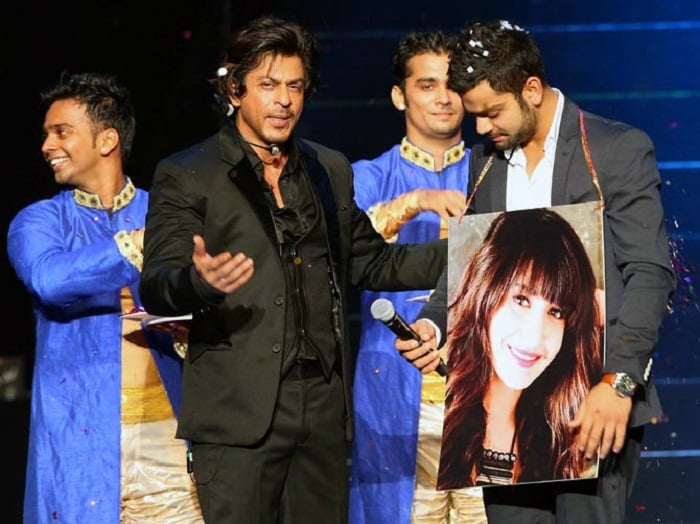 Recently both Virat and Anushka have been caught taking time off from their busy schedule to be with each other. While their entries and exits from Mumbai are perfectly timed and captured by the paparazzi; the duo also ensures to fly down and visit each other in different places.

For instance, Anushka was spotted walking hand-in-hand with Mr. Kohli in Auckland and Virat had also taken the flight to Sri Lanka immediately after the T20 World cup to join his lady love on the sets of Bombay Velvet. And if that was not enough then buzz is Virat flew all the way to NH 10 sets in Jodhpur before taking off for the IPL 7 season series in Abu Dhabi. Get The Facts Right To Cure Dry Skin Conditions Fast

5 Pakistani Ethnic Trends We Have To Try Today to Oomph...

Here’s an Ode to Jaya Bachchan – The Queen of Our...

Fashionlady - October 3, 2017 0
The caravan moved from London to Milan and the streets of the Italian city bloomed with colors, not minding the fall. It’s been quite...