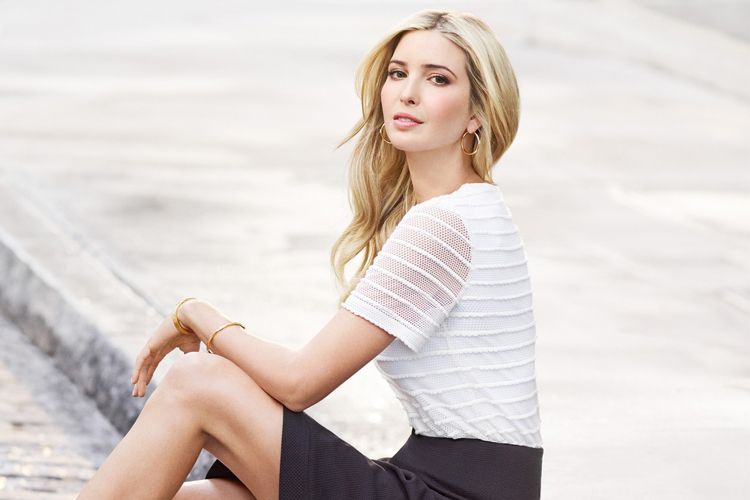 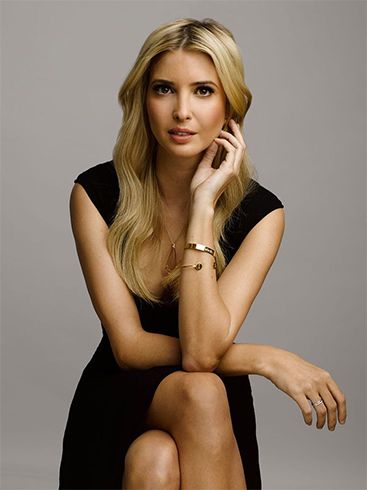 Ivanka Trump is fluent in two languages – English and French. She also has an elementary knowledge of her mother’s native language – Czech. 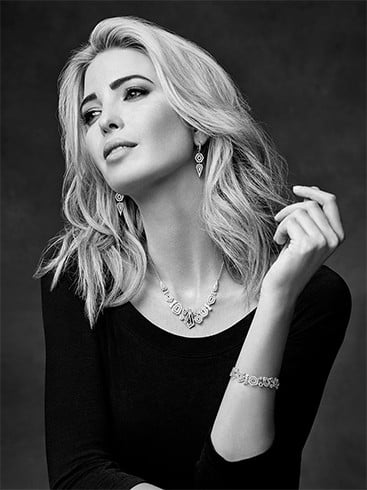 Ivanka Marie Trump has had an ‘exclusive’ upbringing. Born with a silver spoon in her mouth! Get ready to read a story of “mixing business with pleasure”.

In the year of 2007, Ivanka had met her future-husband Jared for a business lunch. The purpose was to discuss a business opportunity between the real estate organisations that they belonged to.

Few minutes, and it was all over.

No, it had not ended but their relationship started at a different level: HEART-TO-HEART.

Both Ivanka and Jared fell for each other and soon started dating. It was not a one-night stand. Ivanka described her first date as “the best deal we ever made!” There were few roadblocks they had to get out of their path. What were they? Jared’s parents were Orthodox Jews, whereas Ivanka’s were non-Jewish. Ivanka Trump decided to go for a religion-change. She converted to Judaism and the lovebirds wed each other in 2009. 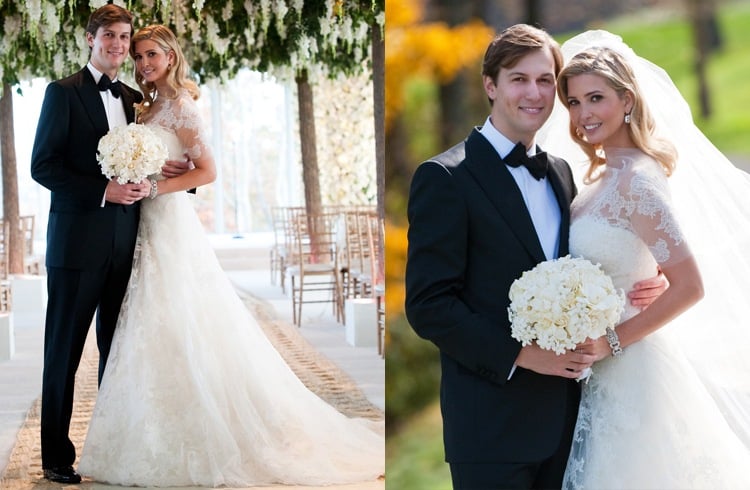 The happy couple has 3 doting kids today. Plus, successful businesses to run (when they reach home, they sit next to one another and work side-by-side on their laptops). Yet, they manage to make time for one another. True companionship! 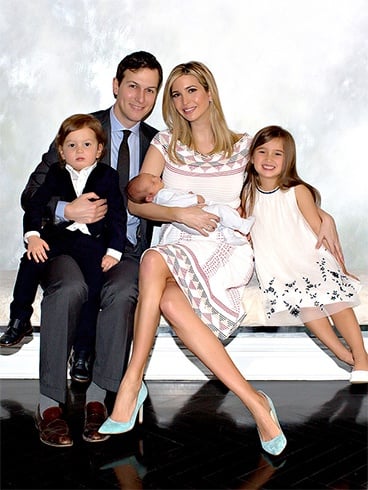 Any BFs of Ivanka? 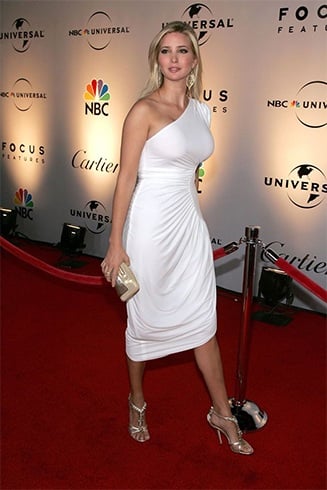 You may be surprised to know that Ivanka cooks for her family every weekend. 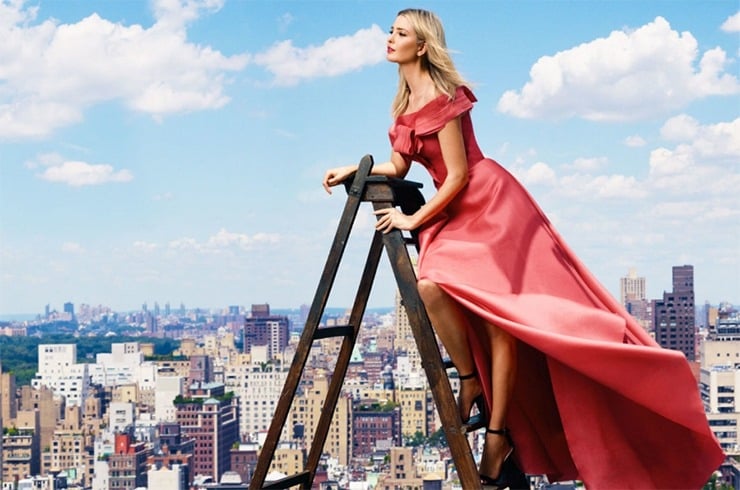 Brand Endorsements: Ivanka Trump has her own shoes, accessories and clothes line. In 2007, she launched her jewelry line – the Ivanka Trump Collection in New York City.

Remuneration: Between $US1 million and $US5 million

In July 2017, Ivanka chose not to take an annual salary under the Trump administration. 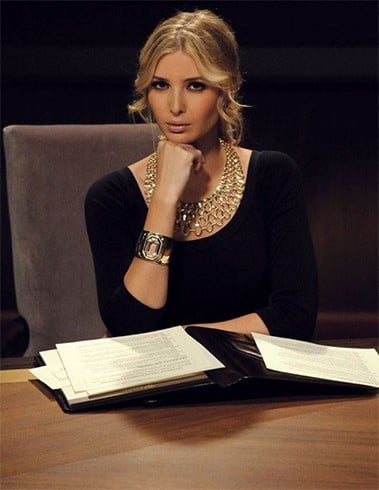 It is not easy to lose weight after pregnancy. Let’s find out how she did.

Cardio: Cycling is not just one part of Ivanka’s cardiovascular exercise, but is the foundation of her workout routine.

Yoga: Ivanka has a personal trainer, Rhonda Malkin, who introduced her to a “fusion workout”. What’s that? A combo of yoga, pilates, dance, and meditation which exercises the body and mind. 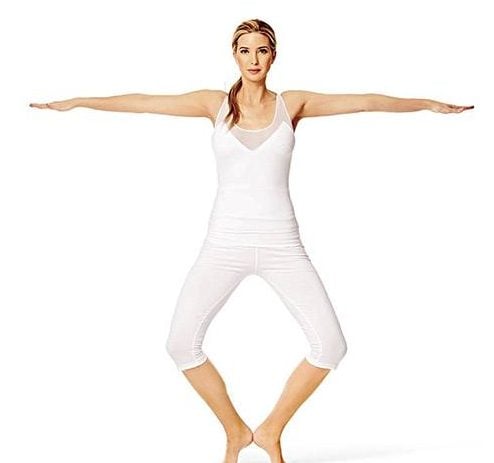 Who is Maria Marlowe? Health coach of Ivanka Trump who taught her how to make smarter diet choices. Here are some top tips of Marlowe.

Set specific goals (in terms of weight loss) and plan ahead

Eat more vegetables (make them 50 per cent for every meal)

Stock nutritious foods in your refrigerator

Identify a healthy snack. Eat fresh fruits like bananas and oranges, pistachios (nuts which has one of the lowest calorie), or veggies and hummus

Complex Carbs: Ivanka Marie admits that before having kids, she ate like a teenager – hamburgers, pizzas, pasta. Now she avoids all processed foods and takes low-carb diet comprising of oats and whole grains. 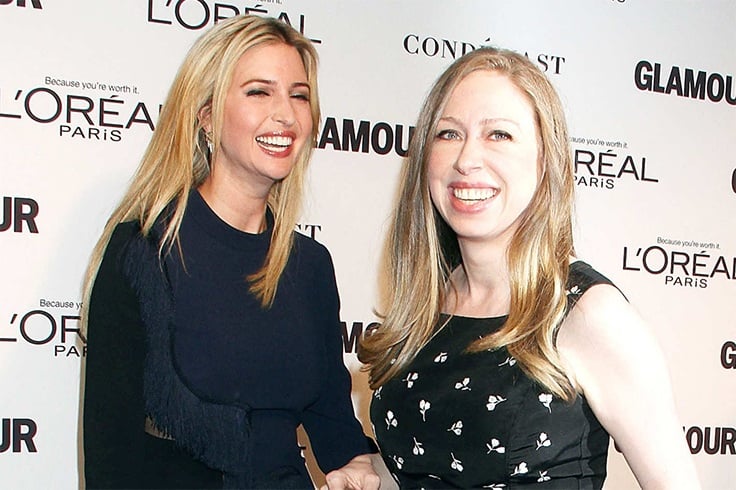 Whoa! I only wish I could get an opportunity to meet the First Daughter Ivanka Trump. And dine with her, her family and her father Donald Trump! Until then, hope to see your comments, likes and views below.

What to Wear When Travelling Abroad

Tips To Choose What Bra To Wear With Backless Dress