The athlete turned actress has been dominating the fashion scene since making her movie debut in 2016. And off the pages of glossy magazines, Ritika has been slaying it on red carpet events and city streets with her stunning styles. She’s a mix professional, collaborating feminine wear and distinctive patterns for a unique look. We’ve gathered Ritika Singh’s fashion profile over the recent past. Read on, and take cues. 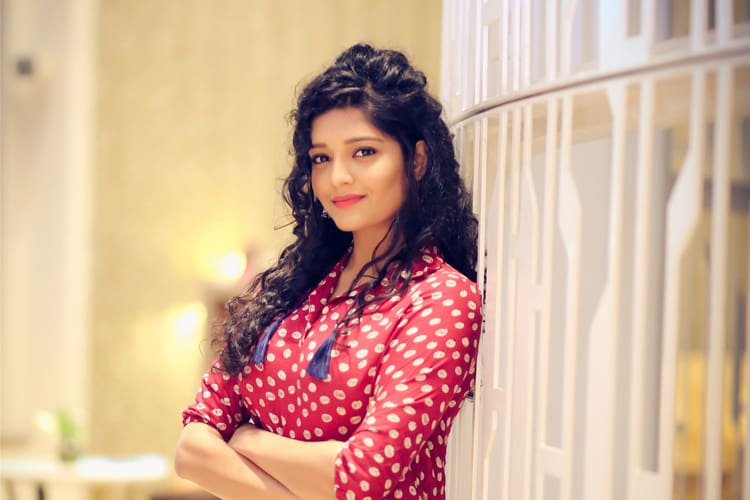 Ritika Singh is an Indian boxer and actress who have appeared in Tamil, Telegu, and Hindi movies. She made her movie debut in 2002 as a child artist in the movie Tarzan Ki Beti. Ritika has also co-starred with actor R. Madhavan in the Tamil movie Irudhi Suttru. Her strong performance in the movie won her a Special Mention at the National Film Awards.

The martial artist has also represented India at the Asian Indoor Games in 2009 and Super Fight League.

Her father Mohan Singh played a pivotal role in training her since childhood. 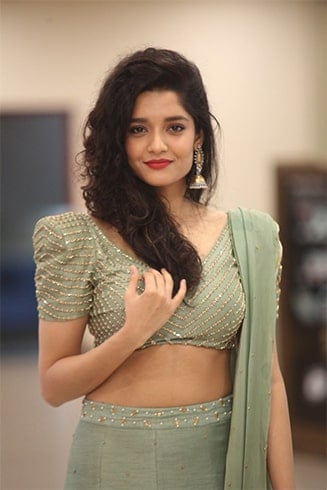 Mentioned below in the table is a detailed overview about her biography, family details, and other hobbies. Ritika Singh is an Indian actress and a professional kickboxer who represented India at International levels. Here is a breakdown of her professional career:

Ritika Singh is a professional kickboxer trained under her father, Mohan Singh. She first represented India at the 2009 Asian Indoor Games in the 52 kg category. Later, she also appeared at the Super Fight League as a mixed martial artist. 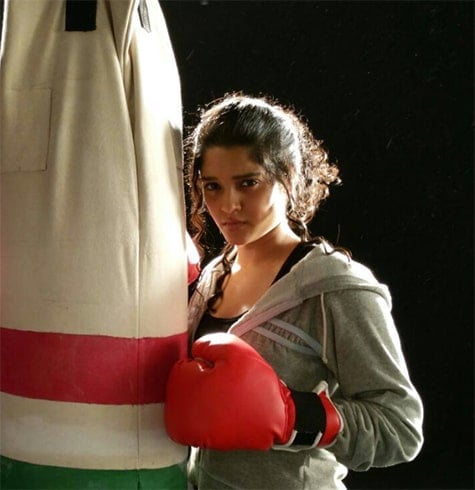 Ritika Singh was discovered by director Sudha Kongara Prasad in 2013. She was later called to audition for a leading role in the movie, Saala Khadoos in 2016 where she portrayed the role of a Marwari girl, Madhi who was a boxer. She fitted the character well as the makers wanted a professional boxer.

A Tamil version of the movie was made which was named Irudhi Suttru co-produced by R.Madhavan and Rajkumar Hirani. The movie won her critical acclaim and she received a Special Mention at the National Film Awards. She also went on to become the first actress to be mentioned at the National Awards for not dubbing her role.

Here is a breakdown of her titles made so far: 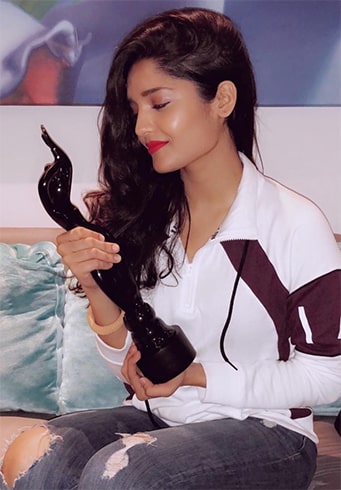 The boxer turned actress has made quite some few fashion sightings. She has made a spectacular movie debut and has walked the red carpet wearing major designer wear.
Dubbed as the next superstar to watch by film critics, we take a look into Ritika Singh’s fashion profile which is full of chic and glam outfits.

1. Next Level Gorgeous in a Mansi Vuppala ensemble:

The star teamed her black outfit by Mansi Vuppala with jewellery by Nandita at the IIFA Utsavam Day 1. She looked every bit gorgeous in the lehenga and matching blouse. 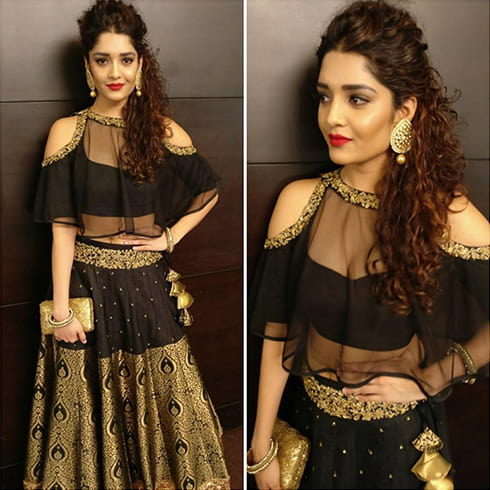 Ecstatically posing for the cameras at a TedX event where she wore a military inspired wear with loose trousers to complete her winning look. 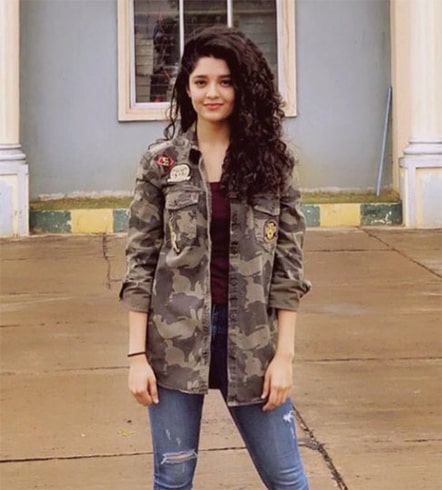 4. Looking Lovely as ever:

The actress is seen beautifully dressed in a Taavare Clothing & Sangeetha Boochra for a TV show. 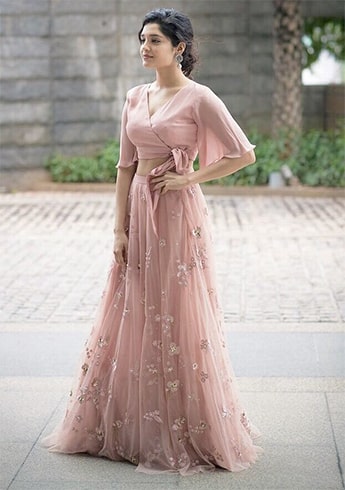 5. Astonishingly Gorgeous in an eye-catching Lehenga:

We can’t take our eyes off the actor as she poses happily for the camera in a stunning lehenga with matching blouse at the SIIMA Awards. Ritika Singh is an upcoming actress with her own incredible beauty looks. And after much-stalking her event appearances, we are officially fans of her.

We are eyeing the actress for her seriously makeup skills. Ritika Singh’s beauty secrets are soft contouring and smokey eyes. Combing through all of Ritika’s hair and makeup moments, we found the absolute best.

The professional athlete is pretty healthy when it comes to being in shape. She struggled with the diet changes at the onset of her career, but later committed to eating healthy. And now looks amazing. To hear how Ritika Singh fitness secrets, read ahead. Ritika Singh’s exercise regime is about maintaining a strong physique. As a boxer, she is required to put in more work and includes more strength workouts. Besides, Ritika enjoys sweating it out in the thread mill, if her Instagram stories are anything to go by.

Ritika does not believe in dieting and instead maintain a healthy eating habit. She takes lots of fruits, veggies, and water throughout the day.

But early into her career, she had shared once that, “My dad was tough on me. I hated the diet and training. I hated eating healthy food like greens and salads. I used to carve for chaat and other fast food. I also hated waking up early for training. I found it tough to follow an athlete’s lifestyle. But soon, it became a part of my life and I embraced it. I realized I was good at it.” 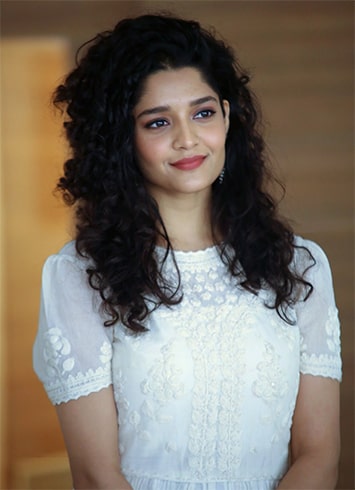 We are hopeful to learn Ritika bagging major brand endorsements in the near future.

Want to know more about the kick boxer turned actress? Here is a link to Ritika Singh social profiles.

Given the fact that Ritika Singh’s fashion profile is fresh-faced and effortless, it only made sense to feature her. What did you think about her signature style? Leave us a feedback in the comment box below.

Jewelry Ideas For Girls Who Hate Wearing Gold On Their Wedding...

Gorgeous Hairstyles At The Oscars 2016 Flaunted And Why We Love...

What To Eat For A Balanced Health And Nutrition?