The popular Star Plus daily soap Sath Nibhana Sathiya has completed its 1000 episodes. The serial that was launched on 3rd May 2010, is one of the most viewed serials on Star Plus. While other daily soaps struggle hard to even complete 500 episodes following heavy competition; Sath Nibhana Sathiya has effortlessly managed to continue for 4 years now with high TRP rating.

Apart from its engaging storyline, it is mostly popular among Indian women for the sarees and jewelries the characters are wearing, especially Rashi and Gopi.

While the plot has intensified in the soap with Gopi’s return to Modi House and her eventual reconciliation with her husband Ahem and mother-in law Kokila Modi which is quite vivid; the entire crew has celebrated completion of 1000 episodes recently on 20th March 2014. 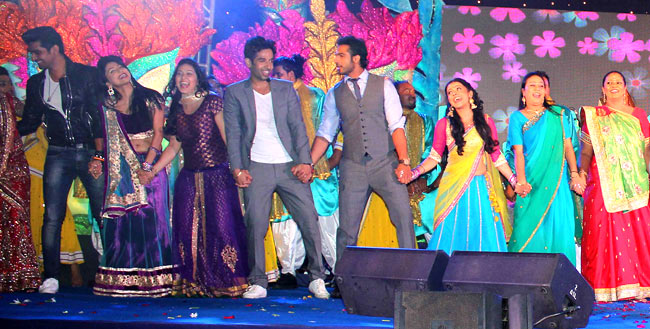 There was a high drama in the party. While everyone from the show made sure to attend the bash; many celeb guests from the small screen world also attended the party.

The Sath Nibhana Sathiya actors pitched forward on the stage to present a nice skit and dance programs for the guests present at the event. While all of them were dressed up in their typical screen attire; the actors looked in tune with each other during the program. However, after the dance program everyone returned to their usual selfie each looking fabulous in their stylish party wears including Indian Fashion trends. 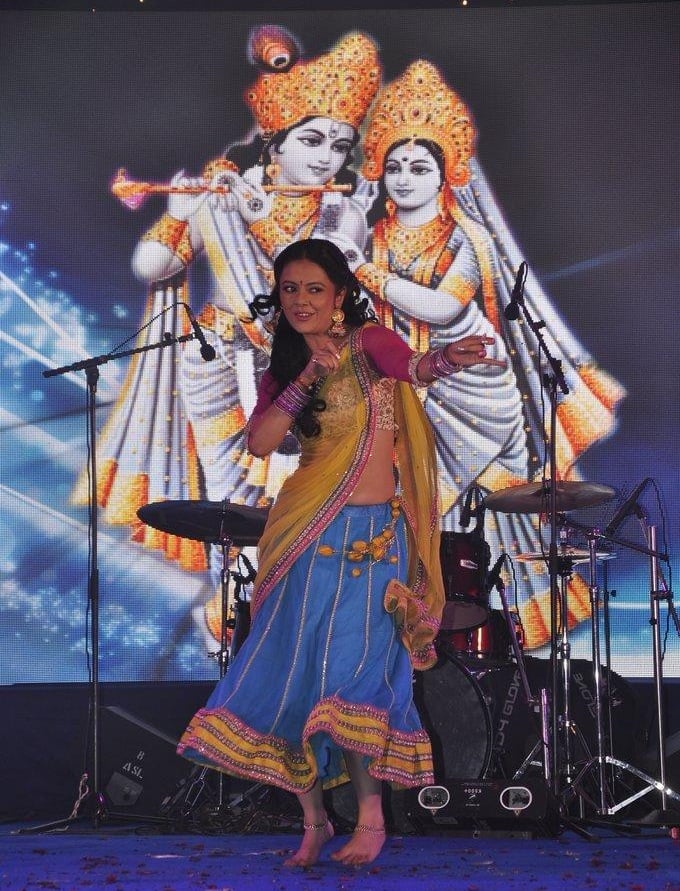 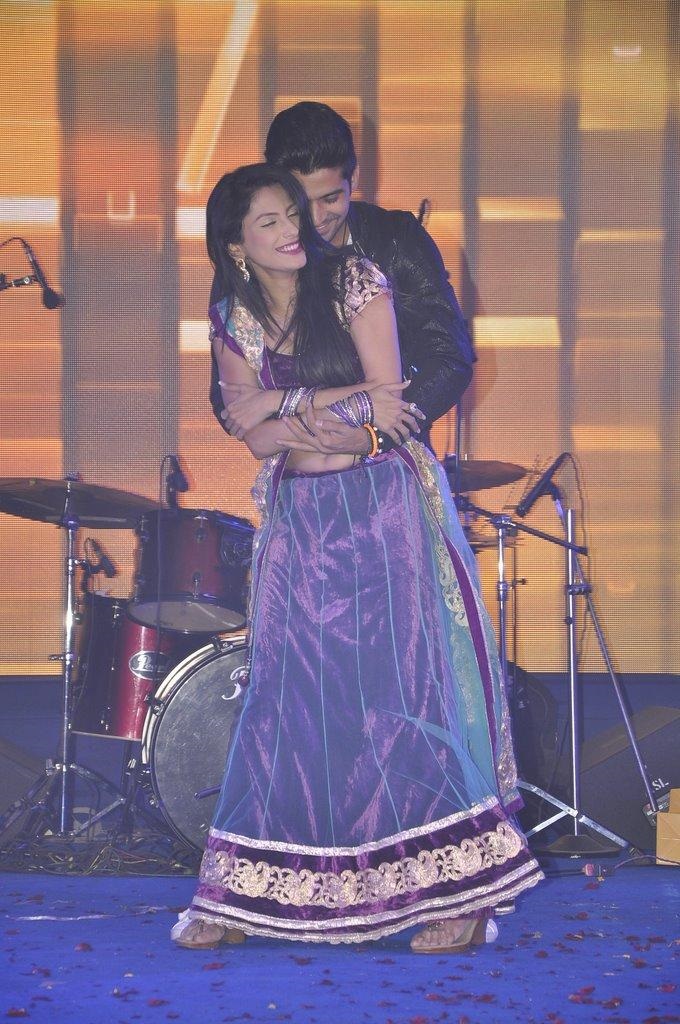 Devoleena Bhattacharjee aka Gopi gave a solo performance as she danced to a Bollywood number. Her reel life sister Rashi (Rucha Hasabnis) performed with Jigar (Vishal Singh). Rupal Patel aka Kokila Modia however remained to be her usual self as usual even on the stage at the event.
[sc:mediad]
The entire star cast had huge fun. A huge cake displaying the 1000 number was brought in which was cut by the serial’s producer Rashmi Sharma. Coincidentally, the producer had her birthday on the same day.

Elite guests including Pankaj Dheer, Divyanka Tripathi, Avika Gor and many other guests had arrived to be a part of the celebration.

Now coming back to the long running daily soap, it has managed to be in the popular list for several reasons, their costumes being a major factor. 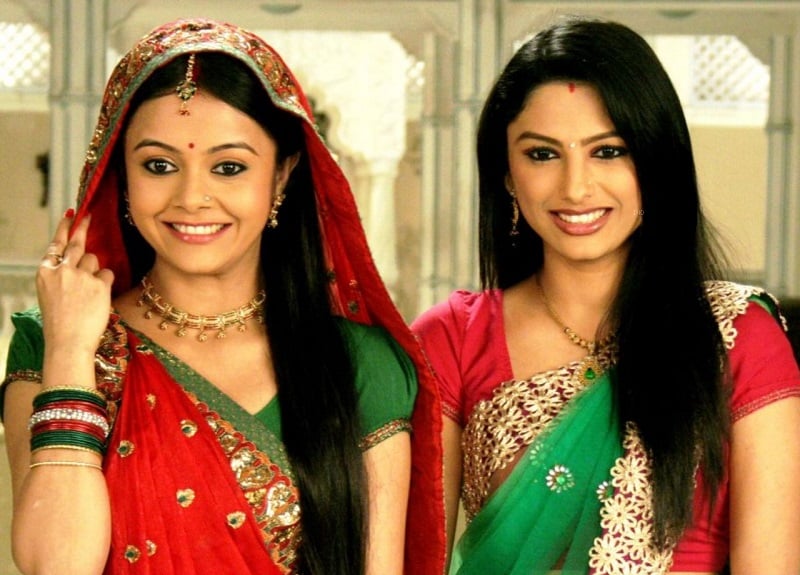 As I had mentioned in my previous post that most of the Indian fashion trends come into mainstream through Indian TV serials, people quickly get inspired from their outfits rather than any fashion runway. Just like Kumud of Saraswatichandra, even Rashi and Gopi have become fashion icons of small screen.

In the past 4 years, the serial has displayed a huge variety in saree and suit designs; be it Gopi’s sarees, Rashi’s or Kinjal’s anarkalis. Even though some of them are repetitive; the creative design makes sure to showcase their characters in never-before seen designs.

For instance, Rashi’s sarees are always trendy and glamorous. Her net sarees are high on demand, especially these days. Because of the change in storyline which has moved 8 years ahead, Rashi is now seen in high end gorgeous net sarees with elaborate full-sleeved blouse designs, being one of the latest fashion trends seen lately.

Even though the story is about a Gujarati family settled in Rajkot; the fashion designer Ritu Deora has made sure to add diverse elements to the outfits worn for the soap. Even though every character had signature style, like Koila only wears heavy pattu sarees and Rashi wear net double designed sarees; Ritu and her team constantly add new trends to keep up the serial’s fashion statement. And not to mention the heavy jewelries worn by all the female characters are truly appealing and treat for the eyes. 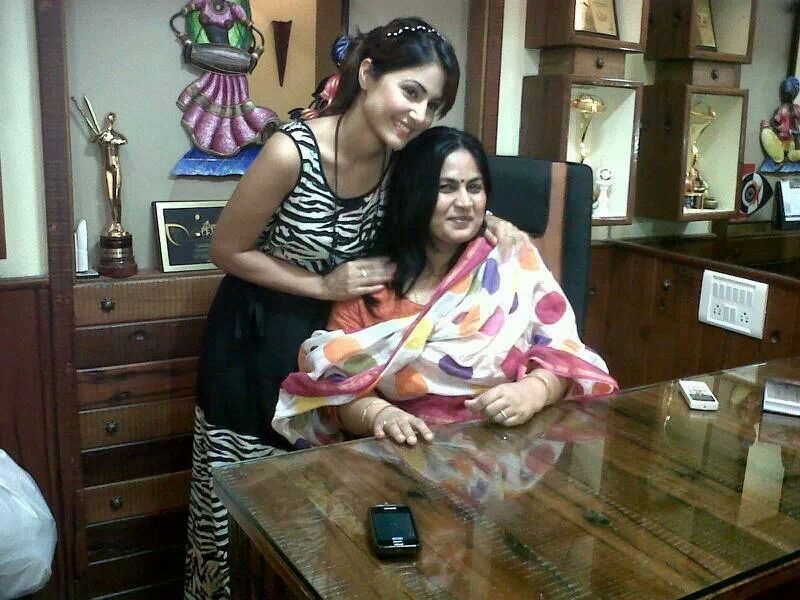 The fashion designer not only designs outfits for Rashi & Gopi, but is currently involved in 40 other shows all over the Indian TV channels including Star Plus, Colors, Zee, SAB, Life OK, Sony etc.

She runs her own studio under her name – Ritu Deora Studio along-with her husband Rajendra Deora.

An ardent fan of Sridevi, the designer loves Hina Khan aka Akshara from Yeh Rishta as she carries all her costumes very well. 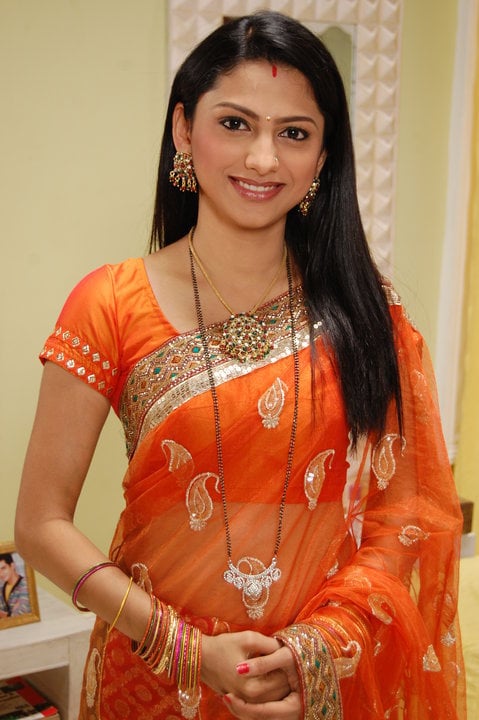 When asked about her general process which she follows in designing costumes, Ritu had this to say,

“I look after the creative and my husband looks after the other work. I have a staff strength of 80 people working under me. I have many people assigned for different work from sketching to cutting to stitching to designing to delivery. While designing costumes for a character some basics which I always keep in mind are the age of the character, his role, cultural background, financial background and storyline. If any show has festivals, then we design the dress accordingly. In a day, we have to make 20 to 40 sets of costumes.”

Right from draping a sari like Tulsi used to wear in Kyunki Saas Bhi Kabhi Bahu Thi  to donning a simple yet elegant look of Prerna from Kasauti Zindagi Ki,  STAR Plus leading ladies have always been trend-setters. These days Kumud, Gopi, Rashi and Akshara are the fashion icons, who are a huge inspiration for Indian women at large.

Check out this video where Gopi shares her wardrobe collection!

The mania is such, women make sure to upgrade their wardrobe only following in their footsteps. Even for festives like Holi, Diwali and Navratri, the serials offer ample of cues. While women are taking cues from Kumud’s Chaniya Choli, Rashi and Akshara’s sarees are referred for parties and fancy events.

And with an array of online boutiques referring replica outfits worn by these actors at affordable rates; it is surely icing on the cake.

Hope you enjoyed this post! Check out Kumud’s wardrobe here.

Vitamin A and its Importance for Skin – Best Overall Age...

A Beauty Guide On Makeup Brushes And How To Use Them

Fashionlady - October 8, 2018 0
It was the 12th edition of Elle Beauty Awards 2018 that took place on October 6th in Mumbai. Honoring the lovely divas with titles...