Our B-town fashionista, Sonam Kapoor, is one star that gets us to search for her to feel awed at her styles at any grand event. Her unconventional styles get her all the attention and titles that proclaim her love for fashion.

She landed for Cannes 2016 in an Anamika Khanna jacket and draped skirt. The floor length printed jacket beautified her persona. The cream toned dress much required the printed drama to get noticed. She transformed her chilled out style into a much dramatic one later. She wore a heavily printed gown with a jacket by Anamika Khanna. Maintaing a bright pink lip and tying her tresses into a neat pony, she rocked the style. 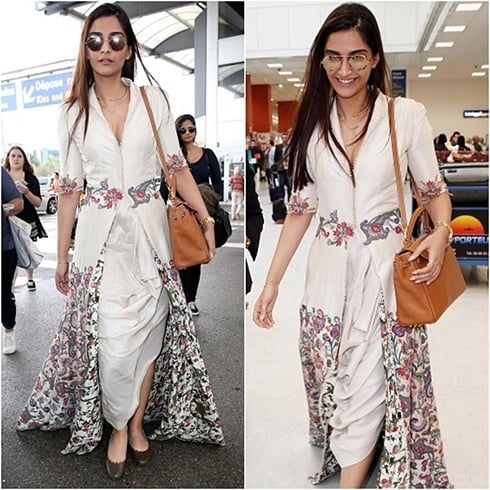 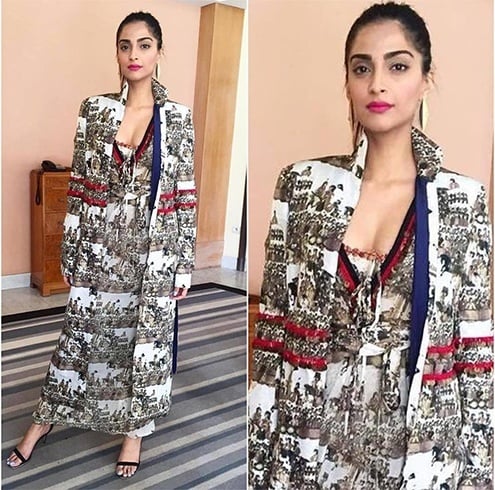 The actress before attending the interview sessions for L’Oreal was spotted in an ultra-cool outfit by Urvashi Kaur. The khadi style outfit with the Harry Potter glasses, look super trendy on her. Being closely associated with L’Oreal, the diva attended the interview sessions creating a thrill like never before in a Rimzim Dadu’s sculpted sari. It was one unconventional method of going traditional. While it is such a challenge to carry the 9 yards like this, the diva excelled at stoning the crowd and getting all the credit for it. She simply added Suhani Pittie jewelry and pinned her hair neat and sleek. The hair and makeup artists, Namrata Soni did an amazing job on her. 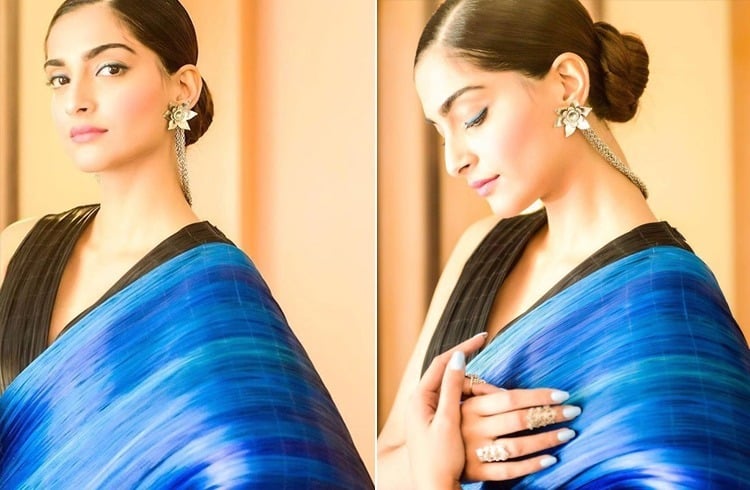 Finally on the red carpet, the actress looked stunning in a Ralph & Russo gown. The shoulder cutout, the cape with its long train and the minimum embellishments created the bustle needed for the all-white gown. She added jewelry from Chopard and went easy with her hair. 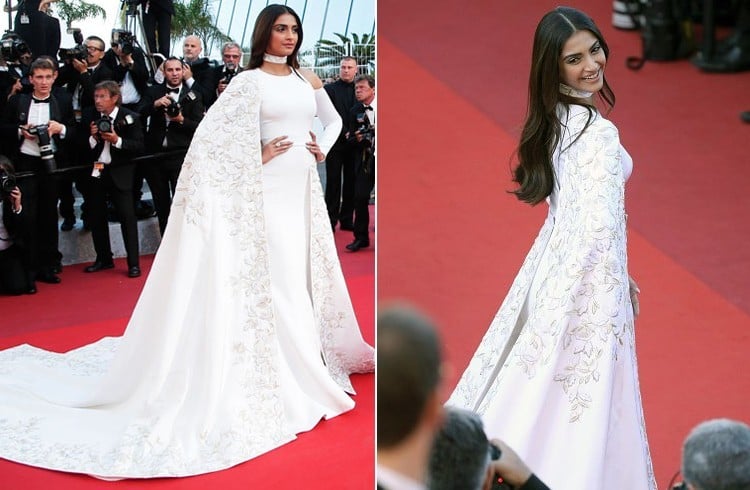 Taking in some sun at the Cannes 2016 was Sonam Kapoor in a Ralph & Russo outfit. The deep V neck and the nail dropping pattern on the dress are the killer features of the look. The diva gave an extraordinary twist to the tale with the help of Namrata Soni, by giving herself a pink liner and twisted braided updo. She added pretty earrings from Suhani Pittie and closed the look with metallic heels. 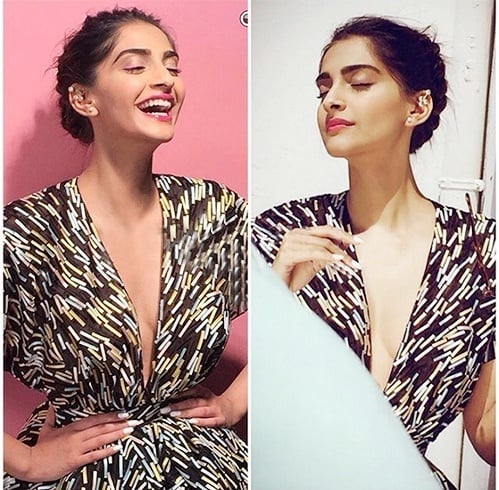 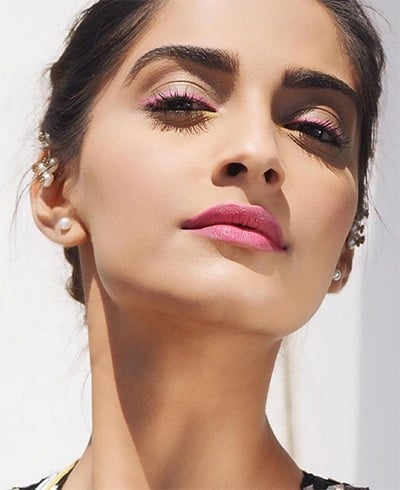 She walked the red carpet on Day 2 in a Ralph & Russo ensemble, again. Looks like Rhea Kapoor, her stylist, has decided to exhibit the extravagant collection of Ralph & Russo, keeping the focus rooted to Sonam. The fairy-tale looks of the actress has nothing but just a wand missing. The strapless dress was donned with a heavily ruffled floral cape with a long train.

While the hairdo looks casual from the front, the sleek updo was creatively pinned by Stephane Lancien, adding all the more glamour to the actress. She set the red carpet on fire with yet another simmering hot gear from Ralph & Russo. The outfit bears little resemblance to the Ashi Studio outfit she donned for the HT style awards. 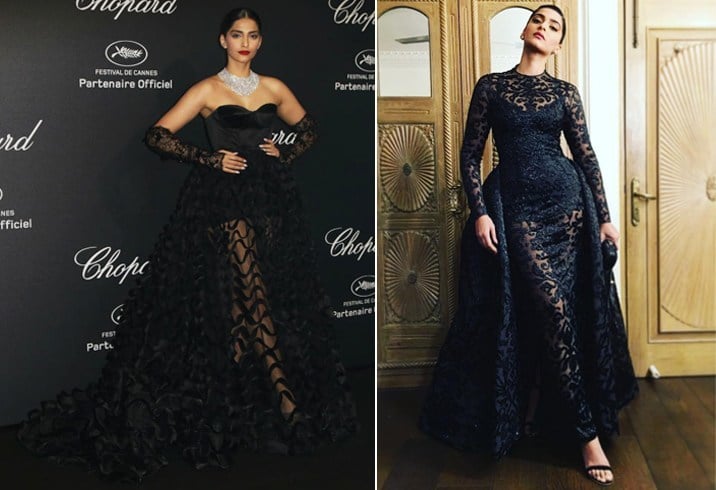 The sheer gown with its lacy gloves and the strapless bustier create the much needed drama to the grand event’s grand appearance. It’s extremely challenging to take our eyes off the Chopard neck-piece on her. She went again with the sleek updo and struck a red smile. It is amazing how gracefully she carried the gown which definitely gives us the feeling of a wrap over for a bodysuit. If you had to pick a favorite, which one would it be?

How To Apply Makeup Around A Nose Piercing

Fashionlady - October 15, 2017 0
Knock Knock! Who’s there? Maxis. We know it’s not summer yet but looks like we need to make some space for these effortlessly stylish wardrobe...