While the 71st Golden Globes Awards was recently showcased with full on drama, glamour and some wacky moments in LA, back in India, the Star Guild Awards 2014 was celebrated with full spirits for the 9th year.

While Tina Fey and Amy Poehler were busy in taking a few digs at Hollywood’s finest, back at the NSCI stadium in Worli, Mumbai Salman Khan became the sole entertainer keeping the humor content alive all throughout the show.

Hosted by Salman Khan this year, the night was for sure to be remembered for long. While Salman’s crazy bone kept the audience splitting on each other, the red carpet had already set the fire in the wintry evenings as celebs kept pouring in from Deepika and Kareena to SRK and Farhan.

While big screen as well as small screen stars were pouring into  the NSCI stadium gracing the event, the star studded red carpet became a treat for the eyes of the onlookers. From sequined gowns and floor length anarkalis to jumpsuits, the red carpet had turned into a glamorous fashion runway for the celebrities. 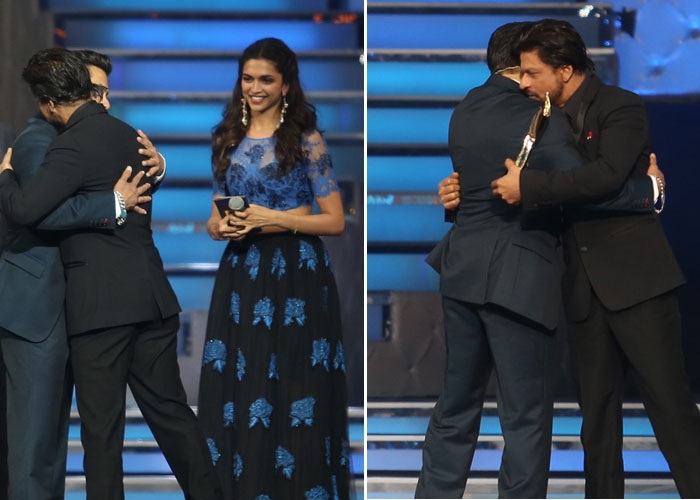 While Deepika Padukone, Bipasha Basu, Divya Dutta and Divya Kumar, other actresses like Kareeena and Sonakshi preferred to show up in western outfits.

Just like all other award shoes, even this event had its both good and bad fashion outbreaks. While some became the head turners, other just failed to impress through their overrated fashion quotients.

Let’s have a look at the best dressed celebs at Star Guild Awards 2014! 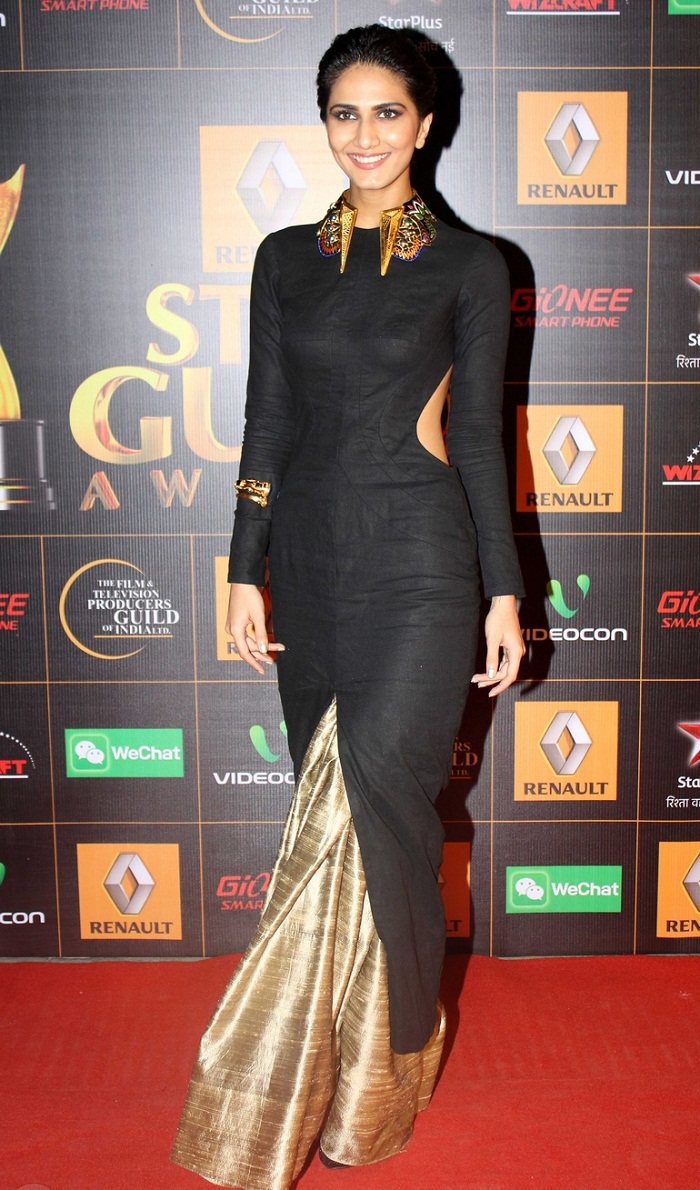 Vaani Kapoor came out as a winner in the show by smartly choosing Nikhil Thampi’s much talked about fusion sari. Sensing it to become a huge trend, I had posted an elaborate post on Nikhil’s fusion sari collections few months back. 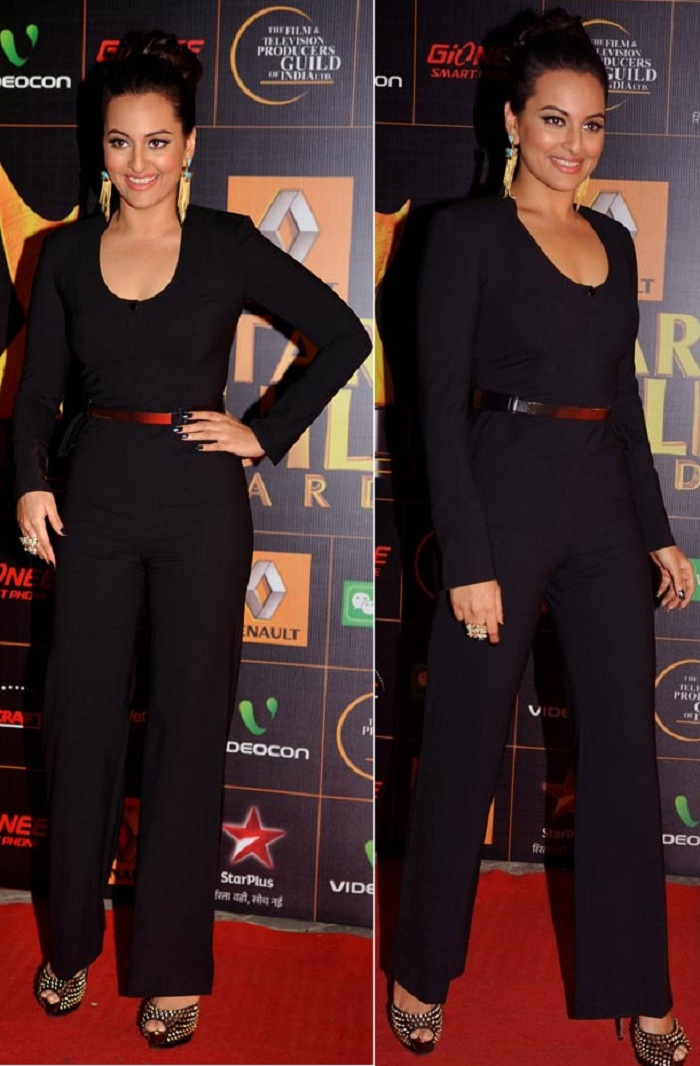 Even though Sonakshi Sinha has many a times caught up by fashion cops, this time she managed to escape by opting for a Rachel Roy jumpsuit. As the Lootera actress has pretty managed to put down some weight, she looked fabulous in this outfit. She completed her look with a pair of spiked Steve Madden heels, Atelier Mon earrings and a House of Chic ring. 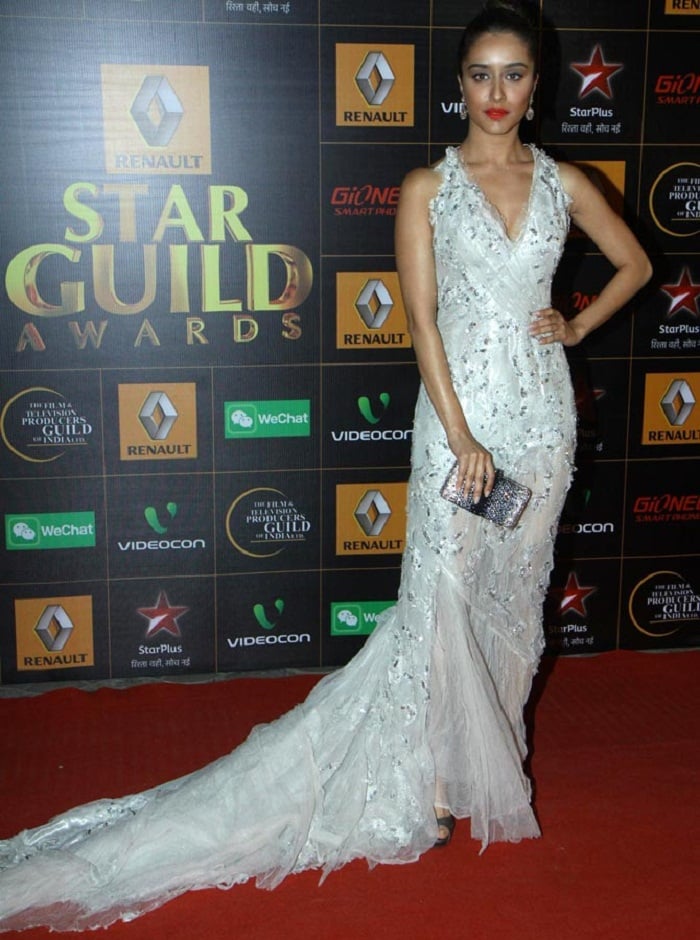 Sraddha Kapoor looked stunning in a silver Donna Karan Atelier. She paired her look with contrasting black peep-toe pumps, Judith Leiber clutch and Amrapali jewelry. While Kareena’s red pouts didn’t help her much in bringing out her best look, the red element has definitely worked for Sraddha. 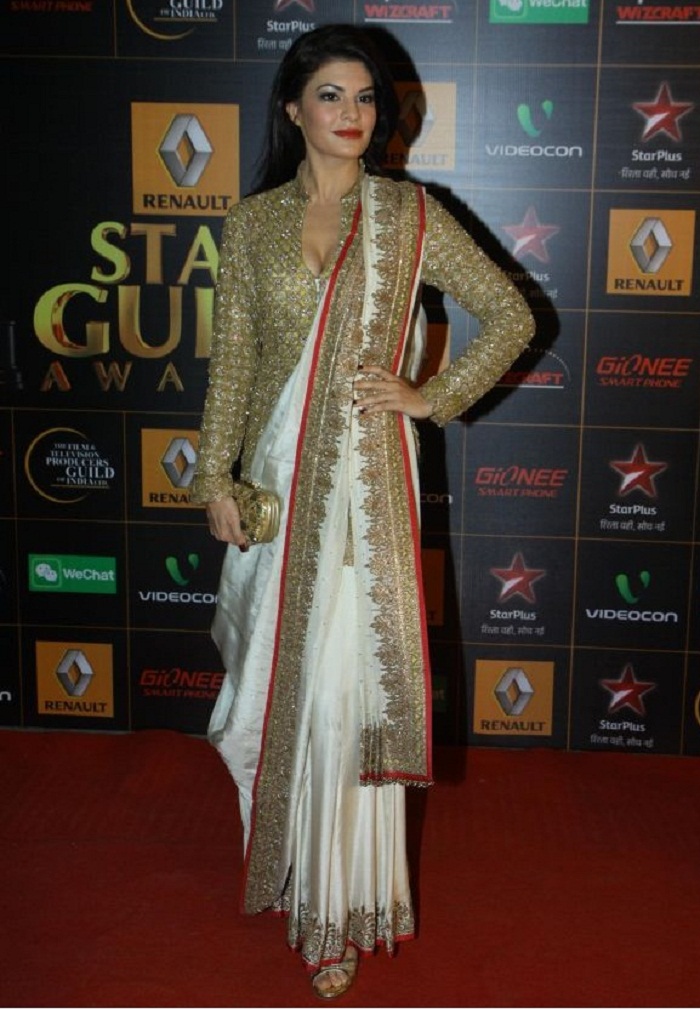 It seems Jacqueline Fernandez has started taking fashion seriously ever since she has walked the ramp for various designers. For Star Guild Awards, she showed up in an Anand Kabra sari, which was also worn by Rasika at the Abu Dhabi Film Festival. Unlike Rasika’s cute sleeveless blouse, Jacqueline preferred to go for the embellished long-sleeve golden blouse. Now it’s up to you to decide who looked better in the same saree in different styles though. Meanwhile Jacqueline is in our best dressed list. Sunny Leone, the much hyped actress post Big Boss is certainly a head turner wherever she goes. Credit her infamous profile, her to-die for figure or her Hollywood connection, Sunny is now a big thing in Bollywood, who can give other actresses a run for money.

She looked gorgeous in a golden mermaid gown which perfectly flaunted her curves. The fishtail braid enhanced her look. Rhea Chakraborty made sure to grace the red caret this year as well. Just like her backless gown wit train veil was under the spotlight even this year her elegant off shoulder gown has bagged her a place in the best dressed list. With minimal jewelry, her curls perfectly completed her look and not to mention her blushed cheek bones. 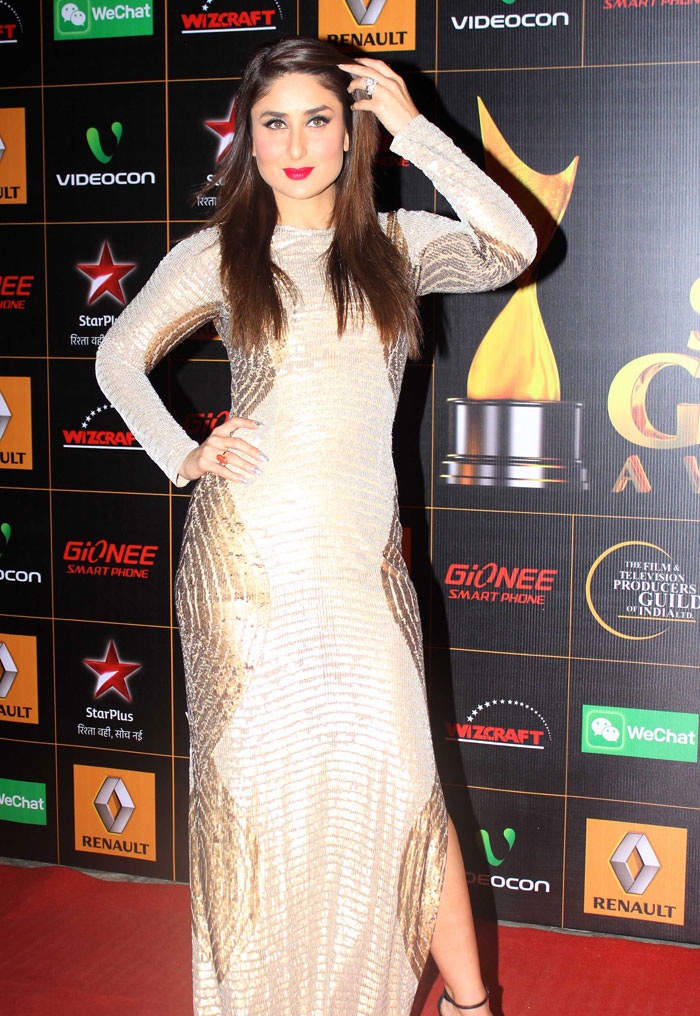 Even though Kareena tried her best to become the golden beauty at the event as she arrived in a shimmering gold thigh slit gown by Namrata Joshipura. The wave patterns in gold and shimmer couldn’t spill much magic to impress the fashion critics judging the red carpet fashion parade.

This is definitely not the best looks of Deepika. I feel as if the actress is going through some perplexed state, as she keeps on showing off her highs and lows on the red carpet in all the recent events she has attended. Even though Shehla Khan’s creations are awe-inspiring, this lace blue lehenga was not all impressive. Even though the blouse is intricately designed with her signature lace fabric, Shehla’s creation just failed to impress at the red carpet. Waist up Deepika looked good, but she scored in negatives waist down. may be a dupatta would have been some help. 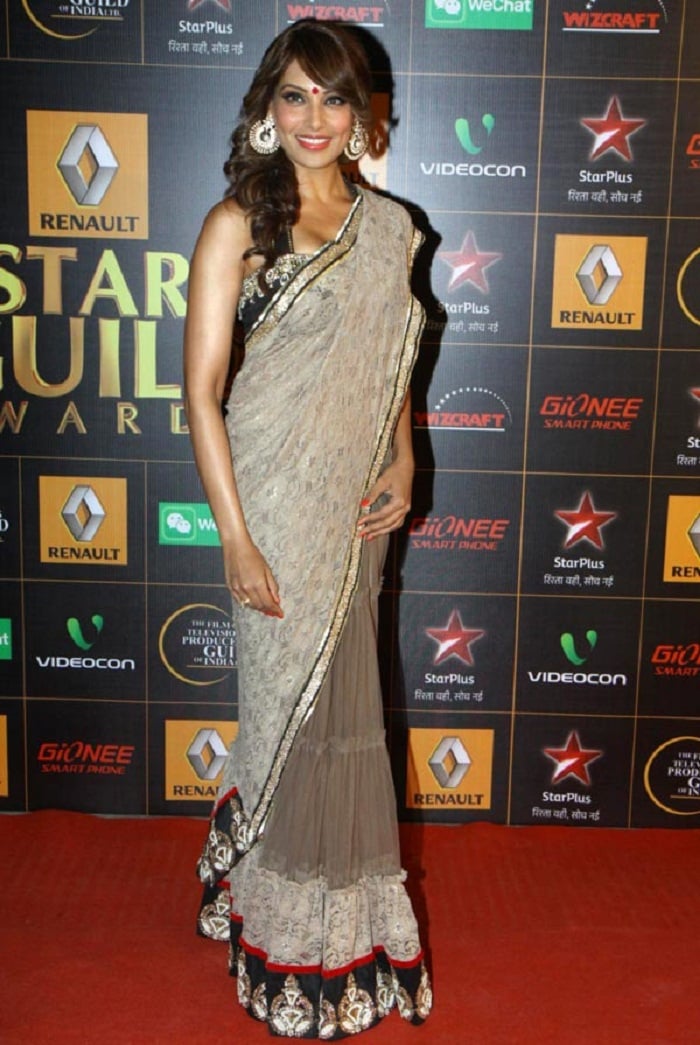 The Bong beauty opted for a desi version to attend the event. After flaunting Manish Malhotra’s anarkali for the Screen awards, she showed up in a Binal Shah sari. With huge danglers, orange nails and red lips, Bipasha ensured to keep up the Bengali element by spotting a huge red bindi.

Here’s a Style Summary Of the Paris Fashion Week 2018!

Fashionlady - August 31, 2016 0
VMAs were supposed to be an Award show for music, but as we witness lately the show has turned into the Mecca of hi-fashion....