Indian Fashion Blog
Home Celebrity Stripes It Was With Athiya And Sonam! But Who Nailed It? 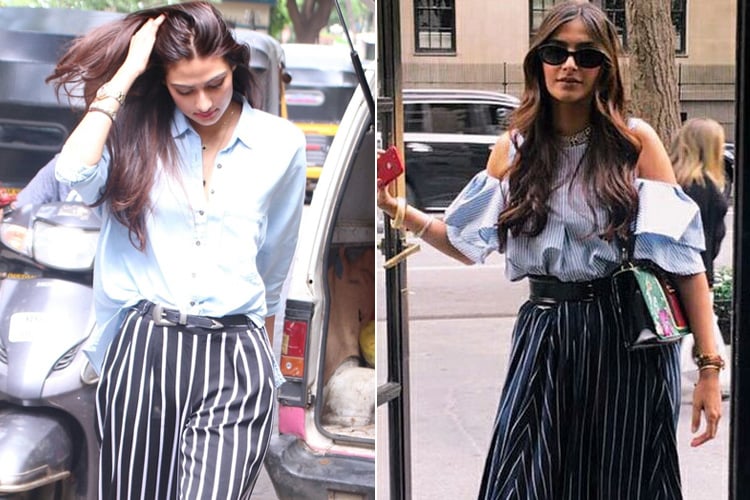 Stripes fashion isn’t as easy as it seems and it could either break or make a look. The first color mix that comes to mind when it’s striped is obviously the black and white.

Bringing this thought to light were two gorgeous looking Bollywood divas, Athiya Shetty and Sonam Kapoor. While one (Athiya Shetty) was flaunting this style at work, the other (Sonam Kapoor) was spotted showcasing it on a vacation.

Sit along and let’s dig deeper into their style notes-

Even while holidaying, Sonam Kapoor ensured her style game was on the spot. She was clicked looking stunning in a Rheson cold shoulder top over Vince white over black stripes skirt. With Sonam, we did expect a fancy handbag but were totally surprised by the color and the pattern. She chose a fancy looking Gucci handbag in green and carried it off awesomely. Adidas shoes put her feet to ease. Gentle waves rolling down her shoulder, cool glasses rounded her style. This one stripes style worth a shot! 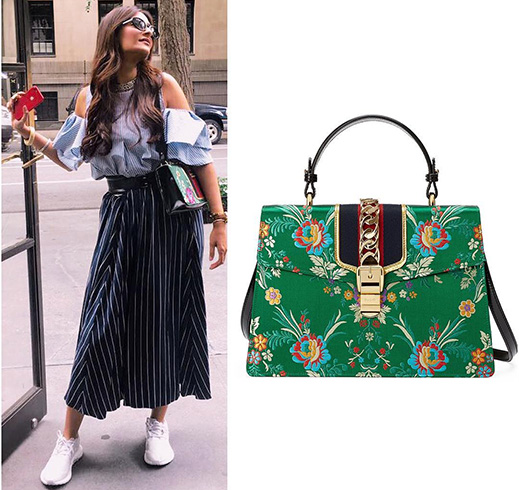 Looks like Athiya is walking the path of being the future fashionista of B-town. While the former did white over black stripes, Athiya did black over white stripes style. The high waist pants with the bow and the sliding shoulder white top From Kerkes Fashion was purely enticing. Soft waves and bright pink lips rounded her style. Unlike Sonam, Athiya chose to keep her footwear polished and classy in black. Isn’t the stripes style cool and quirky? We believe it is! Which would you prefer?

Top 11 Places for Shopping in Pune