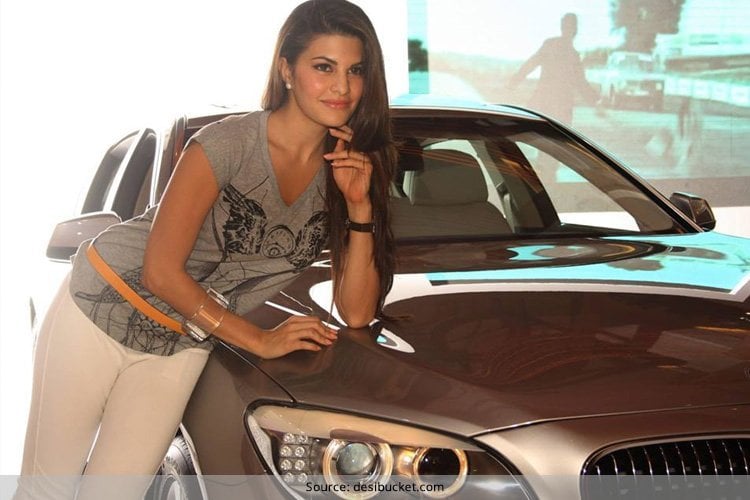 Gorgeous celebrities are growing dime a dozen but did you hear of gorgeous cars? You know the ones that look super sexy, haute, and desirable.

If the dresses of B-town actress are something to write about, so also is the actress car collection. There was a time when Maruti Gypsy was considered as the epitome of luxury and hatke. Today there is Rolls Royce Phantom to Maserati taking the honours as bollywood celebrity cars.

Bollywood Stars And Their Cars

Let us do a close check of bollywood stars and their cars. Expensive Cars that reflect the expensive taste of tinsel town actresses.

Piggy Chops is all over the media after having won the recent People’s Choice Award for her role in the American TV serial Quantico. And she is the first ever South Asian actress to have bagged the award.

Though her role in the biopic film Mary Kom and Bajirao Mastani stumped the audience, what would make you sit up and take notice is the actress car collection – Priyanka’s Rolls Royce Ghost among other cars which cost her a whopping 2 crore.

Is your heart sinking on hearing this? It shouldn’t be as on a humorous note Priyanka would make up for her prized car purchase through celebrity endorsements.

Sunny is waiting with bated breath for her next release Mastizaade which is truly speaking a bold film. Though her movies haven’t done much business, yet she has managed to win the hearts of millions of viewers.

It’s nice to know that her husband Daniel Webber keeps showing her with gifts, but what’s masala material is that Daniel gifted her a Maserati to the tune of 1.5 crore. If all husbands were like that, the whole complexion of actress car collection would go for a re-definition.

Can you catch a glimpse of the girl sitting next to the driver? It is our Shraddha babe, the star who won the hearts of millions of fans for her stupendous performance in the films Aashiqui 2 and Haider.

Shraddha is a die-hard fan of Expensive Cars. And so she decided to buy for herself a Mini Cooper. Later on, it is her parents who decided on the Mercedes ML Class SUV which came at a price of Rs 90 lakh.

She might be the highest paid actress in Bollywood and has true Barbie-doll like looks but Katrina is the proud owner of Audi’s flagship car SUV Q7 and its younger sibling Audi Q3.

It goes without saying that Kat is a huge fan of Audi machines. Who knows she could be adding more of Audi cars in her garage.

Bubbly and vivacious is Anushka Sharma who has bagged the leading female role in Salman Khan film starrer Sultan. But what makes our Dil Dhadakne Do is her Range Rover Vogue which she drives around in.

What would interest you more is the limited edition Audi R8 LMX that was recently bought by her cricketer boyfriend the heart-throb Virat Kohli. Nothing can beat the price of love, as they say, when it comes to Bollywood stars and their cars.

Bollywood’s extremely popular and highest paid actress Deepika Padukone might be the trendiest topic on websites and magazines. But so is her Audi Q7 SUV and BMW 5 Series which she proudly owns.

As Most Desirable Women 2012 and 2013, Ms Padukone is also a lover of German engineering. I only wish some day she became the brand ambassador of German machines too.

‘Queen’ she is when it comes to delivering hits, but the queen of wheels that Kangana treasures the most is her BMW 7 series. It shows Kangana is very choosy about her cars as much as her roles.

Former Miss World, Ash is an admirer of Mercedes Benz but her heart beats for Audi A8L which she owns. Aishwarya also has a Mini Cooper for her daughter Aaradhya.

Which do you think is the most expensive bollywood actress cars and which of them is your favourite? We will be eager to hear you.

Six Transformational Tips – From Secretary To The Haute Diva Look

We Predict The 6 Big Winners Of The Oscars 2017

Wear Makeup Every Day? Switch To These Organic Makeup Brands

Fashionlady - October 5, 2016 0
Mirzya, a representation of the cult classic love story of Mirza Sahiban, is due to release this Friday. With Rakeyesh Om Prakash Mehra at...