The Grammys has always laid out a red carpet that welcomes all mavericks and mischief makers. It’s a place where one could arrive as dressed up as one wants or entirely naked. Abiding by the tradition of the Grammys, none of the music makers, singers or dancers disappointed us. From, J.Lo to Adele to the very adorable Laura Pausini. Only if we could take a glace of Queen Bey and her baby belly on the red carpet – sigh!

The ‘Work’ singer was working it out perfectly on the red carpet. She arrived emulating a doll in her Armani Privé color blocking separates. The black and the orange made a statement with glimmering Chopard jewelry that reflected just the right amount of light. When sister Beyoncé was getting all dressed for her big performance, sister Knowles treaded through the gates all confident in her golden Gucci dress. Not only are we loving the single-shoulder number on her, but have become fans of the Maryam Nassir Zadeh transparent sandals. 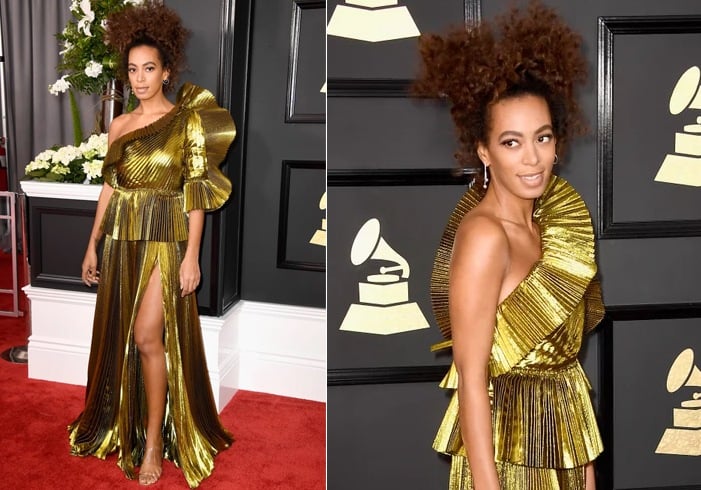 The Staples Center was awestruck as the 48 years old crooner walked in shining like a perfectly chiseled piece of emerald in a green Zuhair Murad Couture. A plunging yet classy cleavage matched with age defying legs for days – we don’t really expect anything less from Celine, do we? 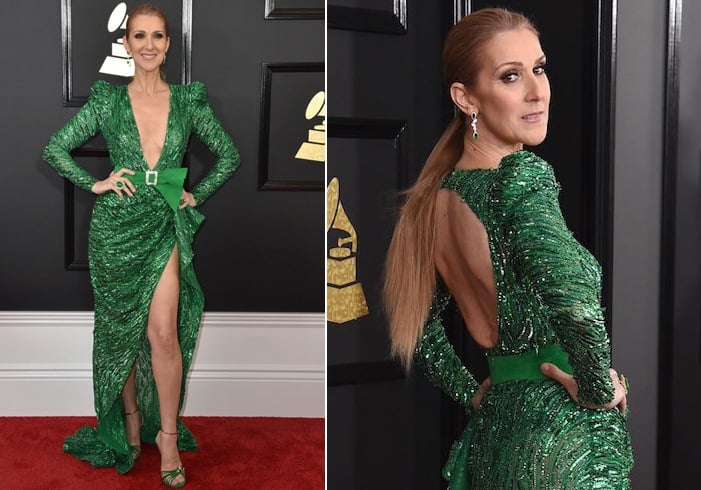 It’s been quite a while since the singer’s last studio album and single last year has only left us yearning for more. On hearing new music on the horizon for Katy and were excited to see her at the Staples center, but not sure if this Tom Ford ensemble has done justice to our wait. Katy is not the one to disappoint on the red carpet, but knowing how much she was rooting for Hillary Clinton, we can only guess she is still recovering from the shock. Hence, the golden sweater and the long fringed skirt. Luckily J.Lo came to save our hopes and gifted us our Grammy moment. No, we aren’t exaggerating one bit, what would the award show anyway be if the pop diva doesn’t show up at the red carpet looking like the sexiest version of guardian angels descending from heaven. As usual the Latina was flawless and sensuous in a Ralph & Russo Couture that fulfilled all the requisites- cleavage, legs, and sex appeal. And an extra wow factor added by the Christian Louboutin heels. 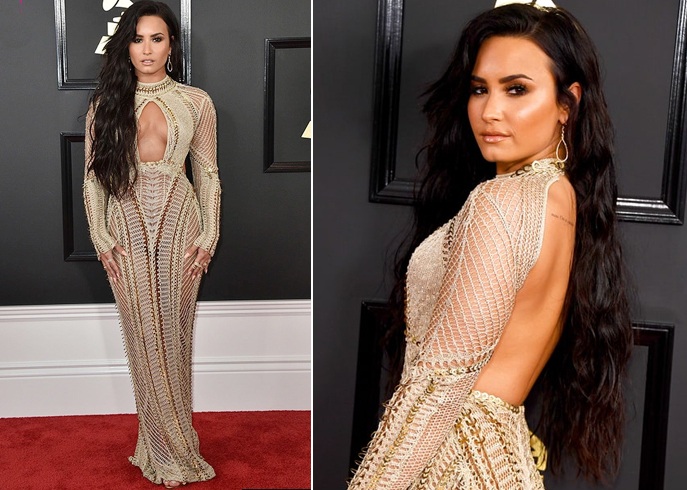 Singer, songwriter, actress and record producer – the 49 year old, multi-talented diva was seen rocking a scarlet gown by Zuhair Murad. The ensemble, with its key hole detailing, was as elegant as it could get on the artist and kept the shutterbugs busy for some time. We also spotted Santigold channeling her inner Barbie in this pink Gucci fork categorized specifically by a Peter Pan collar. That one person we all were literally dying to see this evening – Camila Cabello. We had often heard the 19 year old complain about how as members of a girl band they were being sexualized, quite without their true consent. So here is a brand new solo artist looking like a Disney princess in Miri Couture, and we can confidently say that this is the first time we are witnessing Camilla is such a conservative attire and are totally digging her look. 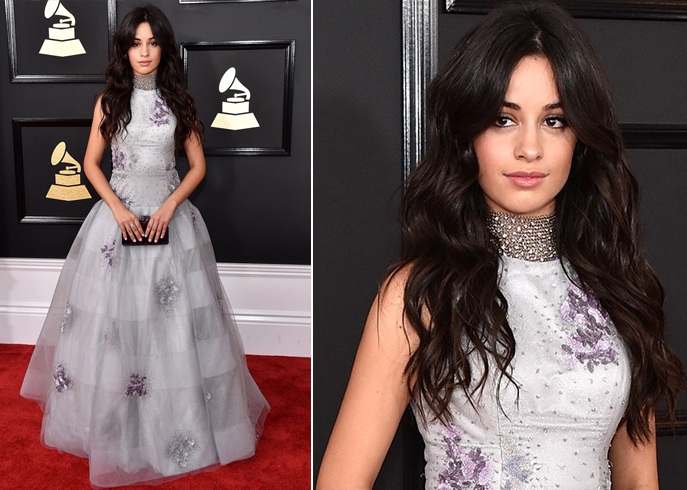 Paris Jackson made headlines with her Rolling Stone debut last month, so it won’t be wrong to say all eyes were her as she rolled up on the red carpet looking every inch like a cover girl in her rainbow inspired Balmain gown. 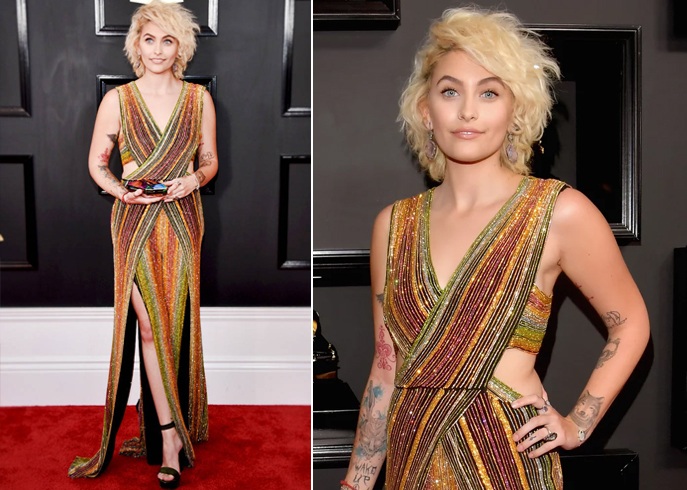 And the big one – one frontrunner for the major awards for Grammy this year was Adele. Clearly, the bunch of nominations she had called for some extra flashlights. The Givenchy Haute Couture paired with Lorraine Schwartz made sure the shutterbugs had no mind for anyone else for as long as the ‘Hello’ singer was present on the red carpet. 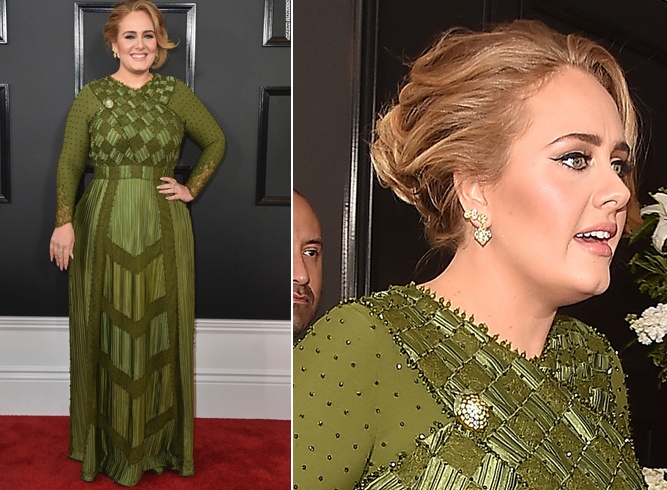 Keeping us with the 59 year old tradition, the Grammy this year too presented us with glamour galore. This is one ceremony that keeps us waiting for the planet to complete its revolution faster so we could have a brand new evening again.

Refrain from Wearing These!

That Burning Sensation in the Breasts and How to Deal With...