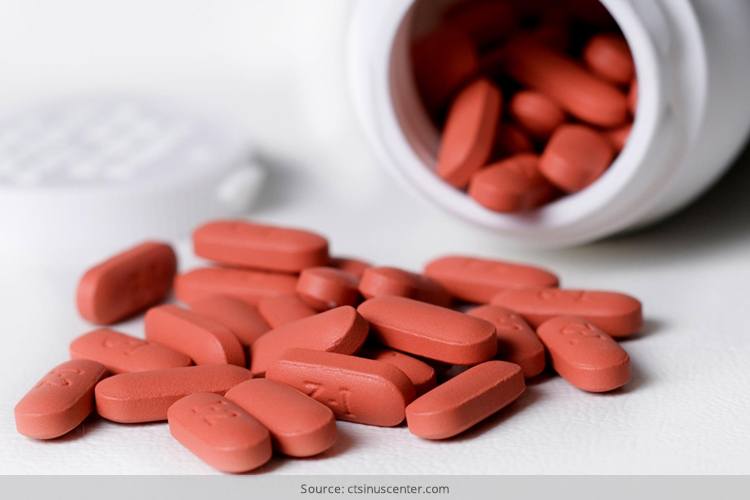 An Introduction to Ibuprofen

When was the last time you complained of pain, nausea, fever, swelling? Did you go to the doctor or took a shortcut of taking medicine on your own? Was the drug that you took safe or did you end up developing side effects?

Most of you know and have read about the saying “Health is in your hands”. But what happens when you fall ill and experience pain. You turn to medication, right? Ibuprofen is one such widely used medication used as a painkiller. However, as a learned consumer, you should know everything about Ibuprofen, so that you are well aware of its pros and cons.

This article covers facts about Ibuprofen

What Does Ibuprofen Do?

How Does Ibuprofen Work?

How Long Does Ibuprofen Take To Work?

How Long Does Ibuprofen Last?

How Often Can You Take Ibuprofen?

What Happens If You Miss A Dose?

What Can Ibuprofen Cure?

Side Effects Of Ibuprofen

What Not To Take With Ibuprofen?

First things first – did you know that Ibuprofen is sold under many brand names such as Ibu, Cuprofen, Brufen, Nurofen, Motrin, Advil, Midol, Genpril, Calprofen, and Nuprin. In this age of grabbing knowledge and being a multi-tasker, I think it is worth knowing about the names in which a drug is sold.

What Does Ibuprofen Do?

Ibuprofen is an OTC (Over the Counter) drug and painkiller, whose primary role is to treat the following symptoms:

In scientific terms, the painkiller Ibuprofen is a NSAID (Non-steroidal Anti-inflammatory Drug) which is used to treat fever symptoms, menstrual pain (known scientifically as Primary dysmenorrhea) and arthritis. It comes in four forms – tablets (or caplets), liquids, gels and sprays, so you have a good number of options to take ibuprofen.

How Does Ibuprofen Work?

A human body, when affected by injury or illness, releases substances called Prostaglandins. This is when Ibuprofen comes of help by blocking the production of prostaglandins. When released in the brain, prostaglandins lead to swelling and pain, thereby, causing fever.(1)

The painkilling effects of ibuprofen start immediately once the dose is taken. Do bear in mind that the anti-inflammatory effects of Ibuprofen may take some time, say a few weeks, to show up.

How Long Does Ibuprofen Take To Work?

According to health experts and research findings, ibuprofen takes 15 to 30 minutes to kick in and around 1 to 2 hours to take effect (or show effect). But hang on, much depends on what is there in your stomach or for that matter, what you have eaten and munched upon recently.

When taken in liquid form, ibuprofen works fast. That’s because your body doesn’t have to follow a long process of breaking down a capsule or a tablet. It readily enters into your bloodstream and gives you instant relief from pain.

Since no two humans are the same, it can take even less than 15 minutes for ibuprofen to show results. And yes, the patient who has taken ibuprofen should feel better within 30 minutes to an hour.

How Long Does Ibuprofen Last?

Once you have taken the dose, the painkilling effects of ibuprofen start immediately. As mentioned earlier, the anti-inflammatory effects take some time. To get the best results might take you even 3 weeks.

How Often Can You Take Ibuprofen?

Well, you can take Ibuprofen 3 to 4 times a day, keeping an interval of 4-6 hours between each dose. But keep in mind that each dose of Ibuprofen has to be taken after you have had food, not on an empty stomach.

Ibuprofen comes in 200 mg capsules. The maximum dosage (advisable) is 1200 mg, which means 6 tablets a day. But this dosage is meant for minor health problems, so you should not exceed the intake of Ibuprofen without consulting your doctor.

What Happens if you Miss a Dose?

With so many things to remember in a day, chances are you might forget to take Ibuprofen. But if you miss a dose, still take it, as soon as you remember. However, if it is time for the next dose, then skip it. Remember, not to take an additional dose of Ibuprofen, just to make up for the lost ground.

Any medicine, when taken in the form of an overdose, can prove to be dangerous. And Ibuprofen is no exception. In such a case, consult your doctor immediately or call the helpline at (800) 222-1222 FREE.

What Can Ibuprofen Cure?

Ibuprofen is clinically used to reduce fever and treat inflammation or pain which is caused by a headache, toothache, back pain, even arthritis, menstrual cramps, or minor injury.
If your question is who can take Ibuprofen, both adults, and children (who are 6 months old) can take it. But, old age people or senior citizens need to be extra careful when taking ibuprofen, as it can increase the risk of falls. Hence, a low dose is safe for elder patients.

Side Effects Of Ibuprofen

Medication in any form comes with its own benefits and drawbacks. And ibuprofen is no exception to this rule.(2)

Following are the common side effects of Ibuprofen:

These are the less common side effects of Ibuprofen:

If your body shows signs of allergic reaction to ibuprofen such as sneezing, runny or stuffy nose; wheezing or trouble breathing; swelling of your face, lips, tongue, or throat, then without batting an eyelid, take emergency medical help.

Black stools and vomiting that has blood are some of the rare side effects of Ibuprofen.

Few women who have taken Ibuprofen for a longer period of time have experienced reduced fertility. Which is why, do not take Ibuprofen, unless prescribed by a doctor or medical practitioner.

What not to Take with Ibuprofen?

All prescribed drugs come with their do’s and don’ts. Same is the case with ibuprofen.

As a thumb rule, avoid drinking alcohol in any form. This can increase the chances of your falling sick with stomach bleeding.

Also, avoid taking aspirin, when you are taking ibuprofen. In case, you have to take both aspirin and ibuprofen then in that case, take ibuprofen at least 8 hours before or 30 minutes after you take the aspirin (non-enteric coated form).

Never make the mistake of taking ibuprofen than what has been prescribed to you, as you do not know how much your body absorbs. Before taking ibuprofen, if you haven’t eaten something healthy or filling, then the chances of vomiting can’t be ruled out. So always take ibuprofen after food, never consume it on an empty stomach.

Also, a person should not take Ibuprofen if he/ she is bogged down with the following set of problems:

And yes, never ever take Ibuprofen if you have ever had:

When you take ibuprofen during the last 3 months of pregnancy, it may end up harming the unborn baby. So, if you are pregnant, avoid taking ibuprofen medicine (but do consult your doctor first).

If you are breastfeeding, do not take ibuprofen without doctor’s consultation. Also, do not give ibuprofen to a child who is younger than 2 years old. Taking doctor’s advice is an absolute must for breastfeeding moms before taking ibuprofen.

Now that you know the do’s and dont’s on when to take ibuprofen and when to skip it, the dosage and the side effects do practice it in reality. Self-medication is always a harmful practice, so talk to a registered medical practitioner before you take the painkiller ibuprofen.

Write in and tell us how you found this article on Ibuprofen. Share it and circulate it in your network.

How To Become A Fashion Stylist – Your A-Z Guide

Learn 5 Ways To Know How To Make Ubtan At Home...

Turn To Mismatched Earrings And Hit All The Right Notes