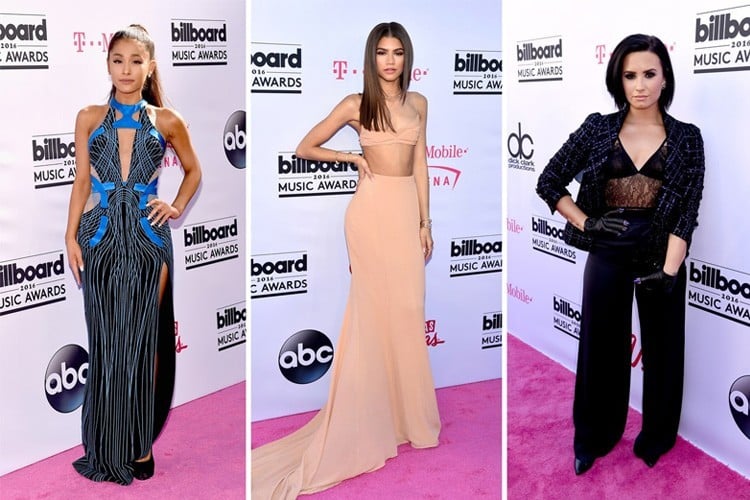 It has not even been a week since the Cannes red carpet got rolled off, and we had a magenta carpet laid out at the Billboard Music Awards 2016. Good that our stars are never tired of dressing up, and so once again we saw them dressed to the nines for the event. Let’s check out the best dressed list.

The ‘Stone Cold’ singer brought her signature edginess in and was dressed for the occasion in a Chanel ensemble. The wide-trouser was complemented with a blazer completing the look. There are more reasons to love Ariana Grande than we know. Not only because she has just released an amazing video this week, the ‘Into You’ singer, was a reminiscent of Kendall Jenner at this year’s Met Gala. And we couldn’t even breathe when she showed up at the occasion in a black and blue Versace dress. To compensate for her tiny structure, she stood tall on Giuseppe Zanotti high heels. 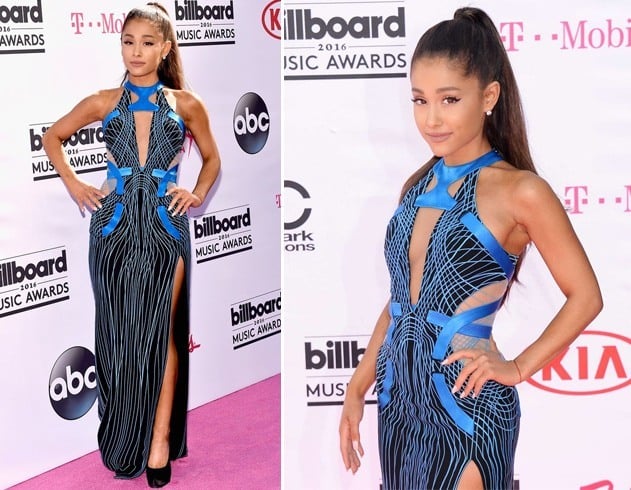 Indian actress Priyanka Chopra has created quite some noise since her Hollywood debut in Quantico. After getting a hang of Hollywood dressing, she was immaculate in her blue floor length Versace gown. Her thigh high slit reminded many of Bella Hadid’s iconic Cannes appearance. Priyanka kept her accessories limited to a pair of Antonini diamond earrings. 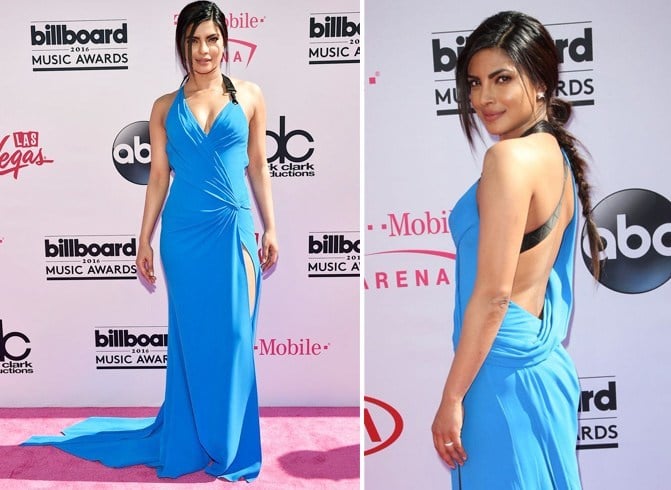 One of the prettiest actresses in Hollywood to have walked the welcoming carpet of Billboard music awards was Mila Kunis. In a short silver Zuhair Murad Couture dress, the actress cut a striking figure. To accolade the strapless dress she wore jewellery by Anita Ko. 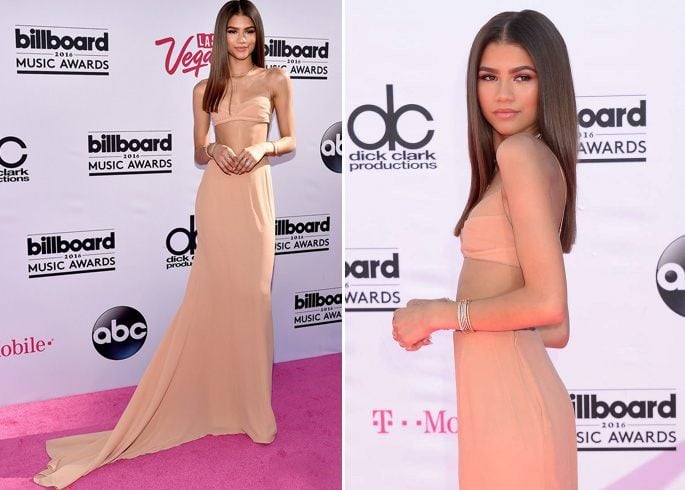 She has had a lot of ‘work’ to do this year. So, it is only fair that she takes some time out for herself and looks prim and proper. Bad girl RiRi was hence very vintage in a Thierry Mugler dress. The shirt-dress was matched with Manolo Blahnik shoes. A brilliant Borgioni diamond ear cuff, with Le Vian diamond ring and a Hearts on Fire diamond bracelet makes the look ‘work’ too. 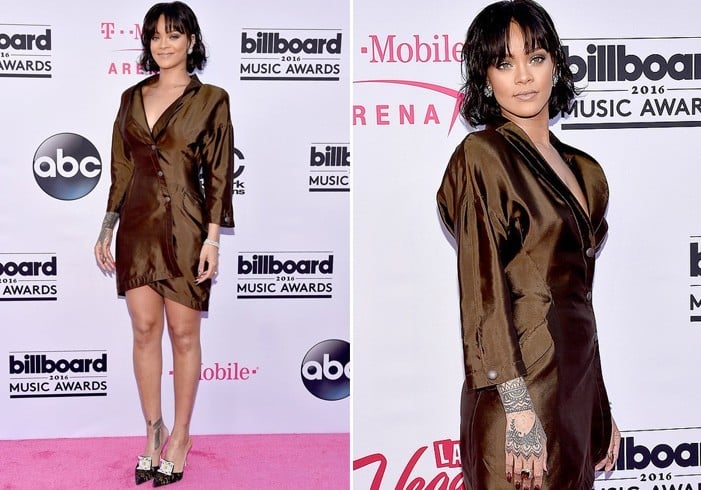 The recent trend observed on the red carpet recently is the exchange of floor length gown for mid length ones. Heidi is one of the pioneers we can say, she was splendid from all angles in her black Alferdo Villalba dress. The off shoulder lacy dress was paired up with Lorraine Schwartz jewels. 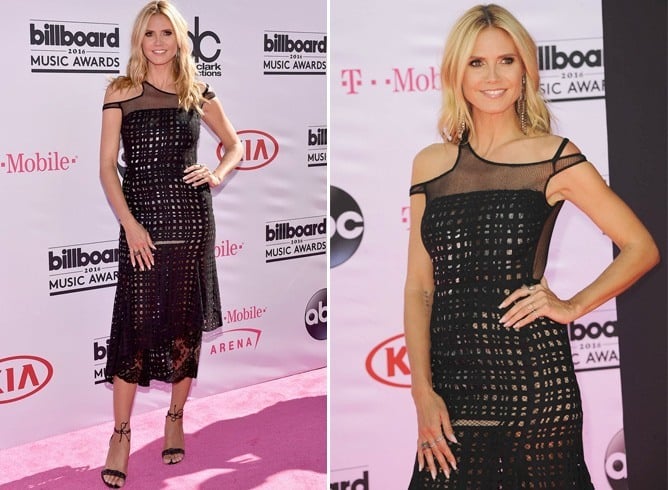 There was too much of a chaos surrounding Kesha’s performance, but at the end, making her victory remarkable, the songstress arrived in a Gucci pant suit that looked much like a matador uniform. Irrespective of the opinions, the singer shone with brilliance in her purple ankle length suit. 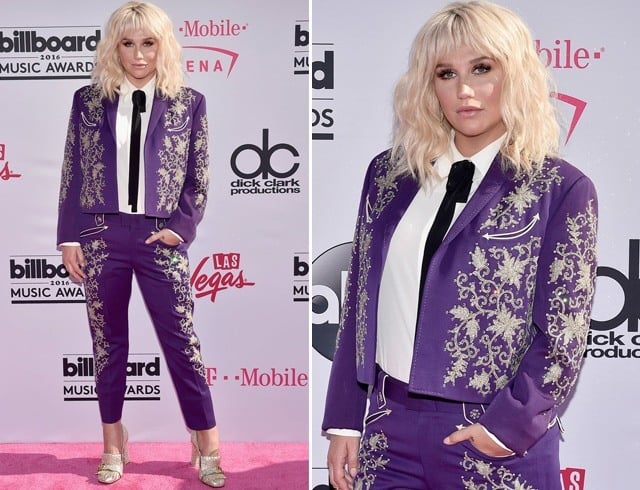 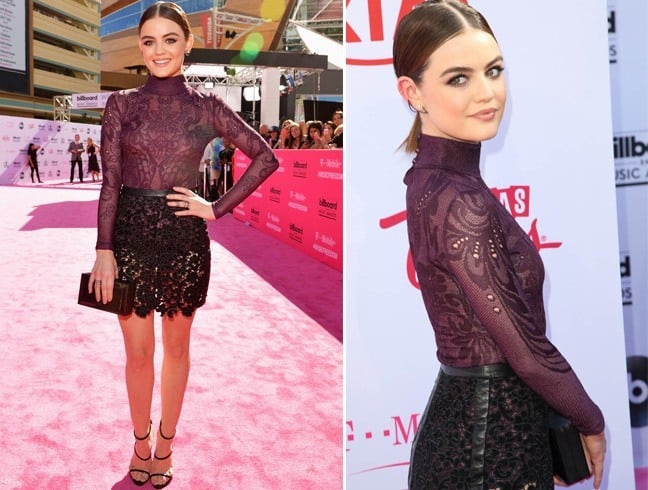 You can have a plethora of new generation stars, but Britney alone is an answer to all of them. The 34 year old pop diva walked across the bright carpet in a lingerie-esque lace creation by Reem Acra. The black tiny outfit boasted an extravagant cape and was rounded up with cage heels by Schutz. The drama was not limited to the welcoming carpet. With Justin Bieber ranting against award ceremonies after winning two of them and the speculation over Kesha’s performance, the BMA was quite an eventful ceremony all together.

Deepika Padukone Continues To Promote Padmaavat and Keeps Us Engaged With...

Stars Shine Down At The Global Citizen Festival India