‘Lipstick Under My Burkha’ is all over the news, social media, banners, just about everywhere! The soon-to-be released film is creating waves and for all the right reasons. The name of the movie itself is catchy and thugs somewhere deep inside, putting us in a state of suspense till its release.

Bollywood has taken yet another powerful step with a campaign where they take a bold stand in the society to stop the stereotypes and restrictions imposed on women. This campaign has gone viral, to say the least. Initially started by Ekta Kapoor and the cast of ‘Lipstick Under My Burkha’, everyone (including men) in Bollywood seem to encourage the idea. Under the hashtag #LipstickRebellion, there is a sea of posts on social media, where women & men hold a lipstick in their hand and point it out with the middle finger. This only goes to show that not caring about what other people think is going to make you all the more strong. The overwhelming response even from the male community is astonishing and encouraging. You go girls!

Well, this campaign isn’t restricted to Bollywood, so be a part of it and encourage the message behind it. Movies like these are eye openers and are definitely the icing to every cake.

If you’ve got doubts on how to do it, just post a picture like the below ones, under the hashtag #LipstickRebellion : 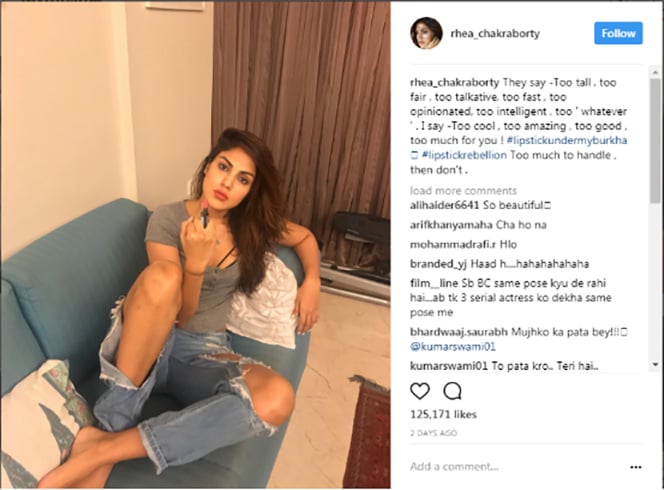 2. Be as bold as your LIPSTICK 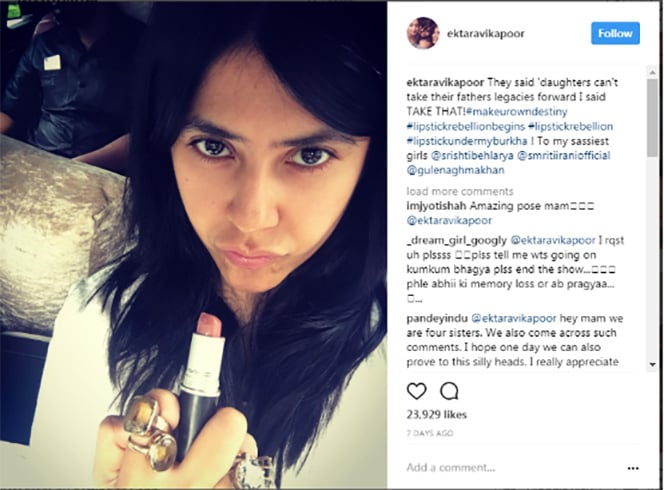 4. Confident is silent. Insecurities are loud. 5. The comeback is always stronger than the setback 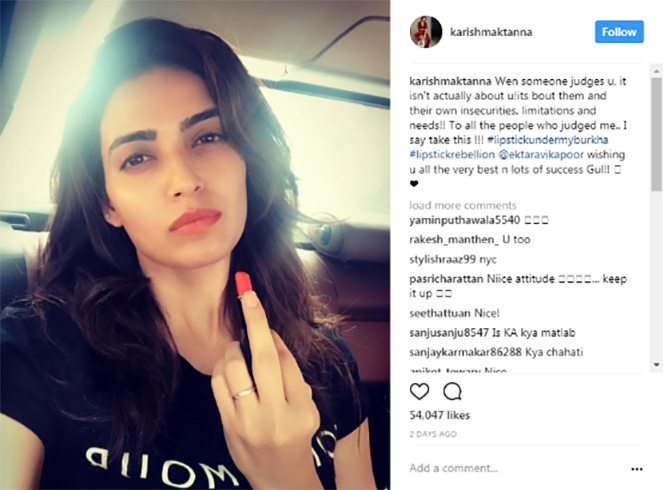 6. We were built tough. Because we are WOMEN. 9. I am under no obligations to make sense to you 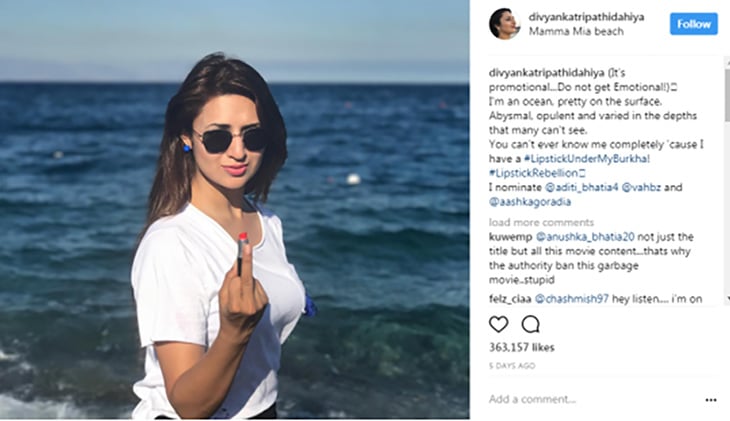 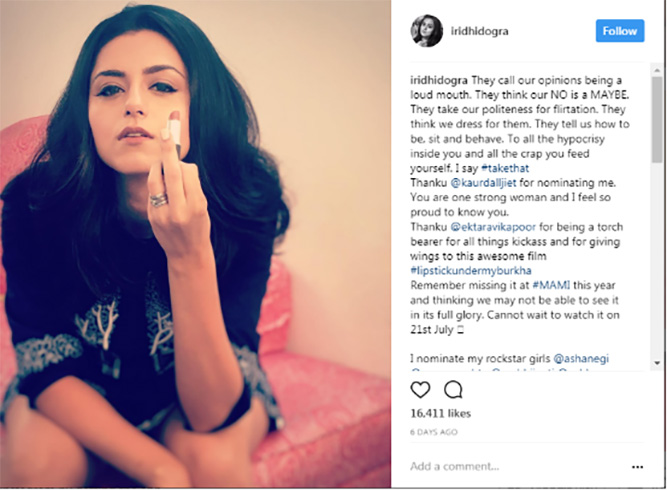 Who run the world? GIRLS.

Bringing Back Baggy Jeans For Women – 15 Retro Styles to...

Fashionlady - November 23, 2017 0
Recently the launch of ‘The Runway Project’ restaurant took place and the celebs made their presence felt with their strong fashionable avatars. Racing with...