Indian Fashion Blog
Home Celebrity Can Anyone Come To Their Rescue: Celebrities And Their Phobias 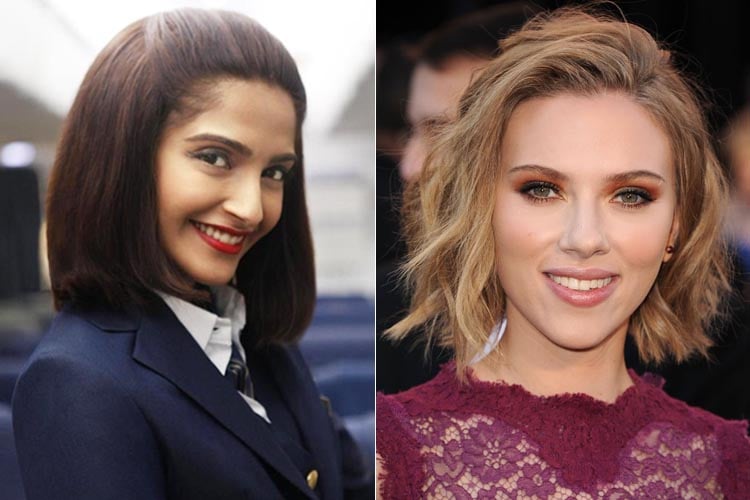 Alright we know that being “brave” is important – whether it is in a heart break situation or a loss of business. But being scared of a lizard, cockroach or any other petty thing? Is it so horrendous, that one has to get scared without any business?

Well most celebrities have been in the news for their fears and phobias (as much as awards and wardrobe malfunctions). Some happen to be rational but few others irrational.

Let’s take a closer look at the phobias that the celebs are victims of. They are not tear-jerkers but scares are after all scares, some big and some small.

“My biggest fear is letting my father down…He is my biggest inspiration…And my life’s mission is to make him proud….and to be the best actor and person that I can”

“My biggest fear I think would be fear of missing out. I need to be everywhere and I need to be doing everything, and I just need to be there…you know…be there.. “

“Is plane landings…Like I need somebody sitting next to me to hold my hand because I feel I’m going to crash and die. Is it strange that I am saying plane landings when I’m doing this for Neerja?”

Well Celina babe has got married to an industrialist, but her phobia is quite strange. She panics at the sight of butterflies considering it’s an insect. Scientifically, it’s called Entomophobia.

Kajol’s little sister Tanisha has been in the news for the wrong reasons, considering her split with Armaan Kohli after her love equation with him in Bigg Boss. But it is her fear of live audience that is a major phobia to her. Makes sense as her films kind of flopped and her only claim to fame is being Kajol’s sister.

The Dirty Picture superstar Vidya has been quite bold and phenomenal too in the roles she played in films. Nothing can faze this actress, but for a cute and cuddly house cat who she fears. This is called Ailurophobia which is affecting Vidya.

Yeah, according to news and rumours, Anushka and Virat Kohli have reached a breaking point in their relationship.

Did you know Megan is heavens afraid of touching dry paper and germs? This is one reason why she avoids using public toilets or cutlery in restaurants. She is scared of the dark too.
Fox said to Allure’s June 2010 issue, “Every time someone uses a bathroom and they flush, all the bacteria are shot into the air. Putting my mouth where a million other mouths have been, just knowing all the bacteria that you carry in your mouth? Ucch!”

Megan Fox has yet another fear, of looking at her own photographs. She was afraid of looking at her photos and videos from Transformers, after its release. According to a report, she drank champagne to get the courage to watch her blockbuster movie.

“I don’t watch playback. I don’t look at still photos. I have a phobia for it,” she said in another interview.

American pop star Britney suffers from Herpetophobia. She starts to panic when she sees reptiles, lizards and Komodo dragons.

Guess what this superstar musician and actress is scared of? Thunder, which is why you will never spot her when it’s raining cats and dogs or thundering. This is called Brontophobia which is one of the most common phobias in the world.

The phobia of the reputed talk show queen Oprah Winfrey is interesting. Chewing gum is what has scared her since childhood. So much so that she banned it from a building in Chicago, Il.

Said she to Contactmusic.com” My grandmother used to save it (chewing-gum) in little rows in the cabinet. I’d be scared to touch it because it was so gross, so I have a thing about gum,” she said.

“One guest in my home sat at the dinner table, took out some gum from her mouth and put it on her plate – after she left, I threw the plate out,” said Winfrey.

Which of these phobias brought a shiver down your spine? Send us your replies on our Facebook, Insta and Twitter engines.

Adele Proves Size Is But A Number And Talent Is Everything

Uses Of Toothbrush As A Beauty Tool

Cultivate These Habits to Succeed in Your Career

Here Are 3 Divas Who Inspired Us With Their Fashion And...

Fashionlady - June 8, 2017 0
Just like how we struggle to run along with time, keep up with the pace of events unfolding and balance the work and personal...