The 19th Mumbai Film Festival organized by Mumbai Academy of the Moving Image (MAMI) is scheduled to take place from 12th to 18th October of 2017 and we are all geared up to catch live, the glitz and glamour of the show world.

Alia Bhatt, Vidya Balan, and Parineeti Chopra made a remarkable appearance, a few days ago, at the start of the festival. And now, we have many more of the film world flowing in flashing dazzling smiles and gorgeous styles. Peek in for details-

The timeless beauty, Sharmila Tagore was spotted at the grand Jio MAMI Mumbai Film Festival looking ethereal in a soft yellow plain colored sari. A box clutch, sparkling jewelry was her accessories for the event in play. Pinning her pepper hair into a low elegant bun, she looked royal. 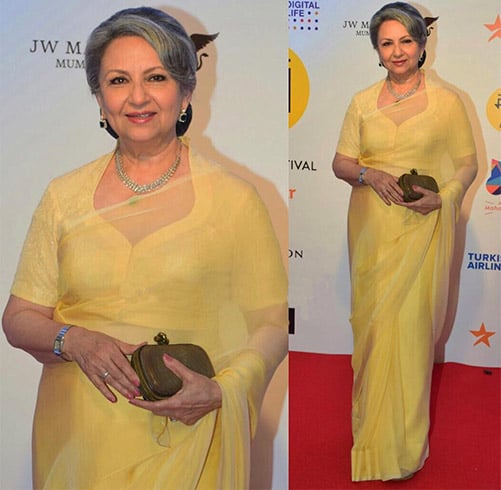 Beauty has no boundaries and fashion has no limit. Proving both the point right in true sense was Sridevi at The Jio Mami film festival. Playing an all prints theme in Anamika Khanna label, she looked smart and stunning. Hermes envelope clutch in a murky shade and black sandals rounded her uptown, chic look. Wearing a ponytail with a slight puff near the crown, she looked young and attractive. From airport vogue to red carpet looks, 9 yards are becoming the major choice of outfit. Giving in to this notion was Huma Qureshi at the Mumbai Film Festival in a black Anavila sari. Wearing the sari with a sleek pallu, elbow length sleeved blouse, she gave the regular sari style an interesting touch. Silver jewelry accompanied her style with the sleek hairdo. Like a bombshell, bright and beautiful was Saiyami in a Payal Khandwala outfit. We vaguely remember seeing Aishwarya Rai playing a similar combo of shades in sari style. We liked Aishwarya then and we like Saiyami now. Adorning Curio Cottage jewelry and tying up her hair neat and sleek into a pony, she was enigmatic with her piercing eyes. 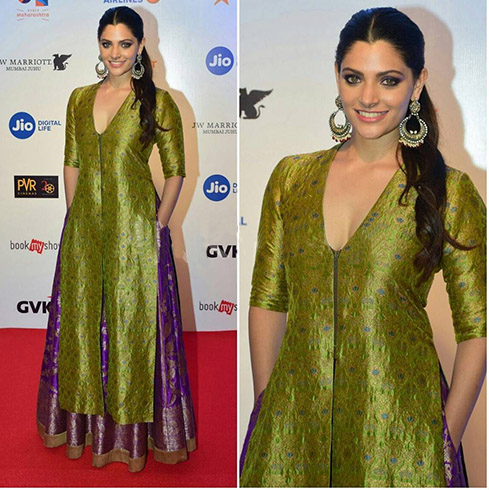 Diana Penty always wins our hearts with her charismatic styles and there she was again in black classy Nikhil Thampi outfit looking fabulous at the Jio MAMI Mumbai Film Festival. The sequined off-shoulder sleeves surely added an Egyptian look to her style. With side clipped wavy hair, she rolled out a sexy avatar. 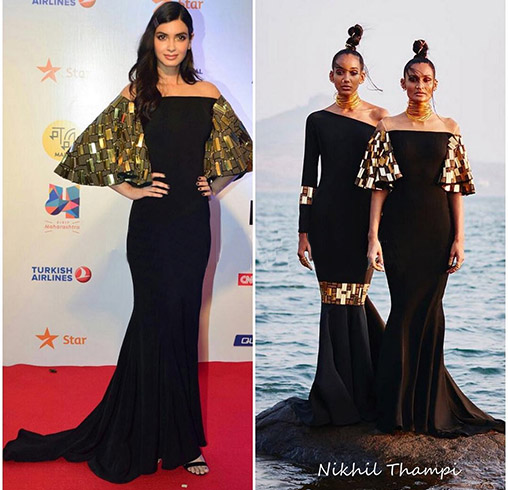 Kangana is not just known for her bold statements but also for her bold fashion choices. She dressed up in an Ulyana Sergeenko cream and crimson dress. With Tom Ford pumps in the similar metallic shade, she rounded her sexy hit look. 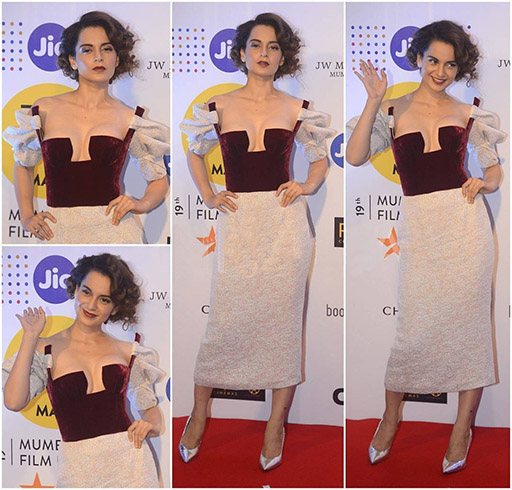 She was also spotted post the event in a classy royal blue Victoria Beckham outfit. 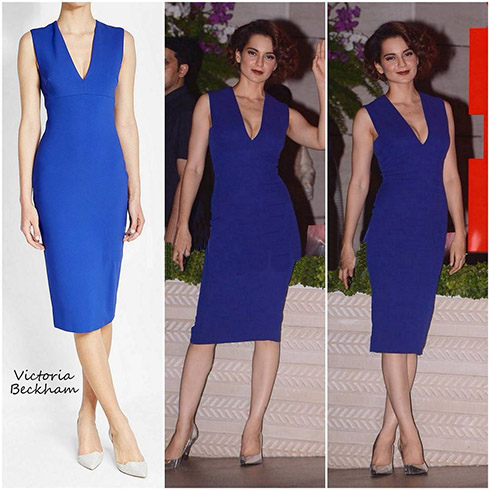 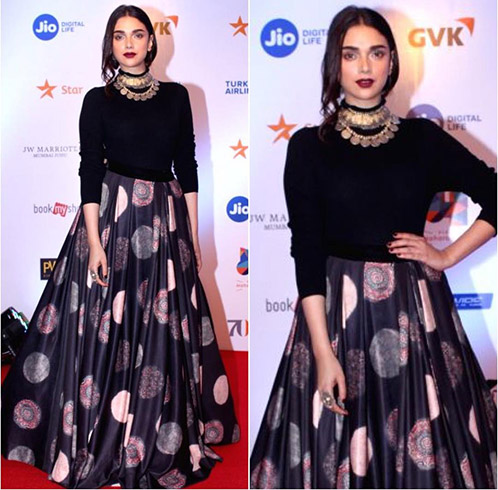 Doing a perfect ethnic avatar was Kalki Koechlin in a Rimple and Harpreet Narula outfit. Giving herself a vintage hairdo, she rocked the style with amazing grace and panache. Doing a similar fashion like Aditi was Rasika Dugal in a navy blue shirt and skirt from Raw Mango. Adding a Sangeeta Boochra necklace and Boga clutch, she rounded her look with amazing attitude and glamour. Hope you enjoyed the post! Don’t miss out the Jio MAMI Mumbai Film Festival that will be rolling into the weekend.

The Scoop On The Difference Between BB , CC And DD...