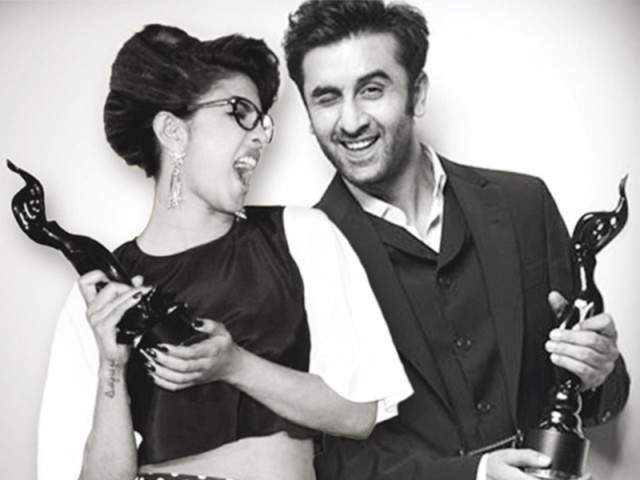 Filmfare Awards, the biggie award night of Bollywood celebrates the magic and enchantment of Hindi Cinema. Held on 24 th January 2014, it brought together the biggest names, legends, talents, beauties and stalwarts of the Bollywood film industry.

Priyanka Chopra and Ranbir Kapoor were the fun and glamorous hosts of the Filmfare Awards 2014 night. Ms Chopra arrived in a stylish, shiny Rolls Royce which created quite a stir at the event.

At this star-studded affair, there were entertaining performances from Salman Khan, who is on a high considering his “Jai Ho” got a great response from the public. There were other power packed performances by Madhuri Dixit, Katrina Kaif, Ranveer Singh and many others.

But, the awards function has gained popularity for the fashion seen on the red carpet: With the gorgeous divas in designer outfits costing an arm and leg walking with poise, confidence and elan.

Here are some of the best dressed celebs from the award night: Dare to bare divas This newcomer and debutante with the movie “Shuddh Desi Romance” turned up in a stunning, skin-revealing purple backless gown. With a long slit running across the thigh and being a one shouldered gown, the generous skin-show act did become a head turner. She wore long golden earrings and chunky bracelets with an elegant hair bun.

This dress designed by Nikhil Thampi became the talk of the award night. 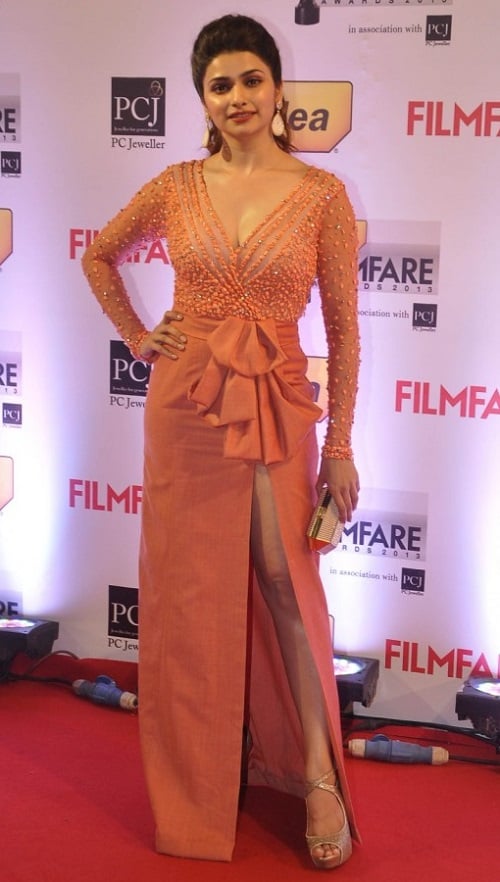 With a plunging neckline studded with silver crystals and beads, the waist had a lovely sash bow followed by a daring long slit across the thigh. With red lips, silver danglers and a puffed hairdo, she successfully walked the tight rope by looking pretty and glamorous.

While Alexander McQueen gowns and Herve Leger dresses copied from Hollywood award nights were abundant in sight, we loved these ladies who wore lovely sarees, anarkalis and looked gorgeous. This is one of my personal favorites from the award function which is a perfect balance of East Meets West. The cream colored skirt with gold pattern designed by Anju Modi flowed beautifully on the actress. She teamed it with a black midriff baring blouse designed by Payal Singhal. With dark eye make-up, a high bun, statement necklace and a black clutch in hand, Neha Dhupia looked pretty as a picture. 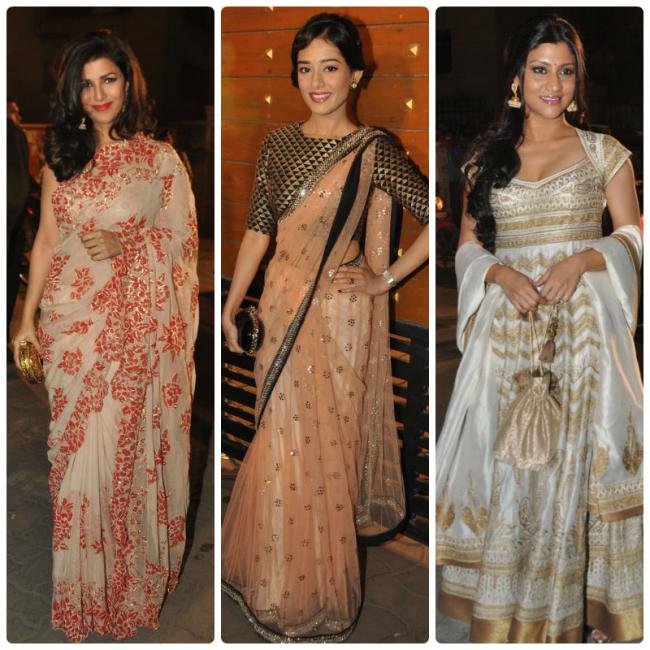 We loved the white and gold embroidered floor length anarkali designed by Rohit Bal and worn by Konkona Sen. With her pretty jhumkas and accentuated make-up, she looked lovely!

Nimrat Kaur from the “Lunchbox” fame came in a cream and orange saree with bold red lips. While the petite beauty Amrita Rao looked like a doll in gold and black saree.

Our leading actresses turned up in outfits which were worn by celebs at Hollywood award functions in last few years. 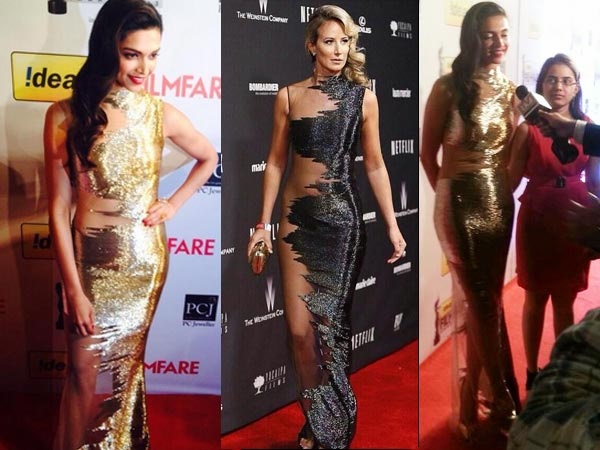 Deepika Padukone turned up in a dazzling gold dress which is an exact replica except for the color of the dress worn by Lady Victoria Harvey at Golden Globes 2014.

Priyanka Chopra wore an Alexander McQueen embroidered leaf crepe dress which was worn by British Actress Naomie Harris in London at the premiere of “Mandela; Long Walk To Freedom” in Dec 2013.

Which outfit and celebrity did you like the most? Let us know!

MAMI 2017 Was Fashion and Wits In One Frame

Balayage Vs Highlights: What Is The Difference?

10 Signs And Symptoms Of Twin Pregnancy