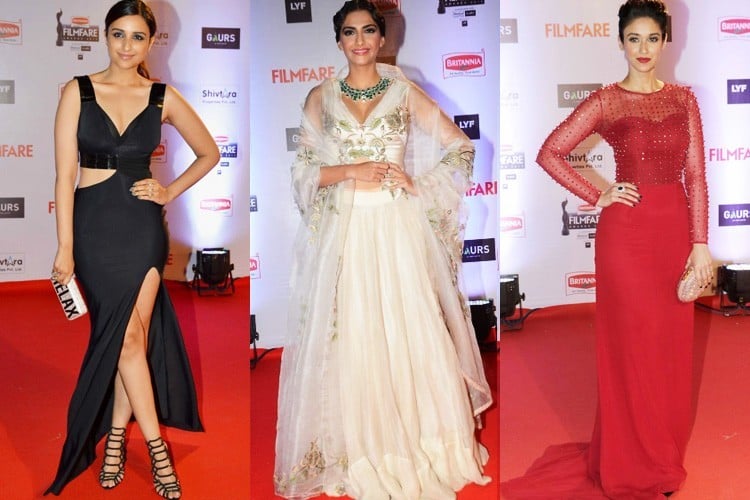 61st star studded award show presented by Filmfare was everything anyone bothered about this weekend. Being one of the most prestigious award nights of Bollywood, the event was hit by a flood of gorgeous people dressed in their best to gravitate all the eyes. And can we blame our eyes if they gawk given a sight like this? Well, here’s presenting you the best dresses divas who glided through the red carpet on 15th of January 2016. The last one will get you weakest on your knees like never before.

Move over Sonam Kapoor, Athiya Shetty is Bollywood’s new style icon! And she has proved it numerous times since setting foot on the pastures of B’town. Who needs an award if you look like one anyway? Dressed in a mid-night blue Monisha Jaising number, Athiya was the sole personification of the Filmfare Award in herself. 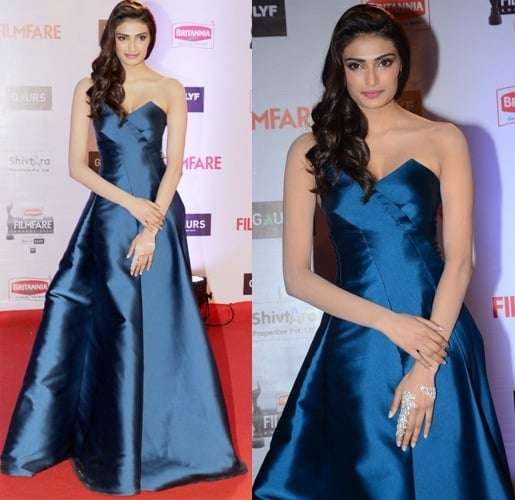 This years, like any other in the recent past was Deepika Padukone’s year. Girlfriend doesn’t really need those designer threads to look like a million bucks, but the award night is worth all that effort this ‘Mastani’ put in. Having portrayed two diversely styled characters in Piku and Bajirao Mastani, the event got Deepika in her natural style. With matching nails, lips and jewels, the floor length red hot Ralph & Russo gown had Deepika in her true color – red is indeed the color lust. 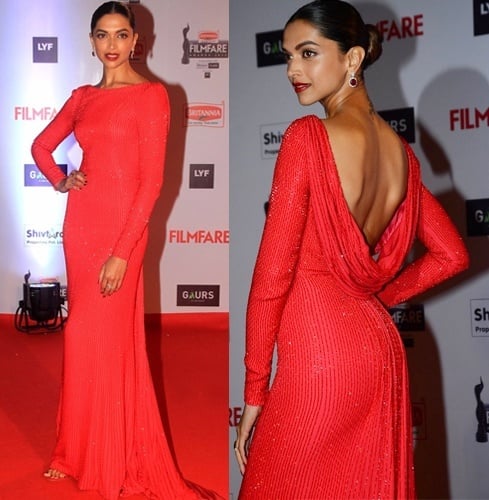 Remember how Kareena wore mismatched shoes in KKKG? Well if you look at Alia’s feet, you will know why we call her Bebo’s younger version. The young version of Kareena Kapoor doesn’t need to burn a lot of sweat to stand out in a crowd full of dazzling stars, does she? The award night was no exception when Alia showed up in this floral Sachin & Babi high low gown. Those curls were just an extension of the floral theme of the dress, I like to believe.

Any special B’town event and you better fess it up that you wait for Sonam Kapoor’s show. Yeah people, it’s show time, ‘cause Sonam is here. Well, Sonam is known for taking risks with fashion, sometime it works, sometimes it doesn’t. For this Filmfare Awards’ appearance, well, I am a little confused. You decide for yourself- do you think Sonam made it draped in this ivory lehenga-choli by Anamika Khanna. But something that I am totally digging is that chunky emerald neckpiece sitting on her delicate neck. 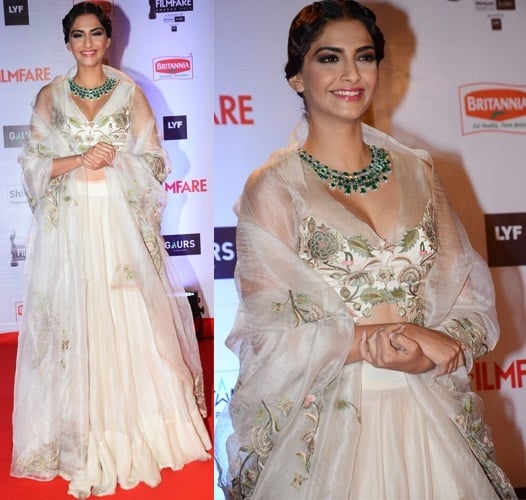 With adorable girl-next door looks, this woman has gone through a lot of dissing for her shape and style. But she has emerged all new, putting everything far behind. Don’t believe me? Just look at this avatar she pulled during the award night. Not sure if that gladiator styled sandal works for this look, but that uber sexy black Shivan & Narresh gown does all the talking here… that plunging neckline, that strategically placed waist cut out and that thigh-high slit…yaaaassss, Pari, that is everything we’ve been awaiting the whole time. 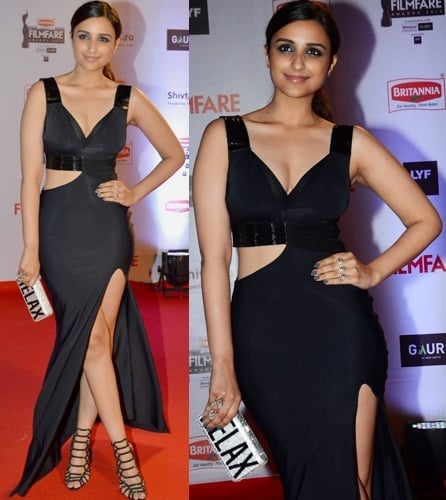 Ileana D’cruz has held the Filmfare Award for her performance in Barfi, so she has every bit of the idea what a Filmfare event is all about. She didn’t make any mistake while choosing this shimmery red gown. The top half of the attire hosted well-planed studs all over cutting down the need of any extra accessory. The light make up and well gathered bun did work in her favor too. 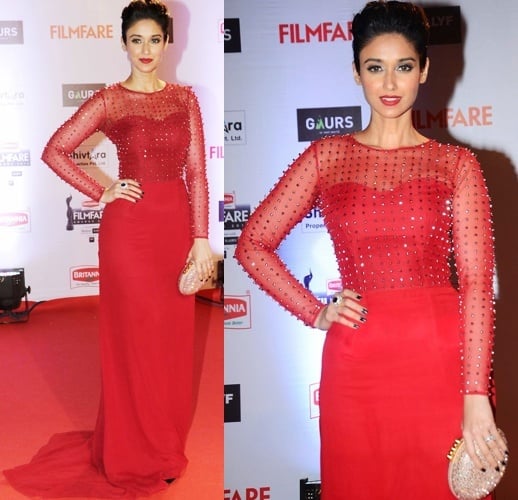 Overdozing on diva-ness? Let me show you something divine now. She didn’t say a word in an entire movie till the last scene and still she sneaked into your hearts even before you knew. Here she is again, dressed like a little angel walked down the stairs of heaven just to attend the Filmfare Award this year. It’s the very cute and sweet Harshaali Malhotra from Bajrangi Bhaijan in this peachy single shouldered dress. A star in the making –we know already.

Must Read – Natural Cures for Fibroids

5 Smart Ways to Dress on a Budget

Deepika Padukone on Holi: A Complete Beauty Guide Inside

Fashionlady - March 5, 2014 0
Neither the fun ended with the Academy Awards nor the fashion carousal. After the big event, the real fun started with strong doses of...