Indian Fashion Blog
Home Fashion Apparels Bollywood Actresses Who Can Rock A Saree And A Bikini With Equal... 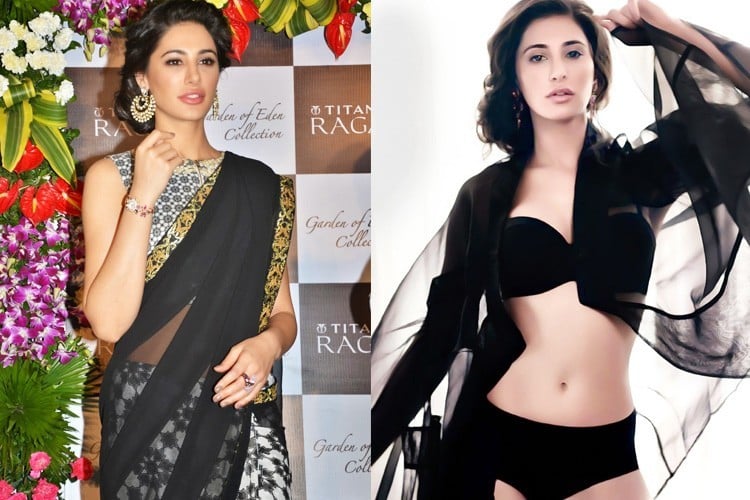 Bollywood has some of the world’s most beautiful and talented actresses and not to forget some of the women who can carry off any kind of style with so much elegance. From Cannes to People’s Choice Awards, our leading ladies have rocked each and every event with a lot of grace and panache.

We Indians are the best at wearing designer wear and of course we are spoilt for choice when it comes to choosing a traditional wear, but the most famous one of them all is our nine yards of pure elegance, better known as a saree! Nine yards of beautiful yarn famous all over the world and our leading ladies have been flaunting these sarees with so much élan!

Did you know that these actresses are so versatile that they carry off our sarees and western wear equally well? We have handpicked some actresses who can rock both the looks very well. Take a look at them:

With her matkas and jhatkas Priyanka Chopra has managed to win quite the number of hearts. The quintessential desi girl carries off the saree as well as she carries her bikini. India’s Miss World has made her mark everywhere. From winning the People’s Choice Awards for her role in American series Quantico to being one of the leading actresses in India, Piggy Chops is one actress who has always been a fashionista! 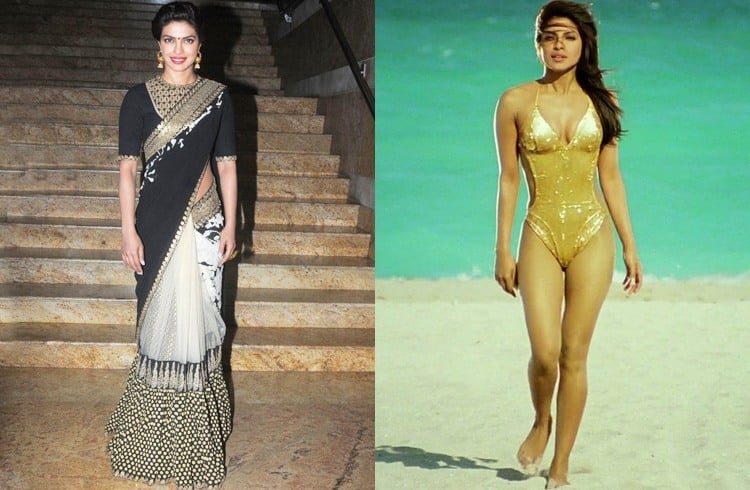 Bebo, our brown-eyed beauty too joined the league of actresses who rocked sarees and bikinis with equal panache. Her bikini-liscious look in Tashan and Bodyguard turned a lot of heads, but we give it to Bebo for carrying off all her looks so well! Kareena also went through a lot of weight fluctuations during this time, but we feel that in every stage of hers, she rocked each and every look! She especially looks too gorgeous in a saree.

Look at how both the Kapoor sisters rocked their western wear: 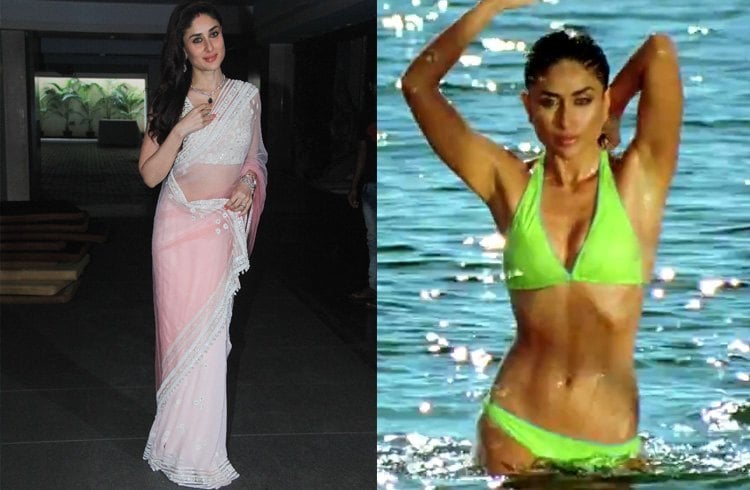 The New Kid On The Block – Alia Bhatt

She is a newbie on the block, but this did not stop her carving her niche in Bollywood as one of the most suave and stylish youngsters. She started with a bang with her debut movie “Student of the Year” and ever since then she hasn’t looked back. The savvy youngster has one of the most enviable closets in the industry and we would love to raid it! 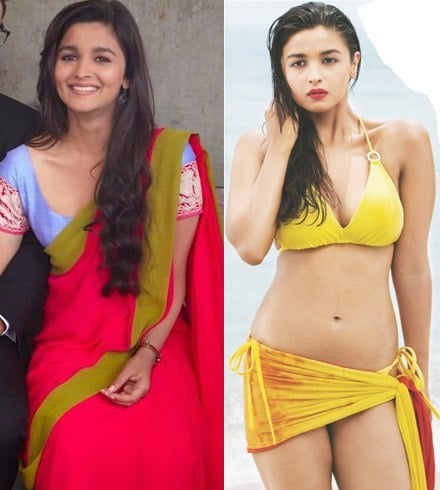 When Anushka first entered the scene, she literally set the screen on fire with her stunning performance in Rab Ne Bana Di Jodi. With every movie, the young actress has evolved and she is known as one of the best actresses in Bollywood right now. Anushka has never shied away from bold roles or bold clothes and what’s best about this versatile actress is that she carries both the sets of attire very well! Her bikini look in Ladies vs Ricky Bahl is one of the most talked about ones! 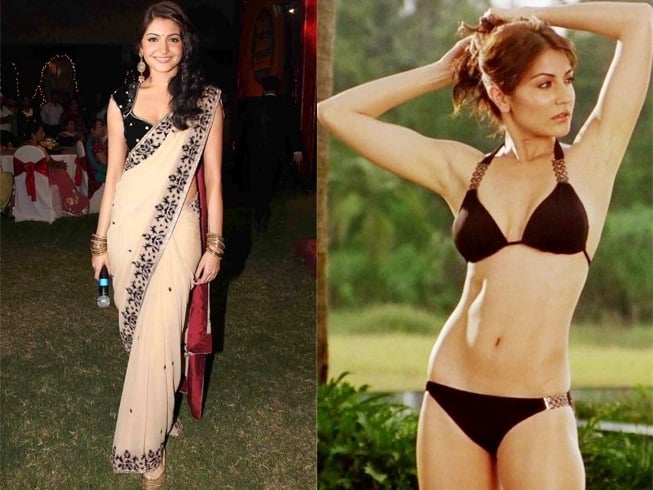 Always impeccably dressed and fashionable, the leggy lady Deepika Padukone has always carried herself with a lot of confidence and aplomb. Whether she is wearing trousers, skirts, bikinis or even a saree, this woman has carried off every single look amazingly. Deepika is every young fashionista’s dream come true and the way she dresses up, we are sure has inspired young women all around the country. So tell us in the comment section who you think rocks both the looks best?

What to Wear with White Jeans

Pregnancy Photo Shoot Ideas – How to Announce Your Pregnancy

7 Stars That Studded the Golden Globes 2016

Casual Looks Of Celebrities During The Week