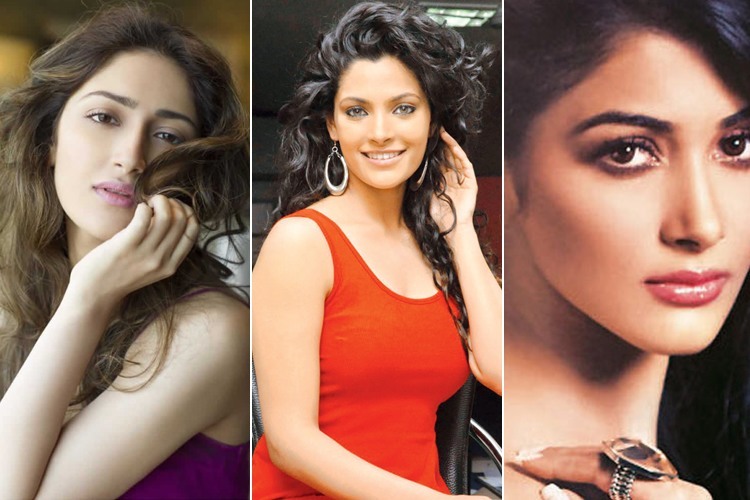 Just like new films and new music videos, there is a new breed of actors and actresses who keep coming each year. Some of them get a chance to play lead roles after a lot of struggle, whereas some others enter into Bollywood due to their parental lineage and backing.

Whatever may be the case Bollywood debut 2016 is there to fascinate audiences, young or old, teenage or adults.

So get a can of coke, beer or whatever and get ready to know about Bollywood debut actress 2016. In short, Bollywood Debutantes who are there to make a name for themselves in the entertaining film industry. All they need is love and acclaim from you.

She is originally from Pakistan, but is very much one of Bollywood Debuts actresses. Yeah, Mahira Khan shall be seen in a pivotal role opposite Shah Rukh Khan in the upcoming film ‘Raees’.

Incidentally she has been named as sexiest Pakistani woman in UK poll.

She has been a Kingfisher calendar girl, who made her film debut in Telugu film Rey in 2014. She is also the niece of veteran actress Shabana Azmi and her mother was Miss India in the 80s.

But the best part is that Saiyani Kher is making her bollywood debut 2016 in Rakyesh Omprekash Mehra’s  film Mirziya where she will star opposite the newcomer Harshvardhan Kapoor who happens to be the youngest son of film star Anil Kapoor.

Grand niece of veteran actress Saira Banu, Sayesha made her debut in a Telugu film ‘Akhil’ opposite Akhil Akkineni.

Sayesha is the next Bollywood Debuts actresses who will be making a mark in the industry with her looks and talent opposite Ajay Devgn in the film ‘Shivaay’.

Bollywood has been the next move for Waluscha De Sousa, after making a mark in the world of fashion and glamour.

She will be playing the lady love opposite Shah Rukh Khan in the upcoming movie ‘Fan’. That’s quite a leap for her.

Daughter of Sachin and Supriya Pilgaonkar, the Marathi actress Shriya has already debuted in her father’s production Ekulti Ek.

She is on her way to big fame as she will be seen in the film ‘Fan’ starring SRK. Book your tickets in advance for 15th April, when this movie will be released.

The National level boxer Ritika Singh is the Bollywood Debutantes in the film Saala Khadoos where she will be seen opposite ‘Tanu Weds Manu Returns’ film hero R. Madhavan. The film is out in cinemas on 29th January 2016, so block your movie timings and seats.

For his period film Mohenjo Daro, director Ashutosh Gowarikar of Lagaan fame has zeroed on Pooja Hegde as Bollywood Debutantes. She will be seen opposite Hrithik Roshan.

Mohenjo Daro is up for release in the last quarter of 2016 and is a story set during the Indus Valley Civilisation.

Yet another promising bollywood debut actress 2016 from Pakistan is Mawra Hocane who will be starring in the film ‘Sanam Teri Kasam’ opposite Harshwardhan Rane.

Remember the little girl who acted in the film Chachi 420? That very girl is grown up now and ready to make her bollywood debut in Aamir Khan’s film Dangal where Fatima will be playing his daughter.

This newcomer babe from Delhi will also be seen as Aamir Khan’s other daughter in the film Dangal.

This little girl was first spotted in Sanjay Leela Bhansali’s film Black. That was then. This year she will be seen in Shekhar Kapoor’s film Paani opposite Sushant Singh Rajput.

Who do you think is the most promising actress who shall make her bollywood debut 2016? Let us have your candid views.

How To Apply Lip Liner: 3 Easy Tricks For Better-Looking Lips