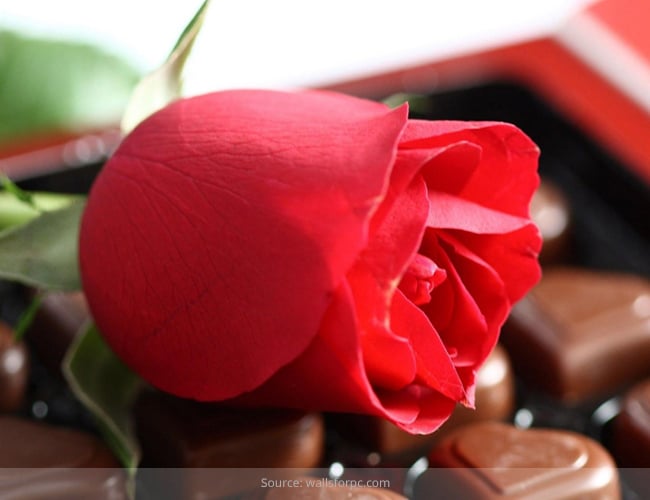 Quickly reply –What is the first thing you think of gifting to your better half for anniversary, birthday or Valentine’s Day? Of all the significant gifts we have right from card, soft toys, watch and wallet to any piece of jewelry and flowers, a bouquet of red roses is the first option that crosses our mind. Did you ever think why it is so?

On the occasion of Rose Day i.e. on 7th February 2022, let’s dig deeper to find out the viable reasons behind the significance of roses in love.

Read on to find out the history and interesting facts about the role of roses in love!

The cultivation of roses, which dates back to 35 million years also has been used for various reasons, like showing affection, for peace, and as a symbol for romance since time immemorial. If you go back into the history of the 15th century, you will come across the event of ‘War of the Roses’, during which the red rose was used as the House of Lancaster’s emblem, while the white rose was the emblem for the House of York.

History shows that the red roses were used as a symbol of love since Cleopatra’s days i.e. 30 BC. The incredibly beautiful Cleopatra had created a carpet of red roses to receive Antony to her bedroom.

However, red roses actually became popular during the Victorian era, as people, by then, had become quite enthusiastic about these beautiful flowers, especially in the color red.

Meanwhile, they had started being used in idioms and verses by literary giants including Shakespeare. Since then, these flowers have been widely used as a romantic symbol. These most beautiful flowers are still continued to be used today by people all across the world.

St. Valentine’s Day, love, and flowers all became inter-related in the 14th century. But 14th February started to be celebrated as lover’s day, especially after Shakespeare composed Hamlet in the early 16th century and also because St. Valentines is commemorated on this Day.

Rose Colors and Their Meanings

While the meaning of each of the roses has been clearly mentioned in the video below, we have also shared the information on more roses and their significance in this post.

Red Rose – It stands for love and romance

Right from Cleopatra’s room to Shakespeare’s verses, the red rose has always been related to love and passion. It also means that if any guy is offering you a red rose on Rose Day then he is confessing his love for you. In simple words, a red rose means, “I Love You”.

Pink Rose – It stands as an expression of gratitude and appreciation

Pink roses are available in various shades. It is a symbol of grace and elegance and is used as an expression of admiration. While dark pink roses signify gratitude and appreciation, light pink means feelings of affection. So if any guy is gifting you a bouquet of different shades of pink roses he is letting you know that he admires you.

Yellow Rose stand for friendship, joy and even used as a ‘get well soon’ message

The color yellow has been closely associated with the sun and yellow roses are an excellent way to cheer up someone. This color sends a message of appreciation along-with feelings of joy and delight. As the yellow roses evoke happiness, they stand as a symbol of true friendship. So if any guy is offering you a yellow rose, you should accept it humbly as it denotes friendship. This is one rose that does not signify romance in any way. These are perfect to brighten someone’s day or say “Thank you”.

Orange Rose – It stands for desire, passion and enthusiasm

Just like the color of the blazing sun, the orange-red indicates desire and enthusiasm. Often symbolized for passion and fervent romance, a bouquet of orange roses should always be carefully accepted.

In some regions, it is indicated as a bridge between friendship and love. The guys usually gift a red rose followed by a yellow and then an orange rose. It purely depends on how your culture is proverbial to this color of expression.

Lavender Rose – It stands for enchantment

This unique color of rose has captured many hearts and imaginations and stands as a symbol of enchantment. In some parts of the world, this color of rose is used to express love at first sight. So if a guy gifts you this rose then feel lucky enough and even appreciate the guy for his depth research on love and rose day.

Ravishing Ruby Gemstone – Fashion Guide On How To Style Ruby...

Fashionlady - February 21, 2019 0
Like we said before, it is the time for awards and the best of B-Town gathered together last night for the Nykaa Femina Beauty...