Geeta’s parents run a convenience store. As per a report on Dailymail.co.uk, Geeta Basra used to help out at her parent’s shop in Portsmouth.

Geeta Basra stayed in the news more after her 8-year courtship with bowler Harbhajan Singh ended with their tying the matrimonial knot.

Geeta married Bhajji at Phagwara a place near Jalandhar in Punjab. Prior to their marriage Geeta said, “I’ve never denied that Bhajji has a very special place in my life. Beyond that, when there’s more to be said, I’ll make the announcement.” Their romance, was very low-profile.

Did you know Geeta Basra in Smeep Kang’s “Second Hand Husband” shares screen space with her real-life man cricketer Harbhajan Singh? Yes, he plays her groom-to-be at the end of the film. Geeta laughs off by saying “The film needed someone with a face and a name to step in as my character’s love-interest at the end. Bhajji agreed. That’s it.”

It goes without saying that Bhajji has been pretty supportive (in fact, very much) of his lady love. Geeta has been spotted many a time in cricket parties alongside Bhajji and other Indian cricketers. Dear Bhajji also accompanies Geeta in filmy parties and premiers.

Few pics of Geeta without a touch of makeup. Like it? Love it? 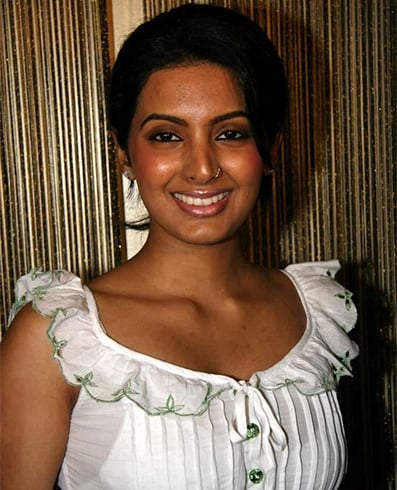 Net Worth: Not known

Like most celebs who make utmost efforts on weight loss, Geeta Basra keeps her weight on watch through stretches, lifting weights, dumbbells and exercises.

For Geeta, extra emphasis is on:

So this was Mrs. Harbhajan Singh for you. Do write in your likes and comments on this blog.

Kurtis To Wear Without Leggings